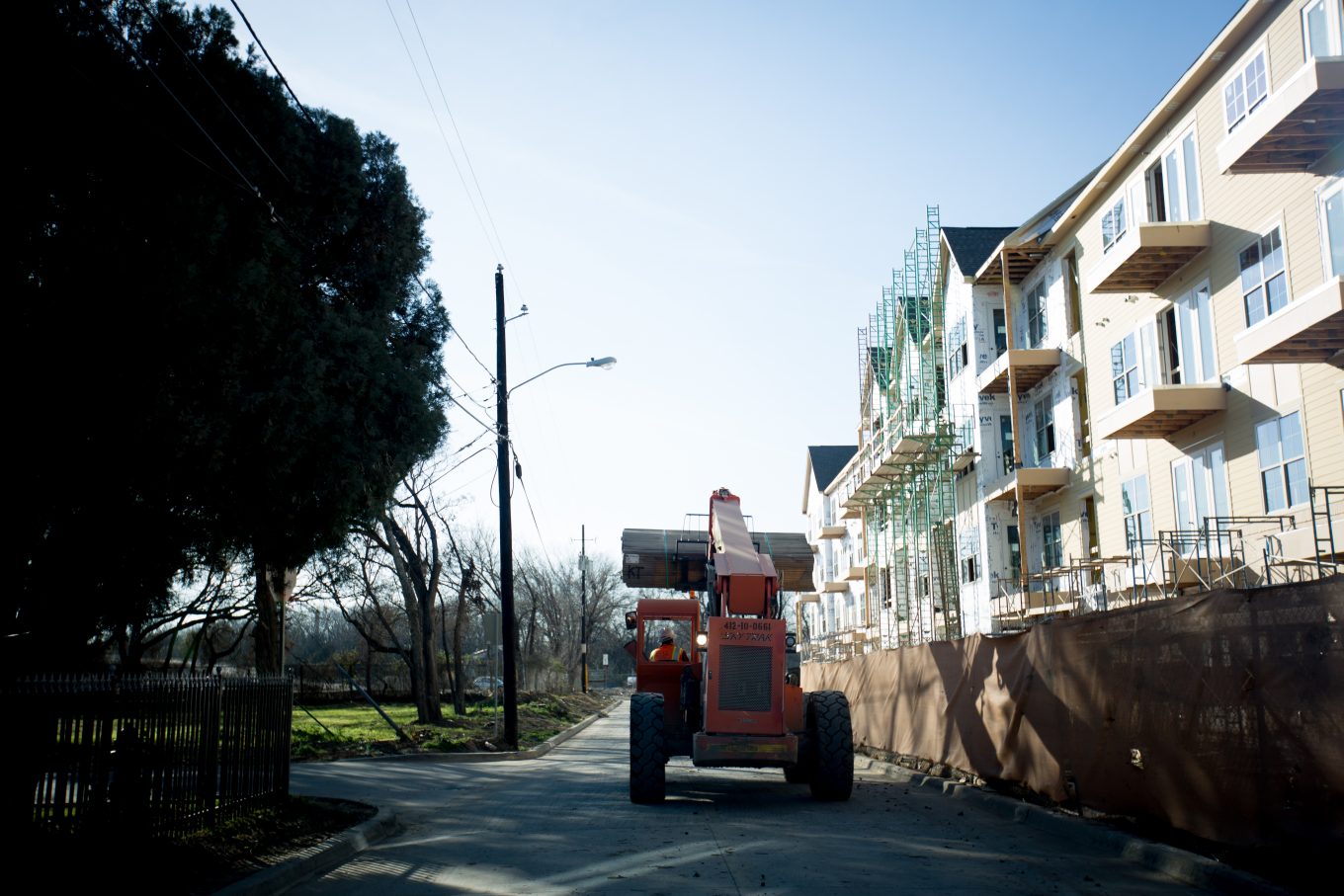 Last week brought news of a potential resolution for the West Dallas families that were served an eviction notice last fall. Still, there are questions swirling about their homes and their future.

Joe Garcia Hopes To Be A Homeowner So He Can Stay 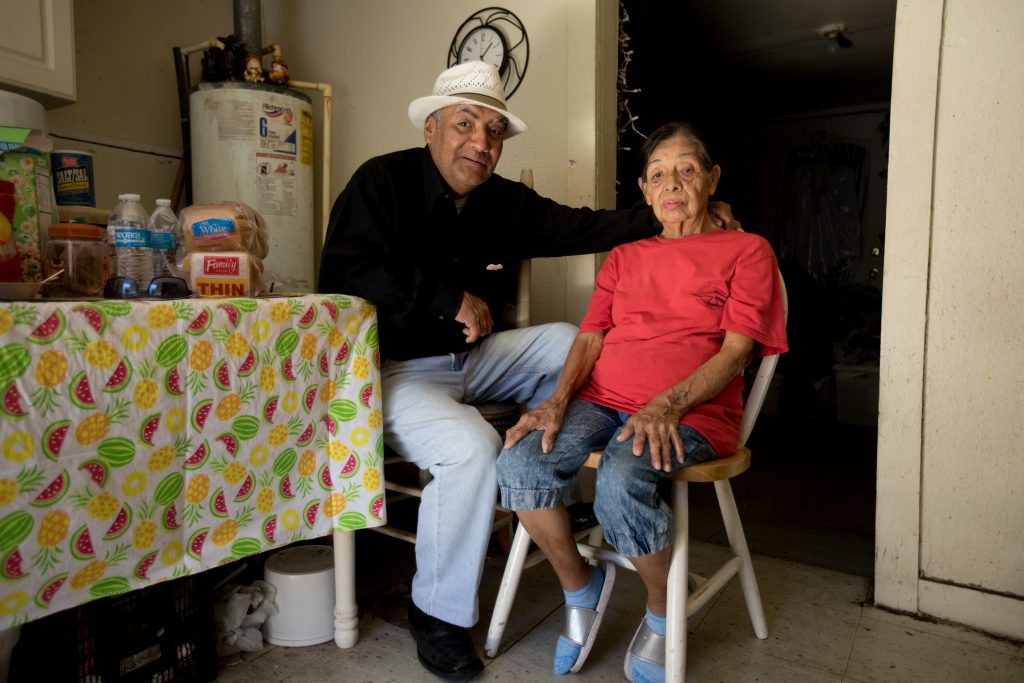 Joe Garcia and his 84-year-old mother, Lily, in their kitchen on McBroom Street in West Dallas. Photo/Allison V. Smith

Joe Garcia drives a teal, 1997 Chevy Tahoe. Perched behind the wheel wearing his trademark white, straw fedora, he gestures across Singleton Boulevard at new luxury apartments going up. He expects he’ll see much more of that kind of construction in West Dallas over the next few years.

“The way that the economy’s going … it’s growing,” he says.

His SUV is parked at the office of HMK Ltd. It’s the company that owns Joe’s rental home and 300 others, mostly in West Dallas. 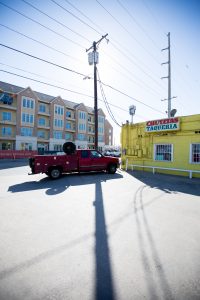 A view of The Austin at Trinity Green apartments on Singleton Boulevard. Photo/Allison V. Smith

Some have recently been demolished and some stand vacant. After the city toughened housing standards, the homes didn’t meet code. Tenants were told they had to clear out by June 3. Recently, a judge pushed the deadline to Oct. 2 — and the landlord offered to make the tenants homeowners.

HMK landlord Khraish Khraish says he plans to sell many more tenants their homes outright — and move others to vacant properties a few streets over. They’ll pay about $575 a month for a 20-year, fixed-rate mortgage.

Khraish says 19 tenants are under contract and eight more are waiting to sign their papers.

The HMK office gives a perfect viewpoint of what’s happening in West Dallas. The old cinderblock building is next door to a used tire shop. Behind it: a cluster of weathered homes.

Directly across the street, though, is a new, sparkling four-story apartment complex.

Garcia isn’t sure how he feels about that.

“Well, there’s good and bad,” he says. “It depends what will come out of it. And how the new people that will be around, their reactions and all, that makes a difference.”

‘It’s Confusing For Everybody’

Garcia has a lot of questions about the future of his neighborhood — and his own future. He takes care of his 84-year-old mother, Lily. He’s never owned a home.

“I tried to get a house once in Oak Cliff but my mom didn’t want to leave the area,” he says. 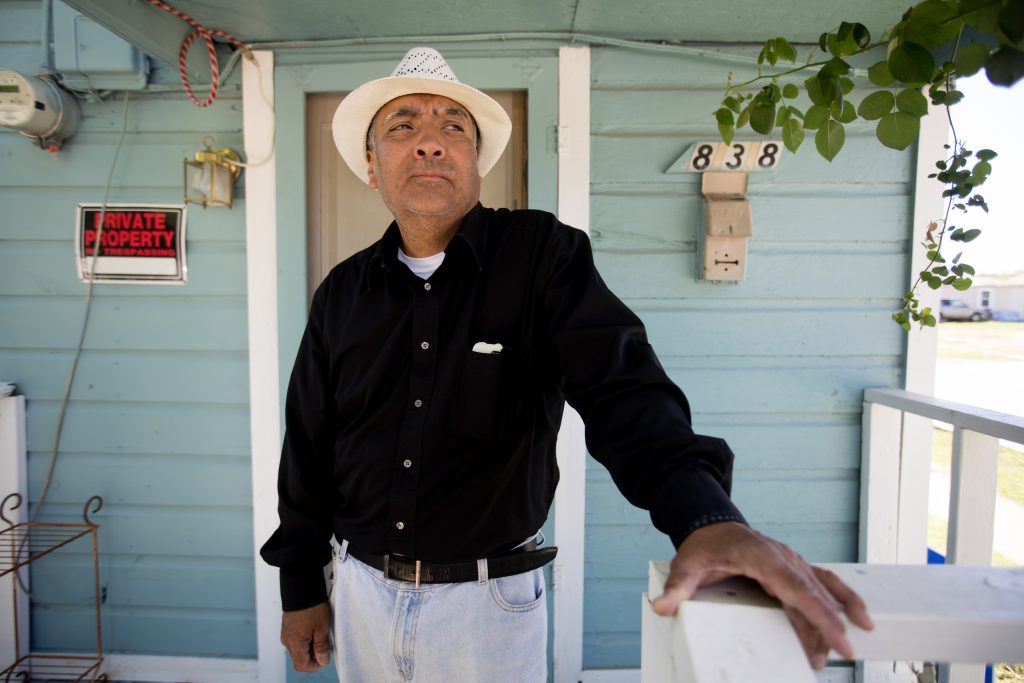 So he never has. He was born in West Dallas and would love to stay there. Garcia hopes he can buy one of the HMK homes that’s up for sale.

“That would make me feel a lot better, and a lot less stressed because I know that it’s mine, and I can do what I want with it,” he says. “Just like an owner would like to have.”

He’s met with the owner of HMK, though they haven’t come to an agreement yet. Garcia says a lot of other families are in the same boat.

“You know all the people that are around the neighborhood, it’s confusing for everybody,” he says.

After months of uncertainty, then a flurry of announcements last week, for Garcia, everything is still up in the air.

And the clock counting down to Oct. 2 is ticking.

“I’m not really able to buy because there’s too much need to be did.”
Pearlie Mae Brown, West Dallas resident 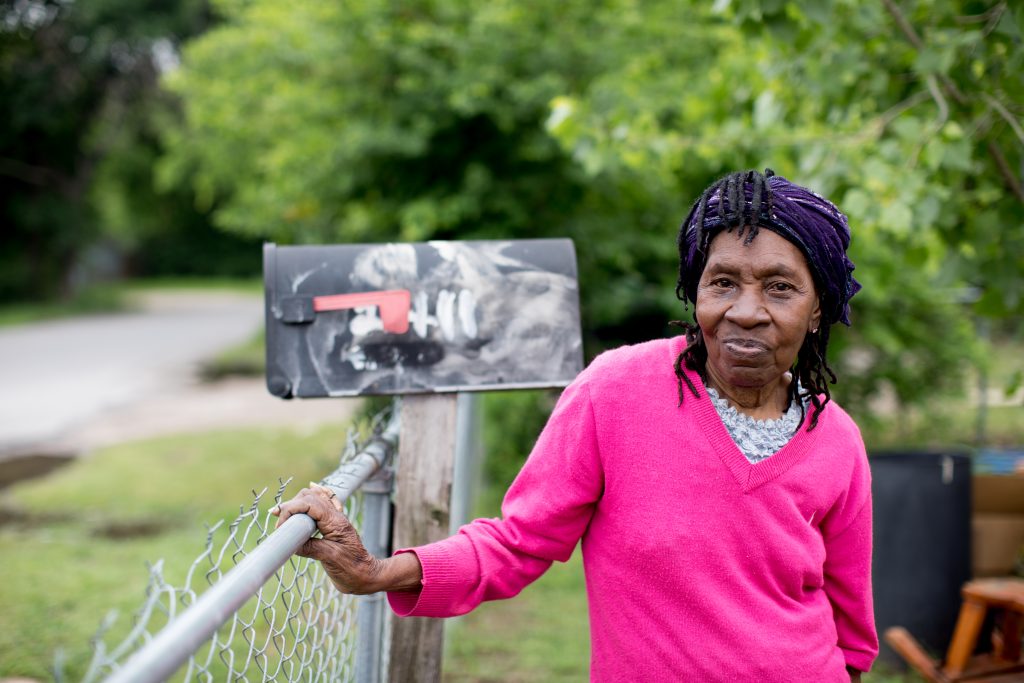 Brown says she likes “her little house,” where she pays $430 a month. Photo/Allison V. Smith

A few blocks south, Pearlie Mae Brown stands in front of her small, yellow house. Her great grandson’s toys surround a tree in her yard. It’s a tree they planted years ago.

Tears well up as she reminisces.

“He was just crawling around and he would take the water hose every morning and water the tree,” she recalls.

Brown, who turns 81 in June, will miss these memories.

Still, she isn’t stressed out as she was before when she had the June 3 move-out deadline. Now, she has until October to figure things out.

“I feel a little better,” she says. “That’ll give me time to do everything.”

‘Not Gonna Give Up’

Brown lives in a six-block area known as Gilbert-Emory. It’s in the shadows of new apartments and townhomes going up along Singleton Boulevard. Her landlord, Khraish Khraish, says he wants to redevelop this little neighborhood. For the people still living there, he’s offering to sell them other houses he owns. 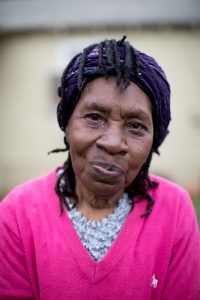 “There was a lot of rumors going around that he was going to sell, but he wasn’t going to sell to the Gilbert-Emory neighborhood because it’s under development,” Harper said. “They’re pushing down houses, putting townhouses.”

Even if Brown is able to buy an HMK rental house, she says with her limited income, and the money she’d have to spend on repairs, she can’t afford it.

“I’m not really able to buy because there’s too much need to be did,” she said. “And I don’t get but $585 a month. And my granddaughter and my daughter and my son — those three have to help me.”

Harper has a simple hope now — that her mother will find another home with none of the stress of this one.

“I’m not gonna give up until I find that place,” Harper says.

After all, Pearlie Mae Brown has spent her whole life in this one neighborhood.

When West Dallas Tenants Leave, They Pay More In Rent -- And Miss Home