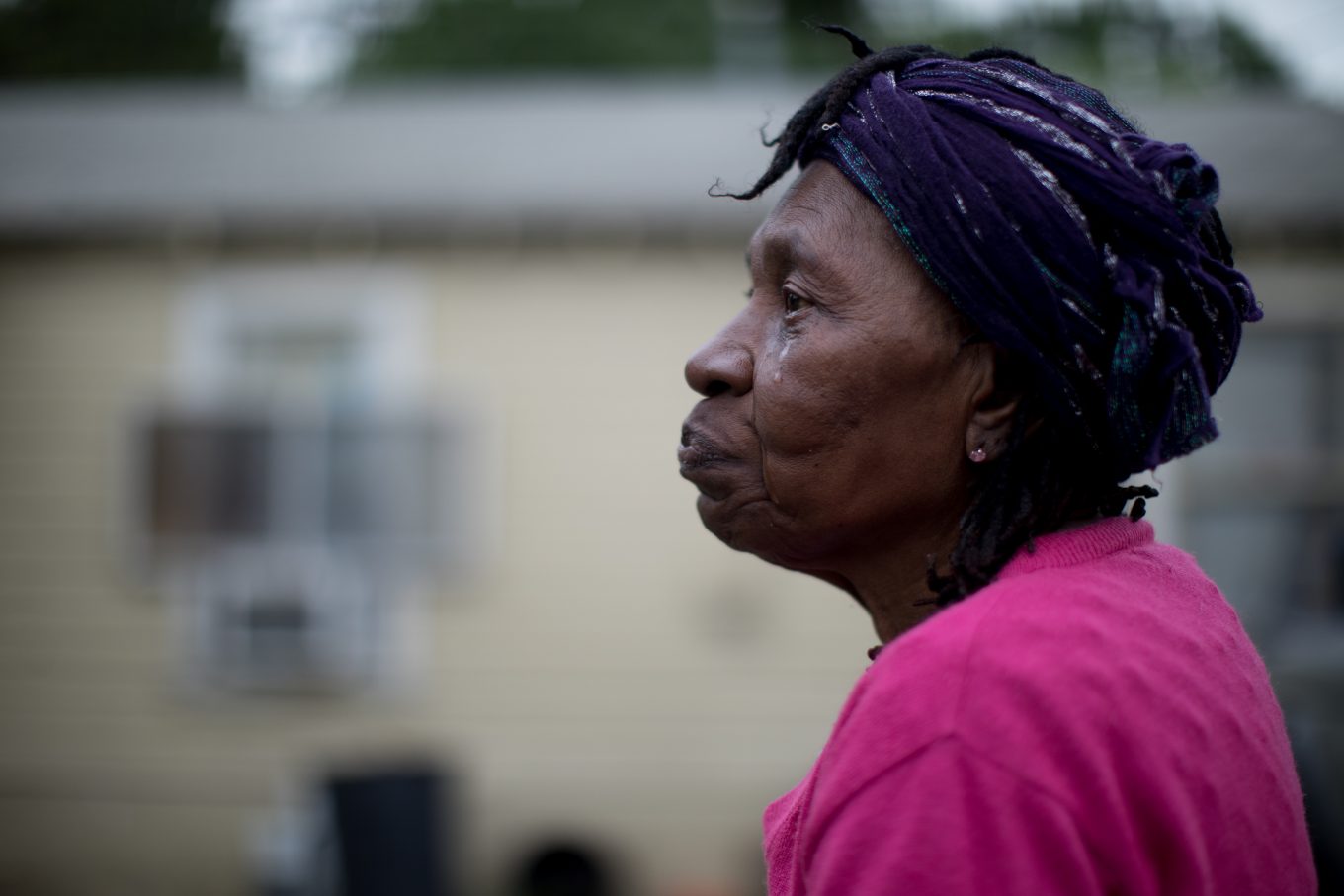 In one West Dallas neighborhood, hundreds of families have been facing deadlines for months to move out of their houses. They rent inexpensive homes from a company called HMK Ltd. After getting eviction notices last fall, many of the 305 families in the neighborhood left. Some of the community’s oldest residents, however, vow to stay until the very end.

Pearlie Mae Brown, a West Dallas native, turns 81 in June. That’s the same month she was told she’d have to leave her home. And possibly, the only neighborhood she’s ever known.

She leans against a chain-link fence, where clothes are draped to dry, and she looks at her small yellow house with chipping paint. Over her shoulder, new apartments are going up a couple of blocks away.

There are tears in her eyes.

“This is my life, and I don’t want it to be taken away from me,” she says. 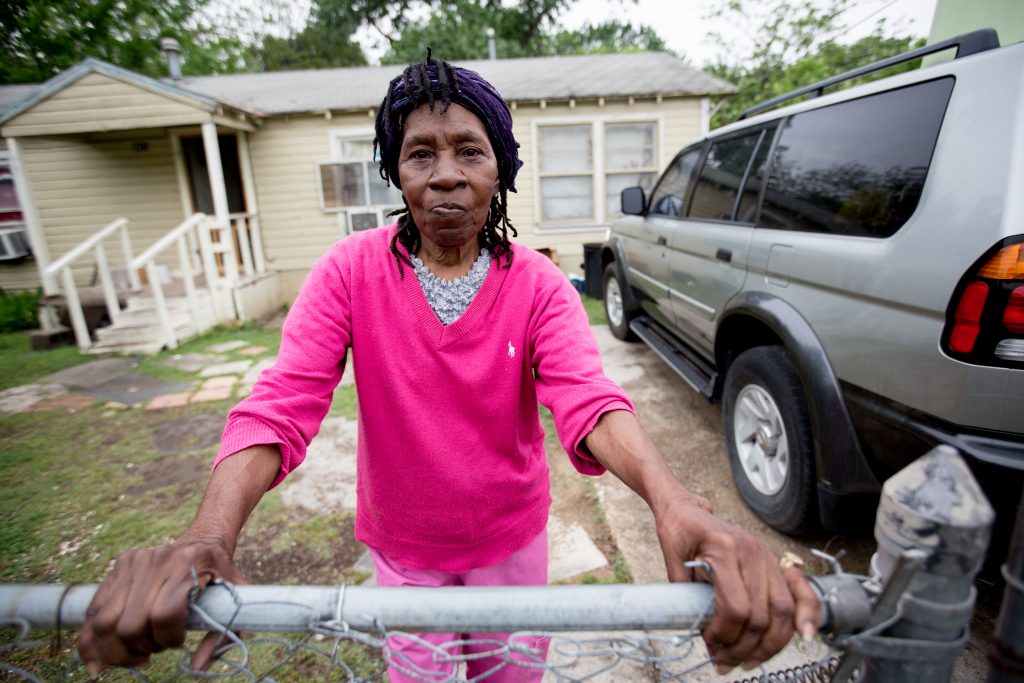 Pearlie Mae Brown, 80, stands outside her home. She has lived her entire life in West Dallas. Photo/Allison V. Smith

Born inside a church

Pearlie Mae has lived in West Dallas her whole life. This six-block neighborhood is known as Gilbert-Emory. Her grandmother settled here nearly a century ago.

“I was born just a block from where I live,” she said. “About four houses down; there’s a church.”

She was born inside that little church.

Everywhere she looks there’s a memory — like the aging blue house down the street where a family friend lives now.

Bennie Kilson lives in that blue house. Everyone calls her Auntie. She also has to move out next month.

“We have been here a long time,” Kilson said. “Most of my grandkids were born down there in that house. And so that will pretty much tear them up, destroy them, because we have to move.”

Timeline: Hundreds In West Dallas Are Losing Their Homes

Last fall, a West Dallas community of 305 families living in HMK Ltd. properties learned they would all lose their housing. Learn more in the timeline below.

‘We just don’t want to leave’

Little by little, this neighborhood in West Dallas is fading away. The lot across the street from Pearlie Mae’s house is vacant. Her next-door neighbors left a couple of months ago.

Pearlie Mae and her family have been looking — in West Dallas, South Dallas, Oak Cliff.  She can’t find anything close to the $430 a month she’s been paying in rent. Her primary source of income is her late husband’s disability check.

Harper was raised in this neighborhood and lives nearby.

“We want our kids, our grandkids, to know where they came from,” she says.

One thing that did help? She joined the Texas Organizing Project, a nonprofit that promotes social and economic equality. She goes to meetings and participates in forums. Now, she has a little hope.

Pearline Brown Harper hopes that after a lifetime in a rental home, her mother finally gets to feel what it’s like to own something.

“My goal is to make sure she’s placed in her own home before she passes,” Harper says.

That’s a dream a lot of the residents facing that June deadline share. Pearlie Mae Brown vows to stay in her fading yellow house until the final day.

THE LATEST IN ‘NO PLACE TO GO’

How West Dallas Families Are Coping With Changes