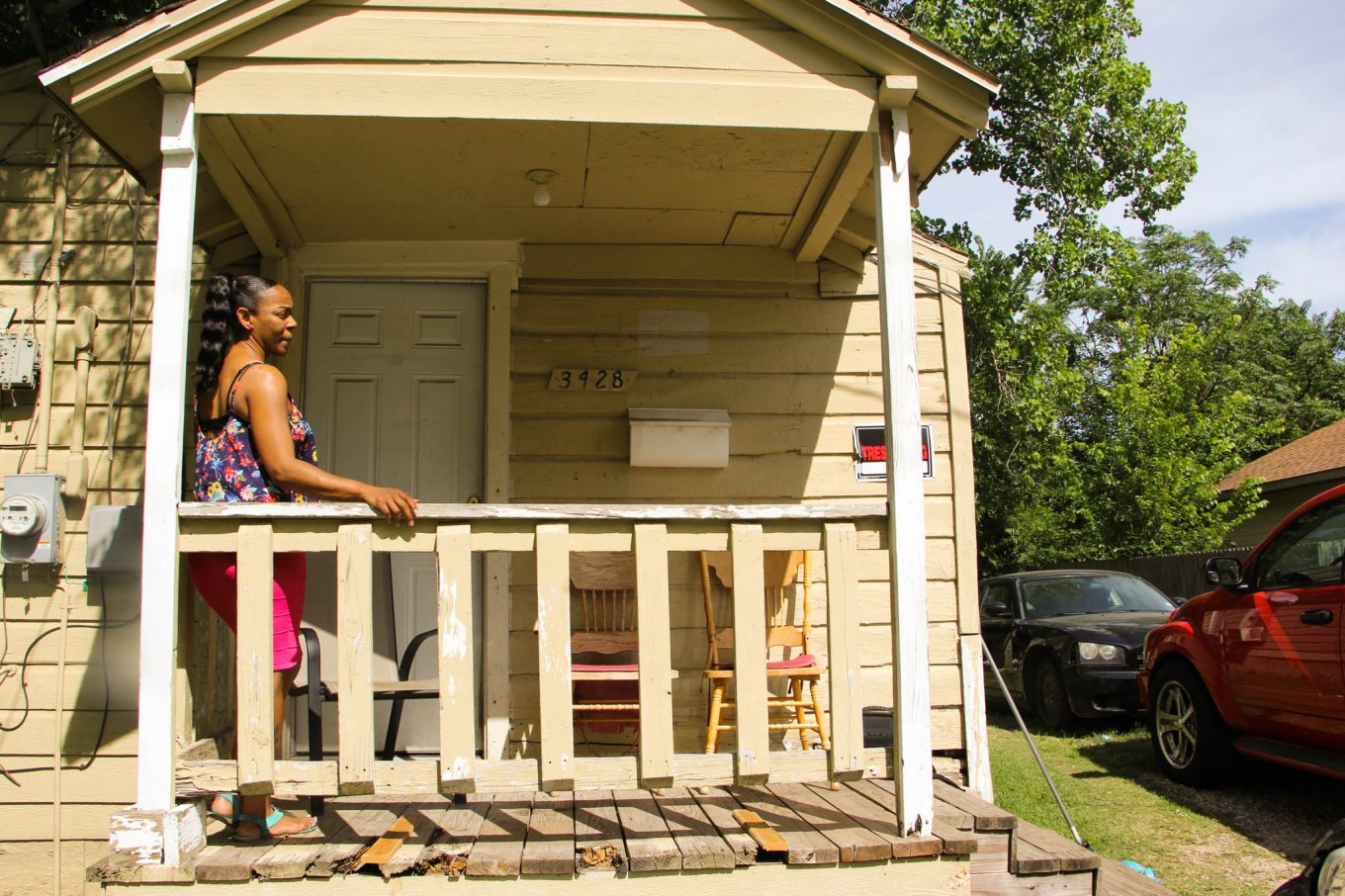 In West Dallas, new development and tougher city housing standards have forced 300 families living in HMK Ltd. homes to move out by June 3. These families pay as little as $300 a month in rent homes. The company says it it can’t afford to fix up the houses to meet city code with rent that low. Now, residents who haven’t already left are faced with their next move, but many don’t know where to go.

‘Don’t take over. Come over and join us.’

Ashton Elder, 30, has been a resident of West Dallas her whole life. She has four children: three daughters and a son. Before moving into a HMK-owned home, the family was staying on couches. Now, they face an uncertain housing situation again.

I had my own apartment, but I lost my apartment due to an issue. So it was like, I was sleeping on the couch with my kids. It went from staying in our own four-bedroom townhome for 13 years to sleeping on the couch and on people’s floors for like a year and a half, and I couldn’t deal with it anymore. I just, me and my kids needed somewhere to stay, so I do appreciate HMK, I’m not gonna lie; they’ve been very helpful.

I’ve been in an HMK home going on for about three years now. Back in March, the 29th, I actually got my keys. The day of my son’s birthday and that was his birthday gift — we was moving. My house doesn’t look as bad as the other homes. I have a two-bedroom with a den. I turned the den into a living room and one room into a room. So I made it to a three-bedroom.

I’m not knocking the changes they are doing, because there’s nothing wrong with improvement. I just feel like, me personally, I think it’s wrong that they’re trying to kick us out and take over. Don’t take over, come over and join us. We look out for each other. Sister Ida is across the street, she’s sweet. Mr. Robert, I love Mr. Robert, if he sees I need help, he comes and helps me.

It’s just the community, the environment within itself is a caring and loving environment. I would hate to go and try and find the same love in another area and can’t find it. So, to me West Dallas is love. I love my hood. I love West Dallas, I really, really do. Honestly.