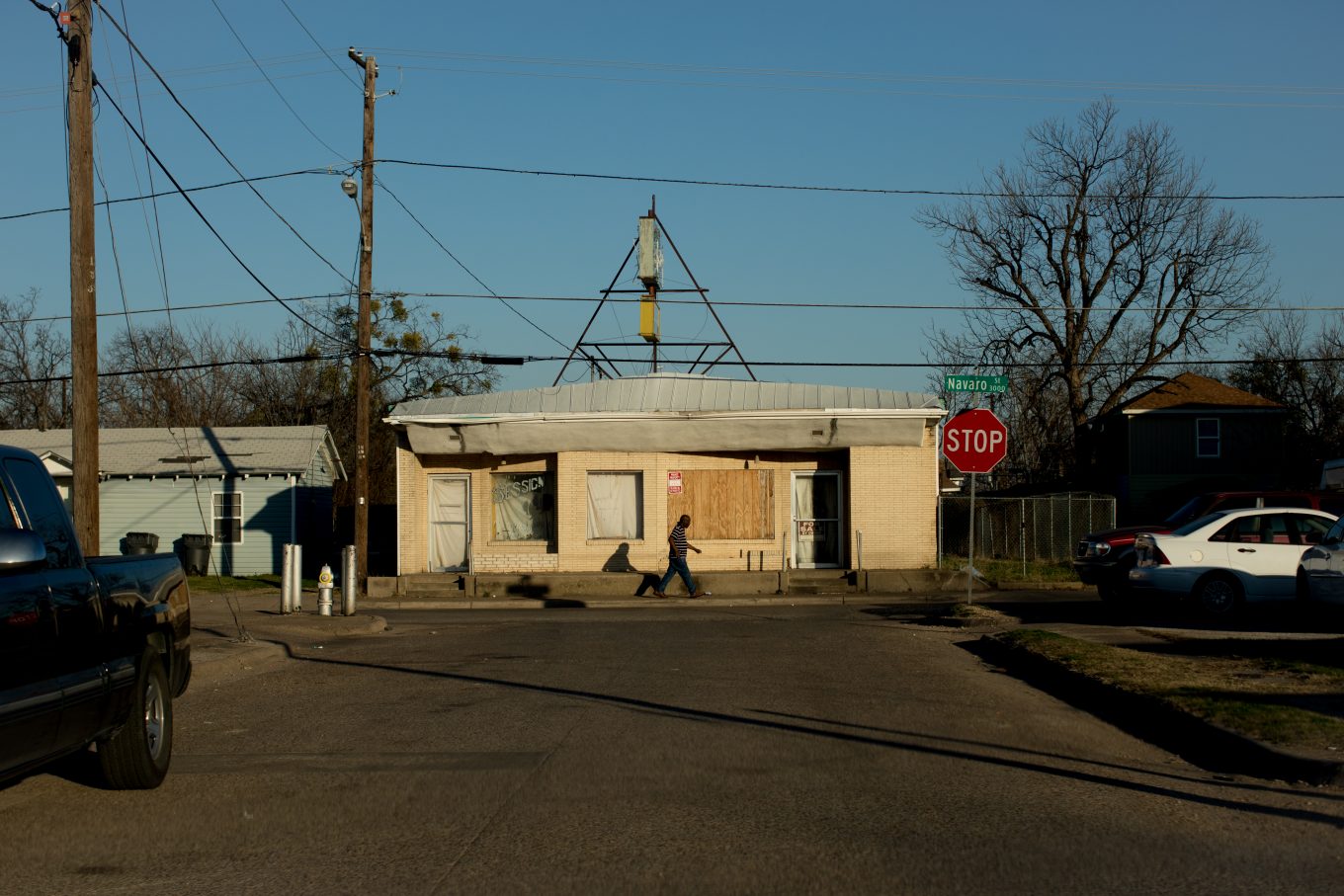 The city of Dallas can now inspect the inside of rental properties — something that wasn’t possible before code enforcement standards were tightened in September. Mayor Mike Rawlings hopes that policy means higher living standards for everyone, especially low-income families. Khraish Khraish runs HMK Ltd, which owns 305 rental houses in West Dallas and nearby. He says he can’t afford to fix those houses. Unless something dramatic happens, those families on the financial edge will have to leave their homes by early June.

When some people think of business in West Dallas, they think of new developments, high-end apartments and the Trinity Groves restaurant scene. Khraish Khraish’s company owns storefronts that have been in the neighborhood a lot longer — car mechanics, tire sales and appliance repair shops.

Khraish and his father are co-owners of HMK Ltd. Back in 2004, they bought hundreds of 70-year-old rental homes in West Dallas and Oak Cliff. He says back then, the buildings were in worse shape, and HMK put millions of dollars into improving them.

Since housing standards were strengthened last fall, he says, getting the houses up to code isn’t an option.

“Not just impractical but it’s impossible,” Khraish says. “No matter how much money, you cannot throw enough money into these houses and make them compliant. You essentially would have to rebuild them,”

Here’s the problem: Renters are paying as little as $300 a month. Demolishing the houses and starting from scratch would price those families out of the new homes.

He says that’s why HMK is shuttering the rental houses. Khraish and the city of Dallas agreed: HMK wouldn’t be fined for code violations through the end of the school year. Families have until June 3 to leave — about 200 of them already have.

Just this week, Khraish collected 100 signatures from residents who remain. The petition asks a district judge for an extension of 12 to 18 months so HMK can develop affordable housing in West Dallas.

He’s filed a request for an emergency hearing which is scheduled for Friday.

“I think the families that remain are holding on to that last bit of hope that a miracle’s going to occur and that they’ll get to stay,” Khraish says.

“The city code was an important discussion because we had so many poor families living in conditions that were unhealthy,” Rawlings says. 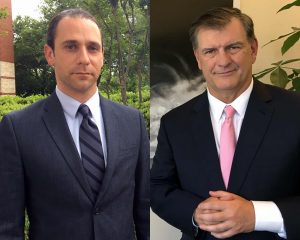 “It’s not just for people with money, but for people who don’t have money and we’ve got to have clear standards, and I’m glad we did that,” he says. “It’s hard because policies have implications and it creates change, but I think ultimately we need to raise the bar for families that live in poverty.”

Like the hundreds of families who live in HMK houses.

“I don’t want anybody left behind,” the mayor says.

Rawlings says early last year, the city reached out to several landlords with the hopes of finding solutions before the code changed.

“The lion’s share of those landlords are working with us and we’re monitoring those homes and we’re trying to make government work for them,” Rawlings says. “HMK decided not to participate in that plan and just ask his residents to leave.”

He has a copy of the “commitment card” he emailed to the city of Dallas in January of 2016.  It states that HMK commits to “making the neighborhood where it owns properties better.” Khraish says he made changes to one part of the agreement asking for city code inspections without notice at any time. He wanted inspections with written notice during normal business hours. 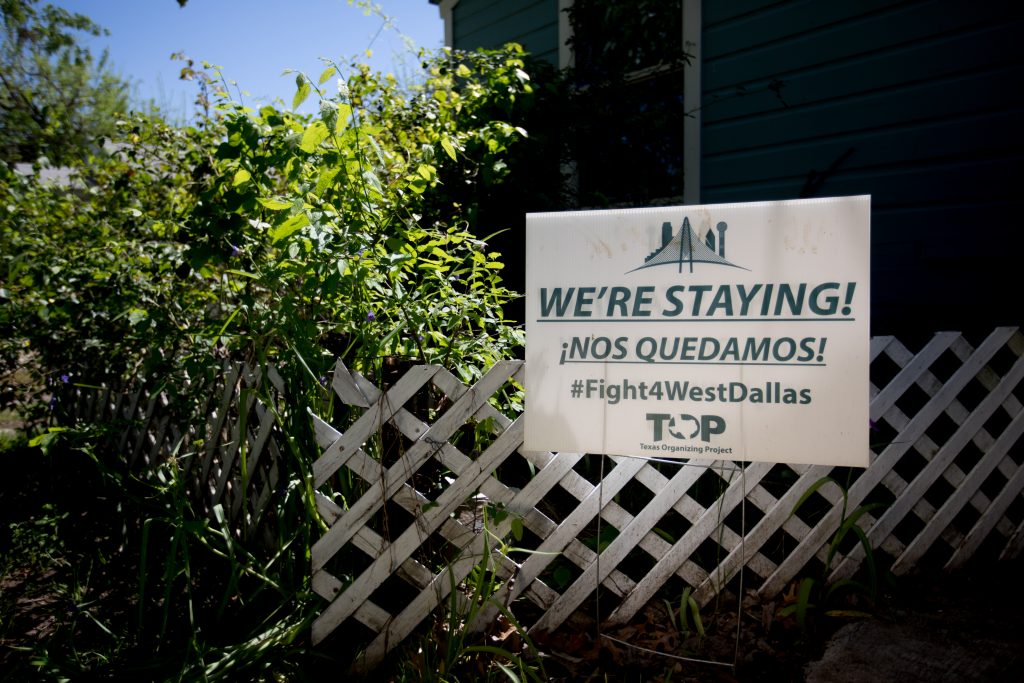 “If I could continue renting to these wonderful families indefinitely I would,” Khraish says. “This accelerated pace has been completely at the hands of the city. The city has decided that now is the time to redevelop this property.”

And that’s something the mayor denies. Rawlings says the goal is to simply get people into quality housing. And the suggestion that this is a land grab? That the city is moving people out to move in development? He dismisses that as a conspiracy theory.

“That assumes that the city can push someone out, and we can’t. And that we would want the city to roll over families that have grown up there,” he says.

Regardless of how this conflict started, when it began and who’s responsible for which part, it’s those 305 families who are caught up in it. 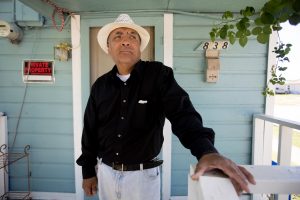 Both sides feel for them.

Rawlings says it’s the people who live there who make the neighborhood. “That’s why we’ve got to make sure those families continue to stay there; it makes us richer,” the mayor says.

Khraish says: “What worries me is that my community in West Dallas has no place to go.”

No place to go and very little time to change that. Especially as West Dallas real estate shoots up and giant yellow construction cranes dot the skyline.

Bill Hall with Habitat for Humanity has watched it all happen.

A Serious Offer Or “A Complete Joke”?

Khraish Khraish says Rawlings got in touch with him on April 20 and said someone was interested in buying the rental houses HMK owns in West Dallas. In a phone call to Khraish, the mayor said it was a “private matter between you and the buyers” and that Rawlings “had been turning over different rocks to see who was in that market of home buying.” The mayor said HMK would be receiving a letter of intent from Residential Capital Partners.

Khraish says the letter offered one of two deals for 263 of HMK’s homes:

KERA reached out to Rawlings’ office, and his aide, Scott Goldstein, sent this response by email:

“Residential Capital Partners made an offer to purchase HMK properties as part of a deal that would provide the opportunity for renters to become homeowners. The mayor had previously asked Khraish Khraish if he would entertain an offer to purchase his property. Mr. Khraish said he would. The mayor became aware of the interest from Residential Capital Partners and notified Mr. Khraish that they would be sending him an offer, which they did.”