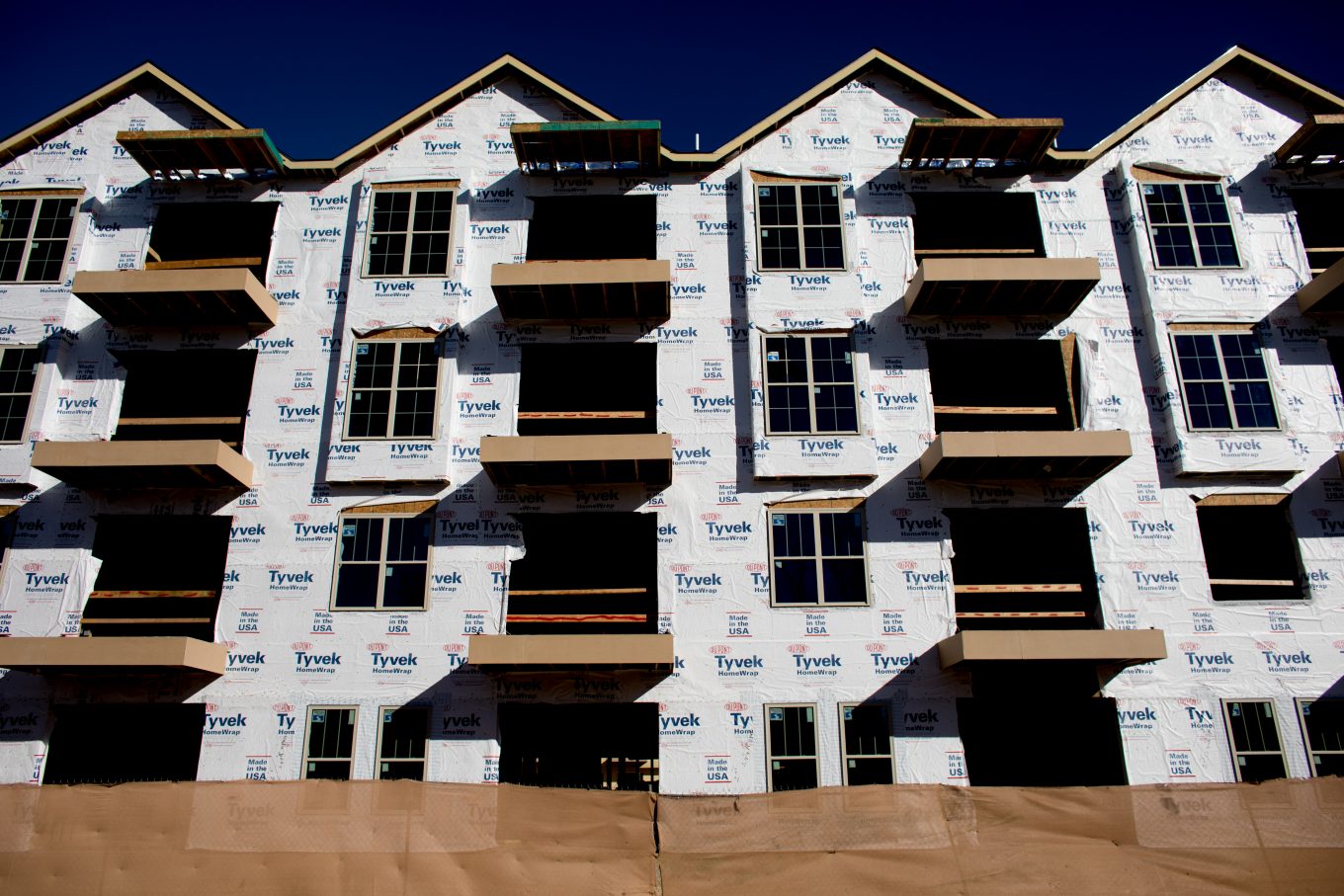 A view of The Austin at Trinity Green under construction off Singleton Boulevard. Photo/Allison V. Smith
The KERA Radio story

KERA’s ongoing One Crisis Away project looks at life on the financial edge. In this latest series “No Place To Go,” we’re exploring a neighborhood that’s been on the financial edge for more than a century. It’s West Dallas, across the Trinity River from downtown. It’s rapidly transforming. Fine dining and luxury apartments are starting to crowd out bleak warehouses and weathered rent houses. For many families who have lived there for generations, the changes mean they suddenly have found they have no place to go.

When Dallas strengthened its housing code policy back in September, old rental houses were in the spotlight. A chunk of 305 homes — primarily in West Dallas and owned by HMK Ltd. — no longer meet code. The company’s owner says it would be impossible to bring these 1940s-era dwellings up to standard, so he’s closing his rental business.

Tenants must move out by June 3. Because many of these renters are paying between $300 and $500 a month and West Dallas has gotten so expensive, they have no plan for move-out day. Learn more about the HMK Ltd. situation in the timeline below.

Praying for a miracle

Some residents have moved into spare rooms with relatives, some have moved to South Dallas, and some have moved out of the city. Some don’t know where to go and are still in their houses, praying for a miracle. Joe Garcia is one of them. He survives on a small disability check and lives with his 84-year-old mother.

Garcia says he’s applied for Section 8 housing and was told he didn’t qualify. He also hasn’t had any luck getting a mortgage to buy his house, which he’d like to do.

Change that came on fast

All the development in West Dallas happened quickly — in the five years since the Margaret Hunt Hill Bridge opened. Santiago Calatrava designed those soaring white cables to link downtown to West Dallas. Back in 2012, some people used to sneeringly refer to that bridge as the “bridge to nowhere,” which was pretty offensive to the thousands of people who live there. 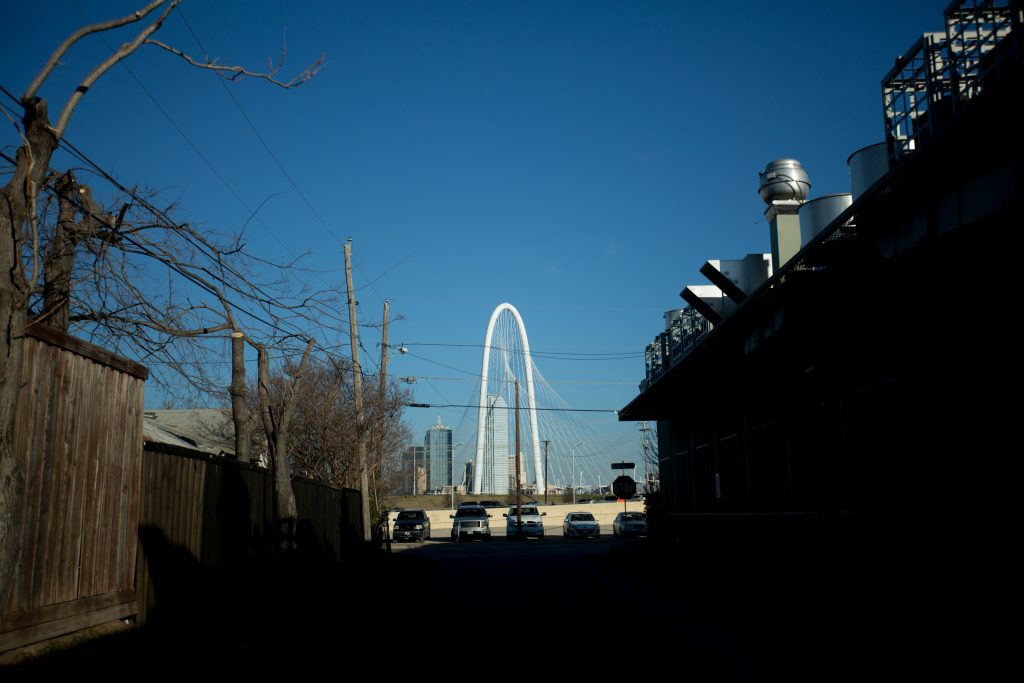 A view of the Margaret Hunt Hill Bridge, designed by Santiago Calatrava, from a West Dallas neighborhood. Photo/Allison V. Smith

Doug Swanson is an author and former reporter with The Dallas Morning News who spent a lot of time in West Dallas in the 1980s.

“I mean you could obviously see the change coming, and then the apartments started going up, and I thought, ‘well I’m really an old-timer now’ because I never would have thought that you would see any development like that in West Dallas,” Swanson says. “And I also thought: ‘What’s going to happen to the people who have been living here?’”

More In ‘No Place To Go’

A century ago, West Dallas was a poor, mostly white, unincorporated home for folks on the edge of society. As industry came, black families moved in — then Latinos, who put down roots that still run deep today. The one thread that connects all those people? Poverty. And that’s just now starting to change.