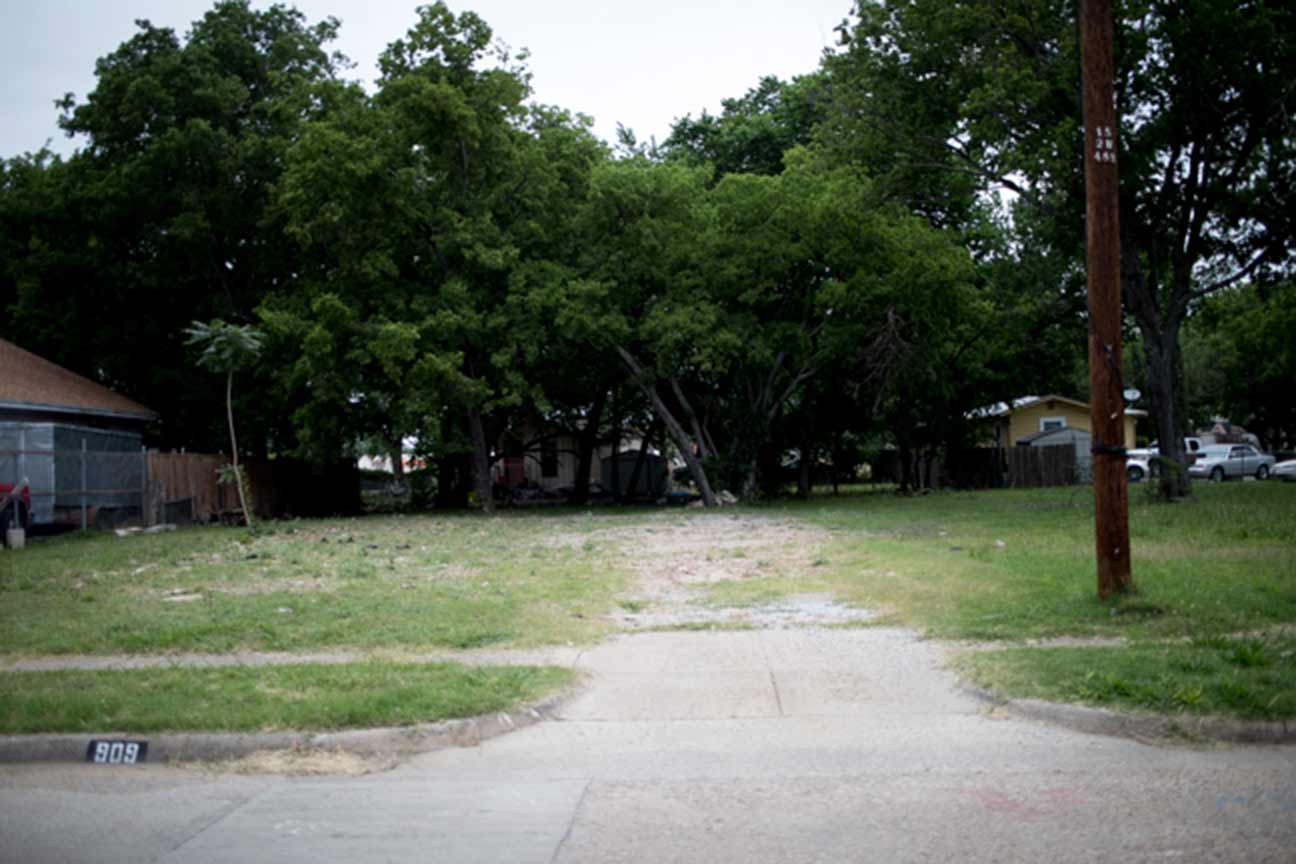 When West Dallas Tenants Leave, They Pay More In Rent — And Miss Home

For seven months, residents living in small, weathered rent homes in West Dallas were told they had to clear out by early June. Everything changed on Monday, May 22. The landlord offered to sell those homes to tenants who are still there, and a judge pushed the June 3 deadline to early October. However, most of the families who had been renting from HMK Ltd. have already left.

For Rosemary Guerra, home is now Oak Cliff. McAdams Avenue is quiet with not much noise besides the birds and a car cruising by every now and then. She’s likes it — still, it’s no West Dallas.

“Everybody knew everybody,” she said. “We all got along with each other, you know. We never locked our doors. We were always with our windows up. I never had a key to our house.”

After a lifetime in West Dallas, Guerra moved into a two-bedroom rental house in November. She lives with her husband, her brother and her three grown sons. They have a separate back house — one big room with no kitchen or bathroom. 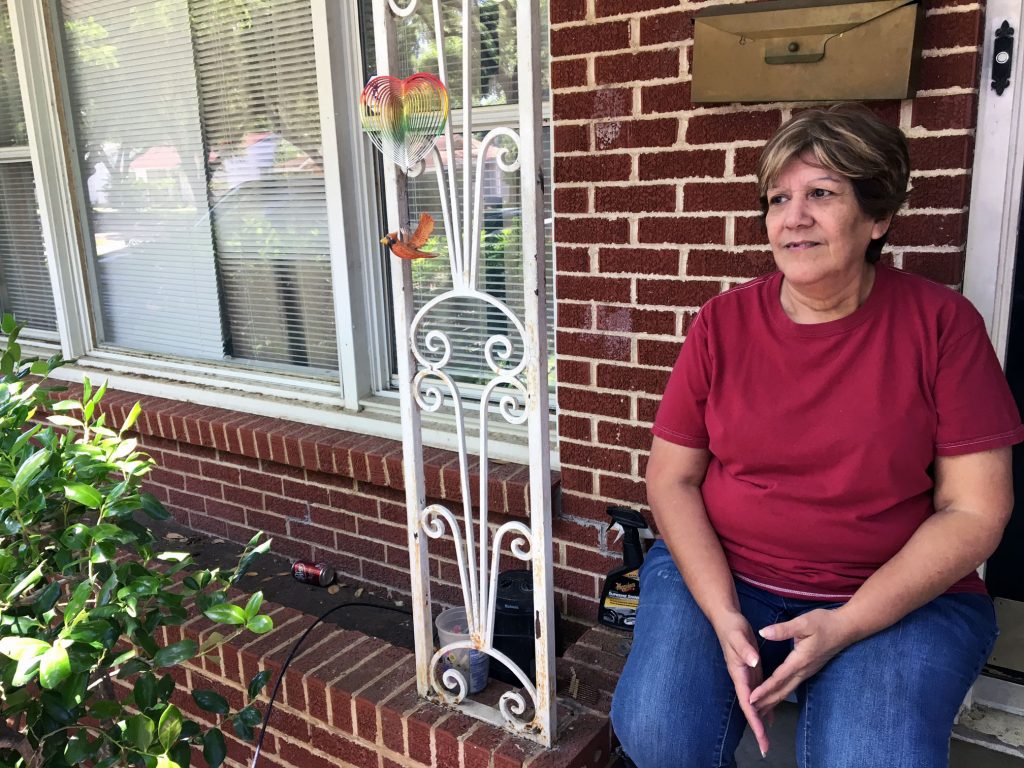 Rosemary Guerra sits on the porch of her home in Oak Cliff. She moved from her West Dallas home in November, soon after HMK Ltd.’s initial eviction notice. Photo/Courtney Collins

This house rents for $850 a month. The West Dallas home she rented from HMK was $575. She says coming up with $300 more each month hasn’t been too bad — almost everyone in the house has a job and can chip in. Guerra is glad she found something even this affordable.

The hardest part of the transition for Guerra is not knowing anyone.

“We were used to being outside in the front,” she said. “And, you know, we knew who passed by and who didn’t. And you know, here, everybody’s like, they go outside but just to cut their yard and stuff like that. It’s totally different.”

West Dallas is different now, too. It’s not just all new restaurants and high-end apartments going up — it’s the street where Guerra used to live.

“The house on Bayonne, it didn’t last very long. He knocked it down quick,” she says.

Demolition and construction noise is the new soundtrack of West Dallas. Another vacant HMK home was bulldozed last week.

“We had planned on living our life out here.”
John Anderson, former West Dallas resident 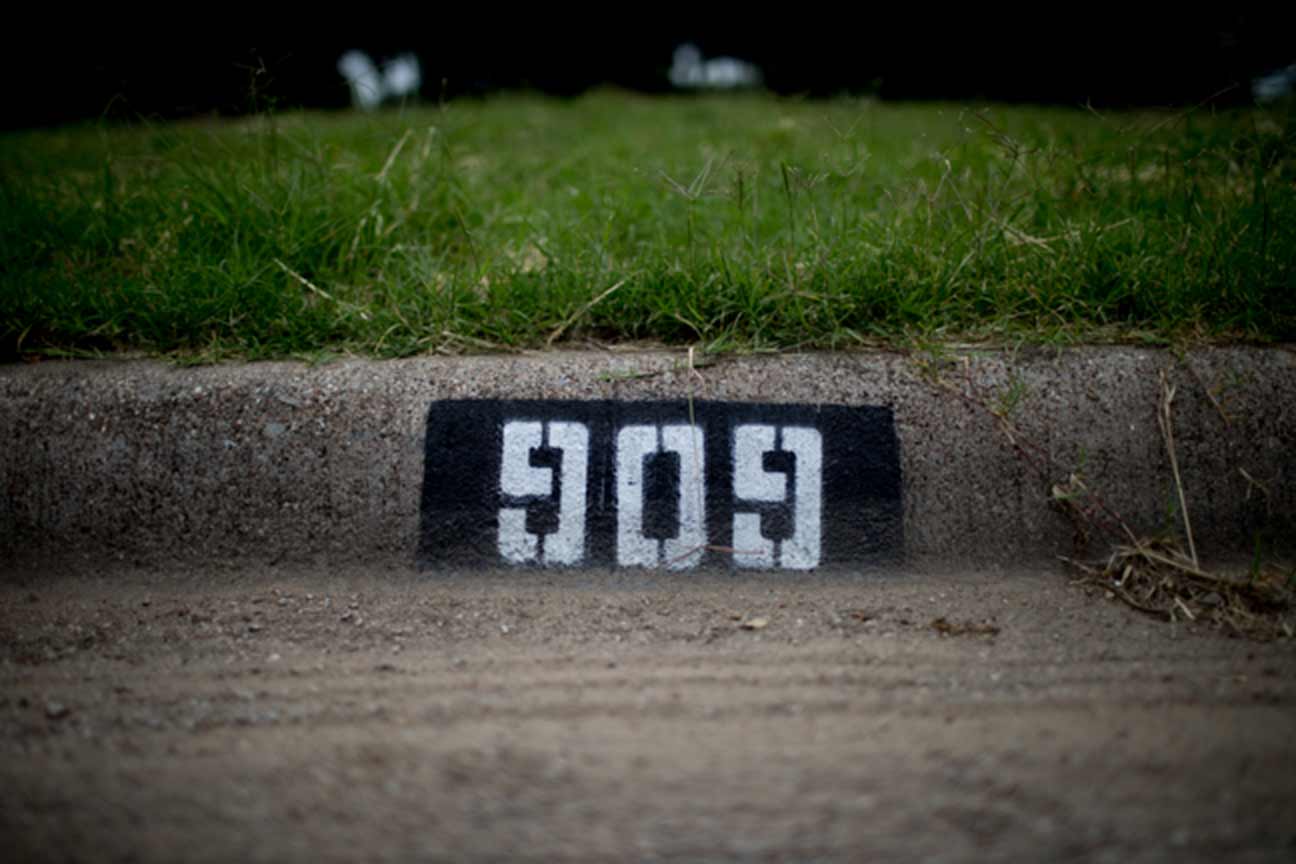 John Anderson lived in the neighborhood for 44 years. He finally moved out at the end of April. He and his wife settled in Oak Cliff, too. Their rent has tripled to more than $1,000 a month. Even though he moved out of West Dallas close to a month ago, he goes back frequently.

“I’m going to miss my neighbors, and that’s why I’m over here,” he says. “I visit them and I come over here and leave something out for the animals. We’ve got some cats. They be roaming around in the daytime.”

After hearing that the remaining HMK tenants can now buy their homes, Anderson felt hurt. He says that announcement came a few weeks too late for him.

“Very sad,” he says. “Because we had planned on living our life out here.”

This scene has played out many times before across the country — and right here in Dallas.

John Greenan runs CitySquare Housing, a nonprofit that builds affordable homes. He remembers another displacement on the other side of downtown.

“It must have been close to the year 2000,” he said “There was a lot of the apartments along Gaston Avenue [that] were closed for renovation. And their tenants had to pick up and move. Most of them moved further away from the city center, further from jobs [to] more expensive transportation, lots of times less desirable housing.”

Today, Gaston Avenue is lined with trendy renovations of the old apartment buildings.

Greenan says the folks who leave often head southeast to places like Hutchins or Balch Springs.

He says the 305 HMK rental homes are the canary in the coal mine. There are thousands more units in Dallas that will have to be repaired or cleared out if the city sticks to its tougher housing codes.

“On a market basis, what people can afford is substandard. And that’s just the reality right now,” Greenan says.

And that’s because building something new just costs too much.

“A one-bedroom apartment costs about $150,000 to build right now in the city of Dallas,” Greenan said. “And on a market rental basis, you’re looking at about $1,000 a month more or less.”

‘You’ll Have A Place To Stay’

Tenants will pay that, or much more, for the brand new studios and townhomes going up west of the Margaret Hunt Hill Bridge. Those are out of reach for so many families who called West Dallas home for generations.

Rosemary Guerra says she remembers wanting to dig her heels in and stay, wanting to fight until the last minute. When the Oak Cliff house opened up, she was too scared to let it pass her by. She left.

Now, she’s happy she did. One day, she hopes to buy this little rental.

It’s just that she always thought that place would be West Dallas.

What You Need To Know About The West Dallas Housing Crisis