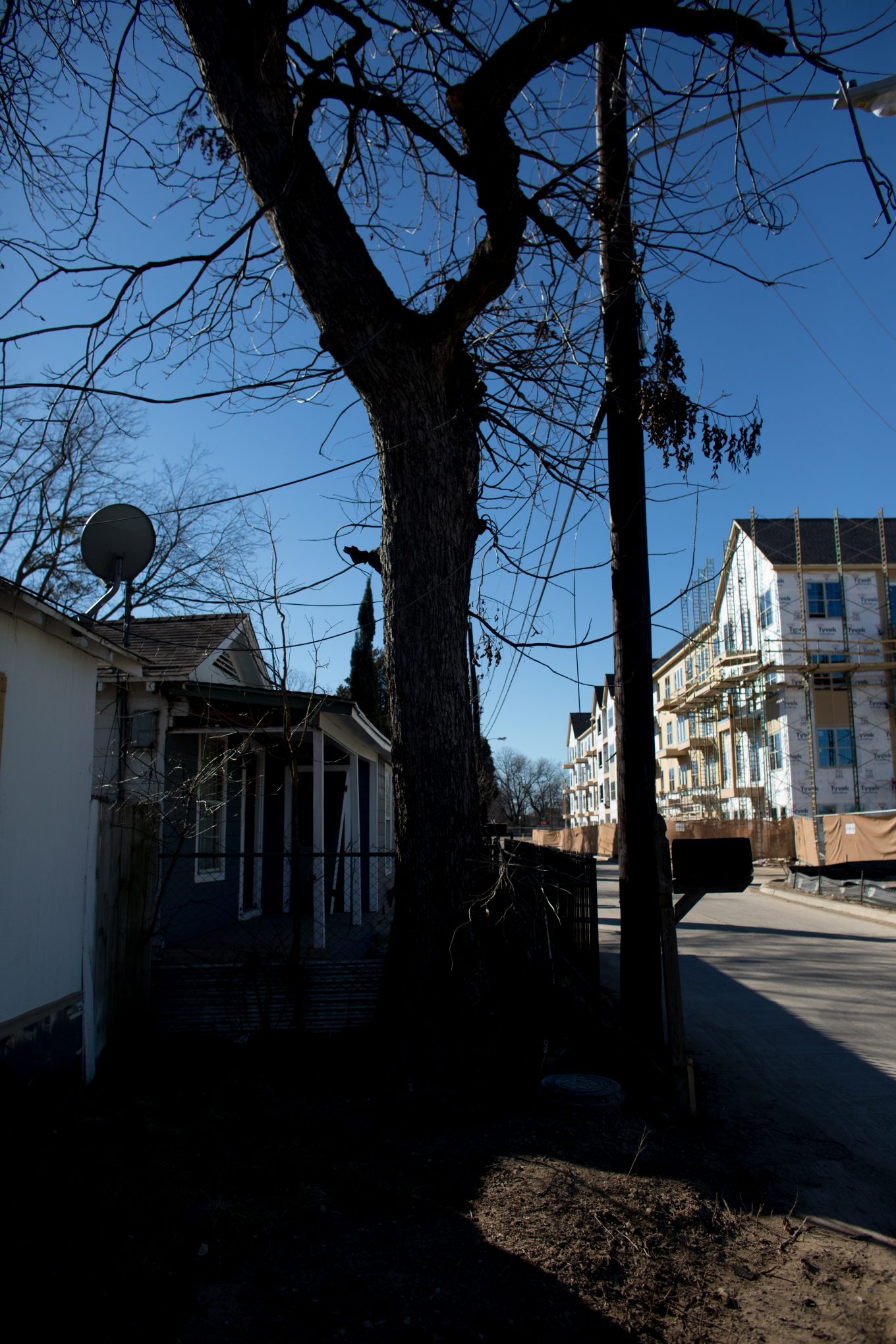 An older home shares the street with the The Austin at Trinity Green apartments under construction. Photo/Allison V. Smith
The KERA Radio story

A lot has changed since State Rep. Eric Johnson grew up in West Dallas. His old neighborhood is in the midst of a transformation. High-end apartments and restaurants are edging out the low-income families who’ve lived there for decades. He’s filed legislation in the Texas Legislature to keep longtime residents in a rapidly gentrifying neighborhood. He joined KERA’s Rick Holter for The Friday Conversation.

“We lived in an apartment complex that’s no longer there; it got razed a several years ago,” the Dallas Democrat said. “I remember going down Singleton to go to Wimpy’s and a place called The Dog House. That was our treat on Friday nights.”

Trinity Groves is a “cut above that,” and though Johnson acknowledges there’s nothing wrong with change, he said he’s worried about how the development is affecting his old stomping grounds.

“It breaks my heart to think that through no fault of their own and involuntarily, people who lived in that community through all those tough times and no one cared,” Johnson said. “And now because we’ve built a bridge, these folks may be shown the door so that frankly, young SMU grads can have a first apartment that their parents help them pay for. It just doesn’t sit well with me.”

The Democrat has filed legislation to address some of the gentrification issues in West Dallas. Some of his bill’s provisions would set aside a fixed percentage of affordable housing across the board and provide some property tax relief for existing residents. Johnson admits the track record is poor for fighting gentrifying neighborhoods from pushing out longtime residents, he says he’ll take those odds over doing nothing at all.