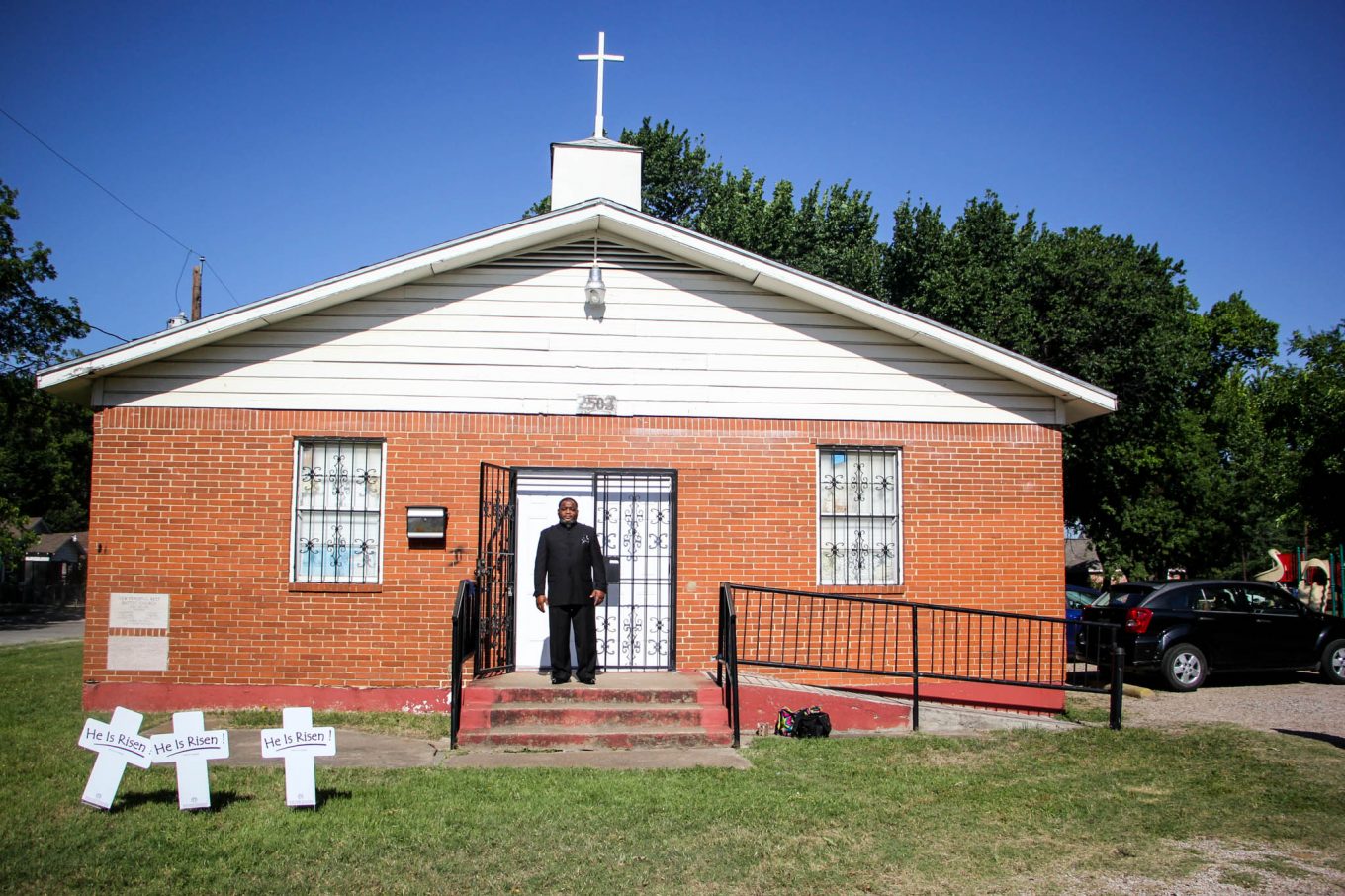 Cedric B. West is pastor at the Ark of God Revival Temple in West Dallas. Photo/Jessica Diaz-Hurtado
The KERA Radio story

There’s a little patch of West Dallas called Gilbert-Emory. It’s only about six blocks, and it’s in the shadow of some of the new apartments and townhomes being built next to Singleton Boulevard. And in that little neighborhood, there are four to five tiny churches. As West Dallas transforms, church members have concerns about what will happen to their neighborhood, but they’re focused on their faith.

Cedric B. West is pastor of one of those churches, the Ark of God Revival Temple.

Cynthia Baker is the daughter of the late Rev. Grisby Baker Sr., who started the church.

“He actually began preaching at about the age of 18. He had regular services at the congregation in a small building, formally a cleaners. This was on Singleton Boulevard,” she said. “By the spring of 1965, we relocated to a brand new facility which Rev. Baker Sr. had built from the ground up at 2503 Obenchain St.”

“When you walk inside you get an old feel, like ‘The Color Purple,’” he said. “Envision the movie ‘The Color Purple.’ We have pews inside of here and the floors are hardwood floors. Most of the people who are in this community have been here upwards of 25 to 30 years.”

Thanks to Pastor Baker, the community “really loved this church,” West said. 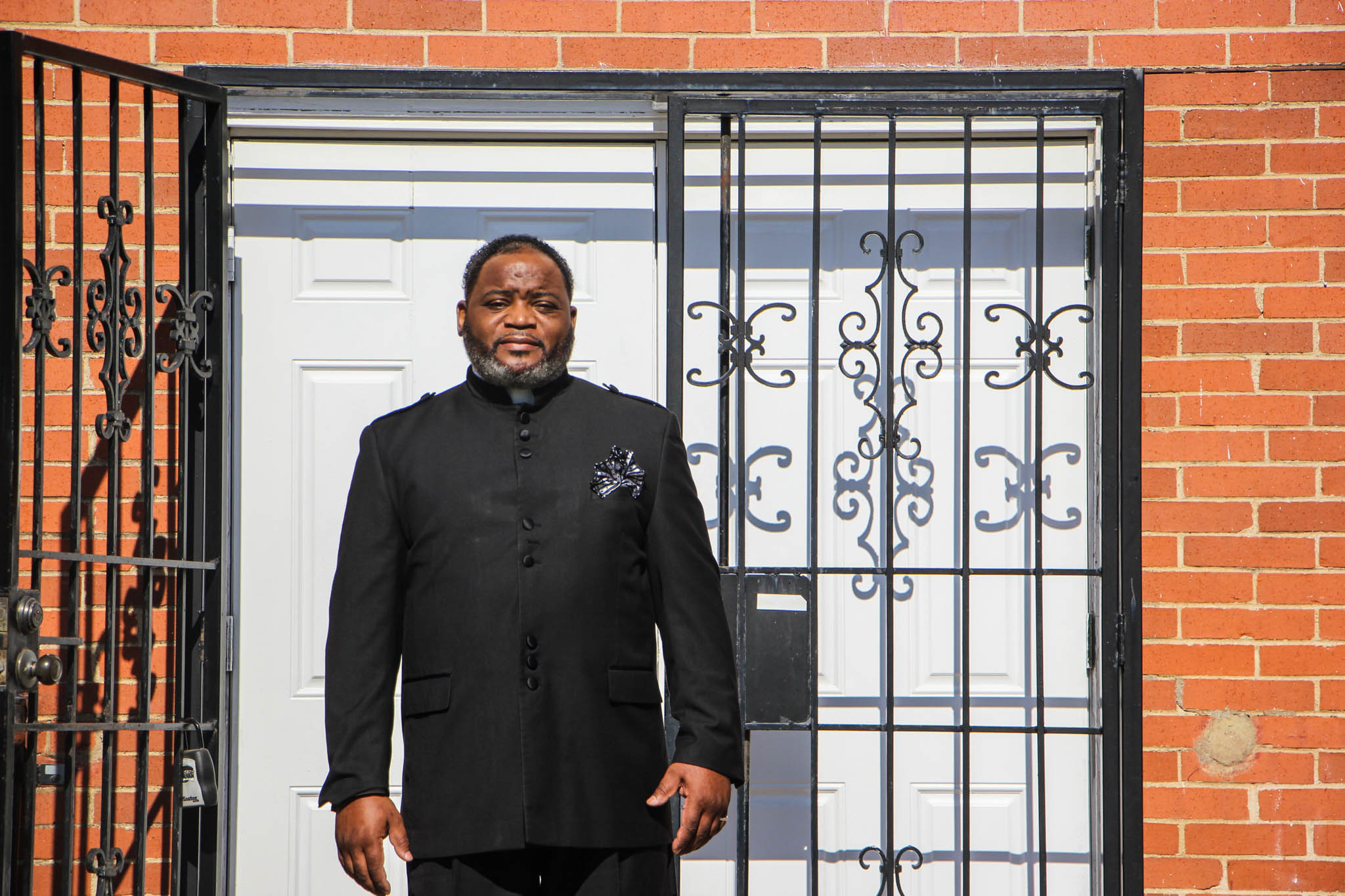 Cedric B. West is the pastor of the Ark of God Revival Temple in West Dallas. Photo/Jessica Diaz-Hurtado 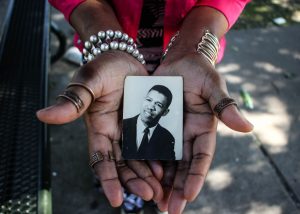 Cynthia Baker holds a picture of her father, the Rev. Grisby Baker Sr., who started a church in West Dallas decades ago. Photo/Jessica Diaz-Hurtado

Considering the development that’s been transforming West Dallas, Baker wonders if churches might be uprooted.

“It’s been a home to a lot of people,” Baker said. “They’ve had great respect for Rev. Baker Sr. … and it always gave them something familiar that they could come back to.”

West says the church is a community staple.

“This community is where I really found myself,” he said. “I found out who I was, what my purpose was. I got to know God in my most intimate ways here in West Dallas. And I believe that faith plays a huge role in this community and in this church because of what people have encountered. The faith of Jesus Christ and this Church itself can help stabilize them and also let them know: ‘Hey, we’re here to help you in any way we can.’”