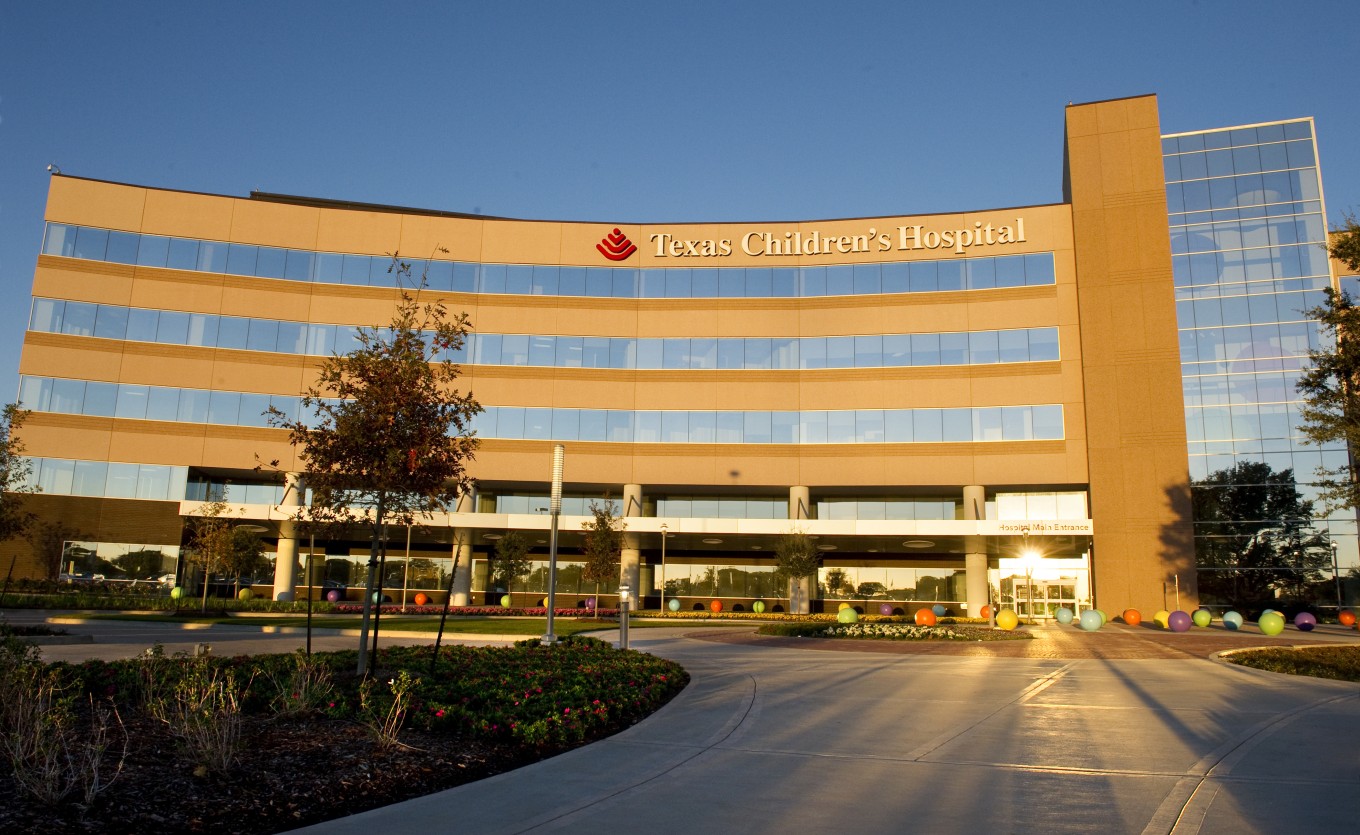 After Thomas Eric Duncan died of Ebola, the federal government designated 55 hospitals nationwide as Ebola treatment centers. Two are in Texas: The University of Texas Medical Branch in Galveston and Texas Children’s Hospital in Houston. Texas Children’s is designing an isolation unit specifically for kids.

At the Texas Children’s campus in Katy, workers are building an entirely new unit, with one wing designed for highly infectious diseases. 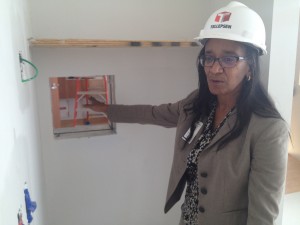 Dr. Judith Campbell explains how a pass-through window will save time in the biocontainment unit under construction at Texas Children’s Hospital. Nurses can deliver supplies and medications to a patient room without having to put on or remove their protective outfits and hoods. Photo/Carrie Feibel

“A year ago in the United States, there were only 12 beds for the entire country for patients that had a need to be isolated in a biocontainment unit,” Campbell said. “And, not surprisingly, zero of those beds were designated for children.”

Each of the eight patient rooms has an antechamber, where doctors and nurses will put on protective gear, gloves and ventilated hoods.

After treating the child, they will leave through a separate door and enter a third room, where they strip the equipment off.

The whole time, nurses will observe through large glass windows.

“So if there’s any question they can say ‘Wait, stop. You need to clean your hands again.’ Or ‘Wait, stop. Let’s take this glove off more carefully,'” Campbell said.

“A year ago in the United States, there were only 12 beds for the entire country for patients that had a need to be isolated in a biocontainment unit. And, not surprisingly, zero of those beds were designated for children.”
Dr. Judith Campbell with Texas Children's Hospital 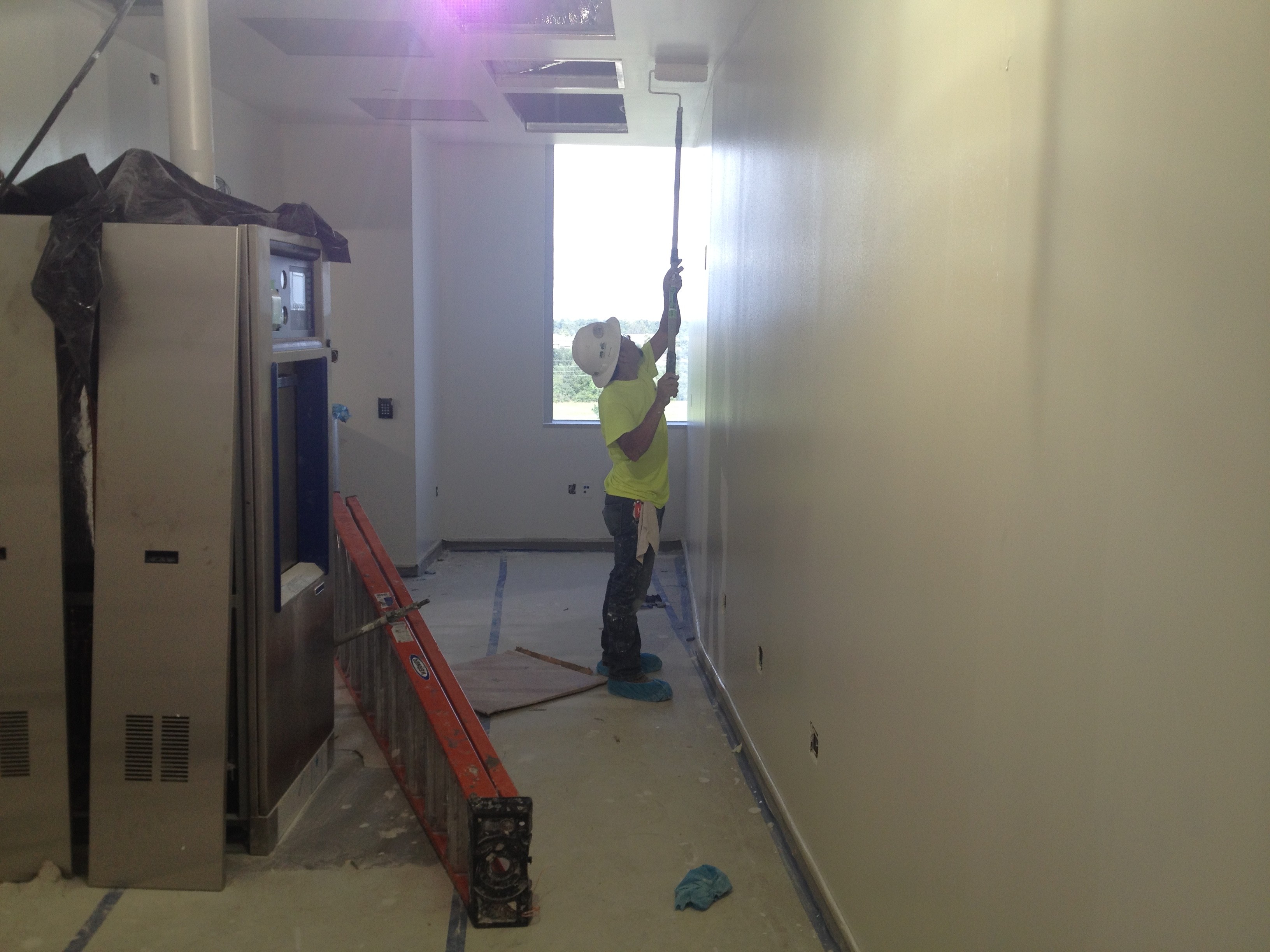 A Unit Equipped For Much More Than Ebola

The unit has its own lab, so infected blood samples never have to be carried to other parts of the hospital. And there’s a separate trash room, where carts full of medical waste can be treated inside six-foot sterilization chambers. There’s a locker room, too. After every shift, medical workers will shower before leaving the unit.

While Ebola was the catalyst, the unit is designed for any globe-trotting superbug.

“These rooms are equipped to take care of TB, MERS, pandemic influenza, bird flu and even a pathogen that we might not know what it is yet,” said Dr. Amy Arrington, an intensive care pediatrician, who helped design the unit. 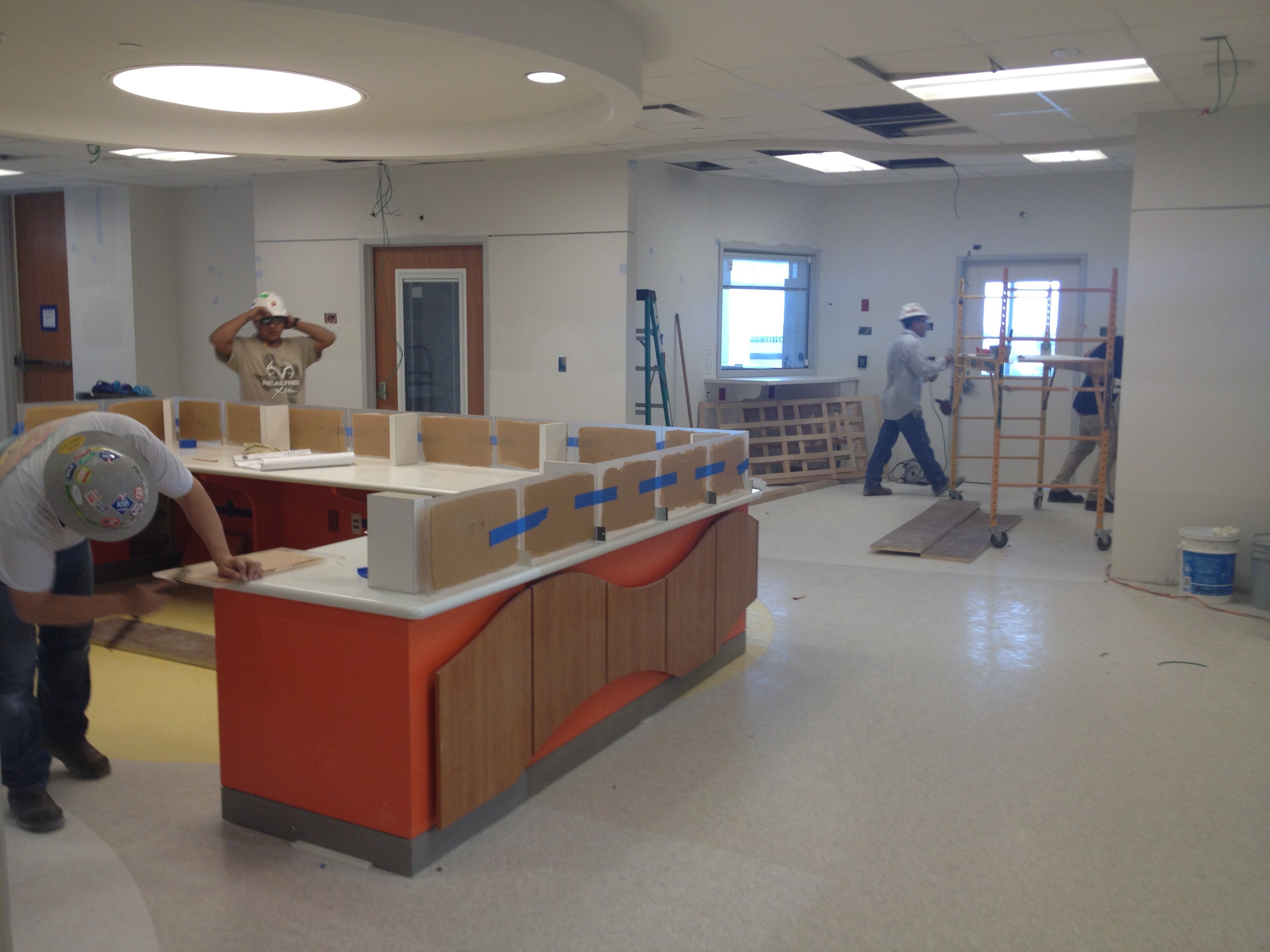 “When you put three pairs of gloves on, you lose sensation in your hands because they’re so tight,” Arrington said. “But you really lose that tactile feel that [for] physicians and nurses is really important in taking care of any patient, let alone a child.”

Yes, a child: sick and possibly frightened, whose parents probably won’t be allowed inside the room.

To fight that isolation, Campbell said the kids will use iPads and video chat to talk with their families.

The hospital is also creating a therapeutic teaching doll, one that will wear the same biocontainment suit as the doctors and nurses.

“So that when the healthcare providers come in, they understand that ‘yes, we’re dressed up a little differently but that their little doll has similar attire on,'” Campbell said.

The pediatric isolation unit will open in late October.

“These rooms are equipped to take care of TB, MERS, pandemic influenza, bird flu and even a pathogen that we might not know what it is yet.”
Dr. Amy Arrington, who helped design the unit