On Sept. 30, 2014, the United States had its first diagnosis of the Ebola virus. Thomas Eric Duncan, a Liberian national, tested positive days after he was initially sent home from a Dallas emergency room. He died Oct. 8. Two nurses who treated him contracted Ebola; they survived. North Texas was on edge.

The news put Dallas in the national spotlight for weeks. Here’s a roundup of KERA coverage, including live blogs, online stories, radio reports and videos.

The patient, a man, left Liberia on Sept. 19 and arrived in the United States to visit family in Texas on Sept. 20, CDC officials said at a press conference. He showed no symptoms when leaving Liberia or when he arrived in the U.S.

On Sept. 24, he started showing symptoms. He sought care and was admitted to Texas Health Presbyterian Hospital in Dallas. The hospital announced Sept. 29 that the patient was being tested for Ebola. A blood sample arrived at a state of Texas lab. A sample also arrived at the CDC.

Oct. 2: Ebola In The ER: What Happens To Business As Usual?

Hospitals compete for patients, and emergency departments play a big role in business. So what happens to business when a hospital takes on a patient with Ebola? One recent afternoon, there was no wait time at Texas Health Presbyterian’s emergency room in Dallas. Health officials were monitoring about 50 people for signs of Ebola who may have had contact with Duncan, including nine who were believed to be at a higher risk. So far, none were showing symptoms.

A hazardous-materials crew decontaminated the Vickery Meadow apartment where Duncan was staying when he got sick during his visit. The materials were sealed in industrial barrels that were to be stored in trucks until they could be hauled away for disposal.

The family who lived there was moved to a private home in a gated community, where they are being carefully monitored. The city had been having trouble finding a place that would take in Duncan’s fiancée, Louise Troh, originally from Liberia, her 13-year-old son and two nephews. 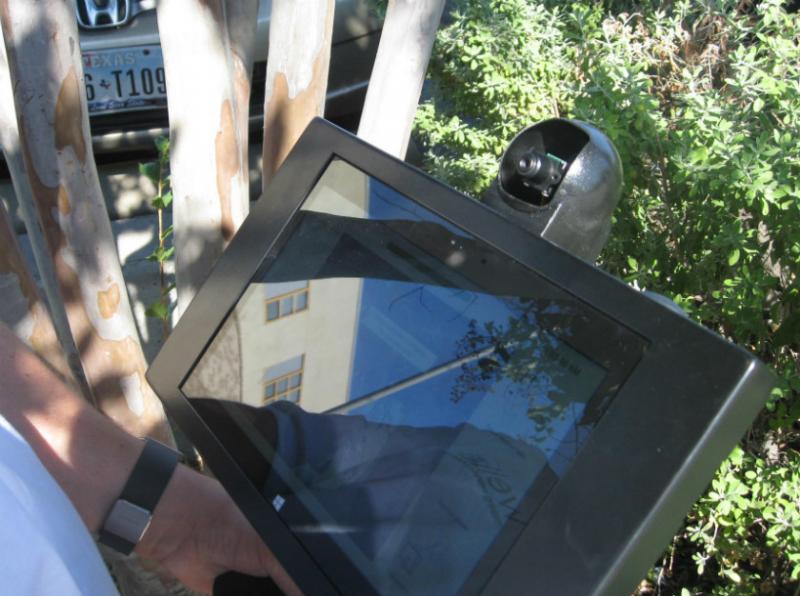 This is a version of what Wello gave to five Dallas schools. Hold your face about a foot from the screen, look into two little circles, hold steady as the “eye” on top rotates, takes some readings, and shows your body’s temperature on the screen. Photo: Bill Zeeble 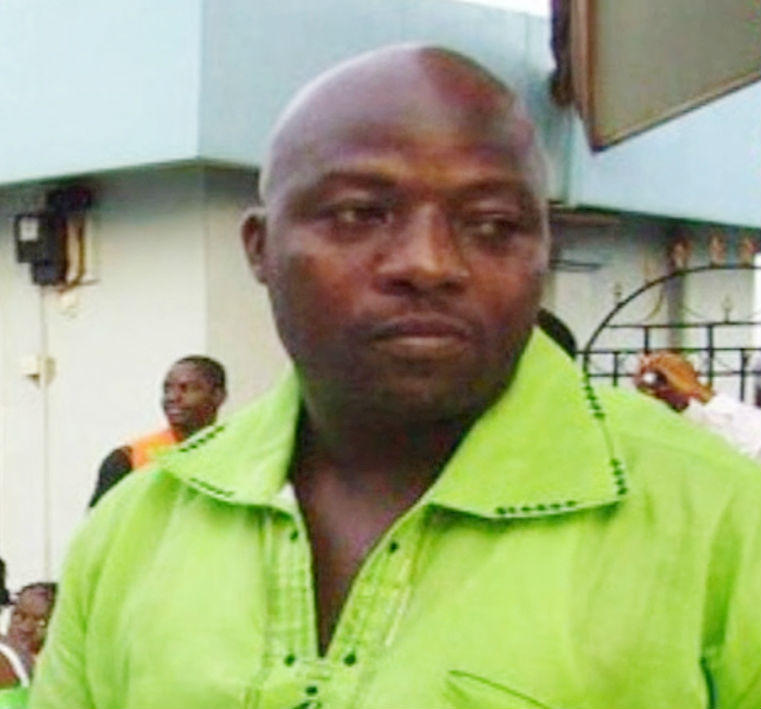 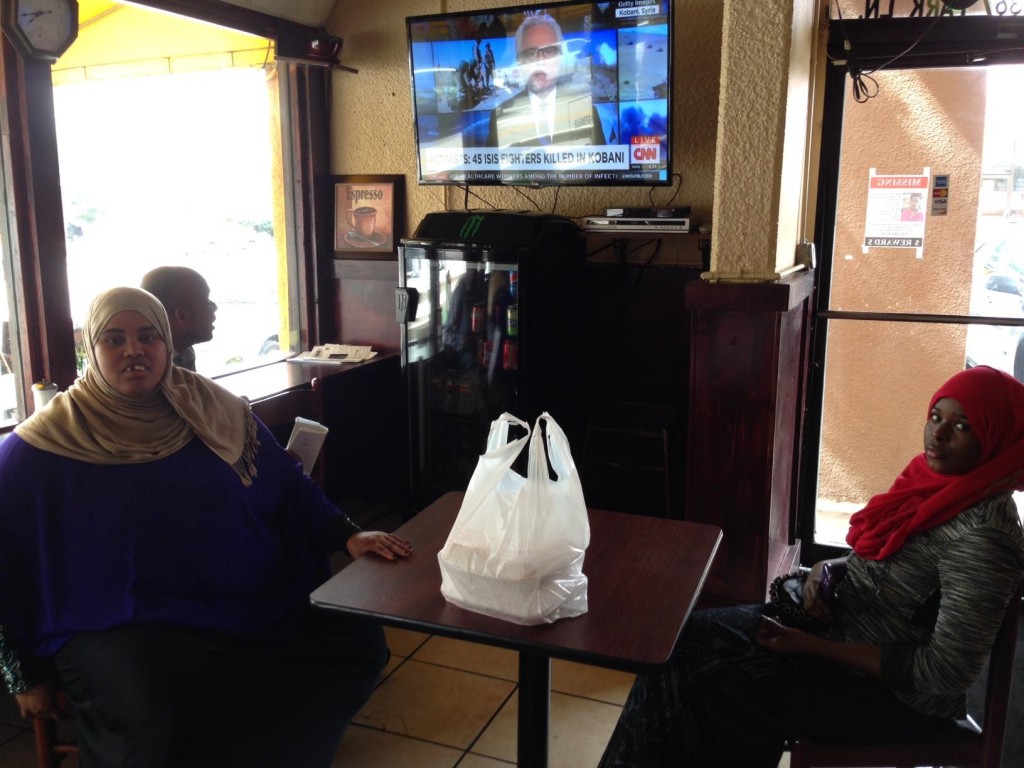 Texas Health Presbyterian Hospital in Dallas on the evening of Wednesday, Oct. 1, 2014. A patient with the first ever diagnosed case of Ebola in the United States is being treated under quarantine at the hospital. (Jim Tuttle/The Dallas Morning News)

Clients that do visit are asking if Ebola is airborne. One parent told him her daughter’s teacher has a low-grade fever, and is in quarantine, so the mother brought the daughter to be checked for Ebola.

“People don’t believe anybody,” he said. “People want to stay away from anybody that lives in the neighborhood. They’re just afraid of the unknown.”

A surgeon with a private practice at Texas Health Presbyterian Hospital, where the Ebola patients have been treated, says patients weren’t making appointments.

“The whole hospital is really like a ghost town,” Dr. Alexandra Dresel said. “The cafeteria is empty. The parking lots are empty. The operating room, which is normally full of cases, has a much smaller load.”

The condition of Nina Pham, the first Dallas nurse infected with Ebola, was upgraded to good from fair, the National Institutes of Health announced.

“The NIH has received countless inquiries and expressions of support” for Pham, the NIH said in a statement. “The NIH Clinical Center staff has shared the general sentiments with her and Ms. Pham has expressed her gratitude for everyone’s concerns and well wishes.”

Pham was transferred to NIH in Maryland from Texas Health Presbyterian Hospital in Dallas. Barclay Berdan, CEO of Texas Health Resources, sent a message Nov. 7 to Presbyterian Hospital employees.
“We emerge from this experience both humbled and empowered with a new strength of purpose. We are committed to using what we have learned to advance our mission and vision in the communities we are privileged to serve.”
President George W. Bush remarks on end of monitoring period.
“The last five weeks have been a trying time for the city and residents of Dallas and especially the people of Texas Health Presbyterian Hospital Dallas. I appreciate the way the hospital and its professionals are sharing lessons learned in a way that helps the broader United States health care community respond to this terrible virus. As someone who has gone to Presbyterian hospital for care myself, I know it is a dedicated, professional and caring place, and I’m confident it is doing what is necessary to reaffirm the community’s trust.”
Dr. David Lakey, commissioner of the state health department, talked with KERA and reflected on several weeks of Ebola developments.
“Your plans are not going to be perfect and you need to accept that and be willing to change your plan in order to meet the challenge that you face on the ground.” Doctors, nurses and others who fought back against Ebola have been named Time’s Person of the Year for 2014. Photo: Time Magazine

“Ebola is a humiliating disease that strips you of your dignity. You are removed from family and put into isolation where you cannot even see the faces of those caring for you due to the protective suits.”
Kent Brantly, Fort Worth-trained doctor who contracted Ebola in Liberia, tells Time

What You Should Know About The Virus