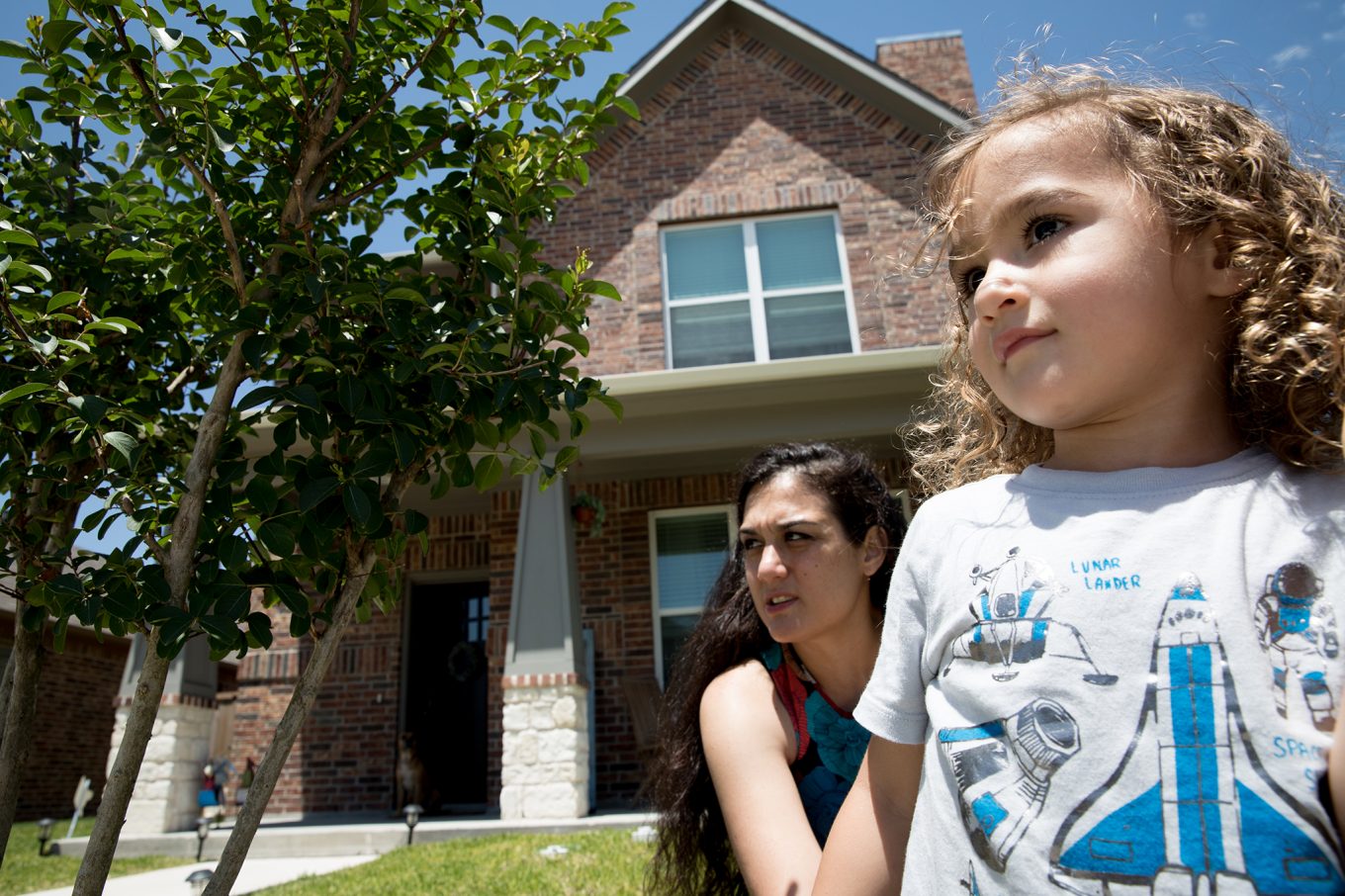 When tornadoes ripped through North Texas the day after Christmas in 2015, people lost jobs, treasures, homes — even loved ones. First, the storm damaged Lindsay’s Diaz’s house in Rowlett. Then, a demolition company tore it down by mistake. It has taken a long time for those financial scars to heal, but she finally feels at home again. 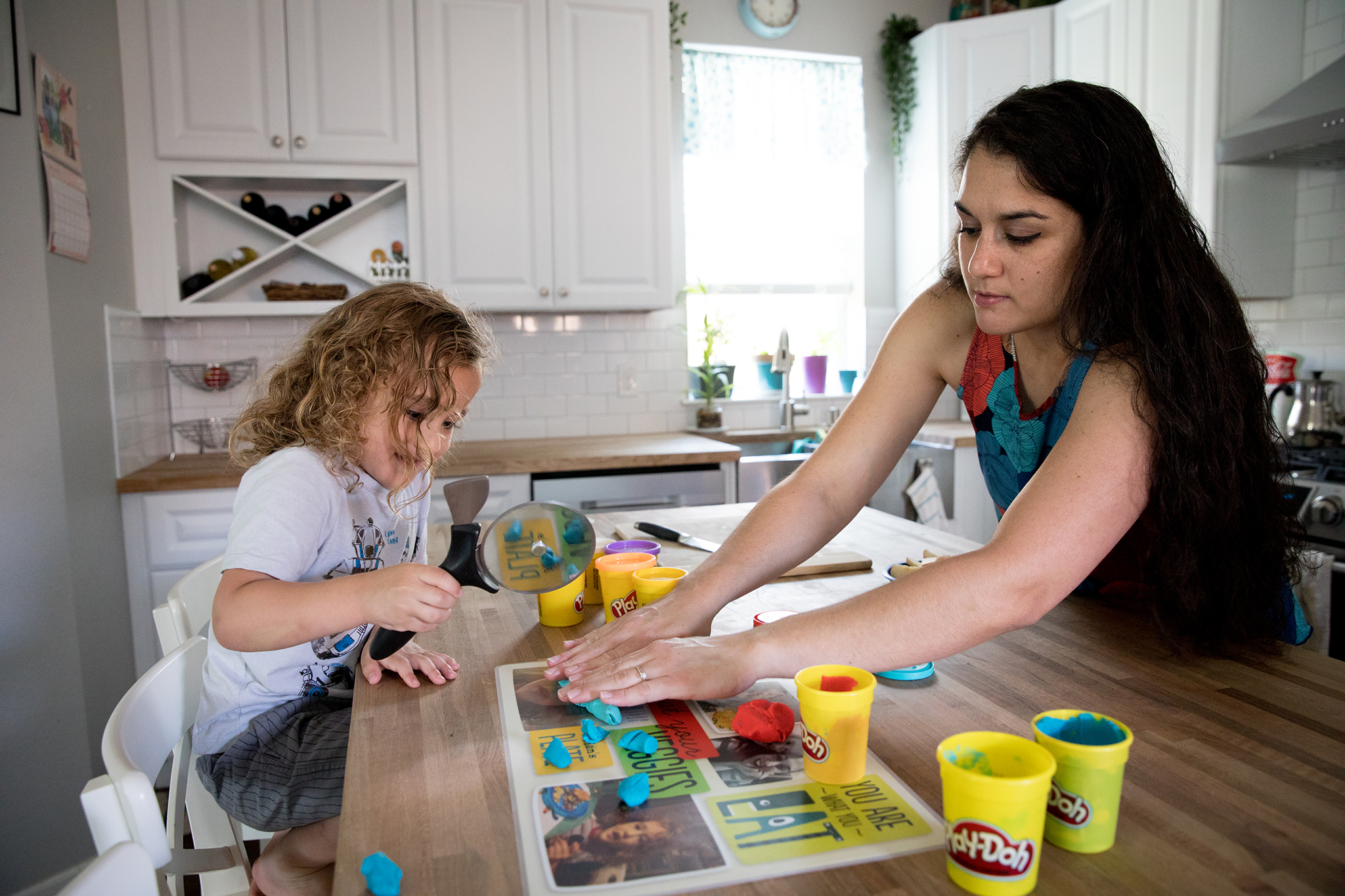 Lindsay Diaz and her 3-year-old son, Arian, play in the kitchen in their new home in Rowlett, Texas. Photo: Allison V. Smith

As 3-year-old Arian and his mom Lindsay Diaz patiently roll Play-Doh into snakes on the island in their new kitchen, a rumble can be heard just outside their front door.

Crews are taking down a tornado-damaged house across the way — two-and-a-half years after the storm that destroyed it tore through Rowlett.

“My fiancé, he told my son, ‘Look, there’s Rubble’s truck from Paw Patrol.’ And I was like, ‘What?’ And I looked out and there was the truck — excavator — picking up all of the concrete. And I was like, ‘Wow.'”

When the storm hit Christmas weekend in 2015, Diaz and her fiancé jumped in the bathtub, shielding baby Arian. His room took the brunt of it.

“His room was right along the front wall, and the front wall just was completely caved in, and the bricks were all inside his crib and just all over the place,” she said. “A lot of the baby stuff that I had purchased for him and even some things that my mom passed down to me from when I was a baby, was in that room — and it was completely destroyed.”

Slideshow: Diaz’s home after the tornado

‘Done with all the hardships’

Diaz was relieved everyone was OK. The weeks that followed the storm were a challenge, finding a place to live and figuring out how to pay for what insurance wouldn’t. 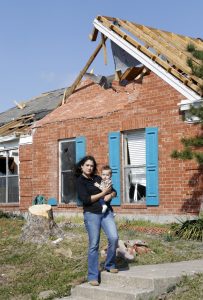 Diaz and then 7-month-old Arian in front of their duplex in February 2016. Photo: Lara Solt

“Whatever I did have in savings we had to pull a little bit out to pay for parts of the hotel that the insurance wouldn’t pay for,” she said. “A rental car, had to pay for all that. That was kind of a struggle.”

Diaz had decided to just repair the damaged home she owned. But on the day she filed the permits to do that, a wrecking company accidentally demolished her duplex. They’d confused her address with another scheduled to be torn down.

After the mistake, Diaz didn’t know what to do. But she did know she wasn’t going to leave their neighborhood.

“Let’s be one of those ones that stayed,” she said. “You know, even though this catastrophe happened to us, the tornado didn’t make us move; it didn’t kick us out. We stayed.” 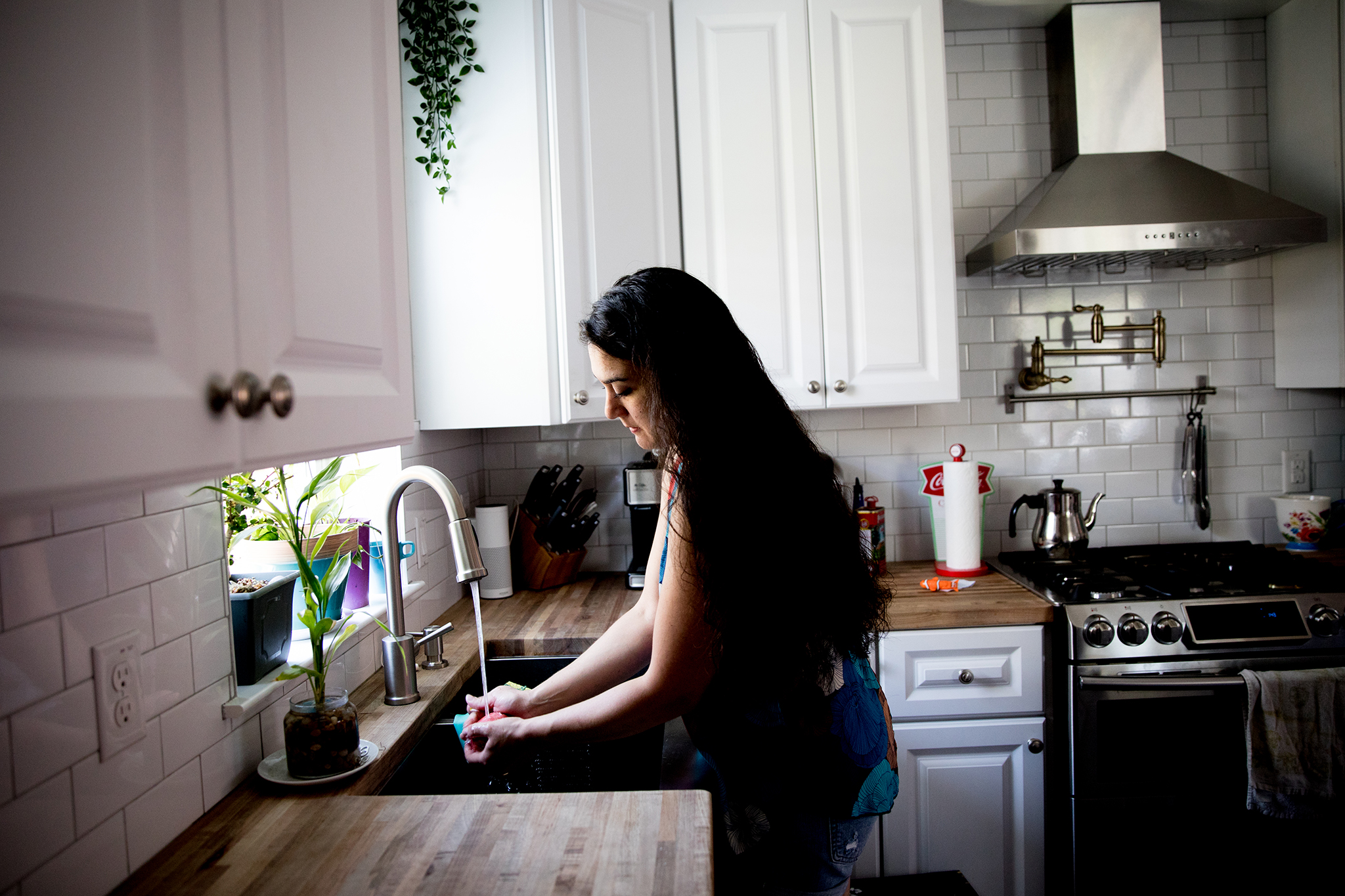 Diaz washes an apple for Arian in the kitchen of their two-story, standalone home. Photo: Allison V. Smith

So, she filed a lawsuit against Billy Nabors Demolition and appealed to the Small Business Administration for a Disaster Loan. After months of back and forth, she and the demolition company settled, her loan came through, and she had enough money to rebuild.

And it’s not a one-story duplex anymore. It’s two-story, standalone home, with an extra half bath and a garage. They moved in last June.

“It was a relief. I’m finished. I’m done with all the hardships,” Diaz said. “I’m finally home and I don’t have to worry anymore.

“Even though this catastrophe happened to us, the tornado didn’t make us move; it didn’t kick us out. We stayed.”
Lindsay Diaz
Tweet Lindsay's Story

Saving for the next storm

Diaz feels like she got her happy ending. Frances Deviney with the Austin-based Center For Public Policy Priorities says that’s not typical.

“If your house is destroyed, and you maybe don’t have insurance that would cover the way that house was destroyed — be it flood, or hurricane or tornado — that’s completely devastating,” Deviney said. “People cannot bounce back from that financially without significant time and significant additional resources.”

Diaz thinks about those “additional resources” all the time. She says if the tornado taught her one thing, it’s that a stocked savings account is the key to financial security.

“If anything were to ever happen again, I want to make sure I’m ready to be able to pay for what I need to, and I don’t have to struggle or worry or stress out,” Diaz said. “This time, I’m going to be more focused on putting more aside.”

A rainy day fund for a storm she hopes never comes again. 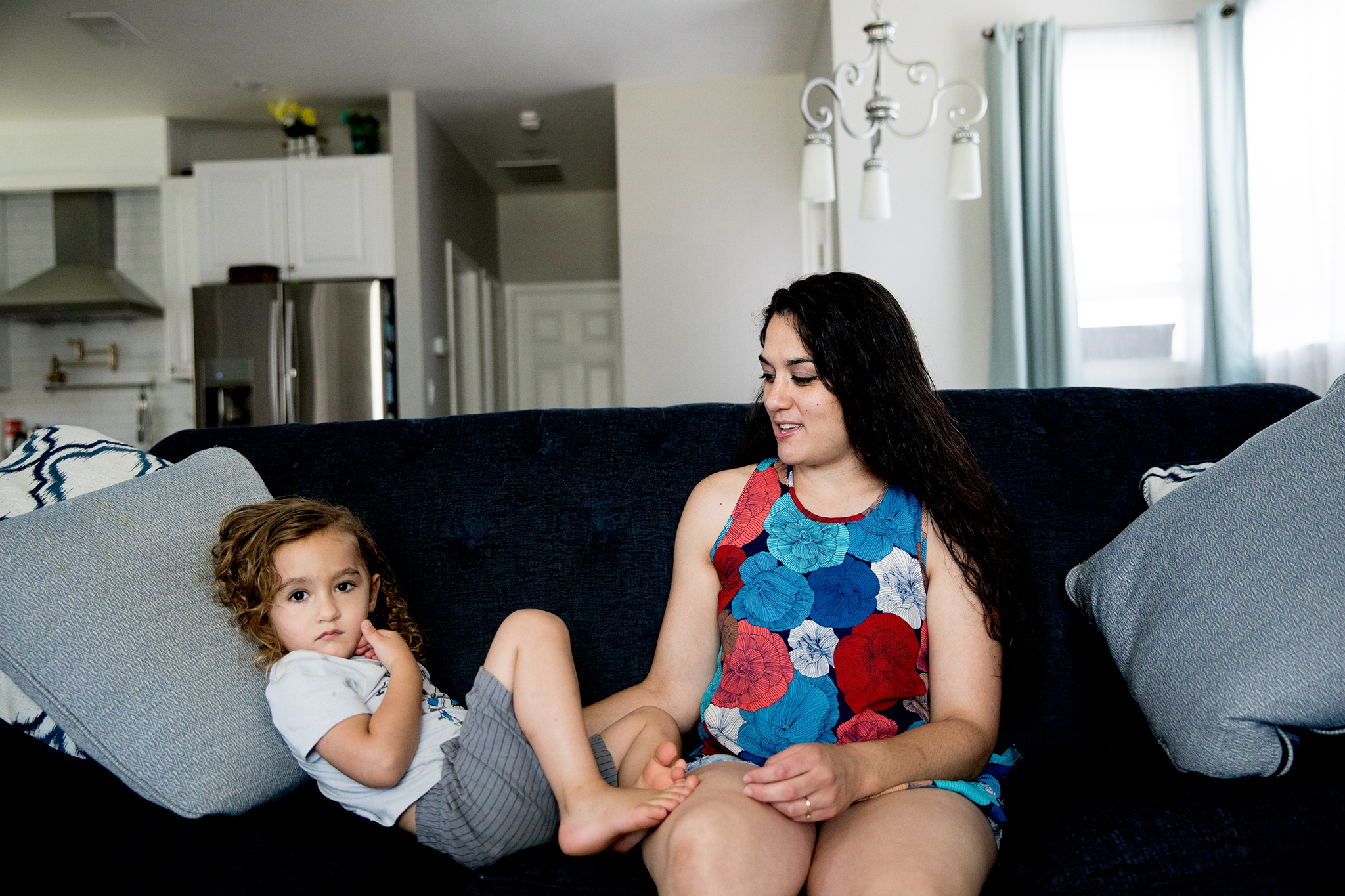 Diaz says surviving a tornado and accidental demolition has taught her that a healthy savings account is key. Photo: Allison V. Smith

More From One Crisis Away

We first met Lindsay Diaz while reporting our series, “Rebuilding A Life,” about recovering from a dozen tornadoes that ripped through North Texas the day after Christmas in 2015. Read her March 2016 story and December 2016 story.