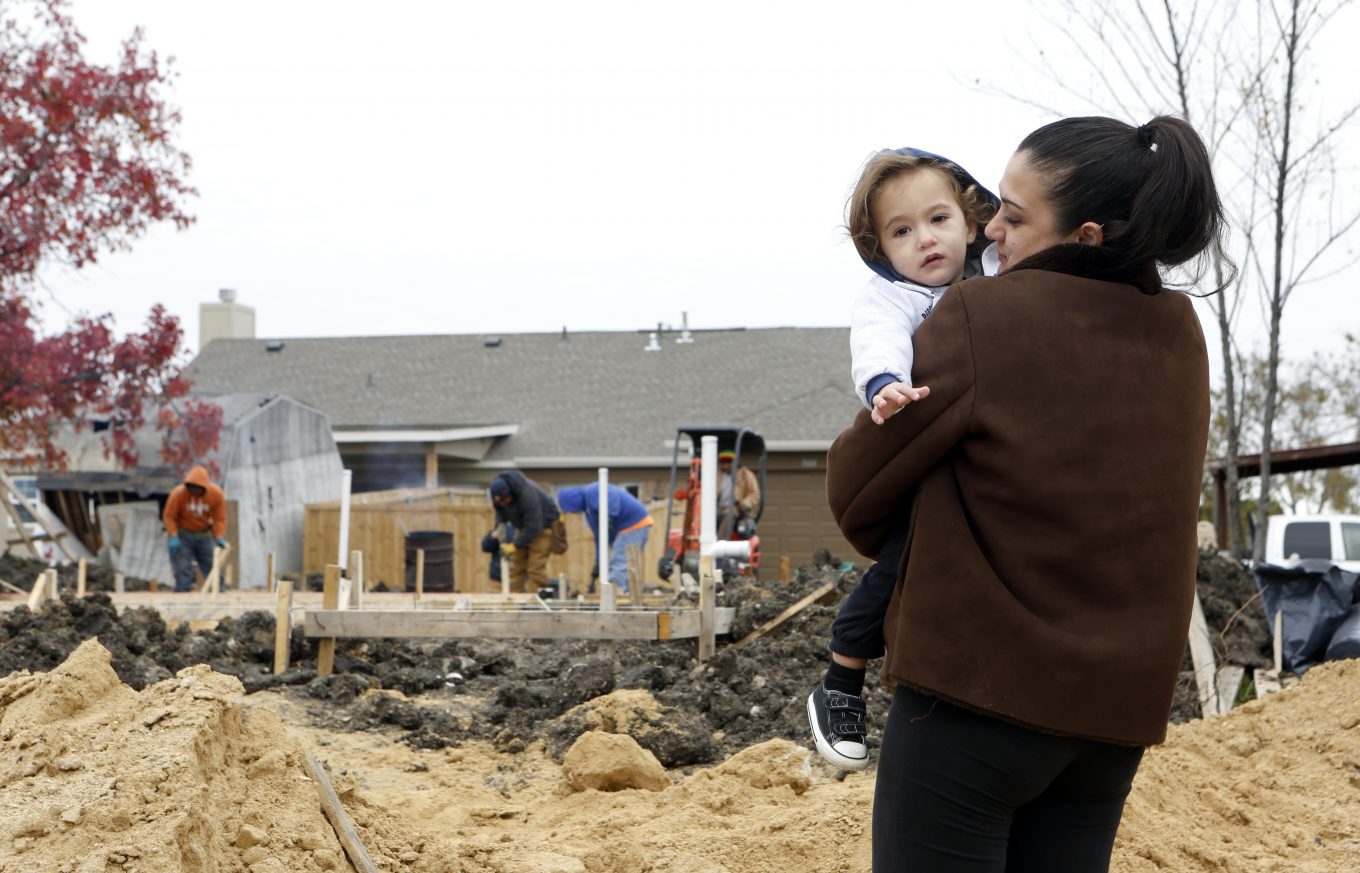 Lindsay Diaz and her son Arian at the lot in Rowlett where her duplex was mistakenly torn down. Photo/Lara Solt
The KERA Radio story

Bracing For The Storm’s Anniversary After Months Of Strife

Lindsay Diaz has run into one struggle after another since last December’s storm. The duplex she owned was ripped to pieces. She was underinsured. Then a local demolition company with the wrong address mistakenly tore down what was left of her home. Construction on the rebuild is just now getting started a year later.

Holiday decorations are up. A cork board in the kitchen is tacked with notes and lists. And toddler toys are lined up in the living room. Everything about this rental house feels like home.

“Especially having a young child, you want to have something that’s very stable for them,” she says. “And a rental home … it’s not yours.” 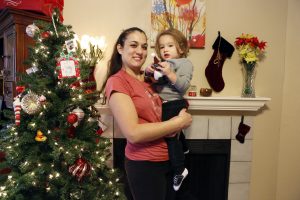 Lindsay Diaz and her son Arian at the home she is renting until her new home is built in Rowlett. Photo/Lara Solt

Diaz lives here with her boyfriend and their little boy, Arian, who turned 1 in July.

They moved into this place — their second rental — after their tornado-damaged duplex was mistakenly demolished by a wrecking company this spring.

“I knew this wasn’t going to be temporary anymore. We looked for a bigger home, that way we could gather all of our items and just store it,” Diaz says.

“We found another rental. The rent definitely went up quite a bit, so that’s something that hurt us financially.”

Diaz had homeowners insurance on the duplex, even though her policy would have left her a little short when the time came to pay for repairs the home.

After the accidental demolition, she used her insurance money to pay off what was left of the mortgage. She had owned the place for three years.

“I knew this wasn’t going to be temporary anymore.”
Lindsay Diaz, tornado survivor

‘The struggle’s been really hard’

“Within the past couple months, the struggle’s been really hard,” she said. “I had to dip into some funds that I didn’t need to. And of course all the help we’ve gotten from the tornado — that’s almost exhausted.”

Diaz has filed a lawsuit again Billy Nabors Demolition, the wrecking company, for increasing the time she has to be out of her home and for the cost to rebuild it. 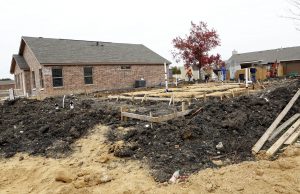 The lot in Rowlett where Lindsay Diaz’s duplex was mistakenly torn down. Photo/Lara Solt

She took out a loan to start construction. The plumbing finally went in last month.

“Sometimes I kind of regret keeping the lot,” she said. “I feel like I should have just sold it and just given up and gone somewhere else. I mean that would have been the easiest way out.”

Diaz and her family should be moved into their newly rebuilt home by the end of March. She can’t believe almost a year has passed and so little has been done.

“It was kind of warm outside and then the sky looked the same as it did that day, and I’m like, it kind of scared me a little bit.”

Feeling a sense of dread

Social worker Valencia Alexander says tornado victims will interpret the fast-approaching one-year anniversary in their own ways. Some may have a hard time with the milestone.

“That date coming back again, there has been much research on how people reenact the same fears and anxieties,” she says.

Alexander works for the city of Dallas and helped with counseling efforts after the storm. The anniversary of the deadly tornadoes falls the day after Christmas — and that complicates things.

“Some people will feel very grateful that they survived that event,” Alexander says. “But then others will feel a sense of loss, a sense of dread.” 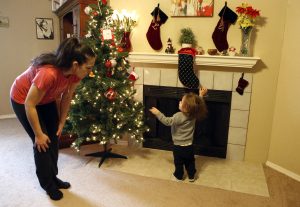 Lindsay Diaz and Arian at the home she is renting. Photo/Lara Solt

Lindsay Diaz admits she hasn’t looked forward to the holidays this year the way she usually does. And now? Certain kinds of weather put her on edge — like one afternoon a few weeks ago.

“It was kind of warm outside and then the sky looked the same as it did that day,” she said. “It kind of scared me a little bit.”

Her 17-month-old son Arian is more concerned with his toys than the weather, and Diaz spends all her time making sure his life is healthy, happy and whole — no matter where they live.

Still, she looks forward to the day they’ll all go home, even though it’s hard to imagine that day will ever come.

“A year later, a year and a half, sometimes even two years later, you’re still going to struggle,” she said. “This is something we’ll never forget.”

She says the process of rebuilding a life is something she’ll always remember.

After A Tough Year, Family Celebrates: 'We're All Still Here'