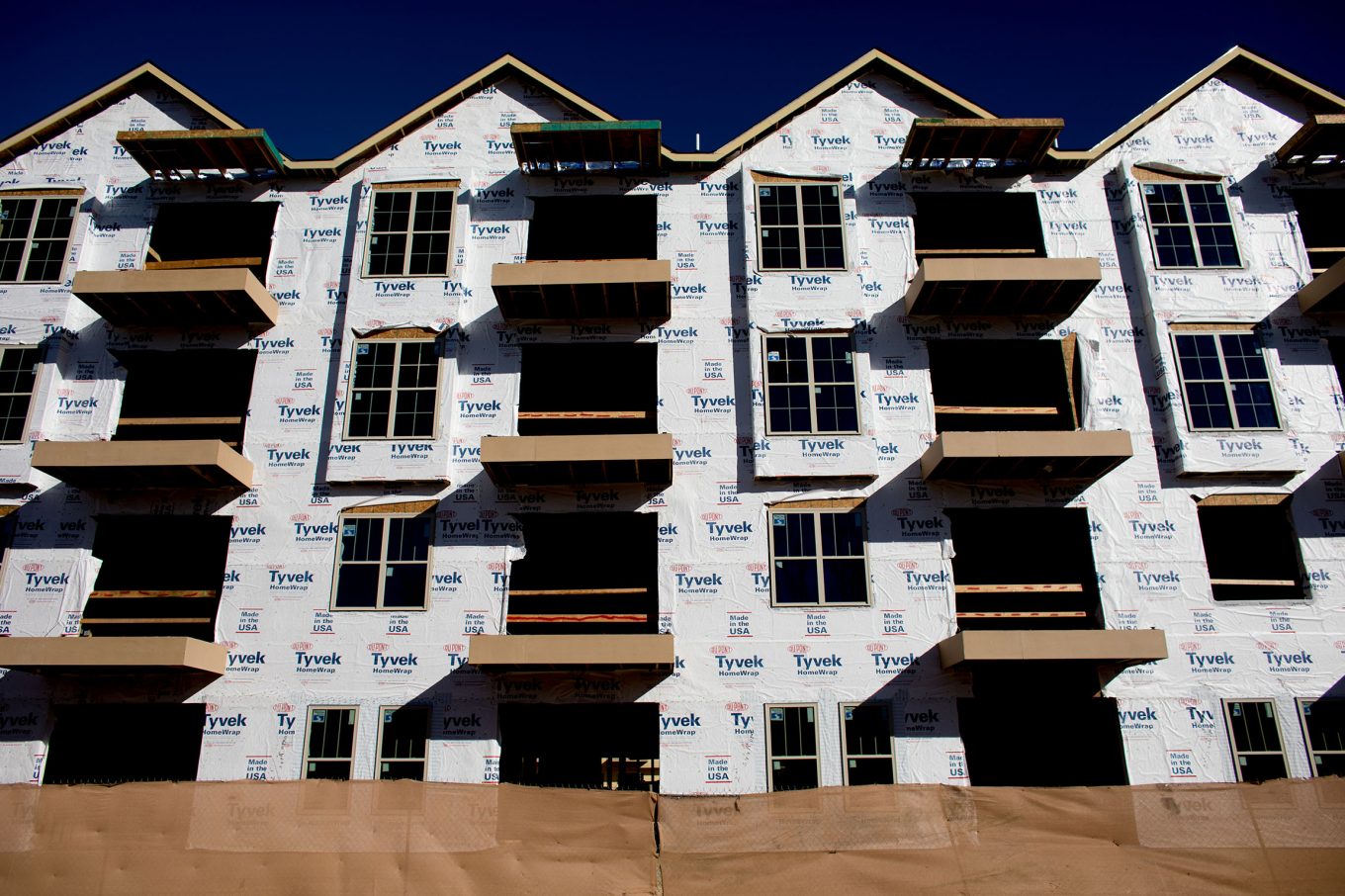 The housing boom has led to new apartments all across North Texas. But affordable options are scarce. Photo: Allison V. Smith
The KERA Radio story

On paper, Natalie Berquist has a good, steady grip on her life. She’s had the same job for five years and earns $17 an hour, with benefits. Despite making more than double the minimum wage, she was struggling when we met her five years ago. And now, she’s still juggling work, money and a more complicated version of motherhood.

At this point in the year, the notion of a paid sick day, personal day or vacation day feels like a distant memory to Natalie Berquist.

She’s been out of paid time off since the beginning of the year. That’s because her 9-year-old son, Samuel, struggles with severe attention deficit hyperactivity disorder, or ADHD, as well as other mental health and behavioral problems. He has several doctor appointments and therapy sessions, and there are also days where he just can’t be at school.

“They do the best to keep him, but there are sometimes I have to pick him up,” she said. “They just can’t continue to have Samuel at school when he’s just, you know, not safe.” 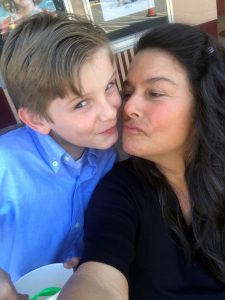 Natalie Berquist and her 9-year-old son, Samuel, pose for a selfie.

And when the school calls, Berquist has to leave work. She’s 47 now, and has been with the same company for more than five years, working in customer service for Mr. Cooper, a mortgage company in Denton County.

She says taking unpaid time off makes it tough to pay the bills and impossible to save up for a place to live.

“I tried to recently just go get us an apartment. But they’re like, ‘Yeah, we need another deposit,’” she said. “I don’t know who has $2,400 to move into an apartment, but not me.”

So, Berquist and her son live with her brother, who’s a truck driver and out of town a lot. He’s been happy to share his home with them, rent free.

When we first met Berquist five years ago, she was renting an apartment in Lewisville. It had next to no furniture. She moved there not long after a stint in a homeless shelter where she landed after a brief layoff.

Now, if she didn’t have her brother’s home as a safety net, she says she and Samuel would be back in the shelter.

In Dallas County, more than half of renters are what’s known as “housing cost-burdened,” according to new research about life on the financial edge. That means they spend one of every three dollars they earn on rent. About a third of homeowners are in the same boat.

A full-time worker making $17 per hour, or $32,640 per year gross, and renting a home in Denton County at the median cost of $1,051 would be spending 34 percent of her income on rent and considered cost-burdened.

“You throw in really high prices for rent, or for even buying a house, it makes it just impossible for someone who’s not making a pretty significant income to be able to make ends meet alone.”

So, is $17 an hour considered a significant income?

“When you hear that Natalie makes $17 an hour, you think, ‘Wow, that’s way over minimum wage. Surely she can be able to make it with that,’” Deviney said. “But what people aren’t considering is the continual increase in the cost of milk, gas, the basic needs that we have every day.”

And that $17 an hour isn’t anywhere close to what’s considered a living wage in Denton County. An MIT research project estimates that it takes more than $23 an hour to support a parent and child here.

Over the years she’s had to help off and on from her church, First Baptist in Dallas.

Berquist has more than just basic needs to pay for, like Samuel’s therapy co-pays and his medication. He’s insured through the state health insurance program, CHIP. Berquist says even one tiny misstep with that paperwork can mean disaster.

“One piece of mail was sent incorrectly somewhere else. It was returned to them, so they canceled the insurance policy,” she said. “So, I’m like trying to run and do whatever they need to get reinstated. And it’s … it’s a battle every day and on a good day, you know, it’s nice not to have to make any calls, just be able to go to work.” 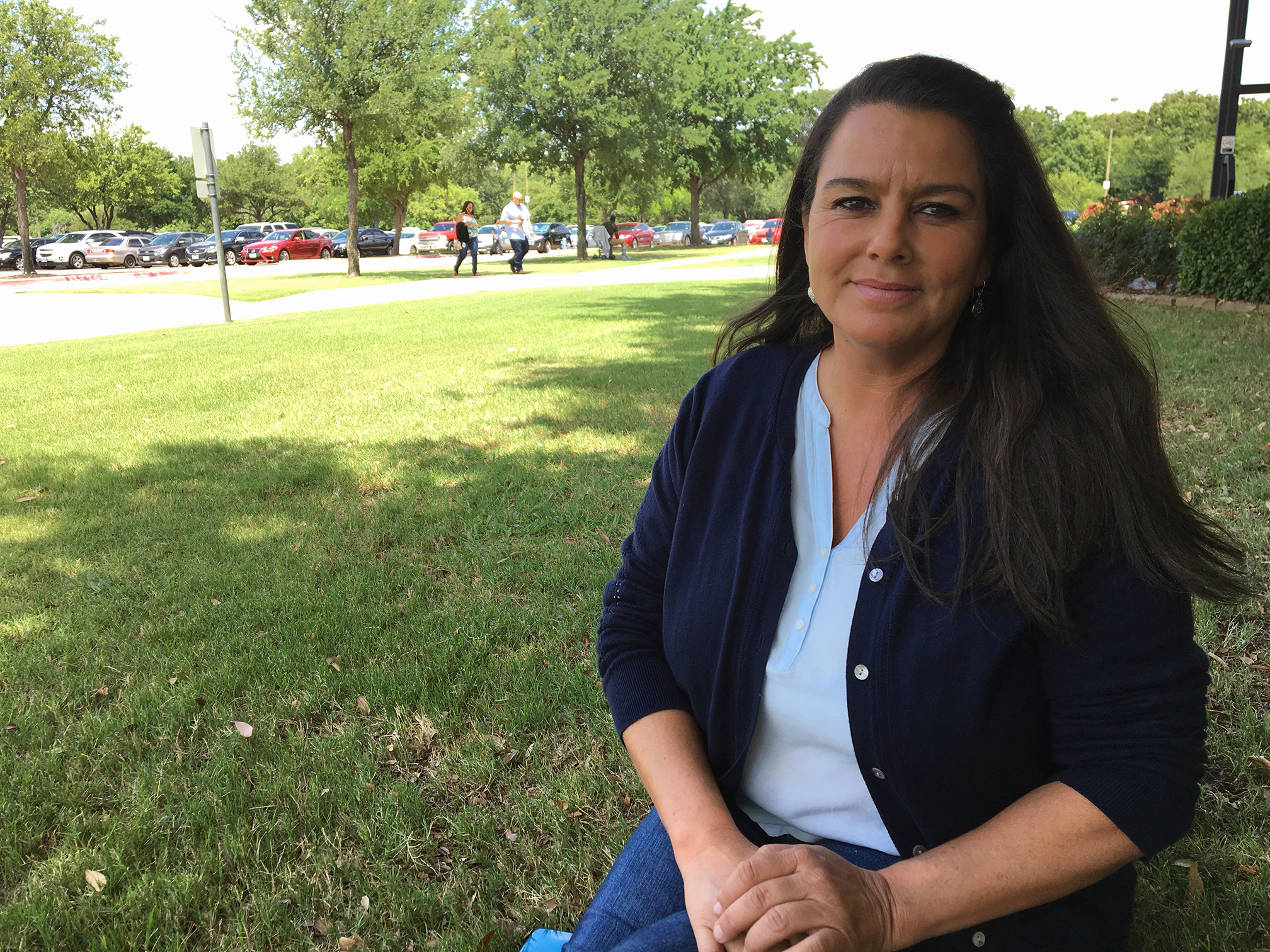 During a recent workday, Berquist took a lunch break and sat on the grass outside her office building. She’s happy to talk about where she was five years ago, and where she thinks she’s headed. But she doesn’t feel like there’s much progress to report.

“I’m going to definitely say, I’m about where I was at,” she said. “There’s not been a lot of change, you know.”

As her lunch break winds down, Berquist said she couldn’t go back to the office.

Someone from Samuel’s school called. He’s not feeling well.

She had to go pick him up.

We met Natalie Berquist five years ago when reporting our first series of the One Crisis Away project about asset poverty in North Texas. Explore those past stories here: