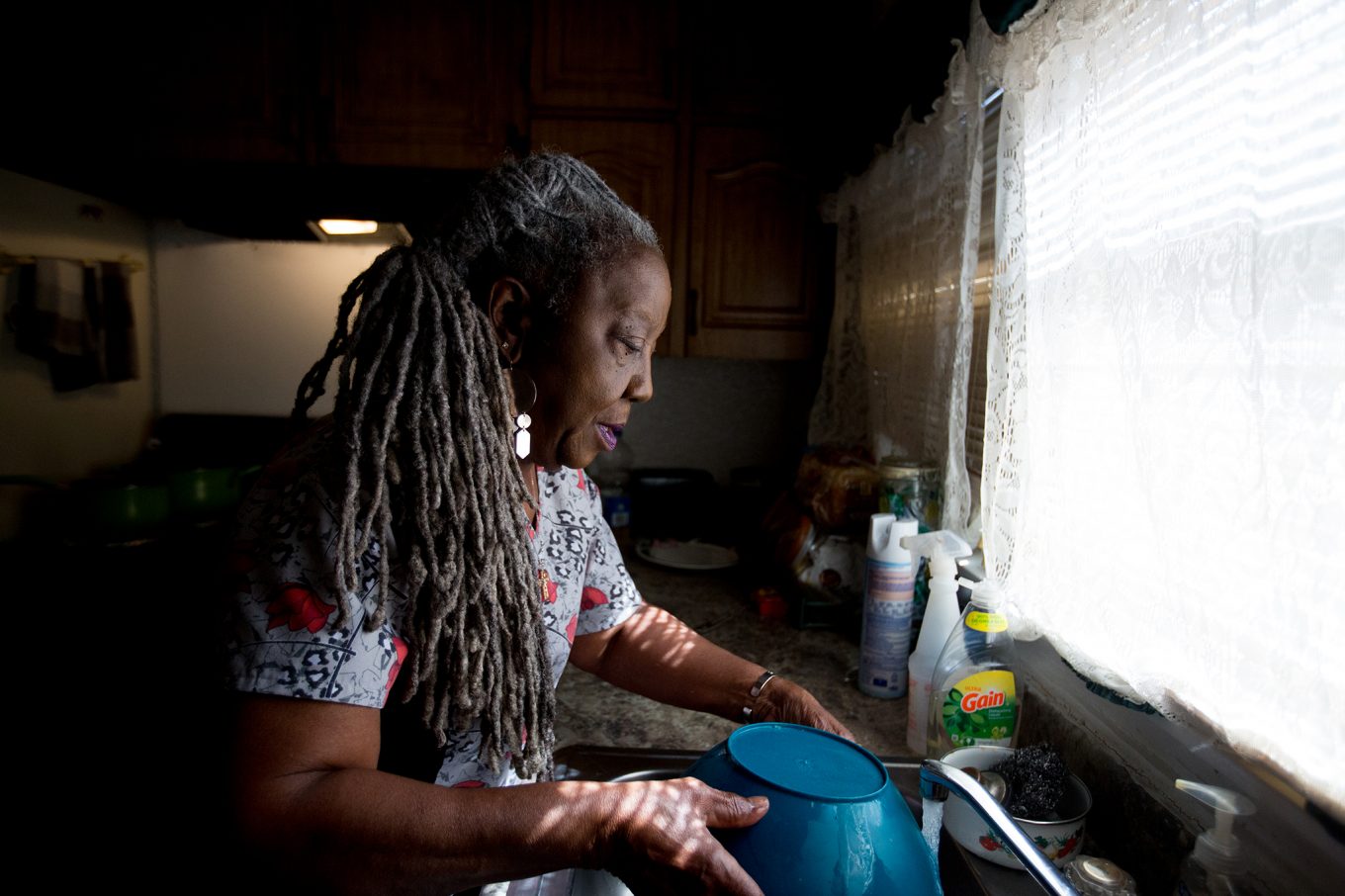 At 77, Dallas Caregiver Can’t Retire — Nor Does She Want To

The federal Bureau of Labor Statistics reports that the fastest-growing segment of the workforce is people 75 and older. Shirley Martin is one of them. When we met her five years ago, she was a greeter at Walmart, making slightly more than minimum wage. Today, she’s 77 and manages a group home for adults with disabilities in South Dallas. She’s better off financially, but to stay that way, she works full time — and she has no plans to stop. 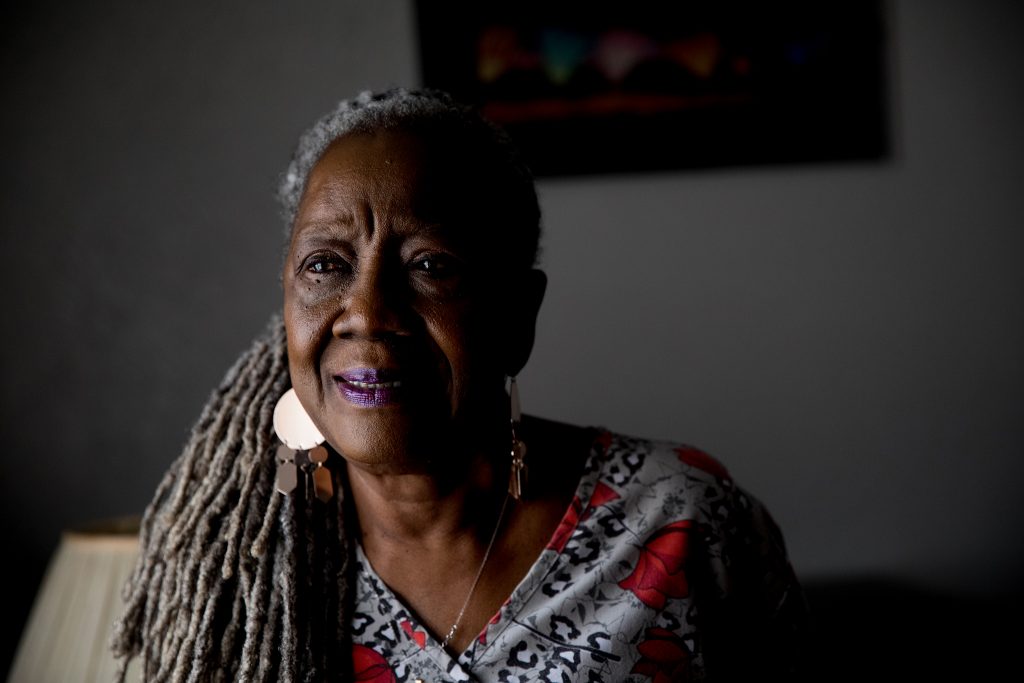 Shirley Martin, 77, can’t afford to retire, but she doesn’t want to either. Photo: Allison V. Smith

Wherever Shirley Martin goes, she sizzles.

Maybe it’s the purple lipstick, or the memorable one-liners she leaves on her outgoing voicemail:

Or maybe it’s the magic she makes in the kitchen. The chicken fajitas she’s cooking smell so good, both residents of the group home where she works have gathered in the next room to wait for the dinner bell. Shirley cooks them three meals a day, plus snacks.

“They love to eat and that’s what I like,” she said. “I love to feed people that love to eat.”

For 34 years, Martin was a cook at Hockaday, a private all-girls school in Dallas. She also catered events and parties. While food is still her great love, she says the job she has now suits her better.

She’s a caregiver for two clients. Sometimes she works every day of the week, spending nights at their homes, too. Sometimes she heads back to her Dallas apartment for the weekend. But she’s not complaining.

“I think if you just sit around and you don’t have anything to do, you just really fade away,” she said. “And I’ve just always have been a people person. I love people and I love sharing and caring.”

Shirley keeps the job because she likes it — but also because she needs it. She doesn’t have a pension or much in savings. And $1,100 a month from Social Security won’t pay the bills. The group home caregiver job brings in another $1,300 or so a month.

She can pay rent, keep the lights on, fill up her car with gas and still have enough left for a night out, or a manicure.

“I’m in a better spot now. And I’ve learned how to really save and just use what I have to use,” Martin said. “But I still believe in living and looking good and doing what I have to do for me.

Shirley Martin is in the same boat as a lot of Texans, who are the right age for retirement but can’t survive on a just Social Security check. The Bureau of Labor Statistics says the category of workers 75 and older will grow by 6.5 percent by 2024 — faster than any other age group.

Frances Deviney with the Austin-based Center for Public Policy Priorities says some fundamental things in the economy have changed.

“Pensions practically don’t exist anymore,” Deviney said. “People change jobs every few years in order to try to advance or try to fit their needs for their family.” 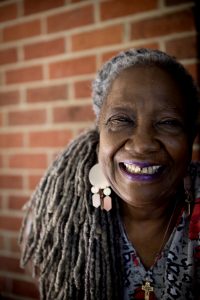 Working people can usually put a little money aside over time. But it’s going to take employers with savings incentive programs to pave the way to a comfy retirement, Deviney says.

“With prices rising … you’ve got to do for today and it’s really hard to think about tomorrow,” she said. “And that’s why when companies take the proactive step to look after their employees and really build in smart savings plans that get people saving early and often, it can make a huge difference for somebody by the time they’re in their 70s and potentially looking to retire.”

Martin isn’t looking to retire. She can’t afford to — and she doesn’t want to.

And once you spend a little time with her, it’s easy to believe that she will. The care she takes when she cooks for her residents, the easy way she talks to them, the tidy house she keeps — this job fits her. And she says she doesn’t spend time fretting over an illness that might derail her down the road, or an unexpected expense that might crop up.

“I don’t worry about that because if it happens, it happens,” she said. “And then I just think I would be able to deal with it and keep going. You know? That’s how much faith I have.”

And, Martin says, she’d rather live on faith than fear.

We met Shirley Martin five years ago when reporting our first series of the One Crisis Away project about asset poverty in North Texas. Explore those past stories here:

In Dallas, 'The Rich Get Richer And The Poor Get Poorer' Rings True