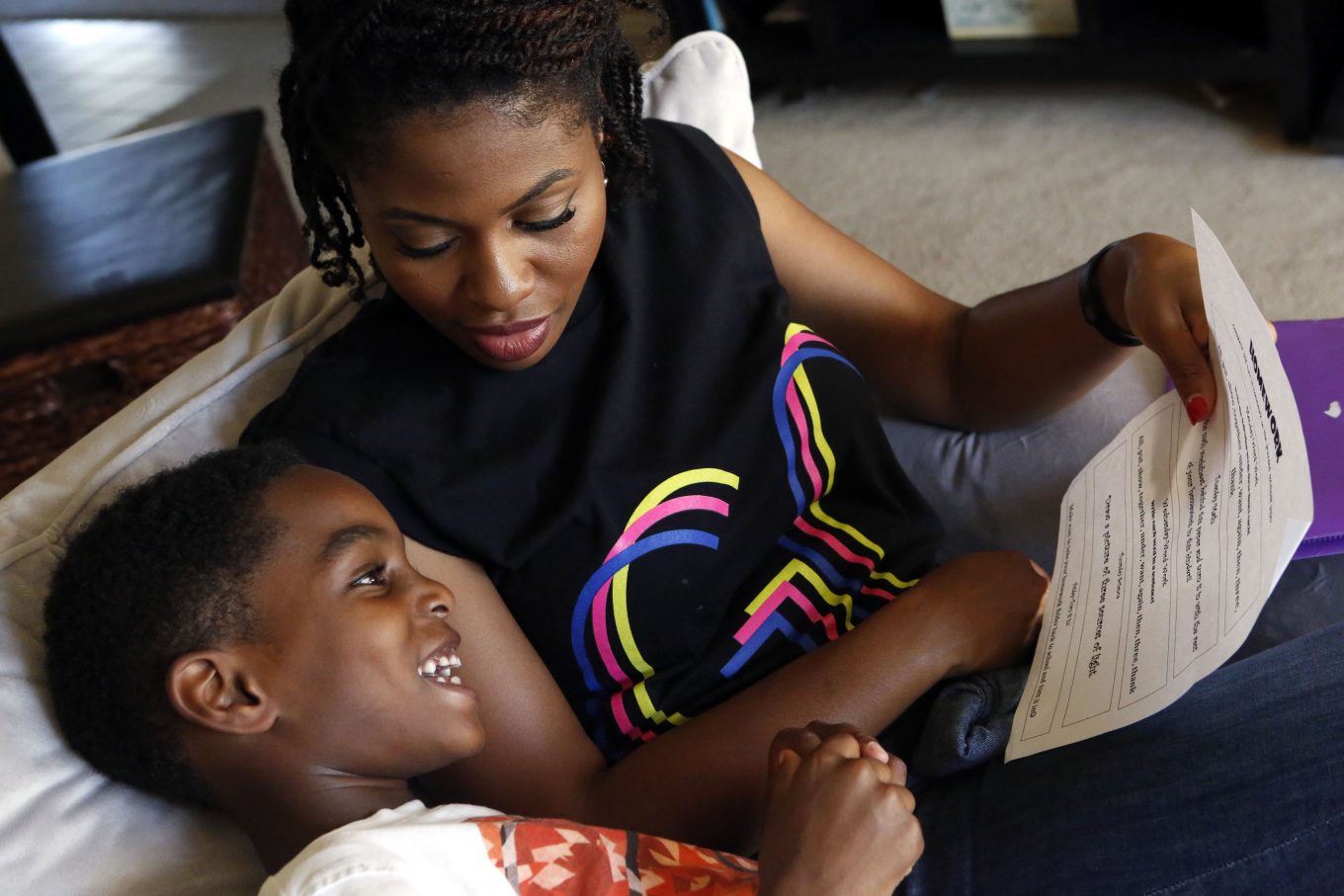 Jennifer Anderson goes over homework with her 6-year-old son, Jayden, at a rental home they share with a roommate in Garland. Photo/Lara Solt
The KERA Radio story

Single mom Jennifer Anderson thinks she’s endured her fair share of tragedy. Last year’s tornado ripped her Garland apartment to pieces. She lost her husband to suicide just two years before.  She’s resettled in a rental house now, but she can’t shake the feeling that a crisis could be on the horizon. It’s something she struggles with, even a year later.

The after school scene at the Anderson house is, in a phrase, high-energy.

“Soccer outside, not inside,” Jennifer tells her two boys. Jayden is 7 and Jordan is 5.

Impromptu soccer games and tree climbing are the norm.

Mom makes sure spelling homework is on the daily to-do list, too.

“Yellow. Good job,” she says as she reviews it. 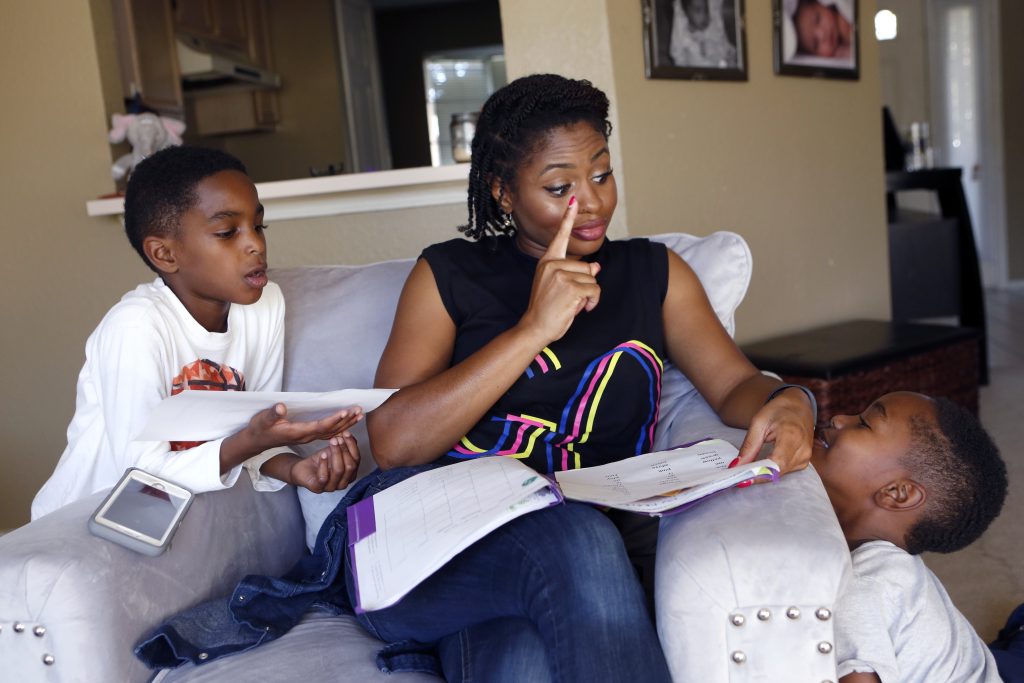 Jennifer Anderson and her sons Jayden, 7, (left) and Jordan, 5, (right) go over homework at their rental home in Garland. Photo/Lara Solt

Jennifer, Jayden and Jordan are a tight-knit trio. They’ve been through a lot — losing Dad to suicide in 2013, relocating to Texas to start over and then returning from a holiday trip to a shattered apartment — after a tornado tore through it.

“It just ripped the whole wall, along with the roof, off the building,” she says.

Jennifer had renters insurance, although her $10,000 policy didn’t stretch far enough to cover everything she lost. Furniture, mattresses, toys and clothes — what the storm didn’t ruin, the rain over the next few days did.

“A lot of the stuff had mold,” she said. “Most of the pictures and things that were on the wall were gone.”

‘I should have a little bit of peace’

For three months, Jennifer, Jayden and Jordan lived in an extended-stay hotel while she looked for a new place to live. The rental market in the storm-hit area was tight. Competition was fierce because so many other people were looking and, Jennifer says, because she’s a single mom. 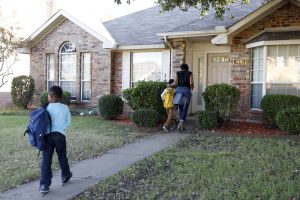 “Two-income households and things like that, of course they’re going to rent to them before they rent to someone with just one income,” she said. “That was like, really, really hard.”

Finally, she found a rental house in Garland she liked. It was a little out of her price range, so she has a housemate to help defray the cost.

“Now that we’ve finally got a place to live, we’re ecstatic about that,” Jennifer says. “You know it’s great not having to worry about how much longer the insurance is going to pay for you to live in a hotel or not knowing exactly where you’re going to come home to.”

Now that she’s signed a lease, the house question has been answered. But as far as being at peace, she’s not there yet, she says.

“I feel like I’ve earned it, I should have a little bit of peace,” she says. “I think I’m still a little uneasy. You have that feeling of ‘OK, what’s next?’”

Dealing with long-term stress and fear

That kind of anxiety, feeling unsettled despite being moved into a new place, isn’t uncommon, according to social worker Valencia Alexander. She manages the senior services program for the City of Dallas and helped with counseling after the tornadoes on Dec. 26.

“Initially, the adrenaline is rushing, you have all kinds of help. Everyone’s empathetic with you and then they think, ‘Well no, you should be OK, you’ve got a new house, maybe you’re in a different apartment,’ but you still have the fear of what you’ve experienced,” Alexander says. 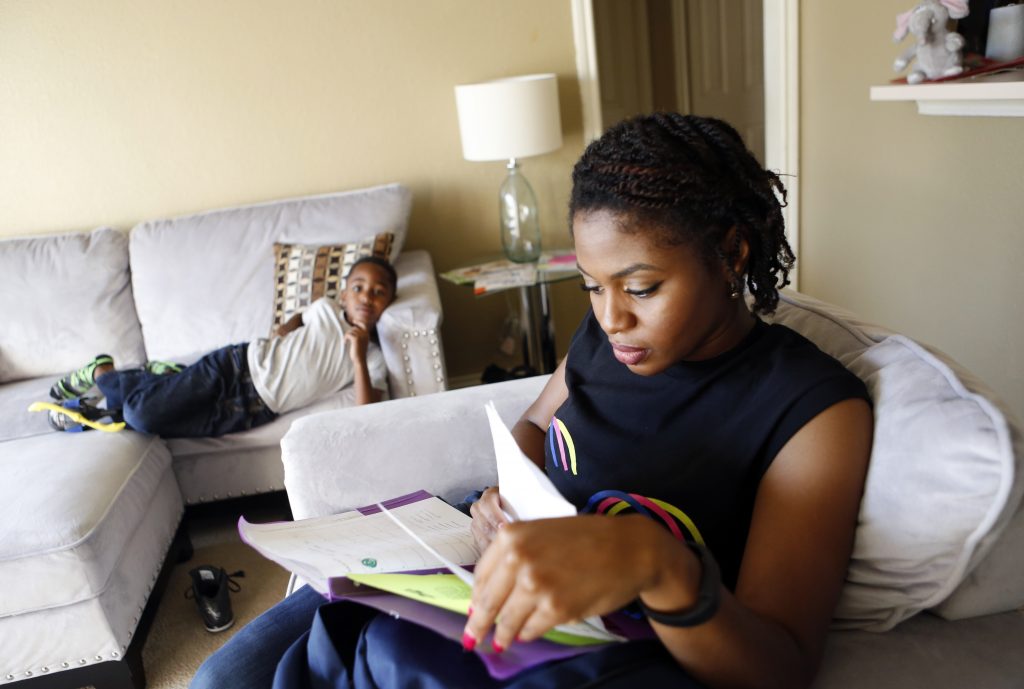 Jennifer Anderson and her son Jordan Anderson, 5, go over his homework at their rental home they share with a roommate in Garland. Their apartment was destroyed in a tornado in December 2015.
Photo/Lara Solt

Alexander says even renters like Jennifer have to get used to new realities — a different address, new furniture, an unfamiliar neighborhood.

“I lost the things that were important to me,” Alexander says. “Can I really trust moving into another environment, where can I find a place that’s safe?”

And while Anderson isn’t dreading the anniversary of the storm that wrecked her apartment, she’s still struggling to rebuild, even a year later.

“I feel like I’ve earned it, I should have a little bit of peace. I think I’m still a little uneasy. You have that feeling of ‘OK, what’s next?’” 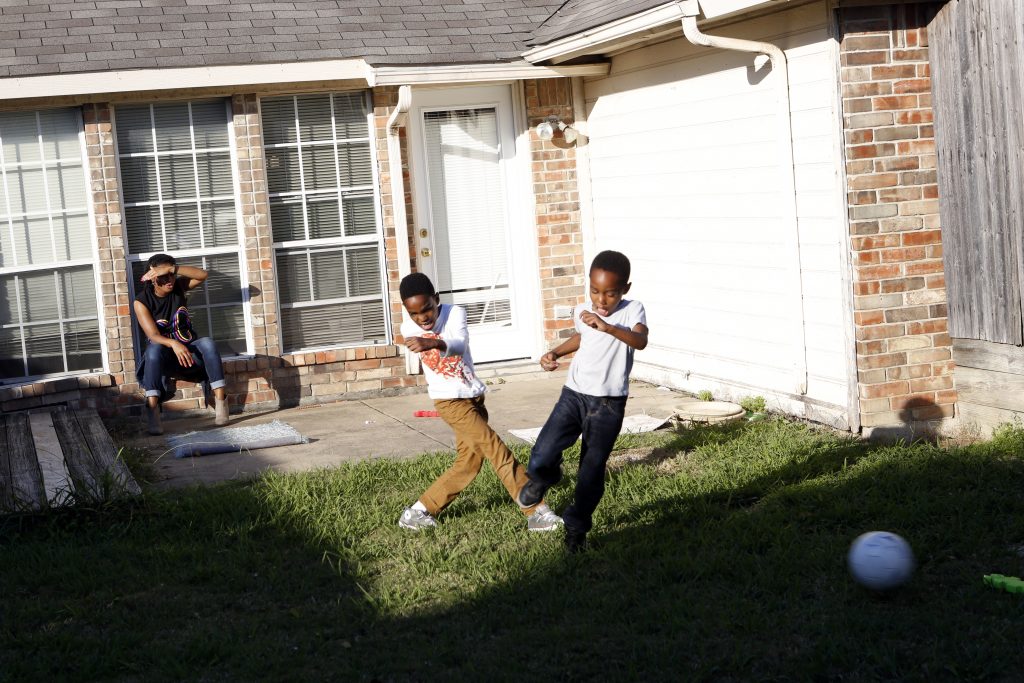 Jennifer Anderson watches her sons play soccer in the backyard after school at home in Garland.
Photo/Lara Solt

Money is tight. She’s working two jobs with flexible hours so she can be there for her kids after school and make enough money to hold up her end of the rent.

It’s worth it, she says, to give her little family a home.

“Space for them to go out and play instead of running down the halls of a hotel,” she says. “There’s a big tree outside. They love climbing it. They get to be boys again!”

Most important, she’s determined to shower her boys with all the love and attention they need. That’s not always easy as a single parent, she says. There’s two of them — and just one of her.

“What I’ve learned is no matter what happens, you can get through it,” Anderson says.

And while Jennifer would welcome a serene and stable 2017, she says she’s ready for whatever life has to throw at her.