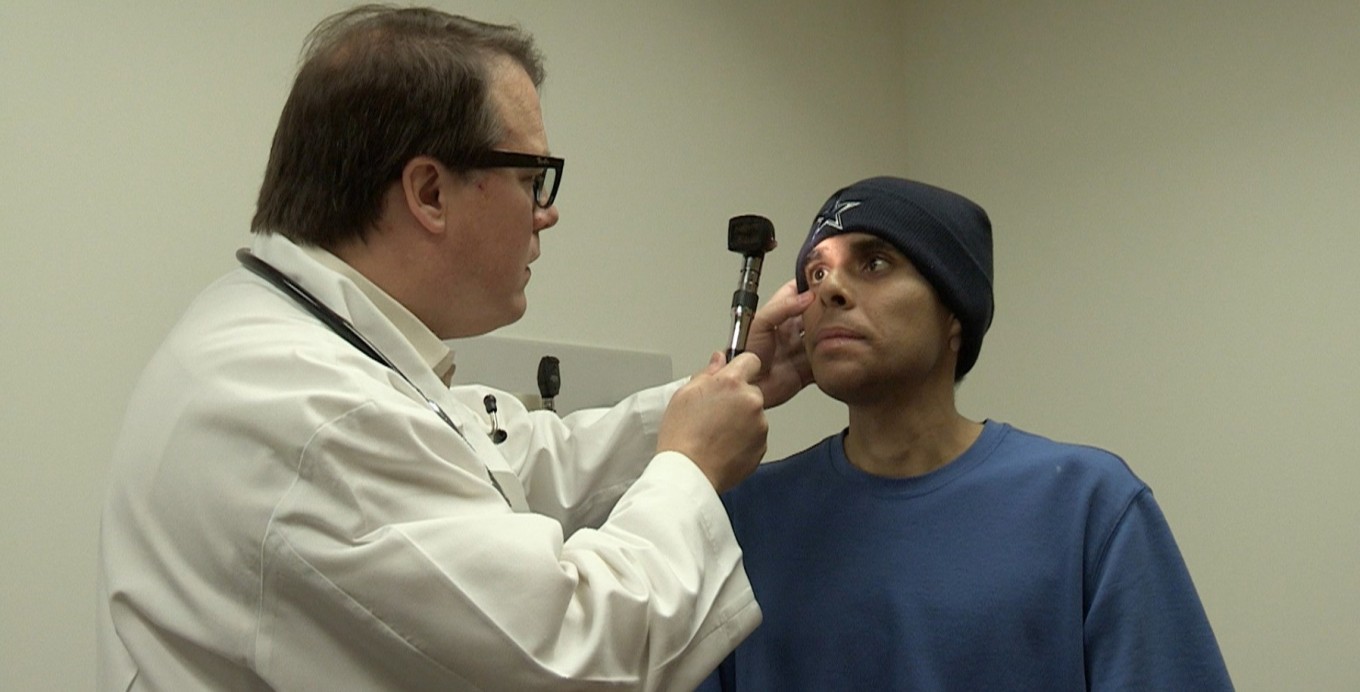 Isac and Elizabeth Madrid were living a typical middle class life, until a medical emergency knocked them off their feet. Now, each day is a battle that starts at Baylor Medical Center. 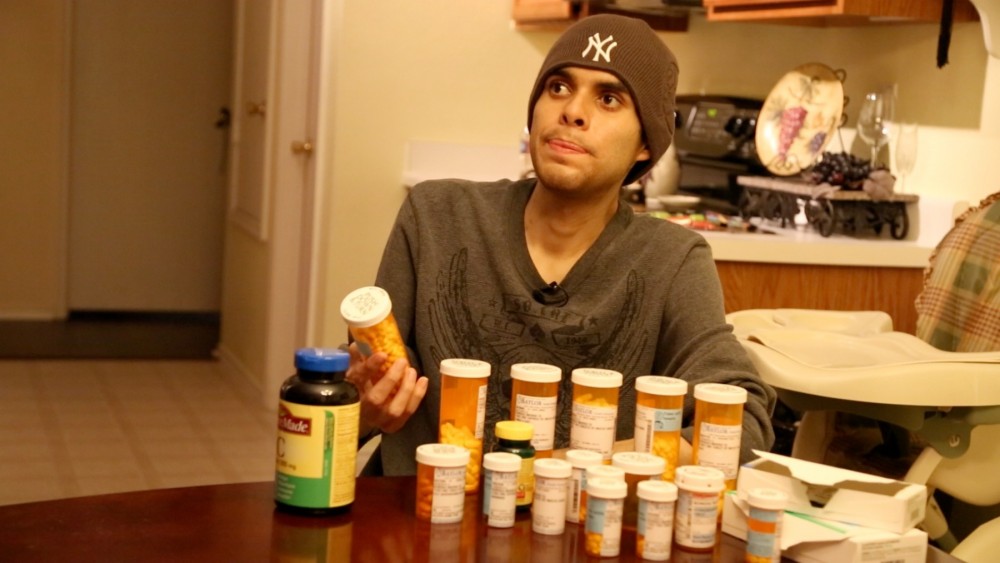 Bottles and bottles of pills: Isac Madrid with the myriad medications he takes each day. Photo/Dane Walters

Many 25-year-olds rise and shine with a cup of coffee, maybe “Sportscenter” or the morning paper. Isac Madrid bundles up, grabs a backpack full of medicine and reports to his doctors at 8:30 a.m. sharp.

On Nov. 11, Isac got a bone marrow transplant. Every day since, he’s been back to the hospital for labs and checkups.

“Ever since the transplant, they monitor me constantly, make sure my blood levels are good, they’re high enough for me to battle some infections that I may get,” Isac says.

Isac has a rare disorder, Erythropoietic Protoporphyria. In Isac’s case, it’s severe. Chemicals in his bone marrow build up and damage his liver. He’s been sick for more than 18 months and lost close to 70 pounds.

A Wide Range of Emotions

One of Isac’s doctors is Dr. Estil Vance with Texas Oncology.

“So the first step was a liver transplant … and that went fantastically well, and the second part is replacing the abnormal bone marrow with the healthy bone marrow from his sister,” Vance says. 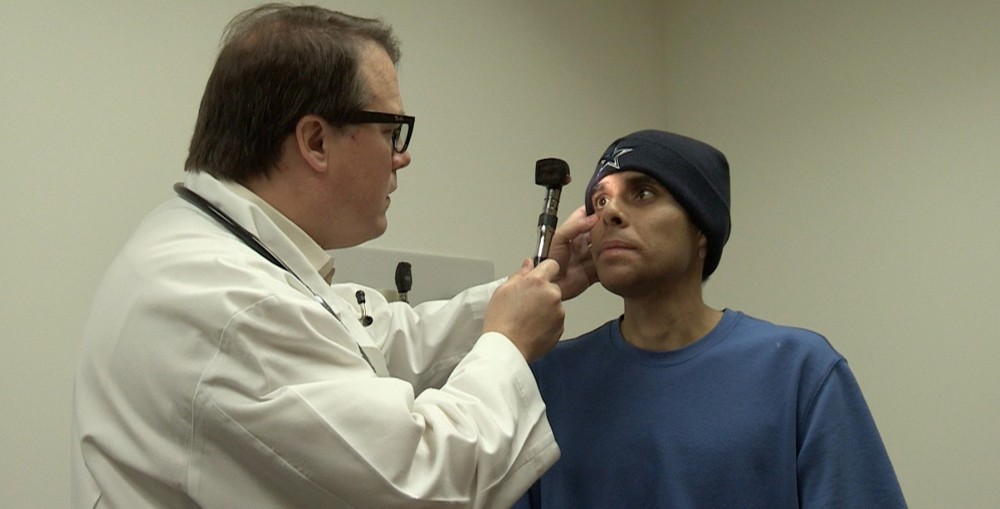 “This time, he’s doing better,” Vance says. “It’s probably a lot harder coming to and from the clinic.”

Isac says the transplant, blood work and constant check-ups are physically draining. Emotionally, he’s all over the map.

Aside from the pain he’s in, Isac battles chronic worry. He’s too sick to work, which puts his family in a tight spot financially.

His disability benefits plus income from his wife’s full-time job don’t cover all their expenses, so they’re constantly juggling bills and payments. They’ve even started an online fundraising drive.

Worse still, Isac is missing precious time with his only child.

“I still can’t pick him up that much. Can’t really play with him.”

Isac has a big family that loves to celebrate the holidays, but he spent Thanksgiving in bed.

“With seven sisters, I also have 18 nieces and nephews. So it gets pretty loud, it gets noisy, everybody plays,” Isac says. “We all go outside. Some of us play football, baseball. And I probably won’t get to do none of those things. I usually for the most part just last two or three hours before I’m drained out and have to go home and rest.” 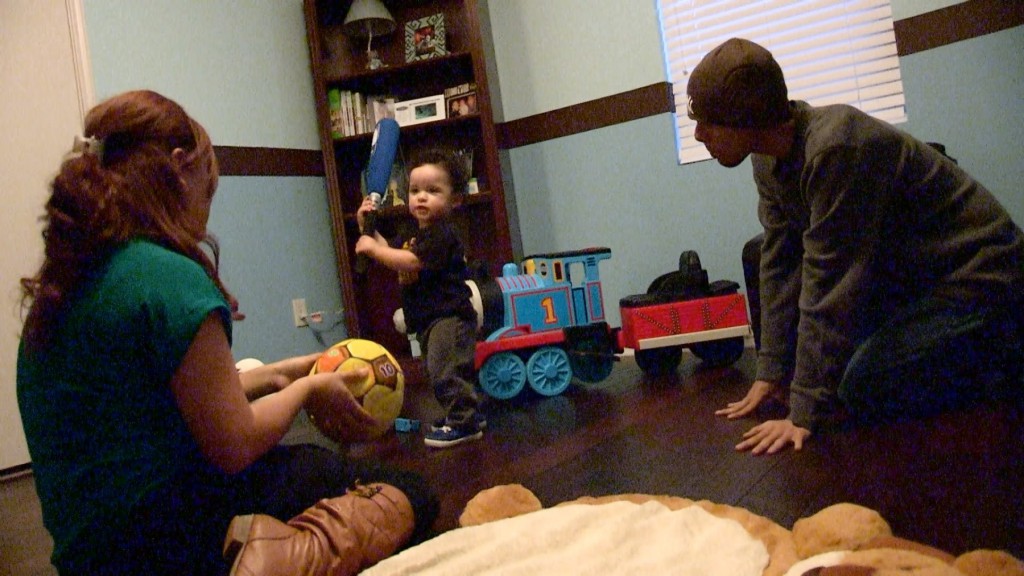 Precious moments: Due to Isac Madrid’s medical issues, he doesn’t have as much time as he’d like with his only child, Isac. Photo/Dane Walters

That’s not the way a young husband and father wants to move through life.

But if this bone marrow transplant takes, Isac’s doctors paint a much brighter picture.

“Our hope would be within just a few months of transplant that he would be back to normal,” Vance said.

A life that ended to soon

Sadly, that didn’t happen. On Feb. 13, 2014, Isac died. A fundraising page has been established to help pay for medical and funeral expenses.

Last October, Isac reflected on the toll his illness was taking on his family.

It was hard not seeing his baby boy. “Basically, I watched him grow through pictures,” he said.

It was hard, too, for his wife.