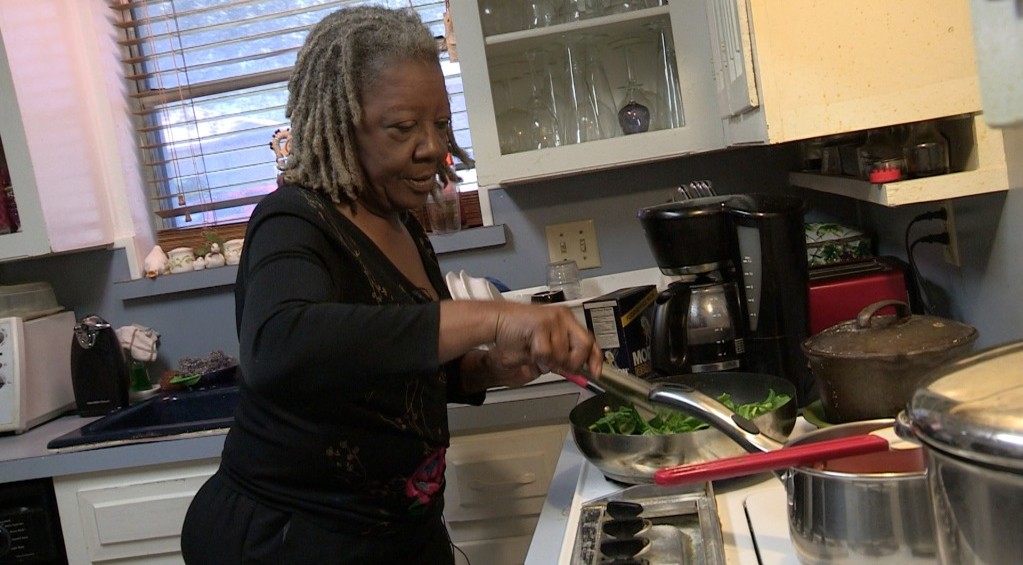 Staying Afloat During The Golden Years

Preparing for retirement is daunting for anybody. Without an inheritance, a hefty pension or a 401K, it can be tough to get by.

Take Shirley Martin. She’s 72, she lives in DeSoto and she’s struggling to make ends meet. But instead of getting discouraged, Shirley’s getting creative.

When you walk into her cozy home, one thing is clear: In the kitchen, she’s the master.

For this meal, her daughter Anita is playing the role of sous-chef as Shirley bustles from sink to stove to oven. She’s making baked chicken over seasoned spinach, and she sets the whole dish off with fluffy saffron rice and colorful vegetables.

Shirley has been cooking since she was a teen — at first because she enjoyed it, and then professionally.

“I started at Hockaday School in ’63 and I started as a line server,” Shirley says. “So it came up that we needed a cook, so I tackle anything and I said, ‘I want to take that head cook’s position.’ I did, and I just went by recipes, but I’m always one to do my own thing. If you kind of put your touch into anything, it makes it better.”

She left her job at the Dallas private school in her late 50s after suffering a brain aneurysm. Once she recovered, she took other cooking jobs, one at a church and another catering parties. Shirley, a breast cancer survivor, has hung up her professional apron, but still loves the kitchen. 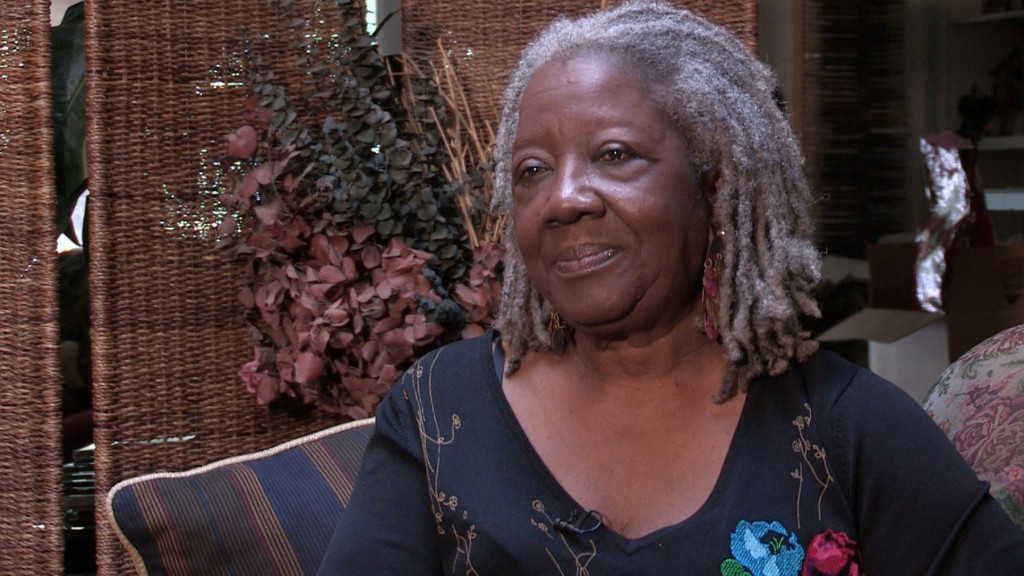 Shirley Martin, a retiree, rents out rooms in her home to bring in enough money. Photo/Dane Walters

Shirley, who’s divorced, gets a Social Security check every month and an annual retirement from her time at Hockaday. But with no savings, she doesn’t have enough to pay the mortgage and her bills.

“It’s hard to save. You save it today, you spend it today,” Shirley says.

To stay above water, she turned to Shared Housing, a nonprofit that provides her with tenants.

She leases out two rooms in her four-bedroom ranch style house for $400 a month apiece. Her two boarders are as much a part of the household as Shirley’s family photos and antique cooking molds.

“If they weren’t here, I wouldn’t be able to make it, it’s just as simple as that,” Shirley says.

She has family nearby to make sure her tenants are on the up-and-up.

“I have a grandson and he’s going to come and give them the third degree, and Anita, my daughter, they check them out, they kind of feel them out,” Shirley says. “A lot of people ask me, ‘How do you take strangers into your home?’ Well, I just have that kind of faith and I know they need the help.”

Worrying about money every day

Even though many people her age no longer work, Shirley works 19 hours a week as a receptionist at a south Dallas Salvation Army. It provides a little extra income that she needs — she makes $7.25 an hour, or more than $400 a month. She enjoys her job, helping folks who call in figure out where to find help.

Still, she worries about money every day.

“Not making my mortgage, No. 1, and then, of course, the plumbing,” she says. “Things can happen. Bills, your insurance, your car breaking down.”

Shirley says while financial concerns are top of mind, she’d rather focus on what’s good in her life – a loving family and those kitchen skills. That’s a gift everyone’s grateful when they gather at Shirley’s house.

Shirley’s dream is to one day start her own nonprofit that helps people find affordable housing. She says her love for charity must be inherited.

“When I was a little girl, my mother used to take a red wagon and go around the neighborhood and take up canned goods and stuff. For whoever was not as fortunate as we were,” Shirley recalls. “And that’s the same feeling I have today when I take people in from Shared Housing or anywhere. I feel that same way. I just think, ‘If I could do it, I would.’”

And despite her own struggles, Shirley is.