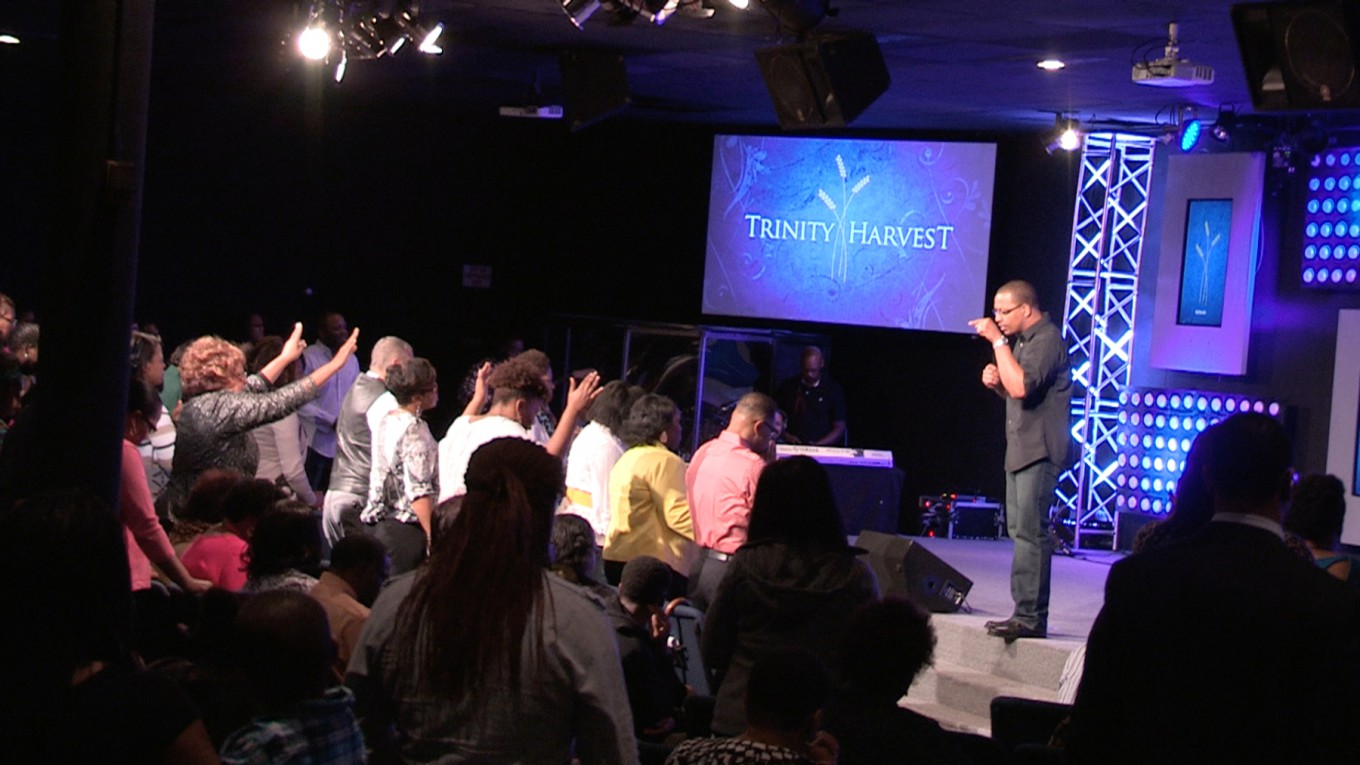 Struggling With Finances, Not Their Faith

They both have steady jobs, their home is pristine and there’s food on the table each night. But they’re constantly beating back debt.

The Dorys are keeping their family on track with financial planning and faith.

There’s no denying the energy of the 10 a.m. service at Trinity Harvest Church in Hurst.

On a recent Sunday, about 200 worshippers sang, swayed and traded Amens. The church is modest, a converted bingo hall in a small strip center. But there’s nothing subdued about the congregation.

“Without having the pastors that we have here, the ministry leaders that we have here, it’s no way to keep going,” Schnique Dory says. “You know, you get boggled down with work stuff, with the stresses and strains of life. This is just something to encourage you, to keep you going. Just to renew your faith in God.”

Schnique and her husband, J.C., worship at Trinity Harvest every Sunday, along with her two children, 13-year-old Jaelyn and 11-year-old Schnthia. 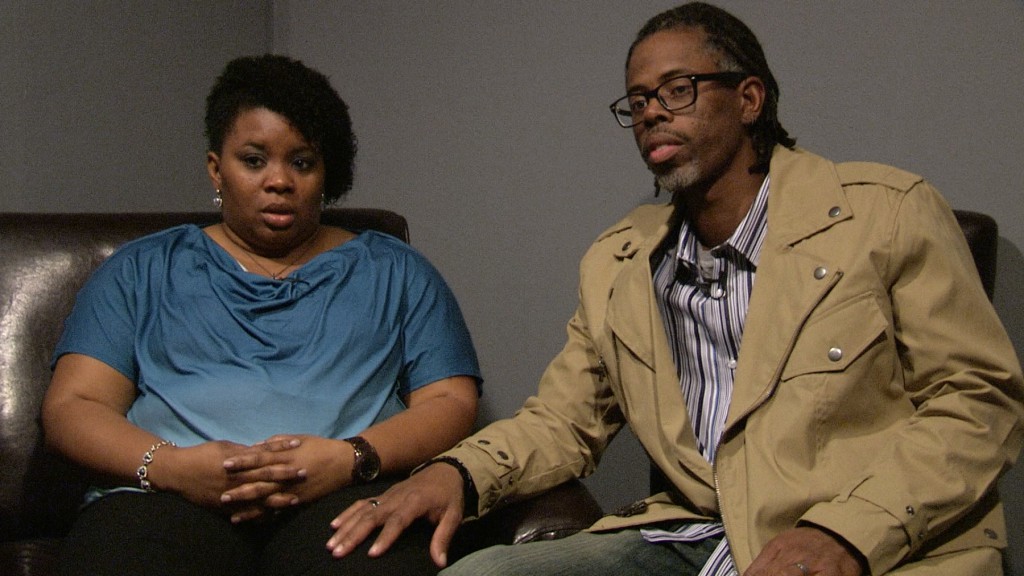 Schnique and her husband, J.C., live a middle-class life, but they’re constantly fighting to stay ahead financially. Photo/Dane Walters

The Dorys look like many middle-class families. Schnique is a middle school English teacher and J.C. is a truck driver. They live in a neat, two-story home in the Fort Worth suburb of White Settlement. And they have a little money in savings.

But they’re constantly trying to stay ahead financially. Their big challenge? Coping with debt.

“We had to start using the credit card again because of a couple weeks I was off work. So now we’ve got the credit card debt back, but we’re knocking it down slowly,” J.C. says. “So we got it knocked out within six months, and it took a couple of weeks for it to come right back.”

J.C. says they live frugally. They’re careful at the grocery store. They only eat out with a coupon and they don’t jump into home improvement projects they don’t need.

But Schnique says they’re living so lean now that if something unexpected comes up, there’s no fat to cut.

“I think that would put our family in a very, very difficult position. And we would have to change our lifestyle a lot,” Schnique says. “We’re frugal. So just with us being frugal and having to dial back what we would spend, it would be a crisis.” 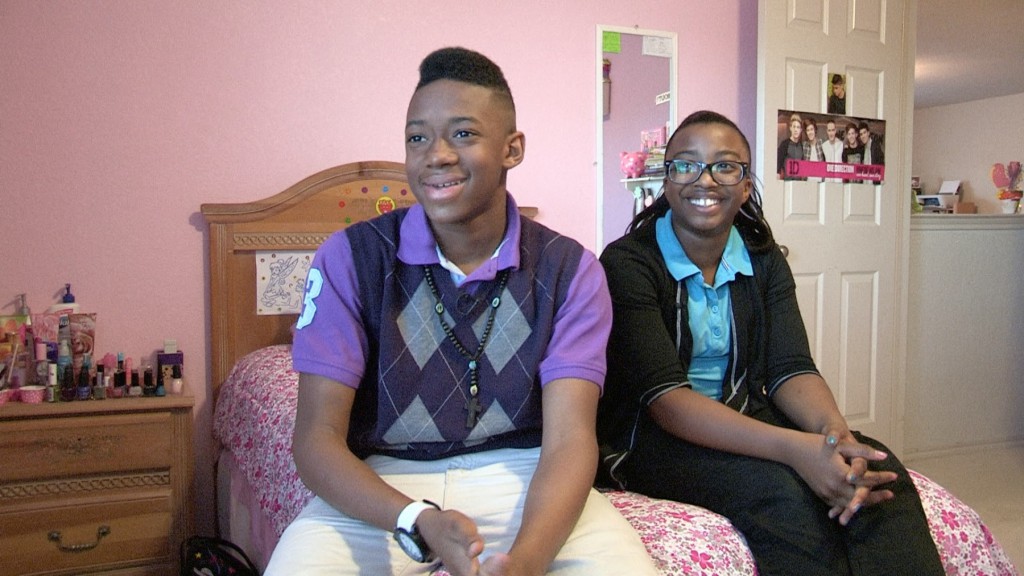 Schnique and J.C. Dory are trying to teach their children, Jaelyn and Schnthia, how to respect money now so they don’t get into trouble later. Photo/Dane Walters

Schnique knows what a crisis looks like. Ten years ago, she was a single mom with no job prospects. She faced homelessness even though she had a bachelor’s degree in business.

“When I left their father, I was a stay-at-home mom, so although I had the degree, I stayed at home, so when I left, I left with nothing. Nor did he provide any support for us,” Schnique says. “So to get a job, I would have to have the money to put my children in daycare. If you don’t have the money to put them in daycare, you can’t really go out to find a job.”

Schnique found temporary housing and got her teaching certification. When she married J.C. in 2012, things started to look up.

They are raising her two kids to respect money now so they don’t get into trouble later. The message seems to be sticking.

Jaelyn says most of his friends live very differently.

“Their parents just give them money and they just go spend it,” he said. “And, with me, I have my own money that I have to spend, so I watch what I spend. Unlike them, since it’s just their parents’ money and they gave it to them, they just blow it.”

Jaelyn and Schnthia say their mom has always been up front with them about their money situation. When both kids were a little younger, their mom handed over her monthly salary, their expenses and told them to make a budget.

But the Dorys say their finances are far from perfect. J.C. says there’s a lot more he’d like to accomplish financially.

“I’d like to have retirement in my savings fund, that’s what I’m working for,” he says. “You know, when it’s time to retire, to have the money to be able to retire.”

“You have to believe in something bigger than yourself. It seems like I could never get caught up until I started paying my tithes,” J.C. says. “It’s when I put it in faith’s hands, in God’s hands, that the money started coming back to me anyway.”

That’s something the Dorys try to always remember.

'Something To Encourage You To Keep Going'

After Husband's Death, A Widow Is Left With Grief, A Son -- And Bills