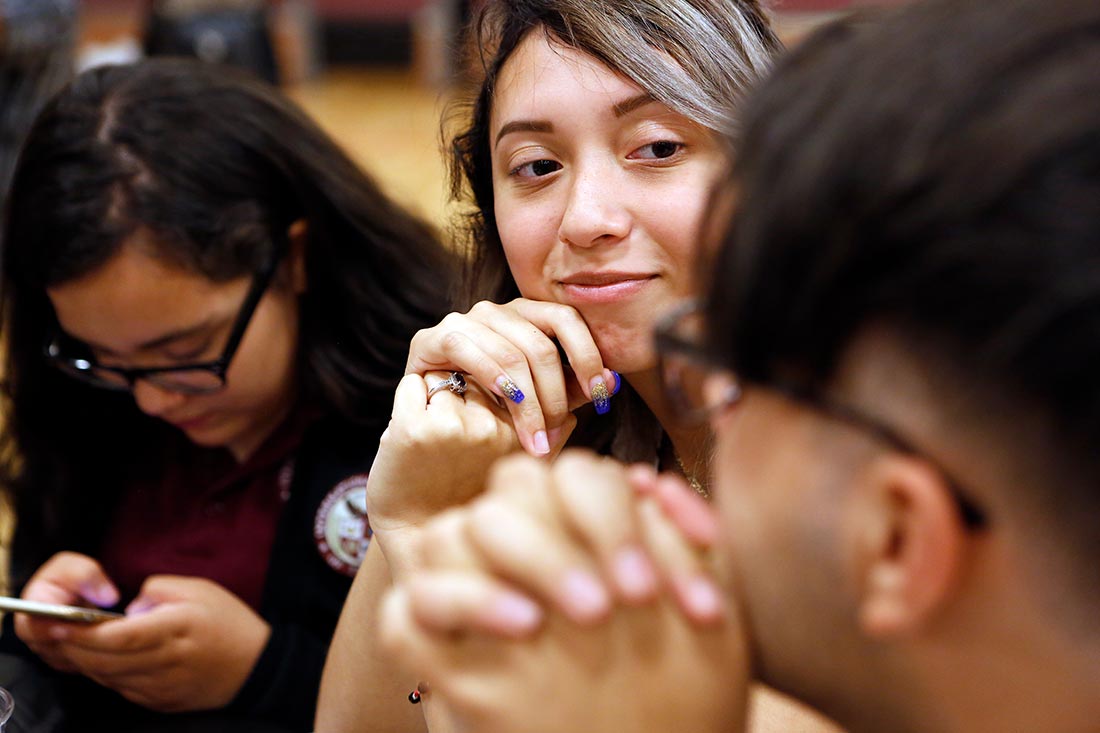 Alex Gutierrez with classmates at the senior banquet at International Leadership of Texas in Garland. Photo/Lara Solt
The KERA Radio story

Alex Gutierrez On Life After High School: ‘It’s Gonna Be Up To Me’

Alex Gutierrez struggled with math — and that kept her from going to her dream school. She just wrapped up her senior year at a Garland charter school where students learn English, Spanish and Chinese. She plans to stay home for a few years going to community college, but she has big plans for the future.

The senior banquet at International Leadership of Texas in Garland is the last big get-together before graduation. Alex Gutierrez and her friends sit around a table talking, laughing and eating fried chicken, mashed potatoes and green beans. The speakers blast Snow Patrol and Andra Day.

Alex is trying to process what she’s feeling – normal emotions for a teenager who’s ending one phase of her life and starting another.

“It literally feels overwhelming, because it all feels like it’s happening so fast,” she says. “Even though when I started the school year, it seemed like graduation wasn’t coming fast enough.” 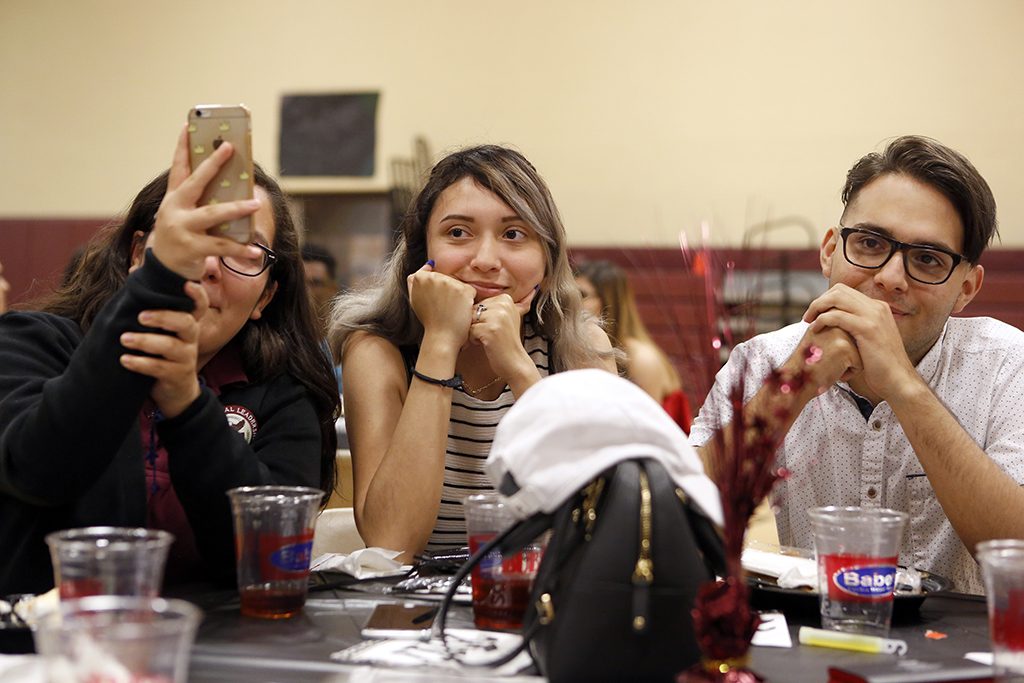 Alex’s journey through high school has been checkered with highs and lows. She’s had an ongoing challenge with math since middle school.

“They say that so I can get promoted to ninth grade, I have to take summer school math,” Alex told KERA in 2013. “Because math is the only thing that’s like holding me back.”

And she was trying to learn a third language — Chinese.

“It wasn’t hard at first, like at the beginning of the school, but it’s gotten challenging,” she says.

Her former principal Nadia Ayala used to give Alex pep talks when she was struggling in pre-AP algebra.

“I told her in Spanish, ‘Necesitas hecharle ganas,’” Ayala said. “You have to put in the will and the work so that you do well, especially when you know you’re not the best at something. You need to work even harder.”

Like any good challenge, the hard work paid off.

“This year in math was actually a lot better,” Alex says. “I was in financial math and financial math was like a lot easier than any other math classes I’ve had in general.”

“It’s a bit frightening because I always had someone guiding me.”
Alex Gutierrez on life after high school

That doesn’t mean senior year was easy. Alex says it has been stressful. She’s been constantly checking her grades, making sure she’s on track to graduate. 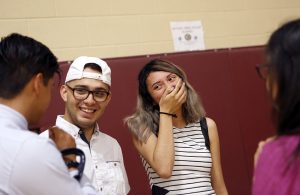 There were also the personal challenges.

Her dad told her he and her mom were getting divorced. The family dynamics changed. Alex says it’s been different.

Alex tries not to think about it too much. She focuses on school. It worked.

She ended up getting Bs on most of her final exams. And she got one of the highest grades on a test that measured how much Chinese and Spanish she knows.

Still, there’s that question: What comes next?

“It’s a bit frightening,” she says. “I always had someone guiding me whether it was my parents or teachers letting me know that: ‘oh, you have to turn this in by this week.’ Or ‘you have a final in two days.’”

Those days are over. 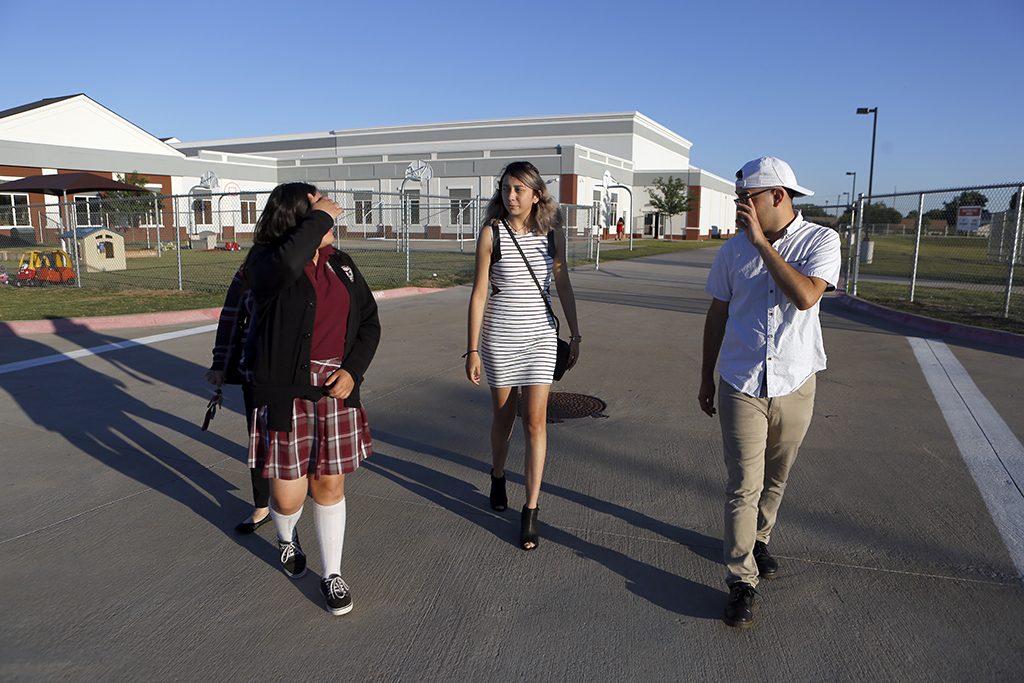 Up for the challenge

For the next couple of years, Alex plans to stay close to home and attend Richland College. After that, maybe Sam Houston State. Her ultimate goal — a dream she’s had since third grade – is to become an FBI agent.

Sure, she wants to see justice done, but part of the appeal is the adrenaline rush.

“It’s not your typical job where you’re sitting down and working on a computer,” she says. “You’re out and you’re investigating and you’re interacting with other people.”

No matter what obstacles lie ahead, Alex Gutierrez seems up for the challenge.

Next step: “Get my basics done at Richland College and then transfer over to Sam Houston State University.”

Favorite quote: “Be the change you wish to see in the world.” — Gandhi

If I could do one thing over, it would be: “I wish I would have participated in more clubs and activities in high school.”

Alex Gutierrez, Through The Years

Joel Luera's School Struggles Set Him Up For Success