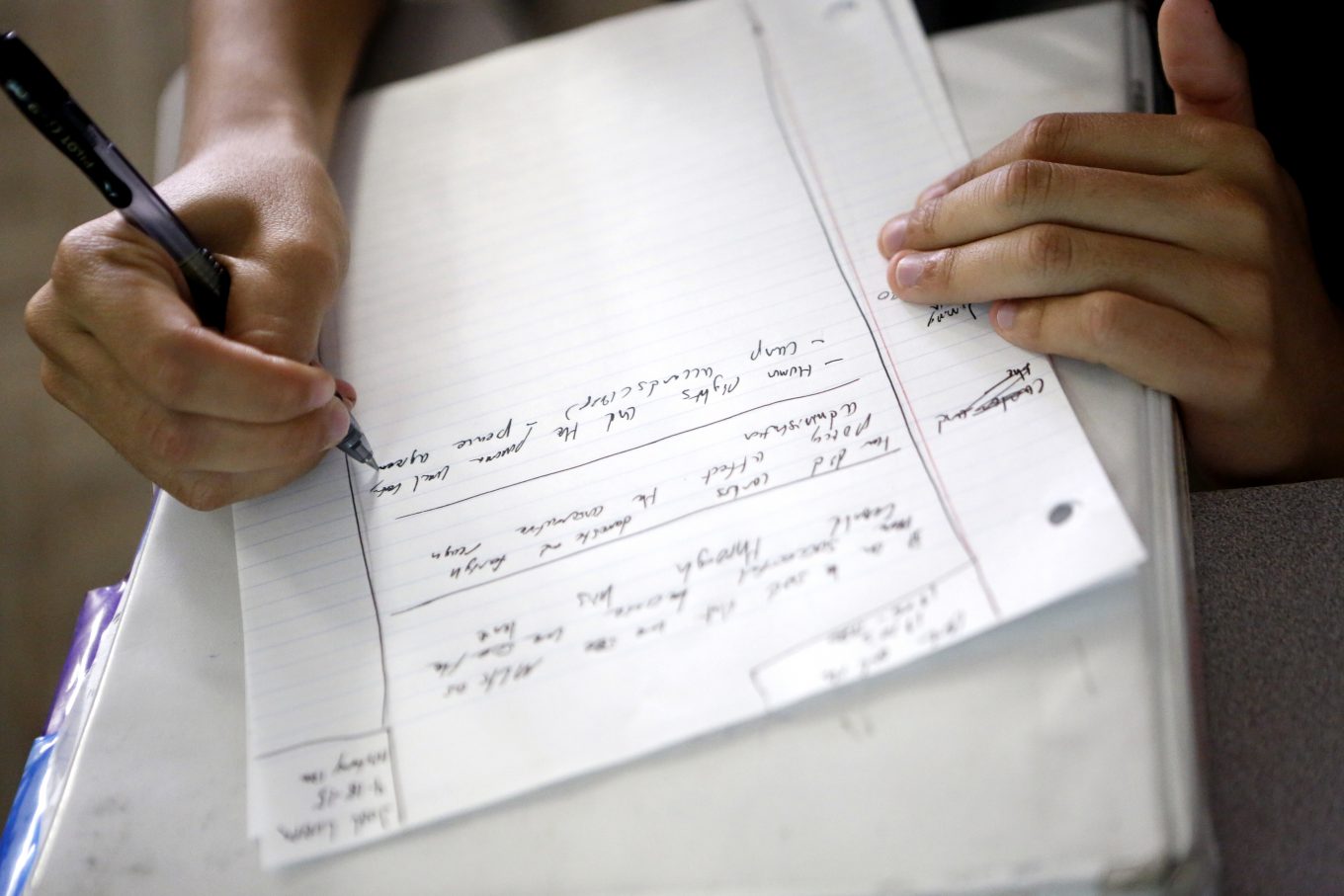 A Look Inside The Class Of ’17

For the past few years, KERA education reporters Stella M. Chávez and Bill Zeeble have followed a group of North Texas students as they navigate high school. We call it the Class of ’17. These students are entering the final weeks of their junior year. We’re checking in to see what challenges they face as they prepare for life after high school.

Joel Luera is a student in the Dallas school district who’s been taking college classes. That sounds appealing because you get to get some college credit out of the way and potentially save some money, but it’s tough, too. 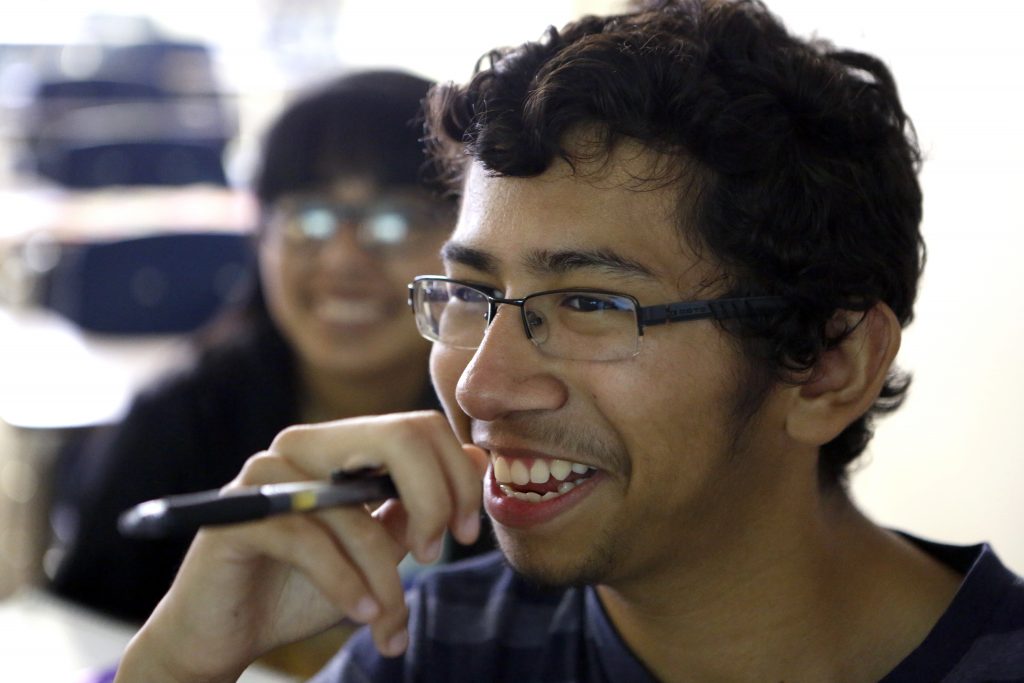 Stella M. Chávez: Joel is a really bright student. He’s always made good grades. Joel is a junior this year at W.W. Samuell High School, but he’s actually in Samuell’s early college high school program. All of his classes this semester are on the campus of Eastfield College, a community college in Mesquite.

Joel has talked about challenges that he’s faced recently, just making that transition from high school to college. Nobody’s telling him: “You need to go to class. You need to do your homework.”

He’s had to deal with personal struggles involving a friend. That was a big distraction for him — to the point that he ended up getting a D in speech, which is kind of unusual since he’s a top-notch debate student. And he talked very candidly about that struggle.

“It’s been different,” Joel said. “That’s one thing they kind of don’t tell you. You still gotta go through all the high school stuff. The quote-unquote ‘discovering yourself’ and all that is a part of growing up and you still gotta do all that.”

Joel said he’s learned from that experience — and he knows what he has to do this semester to get better grades.

“It’s been different … That’s one thing they kind of don’t tell you when you go [to college]. You still gotta go through all the high school stuff. Like, you know, the quote unquote discovering yourself and all that thing that is a part of growing up.”
Joel Luera, high school junior who's taking college classes 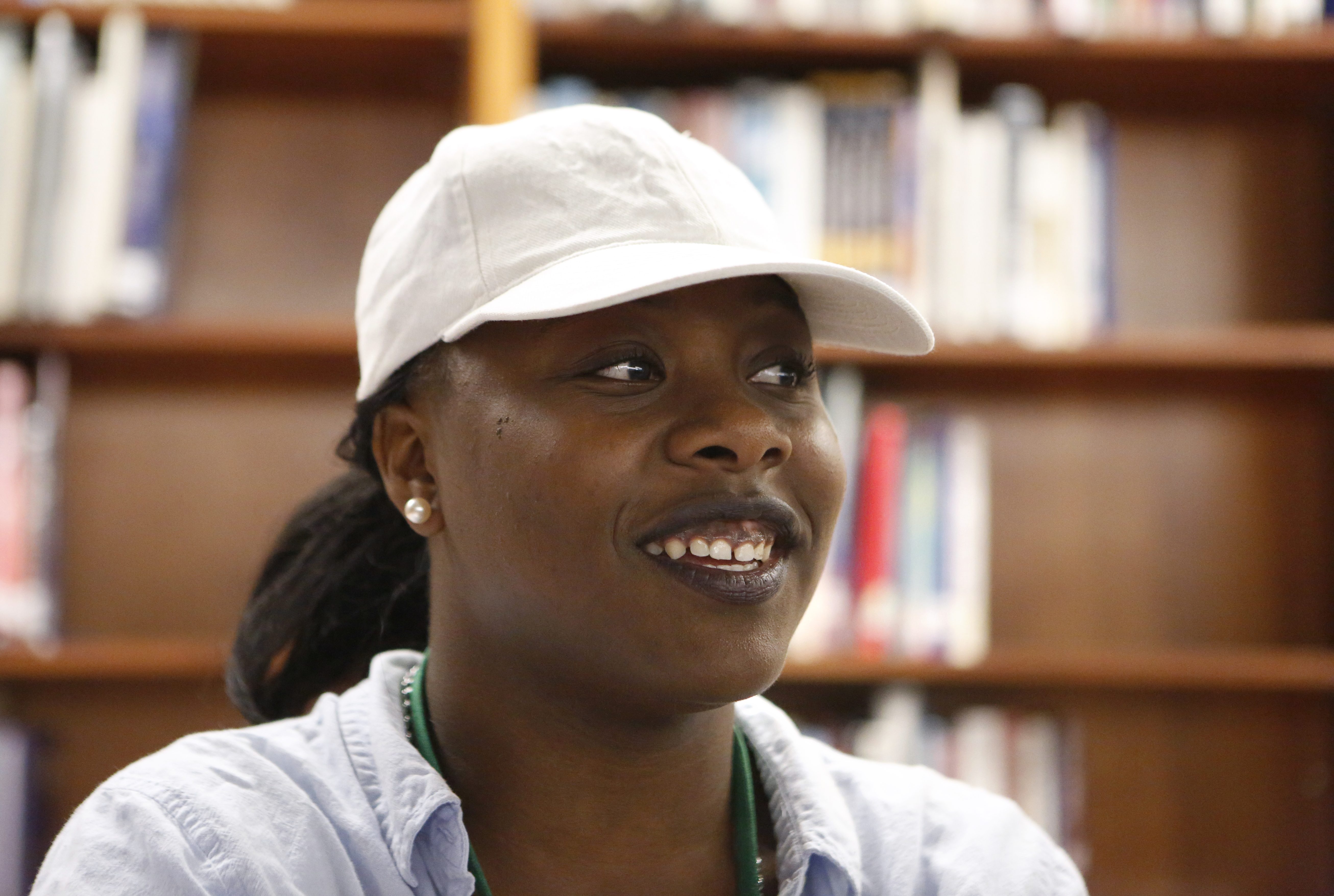 Kelli Bowdy is part of a nursing assistance program at O. D. Wyatt High School in Fort Worth. Photo/Lara Solt

Kelli Bowdy is a Fort Worth student who wants to become a nurse. She and her family have different opinions as to whether she should go to a community college or a four-year college.

“You have to grow up at some point,” Kelli said. “So I want to get out on my own and get a feel of the real world.”

She’s been pushed to go to college since she was tiny by her grandmother. Her grandmother went to Texas A&M. In her eyes, Kelli needs to head to a four-year school.

Kelli not only acknowledges that her grandmother’s dream is that she go to college and graduate from college, but that’s become her dream, too.

Her dad wants her to stay local. He’s worried that if anything ever happens, he wants to be able to get to her, just in case there’s a problem.

“You have to grow up at some point. So I want to get out on my own and get a feel of the real world.”
Kelli Bowdy, high school junior

Are these kids getting much guidance from teachers and counselors at their schools about what they should be doing or could be doing after high school?

SC: One of the interesting things about the early college high school program at W.W. Samuell in Dallas is that the program is relatively small, so the teachers know all of the students. Every day, in between classes, the students they head to an office. And everyone congregates there. They can ask some of the administrators there for help or if they have questions about their schedule — pretty much anything they need help with.

BZ: Kelli goes to O.D. Wyatt High School, which has a Go Center — a place that helps students get ready for college. There are two permanent people in that room — people who are ready and willing to help students get answers to questions about college. 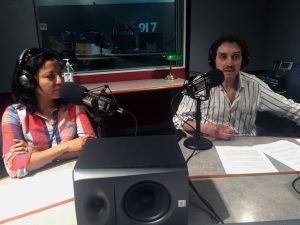 What are the big takeaways from following these students around for the past few years?

SC: These students have really matured, and it’s been really interesting to see that — to see them grow up before your very eyes.

Resources To Prepare For College

For This High Schooler, Hoop Dreams Crash Into Harsh Reality