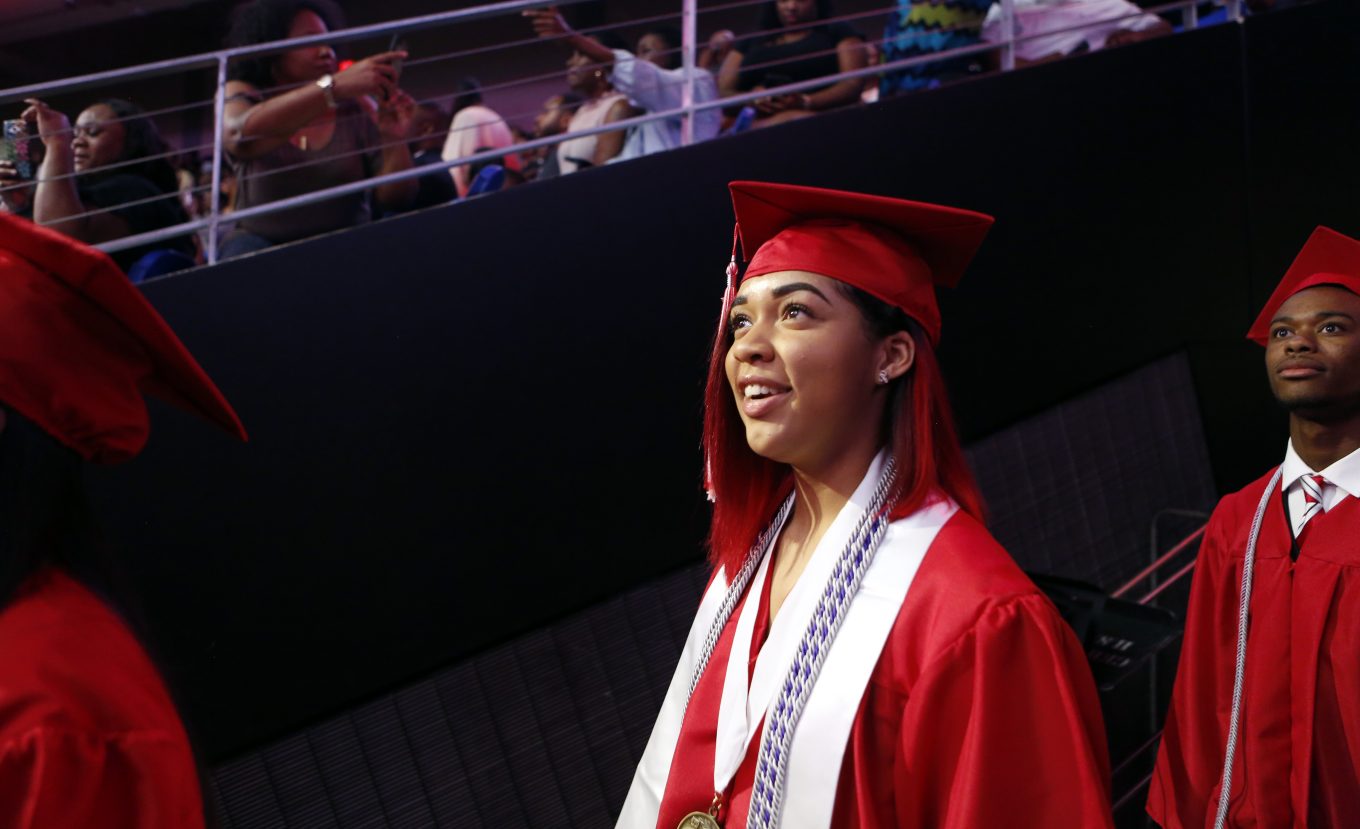 Phantasia Chavers walks into the arena for her graduation from Cedar Hill High School on Friday, May 26. Photo/Lara Solt
The KERA Radio story

At this time four years ago, Phantasia Chavers of Cedar Hill was struggling with her sister’s departure for college. Today, it’s Phantasia who’s getting ready to pack her bags.

Looking Ahead To College

At the beginning of her freshman year at Cedar Hill High School, Phantasia Chavers and her family held a going-away party for her older sister, Jaquaylla Williams.

Phantasia was already looking ahead to her senior year and graduation.

“People can see I did more. And I have opportunities,” Phantasia says. “Even though she had opportunities because she was really smart, I wanna have more. Colleges just want me.”

That dream came true. This fall, she’ll head to Oral Roberts University in Tulsa, Oklahoma. With scholarships and financial aid, she says she’s practically going to college for free. 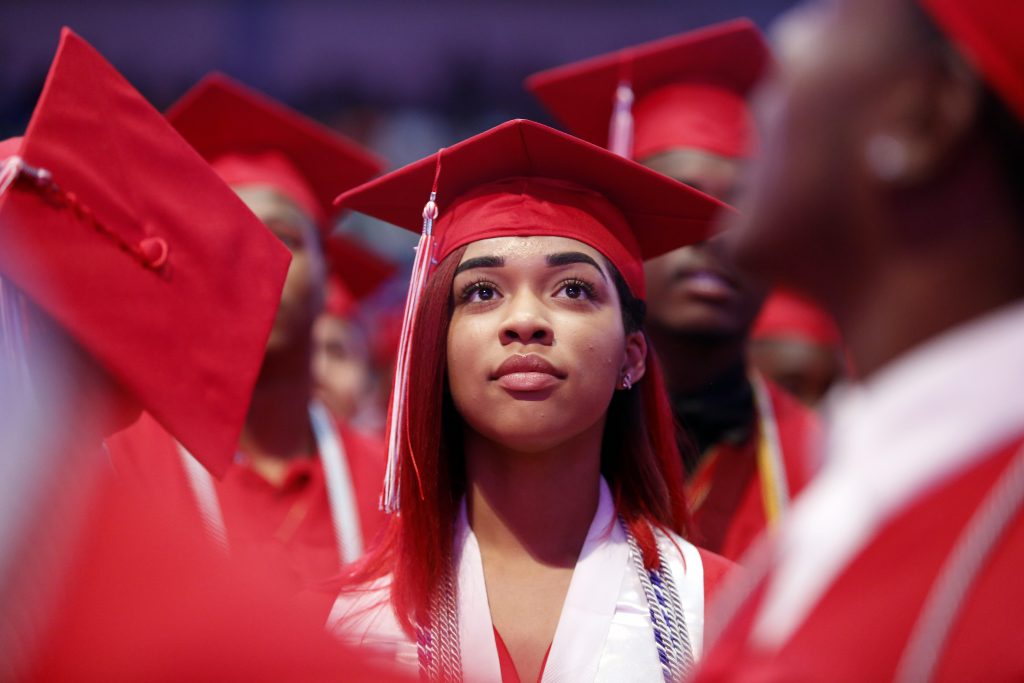 “It was the last school I wanted to go to, but they offered me the most and they’re reaching out, and they sent me letters with prayers, and they had their counselors actually hand-sign it, so it wasn’t one of the stamps that they have in their offices,” she says. “That really meant a lot to me.”

Phantasia is excited about life after high school, but graduation last weekend was kind of bittersweet.

“I give myself a day to just cry and let everything out because it’s not good to hold that stuff in.”
Phantasia Chavers on her depression

“It’s sad,” she says. “It saddens me because my best friend’s leaving. But I just know there are more doors that are going to open for both of us.”

Phantasia plans to study biology. She wants to become a pediatrician. 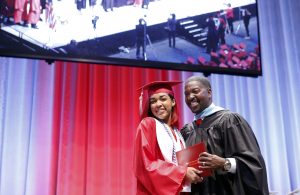 Phantasia Chavers poses with her diploma while walking the stage during her graduation. Photo/Lara Solt

It’s her way of giving back after a painful childhood.

When she was 7, the man who helped raise Phantasia died. Later, a cousin was shot and killed.

When she got to high school, she had to deal with bullying and bouts of depression.

Phantasia eventually got professional help. She says she’s mentally stronger now. She believes in herself and she attributes her faith in God to getting through the tough times.

“I still have those days where I do get down,” she says. “I give myself a day to just cry and let everything out because it’s not good to hold that stuff in. I had to learn that because I do not like crying. I hate crying.”

On one of her final days at high school, Phantasia walked from room to room getting teachers and friends to sign her yearbook.

John Tomlinson, a teacher and coach, remembers something he told her recently.

“I expect her to do great things and to keep her standards very high,” he says. 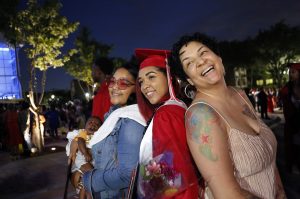 Tomlinson has been kind of a father figure. He talked to her about college and scholarships — and about guys. Tomlinson has three daughters of his own and it’s the same advice he’s given them: Set boundaries and make sure guys respect you.

“And they gotta honor that, and when they honor that, that’s when she’ll know, that’s the one worth spending time with,” he says. “It’s about your boundaries.”

“She is an amazingly bright and intelligent student who’s too quiet,” Johnson says. “She is extremely intelligent and she seems to try to hide it sometimes. I’m not really sure why.”

“I’ve kind of found myself, because I was kind of lost on who I really wanted to be and my real identity,” she says. “I’m pretty satisfied with the person I have become and the person I will become, too.”

Next Step: “I will be attending Oral Roberts University in Tulsa, Oklahoma, on an academic scholarship, with [financial aid] covering the rest of my expenses.”

Favorite quote: “Everything is OK in the end. If it’s not OK, it’s not the end.”

If I could do one thing over: “I wouldn’t change anything that I have done, because past mistakes and all the trials and errors are all that makes me who I am today.”

Phantasia Chavers, Through The Years

Alex Gutierrez On Life After High School: 'It's Gonna Be Up To Me'