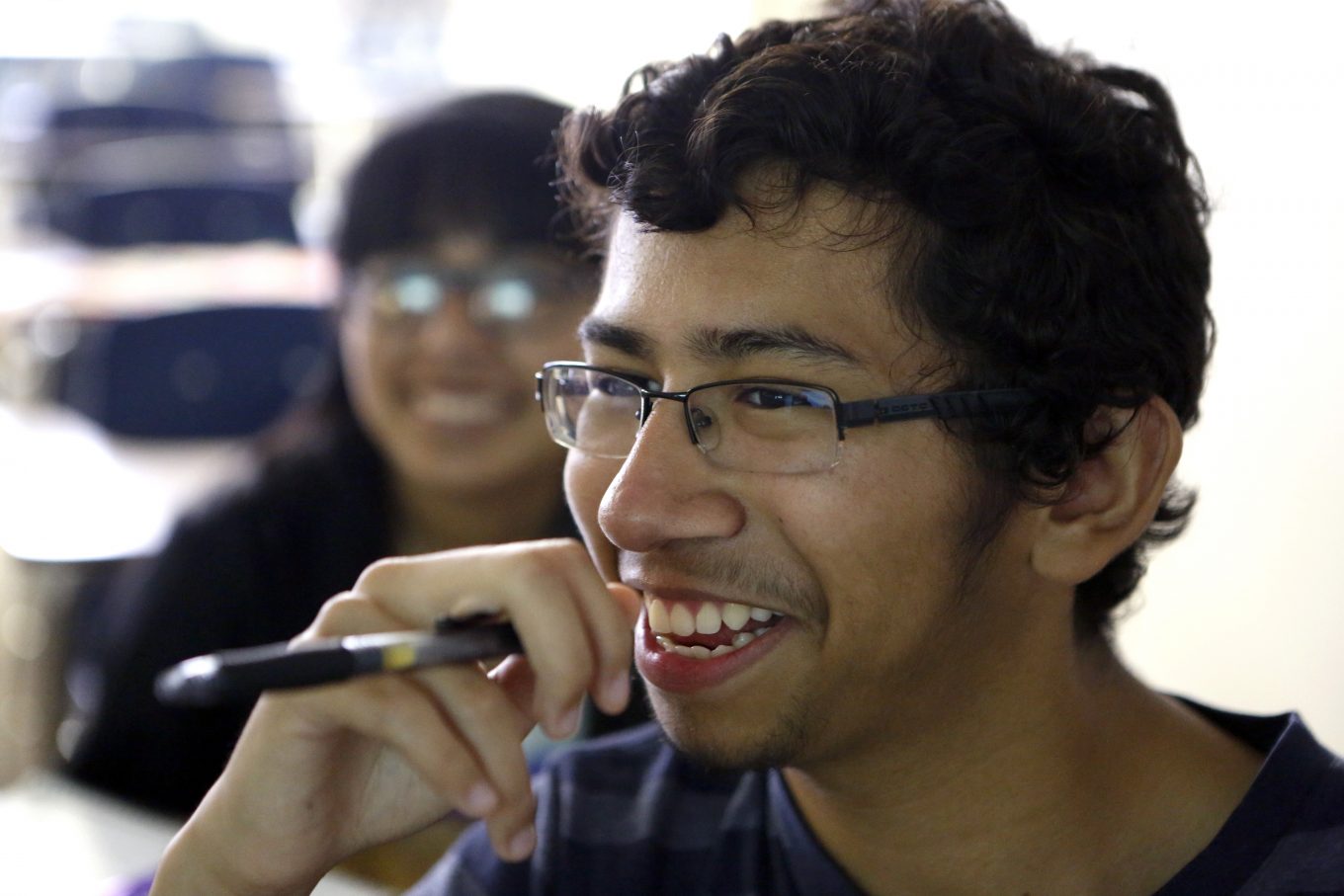 The  Class of ’17 — a group of students from across North Texas that KERA started following when they were in eighth grade — are now high school juniors. And it’s crunch time — they’re starting to make decisions about what will come after graduation. For Joel Luera, an 11th grader who’s already started college, the decision to get ahead came early.

There’s no question Joel Luera is a standout. He’s ranked No. 4 in his class at W.W. Samuell High School in Dallas. He’s a champion debater. And he takes classes on a college campus.

But this school year hasn’t been easy.

“It’s been different,” he said. “One thing they kind of don’t tell you when you go to, I guess [a school] like here, is you still got to go through all the high school stuff. Like, you know, the quote-unquote ‘discovering yourself’ and all that.”

Joel spends his days at Eastfield College, a community college in Mesquite with 14,000 students. He’s one of more than 200 juniors and seniors there from Samuell’s early college program. 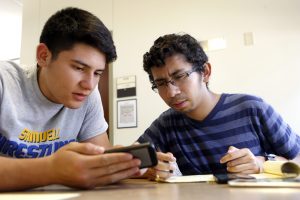 Like many college kids, Joel’s got a heavy schedule. Last semester, he took 20 credit hours. This semester, it’s 18 hours.

Last fall, some personal stuff got in the way.

Joel, who just turned 17, had a girl problem. That kind of derailed him.

“It wasn’t a very good time for me because I had a lot of negativity,” he said. “I don’t get anxious, but I think of things a lot and try to think of all the outcomes and stuff.”

Joel ended up with a D in speech and Cs in algebra and English. He aced U.S. History and Spanish and earned a B in biology.

Like any good debater, Joel has developed critical thinking skills. So he analyzed the problem.

“It was the lack of prioritization,” he said. “Teenagers aren’t very good at prioritizing — at all. I look back on it – there’s these things that I thought were like the end of the world for me, and they weren’t.” 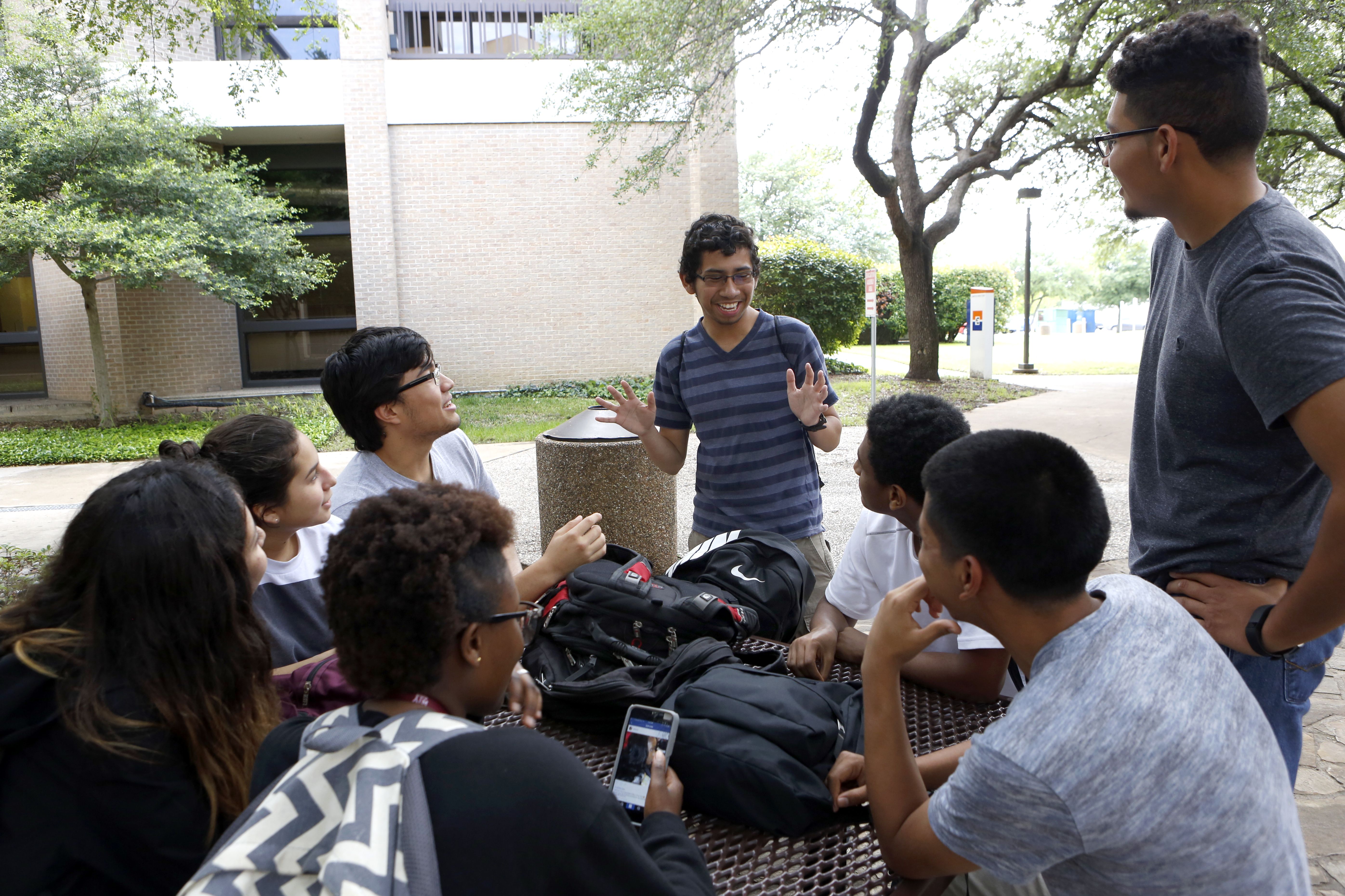 Joel Luera, center, a junior, jokes around with seniors while waiting for his bus home at Eastfield College. Photo/Lara Solt

“He’s been just above and beyond dedicated to everything that he does.”
Caitlin Beauford, early college program coordinator, about Joel Luera

Junior year is pivotal. It’s those grades that colleges look at when deciding whether a student gets in or gets a scholarship. 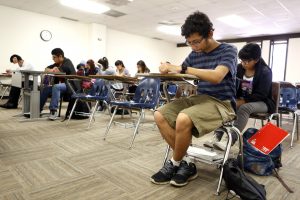 Samuell’s early college program is competitive. There are interviews, recommendation letters and a lottery to get in. Most of the kids are the first in their families to try for college.

Caitlin Beauford, program coordinator at Samuell, said they look for students with grit.

“We look for that student that is hard-working and that maybe doesn’t always have the best scores or the best grades, but they work hard and maybe we can see some improvement somewhere, a little bit of growth,” she said.

Ninth and 10th graders who are accepted take core classes in a separate wing of the southeast Dallas high school. Then they spend the last two years at Eastfield.

By graduation, they can earn a high school diploma and an associate’s degree. This year’s class of 57 seniors will be the first to finish early college. 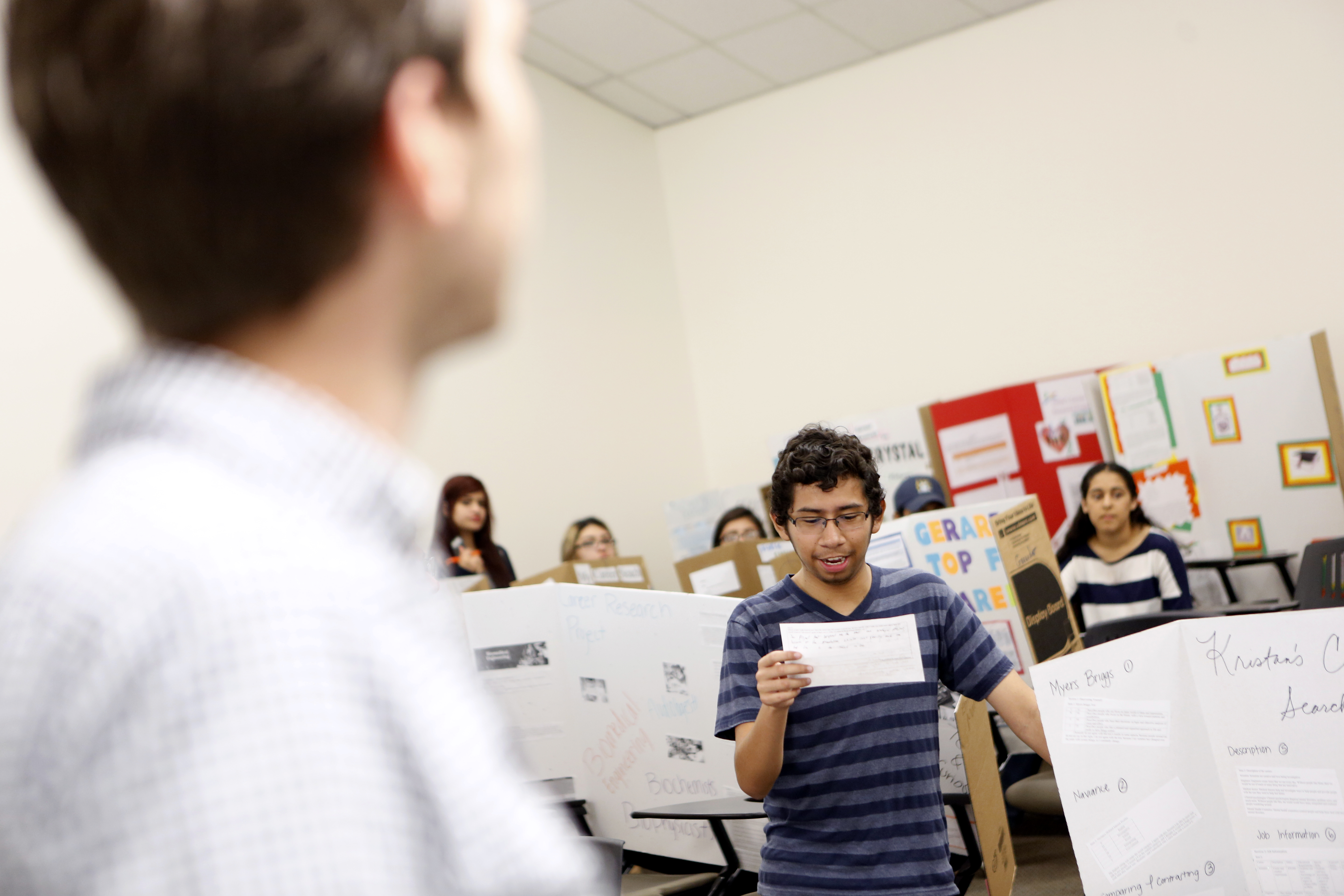 “You have far fewer instructional face-to-face minutes on a college campus,” Beauford said. “You are responsible for quite a bit more on your own time outside of class than you are in a high school classroom.”

Students have less frequent grades in the program, Beauford said. In the Dallas Independent School District, students get 18 grades every six weeks. In a college classroom, students might have five or six for the entire semester, which means fewer chances to mess up — and recover.

Beauford pointed to the way Joel has rebounded. He started the year with a 4.0 GPA and has enough credit hours to make up for last fall’s troubles.

“He’s been just above and beyond dedicated to everything that he does,” she said. “You know, as a 10th grader, [he] passed all of the college readiness tests, the TSI, to take classes in math reading and writing, which is impressive. So this is three years early.”

As a junior, Joel is already captain of the Samuell debate team and even judges a few tournaments. At a tournament last fall in Townview, Joel fought through a stomach bug as he took on some complex topics – cyber threats and national security.

“That’s the biggest thing you learn here is that you’re responsible for yourself, and you have to take care of yourself.”

THE BENEFITS OF STARTING EARLY

How effective are early college high schools? Two years ago, Joel Knudson of the American Institutes for Research co-authored a study on these programs. 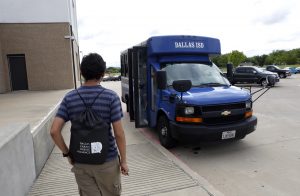 “We saw better outcomes while those students were in high school,” he said. “So students who attended early colleges graduated at higher rates.”

The study found that 86 percent of early college students graduated from high school — higher than the 81 percent rate of comparison students.

The researchers found something even more compelling.

Joel is betting his big ticket to college is debate. His top choices are the University of Texas at Austin and Dartmouth. Or maybe Columbia. Or Harvard.

Don Cheatum, Joel’s debate coach, thinks he has a shot. What it boils down to, Cheatum said, is putting in the hours to prepare, travel and compete.

That shouldn’t be a problem for Joel.

“That’s the biggest thing you learn here is that you’re responsible for yourself, and you have to take care of yourself,” he said.

For Joel, the next steps are clear: Debate camp this summer and hopefully a trip to the state tournament his senior year.

A Day In The Life Of Chance Hawkins