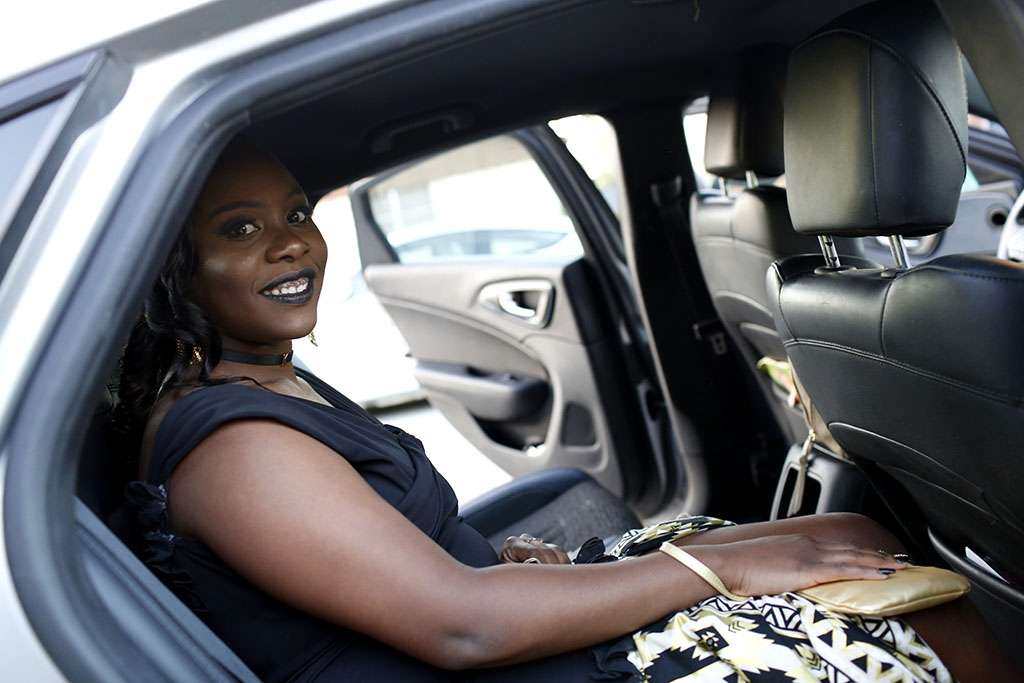 Kelli Bowdy, a senior at O.D. Wyatt High in Fort Worth, wants to be a nurse — she took special classes through school to make it happen. She’s planning to go to college. But, first, it’s time for prom.

Following In The Family’s Footsteps

It’s a full house at the Forest Hill home where Kelli lives with her mom. Preparing for prom isn’t just a day jammed with details. For Kelli, it’s a family affair.

Her aunt Loria, her mom’s identical twin, is at the house. So is 21-year-old Tanisha Williams, who says her cousin Kelli is more like her little sister. Williams actually made Kelli’s prom dress.

“She’s always been smart. Well, her grades show it,” Williams says. “I mean, she helped me with some work before when I was in school. So she’s smart — proud of you, Kip.”

Kelli’s other cousin, Dianette Ewig, 26, is working on Kelli’s makeup.

“I was very excited when she said she wanted to be a nurse, because I’m one,” Ewig says.

Nursing kind of runs in the family.

Kelli chose to pursue nursing four years ago after caring for her infant nephew, Kaiden, who was born premature. Thanks to nursing classes at O.D. Wyatt, Kelli has earned CPR certification while gaining practical experience. Several days a week, as part of the program, she works with older patients. They reinforced her decision. 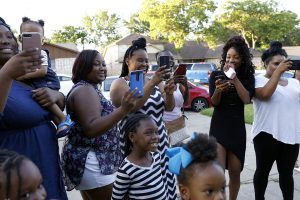 Kelli Bowdy’s family takes pictures of her before she leaves for prom. Photo/Lara Solt

“Just me going to the nursing home and seeing like how I can help people and how I can make them feel happy. It just makes me want to do that,” she says.

What Kelli eventually wants to do is work in a neo-natal unit, caring for the most vulnerable newborns. Thanks to her high school program, she’s found caring for people in their 70s and 80s teaches similar lessons.

“They’re really back to their baby stages,” Kelli says. “So it’s just like I’m still helping a baby.”

She didn’t expect older people to need as much as care as younger patients do.

“Seeing how I can help people and how I can make them feel happy. It just makes me want to do that.”
Kelli Bowdy, Fort Worth senior

Kelli would like to move away from home for college and be on her own, even if it’s nearby.

She likes the large, respected nursing program at UT-Arlington, but hadn’t heard yet about her application.

“Because I wanted her to go off, you know and venture the world. Not just stay around home,” Mason says. 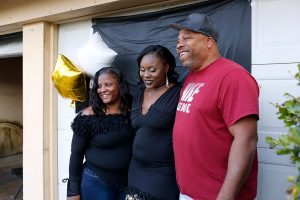 Texas College was still looking over Kelli’s transcripts. Tarrant County College is another option. She could go there for two years while saving money from part-time nursing work. Then she would transfer to a four-year program.

Keeping her close might suit mom’s twin, Loria Norwood.  She sits comfortably in a chair with her wrapped left foot raised and resting on another chair. When aunt Loria broke that foot recently, Kelli jumped in.

“She put ice on it when I first did it ‘cause it swelled up like instantly,” Norwood said. “Then she wrapped it up and put a boot on it. I was in so much pain so I went to the hospital. They did X-rays and all that. She took care of her aunt.”

Now, it’s Kelli’s family now taking care of her, so that she’s ready for the prom — and then graduation on the first Sunday in June.

Kelli Bowdy, Through The Years