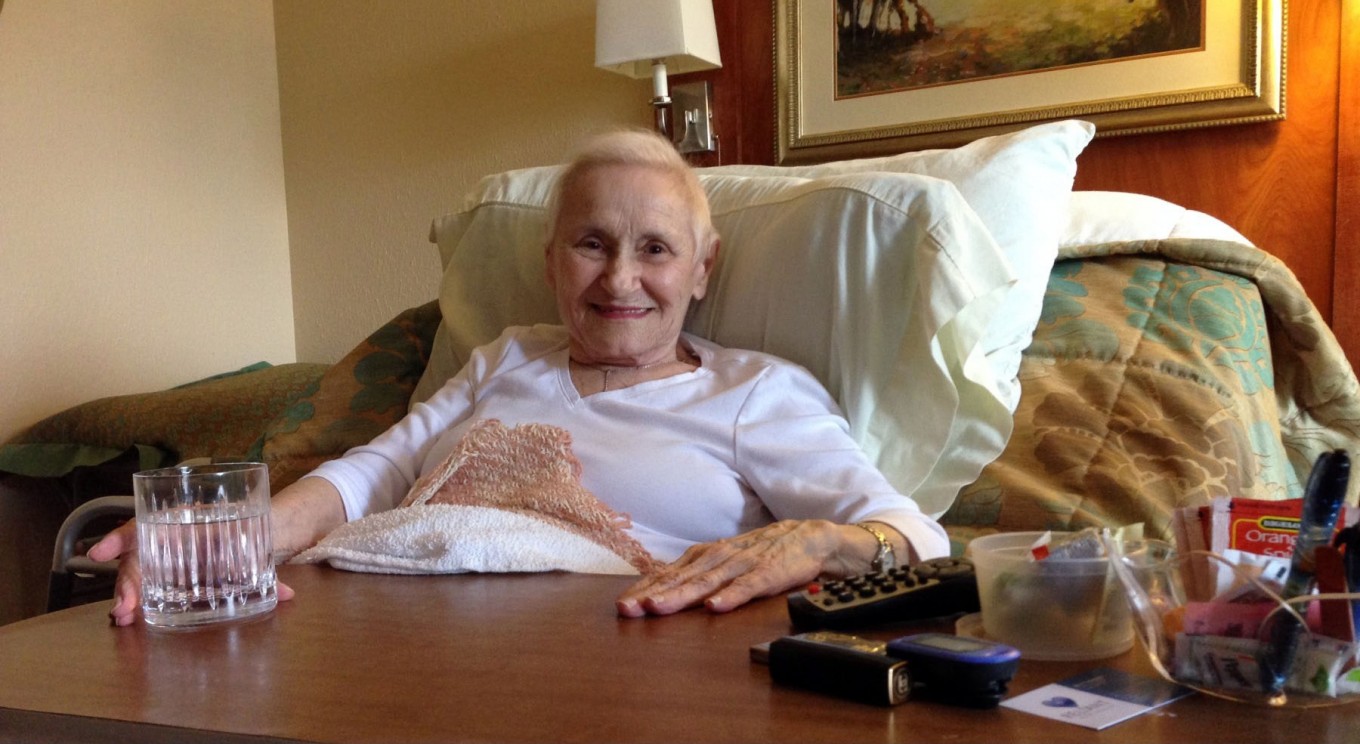 Jeanette Mariani landed in a Dallas rehabilitation facility after she fell and broke her hip.
The KERA Radio story

Last October, Jeanette Mariani was an independent 87-year-old living alone in Dallas and getting around with a walker.

Then, one night, she switched off the light and tried to make her way into bed.

A chair was in the way. She fell.

“There I was, laying on the floor,” she recalled.

“I pulled down one of my pillows. I didn’t reach very high, just pulled it down, put my head down on it and thought: ‘Well, I’ll wait until morning.’”

The next day, she called for help.

“Your mother lays on the floor all night and doesn’t press her button,” Janet said. She laughed. “My mother just doesn’t inconvenience others. She thinks about others before she thinks about herself.”

A fall from a chair or a bed may not seem like a death sentence — but, for an older person, it can be.

Falls are the leading cause of death from an injury for older Americans. One of every five people who breaks a hip after age 50 dies within a year.

For women, it’s especially bad. Three quarters of those with hip fractures are women.

And for many, the broken hip starts a chain reaction — usually because older people also suffer from underlying conditions, which can complicate recovery.

Every moment counts after a fall, says Dr. Amy Moss, an assistant professor of geriatrics at the University of North Texas Health Science Center in Fort Worth.

When you’re bedridden or hospitalized, your odds of developing everything from bed sores to pneumonia increase dramatically.

Studies show that delaying surgery after a fracture for just 24 hours increases the chance of complications, and death.

“The most common scenario is they die of pneumonia after a hip fracture,” Moss says. “And even though we know that, many patients will succumb to that.”

‘I knew that she was going to decline’

Last November, Jeanette Mariani rested in bed in a Dallas rehabilitation facility, snacking on honey nut Cheerios and gazing at a vase of purple hydrangea.

She was eager to get out of there and go home.

But her daughter, Janet, had a feeling.

“After her fall, I knew that she was going to decline,” Janet said. “You had that sixth sense, you know?”

That sixth sense is backed up by real numbers. Almost one out of 10 people over the age of 50 will die within a month of surgery for a broken hip. That rises to one in five if the patient already has an acute medical problem.

Jeanette worked hard in rehab to become stronger, but underlying health issues caught up with her — previous lung problems got worse, lymphoma returned, and she became a statistic.

“After she left the hospital, she died within a month,” Janet said.

It was Christmas Day, and all of Jeanette’s eight children were in Dallas.

“We were lucky,” Janet said. “We had time to get everybody in town. We just have our wonderful memories now. We’ll always miss her forever, and that’s just what you go through.”

No one knows how much longer Jeanette Mariani might have lived if she hadn’t fallen.

There’s no doubt that the broken hip started a cycle that cost Mariani her independence — and, all too quickly, her life.

The vast majority of hip fractures are the result of a fall, and more than half of all falls happen at home. Many of these falls could be prevented by making simple changes to the lighting and arrangement of furniture.  How can you make your bedroom fall-proof? 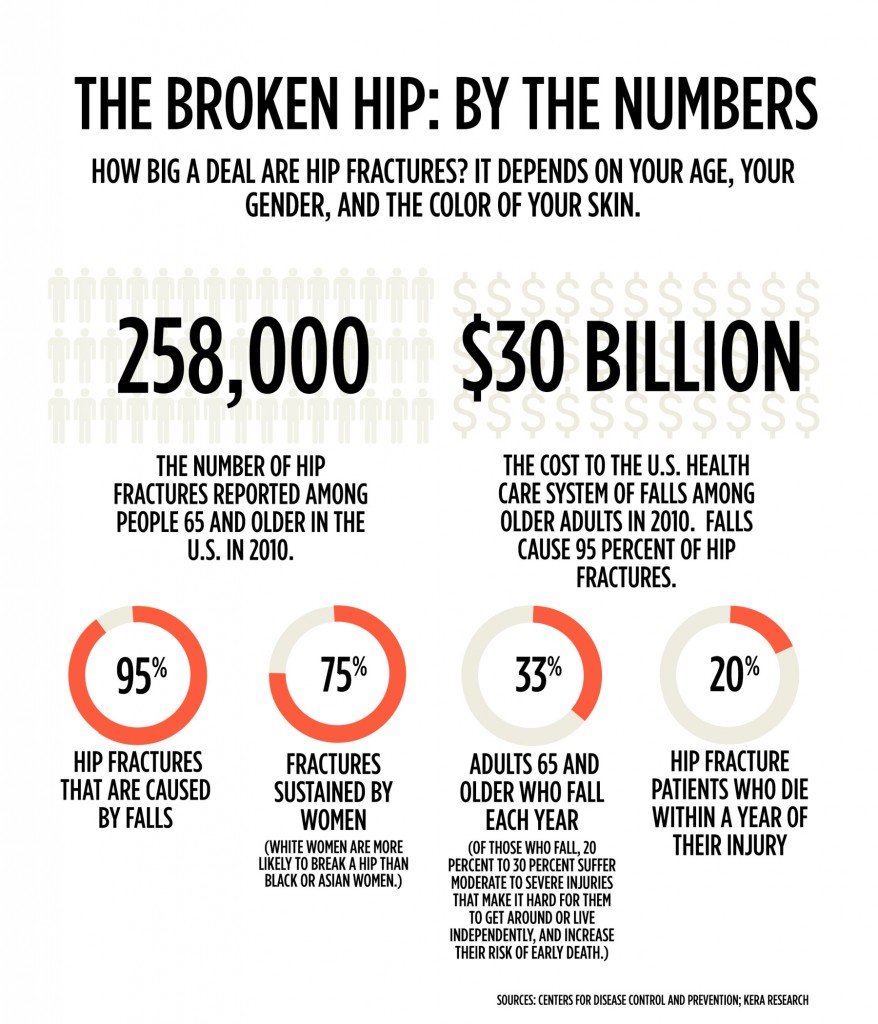 A Daughter Remembers Her Mother