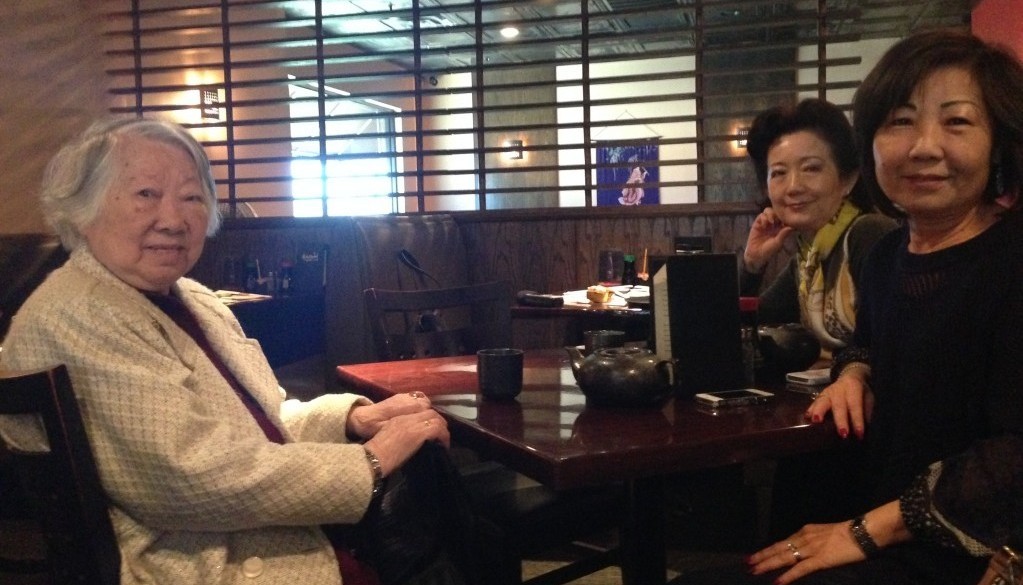 From left: Yu-ying Lee with her daughters Jen Lee and Tracy McKay at their family restaurant.
The KERA Radio story

Another type of fracture, just inches away from the hip, is becoming more common. Pelvic fractures can be just as devastating as hip fractures, and often take longer to heal. A broken pelvis brought one North Texas family closer together.

Yu-ying Lee was trying to get up out of a chair last year when she fell and fractured her pelvis. Jen Lee wasn’t sure her mom would survive.

Today, Lee shuffles around the family restaurant, Asahi in Flower Mound, without a walker, taking a break for a sip of tea. You’d never know that just a few months ago she had her broken bone pinned, and then underwent multiple rounds of physical therapy.

Jen Lee, her sister Tracy McKay, and their dad, Chung Hwa Lee, who’s 89, are with Yu-ying Lee today. The entire family swooped in to care for her after the fall.

“When you’re lonely, when you’re old, when you’re sad, when you’re in pain, you may just give up,” Jen Lee said. “During that time, with family support, the grandkids go over there, we joke with her, we eat dinner with her. Tracy always makes sure she gets the right medicine.”

The family assistance helps. So does a good attitude. (She drinks a shot of vodka every night.) When Yu-ying Lee was recovering in a rehabilitation center, she sang old songs. She told her daughter Jen stories about her high school sweetheart. 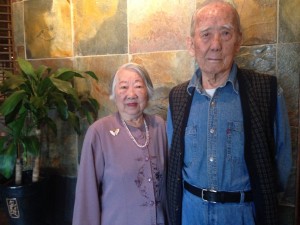 Yu-ying Lee with her husband Chung Hwa Lee. She’s 91, but she’s bounced back from a broken pelvis.

Lee was born in Taiwan during the year of the pig. And much like her Chinese zodiac symbol, she’s compassionate and works hard to keep everyone happy, even singing on occasion.

Jen Lee didn’t realize how close they all were until she saw her dad in the recovery room after her mom’s surgery.

“I saw him give her a hug, pat her face,” she said. “I never saw that. Never. First time. Yes! You know, Chinese family, our culture, we don’t show as much. When I see that, I walked out the door and had a tear in my eye.”

Patients who have friends and family to support them do better, not only in their physical recovery, but emotionally, too, said Alan Jones, an orthopedic surgeon at Baylor University Medical Center in Dallas.

While the numbers of hip fractures are up, the rate has actually dropped in the past decade, Dr. Jones said. On the other hand, there’s been a rise in pelvic fractures.

What makes a pelvic fracture different?

“They’re very painful,” Dr. Jones said. “Because they’re not repaired or replaced with surgery, they remain painful, sometimes for weeks or even months.”

What are often called hip fractures are actually breaks in the thigh bone, the femur. A pelvic fracture refers to the pelvis, which is the actual hip bone, tailbone or sacrum at the base of the spine.

Why the increase in pelvic injuries?

“One of the reasons may be the influence of osteoporosis medicines,” Dr. Jones said. “People with more severe medical illness are living longer and are being treated with more medications that weaken your bones.”

Sisters Jen Lee and Tracy McKay are nearing retirement age, so the thought of a hip or pelvic fracture is scary. Especially because they can’t imagine their own kids becoming caregivers as they have.

“My son’s 40 years old and his son is not even 1 year old,” Tracy McKay said. “He’s got to work pretty hard to take care of that baby until [he] finish[es] college. So even if they want to, I don’t think they have the time and the resources to help us.”

But McKay’s father, Chung Hwa Lee, tells his kids not to worry – it’s not good for them. Besides, he’s too busy celebrating the announcement of a new great-grandbaby.

The Cost Of A Broken Hip