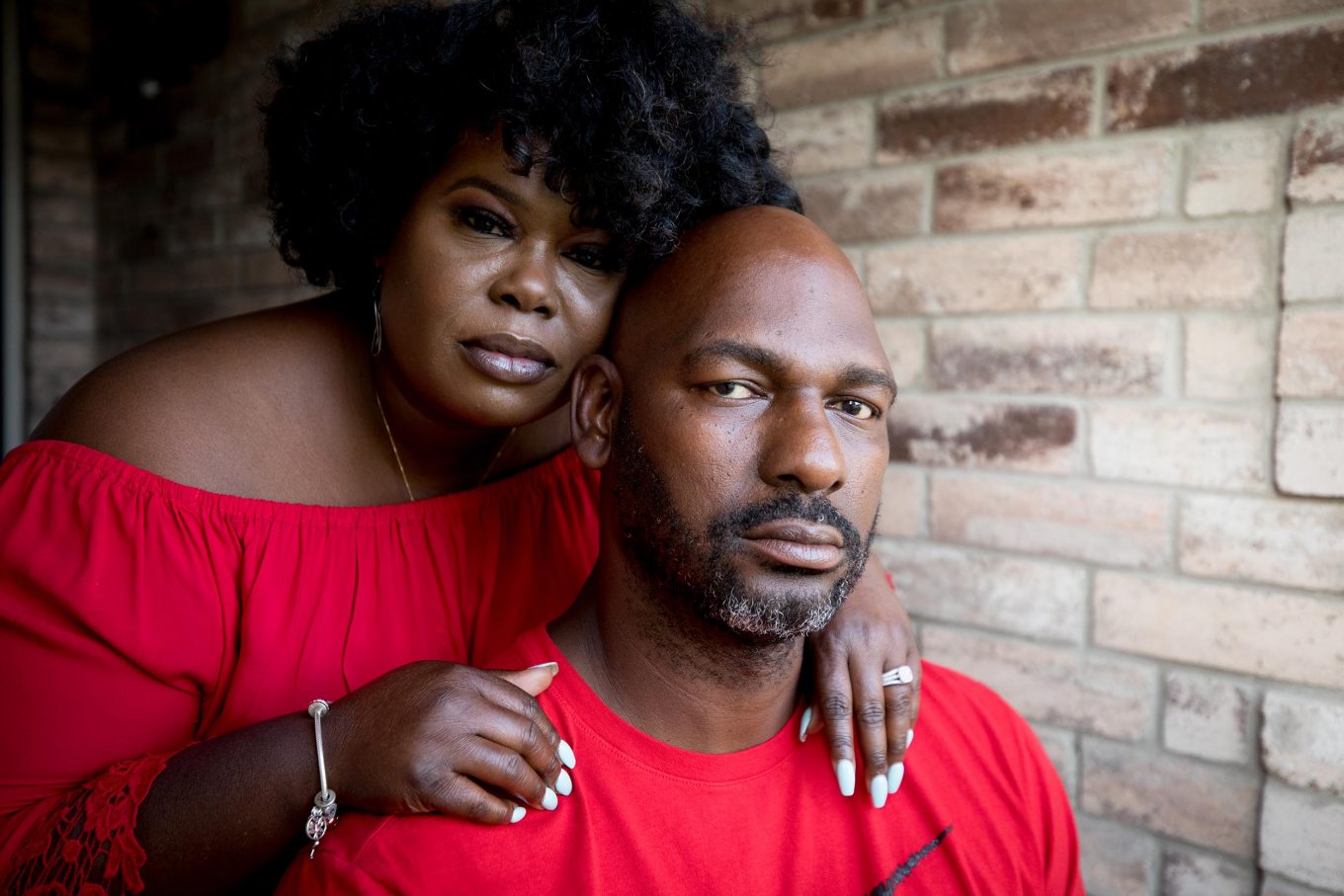 Exoneration Doesn’t Pay Back Lost Time — But It Helps

Two decades in prison is a long time to go without a job or a paycheck. For parents, that’s also 20 years of missed childhood moments. Edward Ates feels the full weight of those losses, especially since he’s maintained his innocence since day one. Those years behind bars stole his life as a family man, and they wrecked his finances.

Now, his lawyers are fighting to get him exonerated. If they succeed, Ed’s economic worries, at least, will be behind him.

‘Dad was not coming home’ 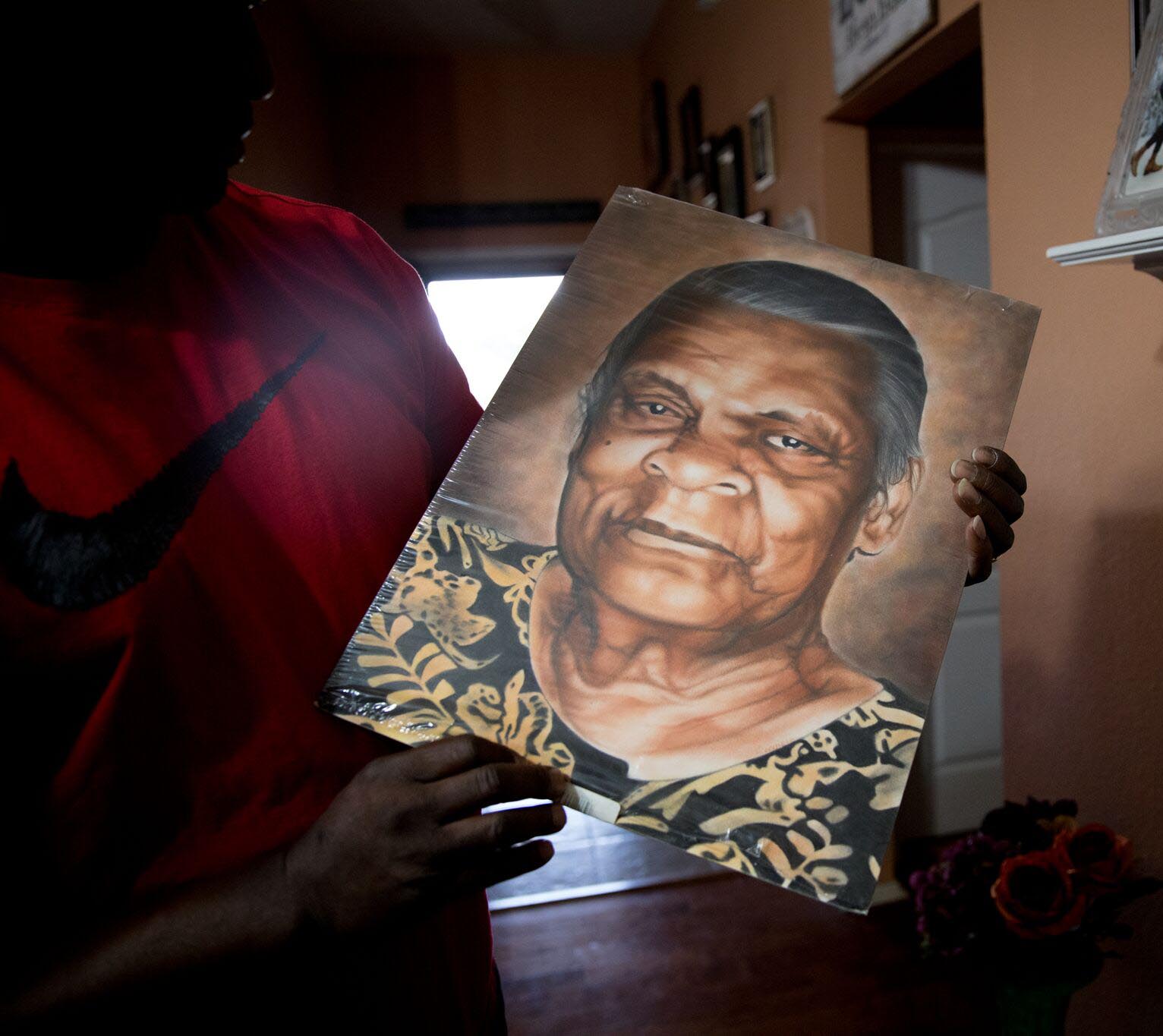 A fellow inmate gave Ed this painting of his grandmother, Maggie Dews. She died while Ed was in prison. / Photo: Allison V. Smith for KERA

When Elnora Griffin was murdered in 1993 just east of Tyler, police zeroed in on Ed as a suspect. The victim lived near his grandma, and he’d visited with Griffin the night she was killed. But none of his DNA was found at the crime scene.

Even with the trial on the horizon, Ed wasn’t panicking — because he didn’t do it, he said.

From the start, Ed has maintained his innocence. But the jury found otherwise.

He was convicted of murder and sentenced to 99 years in prison. He entered in 1998, leaving behind a daughter, Kyra, and his wife, Kim Ates — who was five months pregnant with their son, Zach.

Ed was paroled in 2018, after serving 20 years. Now, Kim and Ed live under the same same roof again. But they both remember those difficult decades without each other.

Kim and the children were, “I would say, existing,” she said at their Cedar Hill home in August. “Not living, but existing. Our daughter was just 3, so she really didn’t understand that her dad was not coming home.”

In prison, Ed was sad and angry. Memories of his wife and kids were painful.

“Thinking about your family every day, you know — as bad as you may want to, you just put it to the side,” he said. “Because it always creeps back up on you at night.”

Meanwhile, Kim tried to absorb the financial shock of a husband behind bars. She’d always worked full-time, as a manager at a company that processes credit card transactions. And back when Ed was a free man, he brought home about $2,000 a month as a truck driver. 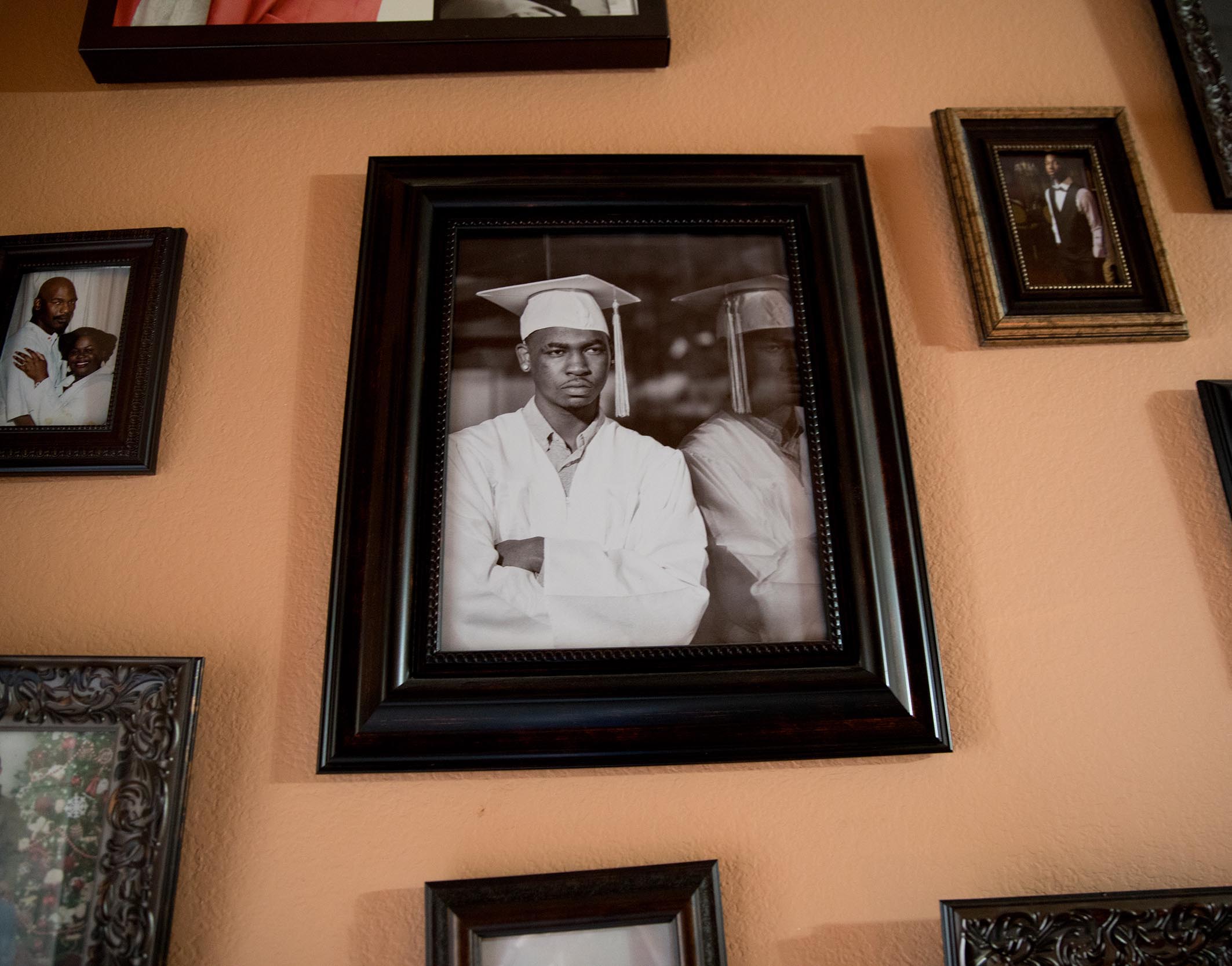 But when he went to prison, that income was gone.

There were days Kim didn’t have enough money to put gas in the car. She eventually sold their home and moved in with her parents, which provided greater stability for her and the children.

But Ed didn’t have a support system like that, Kim said.

“He wasn’t a big smiler anyway,” she said. But “like, the life sucked out of him.”

It was true. After almost 18 years behind bars, Ed was feeling hopeless.

Then he got a letter.

“It started ringing and — I don’t know if I was getting a panic attack or what — I just hung the phone up,” Ed said. “I finally called him back in a couple of days, and that’s when it started.”

Ruff dove into Ed’s case. “I have to say that I’m absolutely astonished that he got convicted,” Ruff said during one of the dozens of episodes he devoted to Ed’s story.

Ruff reached out to the Innocence Project of Texas and lawyers there took on the case.

The exoneration process can take years. But it may also lead to financial freedom for the Ates family.

When Ed came up for parole for the third time, podcast listeners sent hundreds of letters of support. After 20 years — at the age of 50 — Ed was paroled, walked out from behind bars in September 2018 and into his family’s arms.

VIDEO: ‘We were pretty inseparable’

Ed and Kim share their first impressions of each other when they met in the early ’90s:

“This is my first place, my number one stop and my last,” Ed said of home. “This is where I’d rather be. I mean, I feel safe here, you know?”

Paroled isn’t the same as exonerated, though. That’s why Allison Clayton with the Innocence Project is hard at work on Ed’s case.

“We’re pretty sure we know who the real murderer was,” Clayton says. “We know that evidence supporting our theory at least at one point in time did exist — should still exist — and we’re running after that evidence.”

Exoneration can mean many things. Clayton’s working to get Ed exonerated with what’s known as a finding of “actual innocence.” That’s the key.

“So in Texas we have a very, very good compensation program for exonerees who have an actual innocence finding,” Clayton says “And that phrase right there is always the kicker, right? Because you have to have that declaration of actual innocence.” 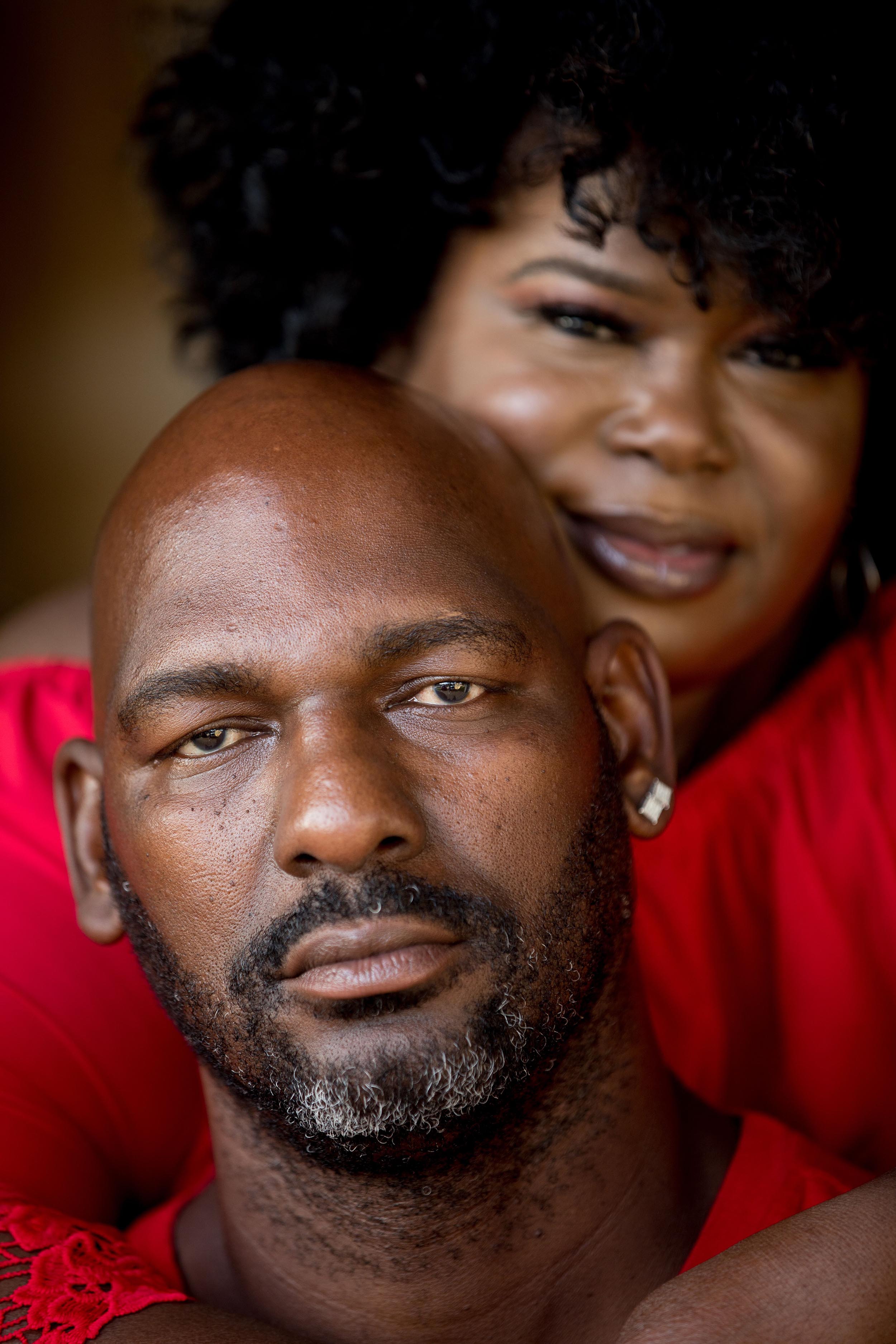 “This is my first place, my number one stop and my last,” Ed said. / Photo: Allison V. Smith for KERA

That would change his life. But Kim says it can’t change the past.

“Our kids didn’t have him growing up,” she says. “The other dads are there cheering their kids on, or coaching them on the sideline, or taking them in the backyard, throwing the ball with them. You know he never got to experience that, and I think that hurts, a lot.”

Still, Ed says exoneration would ease the pain of those 20 lost years.

“Yeah, I want an exoneration, I still do. They’re working on it,” he says. “Right now, you know, you’re just in limbo and just waiting. But if I’ve got to be waiting right here at home, I’m fine with it.”

That wait may last years. In the meantime, Ed works for the City of Dallas making $16.50 an hour. He barbecues with friends and goes to church. His family’s together again. And that makes the drawn-out battle to clear his name a little easier to fight.

» Hear, read and view the entire One Crisis Away: The Price Of Prison series from KERA

'Is This It?' Most Ex-Offenders Can Forget Job Advancement After Prison

After A Decade In Jail, This Father Aims To Break The Pattern