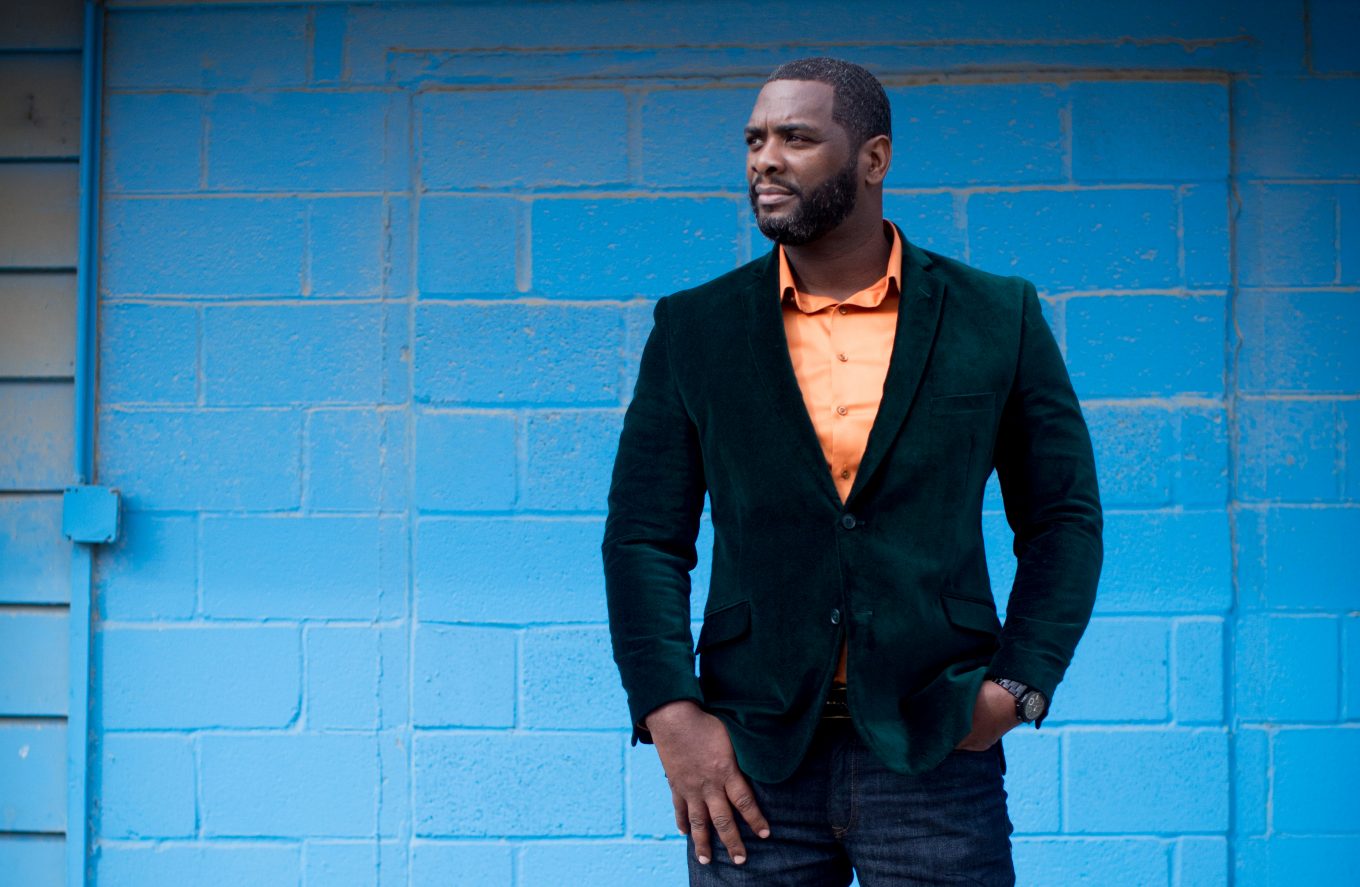 The statistics are startling: If you’re a black man in America, you’re five times as likely to go to state prison as a white man. Latinos and African Americans make up one-third of the U.S. population — but they make up two-thirds of the prison population.

Racism and criminal justice in America are deeply intertwined. That’s why you can’t talk about incarceration without talking about race.

Christopher Scott knows that too well.

In April 1997, Scott and Claude Simmons were driving through the wrong place at the wrong time. A man named Alfonso Aguilar had been murdered in Dallas.

Police were everywhere and they had just a brief description of the suspects. 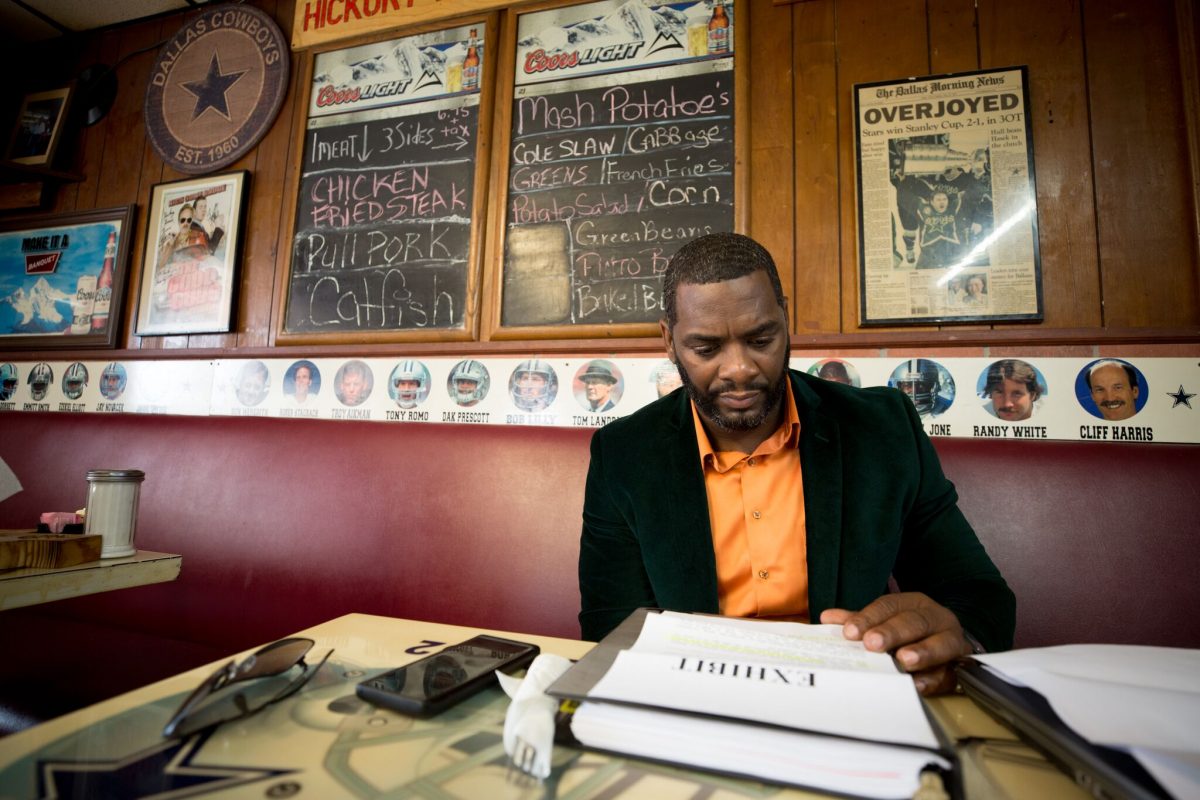 Christopher Scott reads a letter from a Texas inmate while at the Hickory House BBQ on Riverfront Boulevard in Dallas. In his letter, the inmate insists to Scott that he is innocent. (Photo: Allison V. Smith)

‘No way I’m going to get a fair trial’

Scott and Simmons were arrested, convicted of murder and sentenced to life in prison. There was no DNA evidence — nothing to link them to the crime except, Scott says, the color of their skin.

Since he got out of prison, Scott’s built a sort-of nonprofit detective agency focused on exonerations. It was the subject of a PBS documentary: “True Conviction.”

But before the national spotlight, his felt like just another black life thrown away.

“The day I was going to court, I was in a holdover with seven other African-American young men. I was the oldest out of them and I was 25,” Scott said. “None of us got no less than 75 years.”

If you’re a black man in America, you’re five times as likely to go to state prison as a white man, according to the Sentencing Project, a national advocacy group.

A BROKEN SYSTEM – OR WAS IT DESIGNED THAT WAY?

The conclusion for many people? The modern-day criminal justice system is broken.

But Chenelle Jones, program chair of the Department of Public Safety at Franklin University, says the criminal justice system isn’t broken — it was designed that way.

“In order for something to be broken, that means it has to start from being fixed, or correct to begin with,” she said. “It was designed and created to marginalize, subdue and control people of color. You have to think of it in the perspective the racialized history of the United States.” 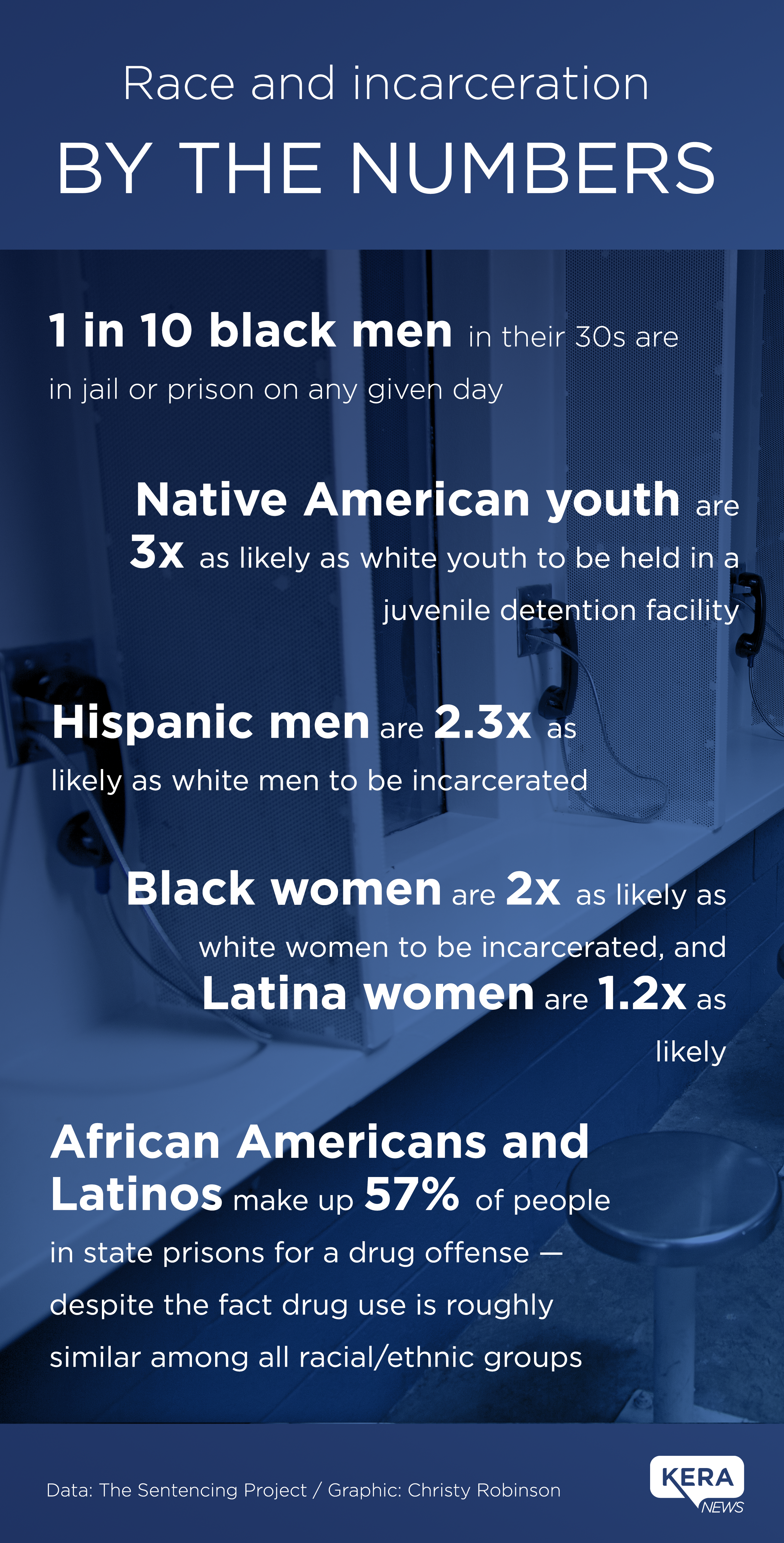 Starting with slave codes. They were harsh restrictions designed to keep slaves from rebelling or escaping. They criminalized basic activities like congregating and learning how to read.

After emancipation and reconstruction came the Jim Crow era and a whole new set of restrictions around segregation in public places.

Over the centuries, it was fairly common for African-Americans to be shot, hanged or burned to death for minor offenses. Yet whites, Jones says, were rarely punished to that degree.

“These regulations were taking something that everybody does, but when an African-American does it, we then criminalize it,” Jones said. “That eventually evolved into perpetuating stereotypes and stigmas and this notion that black people are to be feared.”

And fear, she says, continues to fuel the racial disparities in the criminal justice system. The War on Drugs in the 1980s, mandatory minimum sentences, controversial policing practices like “stop and frisk” — Jones says the methods and names have changed over time, but the goal is still the same: to control black and brown populations, socially and financially.

“They have that [conviction] on their record,” Jones says. “Then that creates significant barriers to employment opportunities, the ability to vote in some states, to run for office, being able to get federal aid to go to college and get an education. They’re in a cycle that perpetuates itself. It keeps one population stuck, and then protects those who are already in power.”

People’s Policy Project, a progressive think tank, has found that poverty is widening the racial gap in prison. Poor black Americans with a criminal record have more trouble paying for good lawyers, making bail and finding work. Jones says that makes it more likely that they’ll commit crimes again and end up back in prison.

• On KERA Think: What Happens After Exoneration

Stanley Walington is someone who knows that cycle. He’s out of prison, having served a total of 10 years. His crimes range from felony possession of a firearm to theft to drug possession. Data shows black and white Americans use and sell drugs at similar rates — yet the Brookings Institution reports that blacks are about two to four times more likely to face jail time.

Wallington says he feels eyes are on him when he drives around Fort Worth.

“It’s like they’re looking for us to be doing drugs, out moving around,” he said. “We’re not gangsters. We’re the ordinary people. Just people out enjoying their lives.”

The answer, for some, is criminal justice reform. Thirty-three states have decriminalized marijuana. Last month, Florida restored voting rights for convicted felons. And politicians are pledging to fix the system, from the incoming Dallas County District Attorney John Creuzot, even to President Trump.

Legal experts like Jones say the discussion of reform is a start, but it will take a lot more to undo hundreds of years of American history. 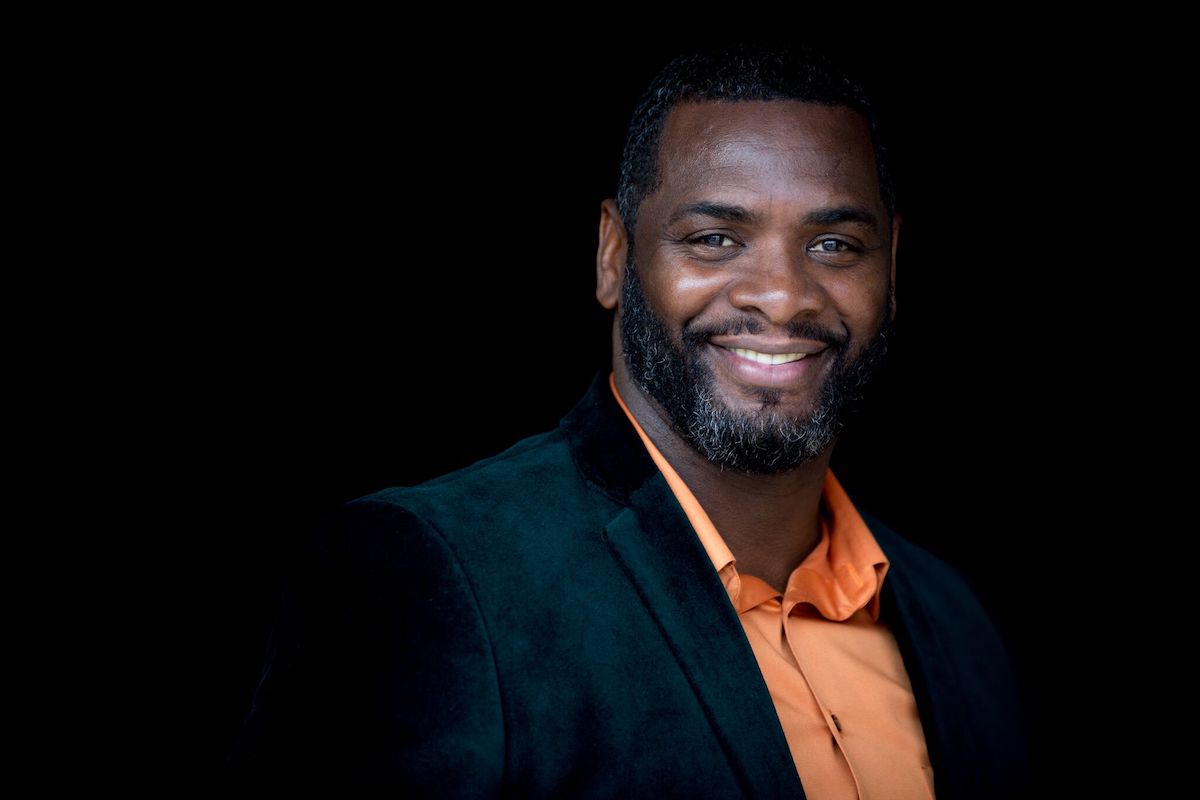 Probation Costs Too Much, So He Chose To Go Back To Jail