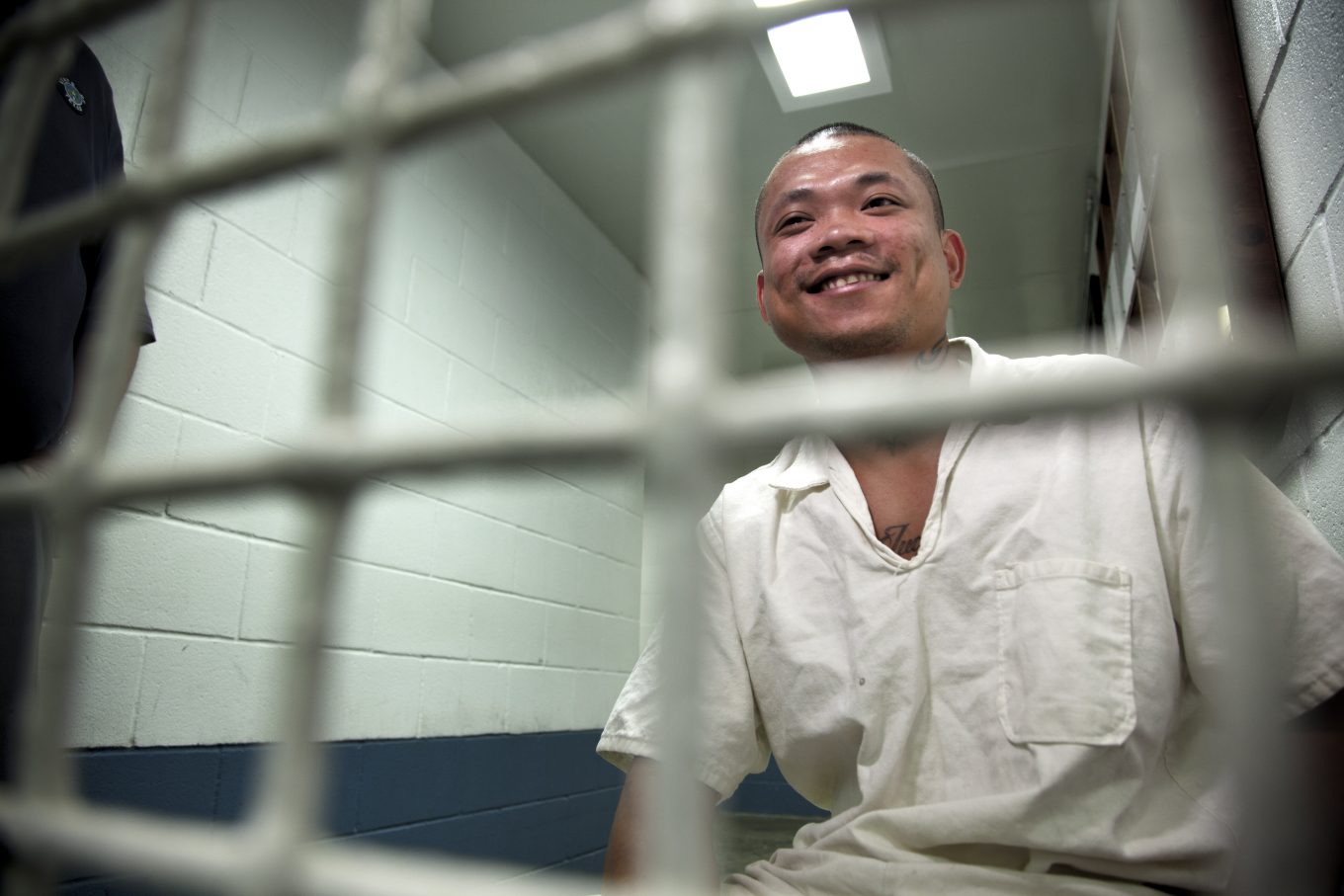 Probation Costs Too Much, So He Chose To Go Back To Jail

A lot of people see prison as the last resort, the ultimate thing to avoid. For some folks on the financial edge, spending time behind bars is a choice — something they opt into when probation gets too expensive. That’s the decision Chainnaron Soeurn made after months of struggling with the costs of probation, which can reach thousands of dollars a year. He traded his freedom for the promise of a clean slate.

Chainnaron Soeurn sits down behind a locked mesh door at Hutchins State Jail, 15 miles southeast of downtown Dallas. A guard is never more than a couple feet away.

Soeurn gets along with people well inside the jail. He passes the time by playing chess.

“Most of your friends that say they’re your friends, when you’re locked up like this, nowhere to be found. No letter, no money for the commissary or nothing,” he says. “But when you’re out there, ‘Hey what’s up?’ Shake your hand. ‘Where you been? How you been?’ Oh, now you want to be my friend.”

Soeurn says he misses his girlfriend and his two boys, 3-year-old Legend and 2-year-old Liam. He had a big family growing up: six brothers and three sisters. His parents were Cambodian refugees.

“My dad, he used to walk around with my mom and pick up cans and sell cans, and then he found a job as a mechanic and he went from there,” Soeurn recalls. “Grew up in the ghetto but, you know, we’d try and make life the way it was — easy and not too hard, day by day.”

The East Dallas neighborhood where Soeurn grew up was rough. Then, one day, when he was a teenager, he was arrested for aggravated robbery at a corner store a few blocks from home. 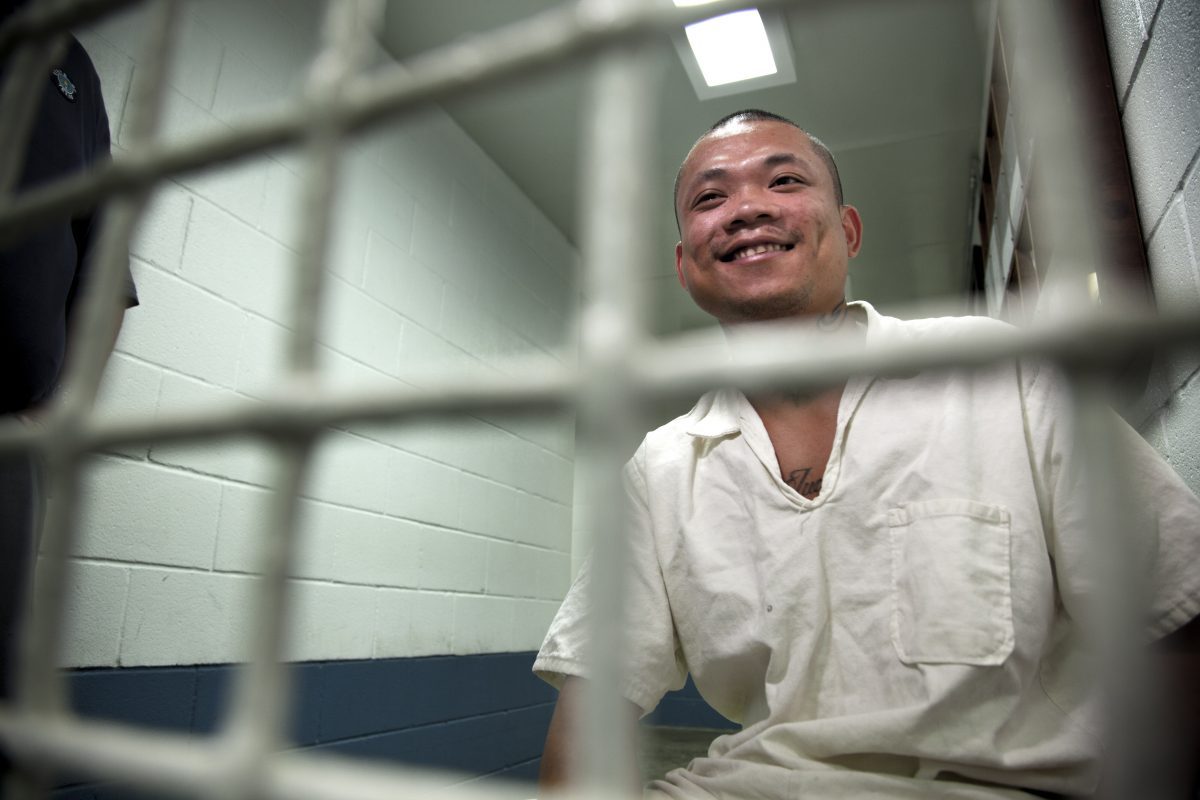 ‘Just lock me up’

After time in juvenile detention, Soeurn went years without an arrest. He met his girlfriend, had his two kids and landed a job as a supervisor of a shipping company.

Then he got nailed for possession of methamphetamine in 2016. He struggled to keep up with the terms of his probation.

Plus, there’s the time probation takes: appointments for community service, drug testing, check-ins with the probation officer. He has to pay for each one, all while trying to hold down a job.

Soeurn ended up in and out of jail a few times while on probation, dinged for things like missed appointments, or driving without a valid license.

So he made a decision.

He chose jail time over probation, because he couldn’t afford the terms or the time it took to keep them up.

Banking on a fresh start

Julie Siddique teaches criminal justice at the University of North Texas at Dallas. She says many men and women make the same choice.

“The requirements and the expectations of probation can be extremely burdensome for some individuals,” Siddique says. “And so they may choose not to go for probation and prefer to carry out a sentence instead.”

Depending on the offense and the jurisdiction, probation costs add up. 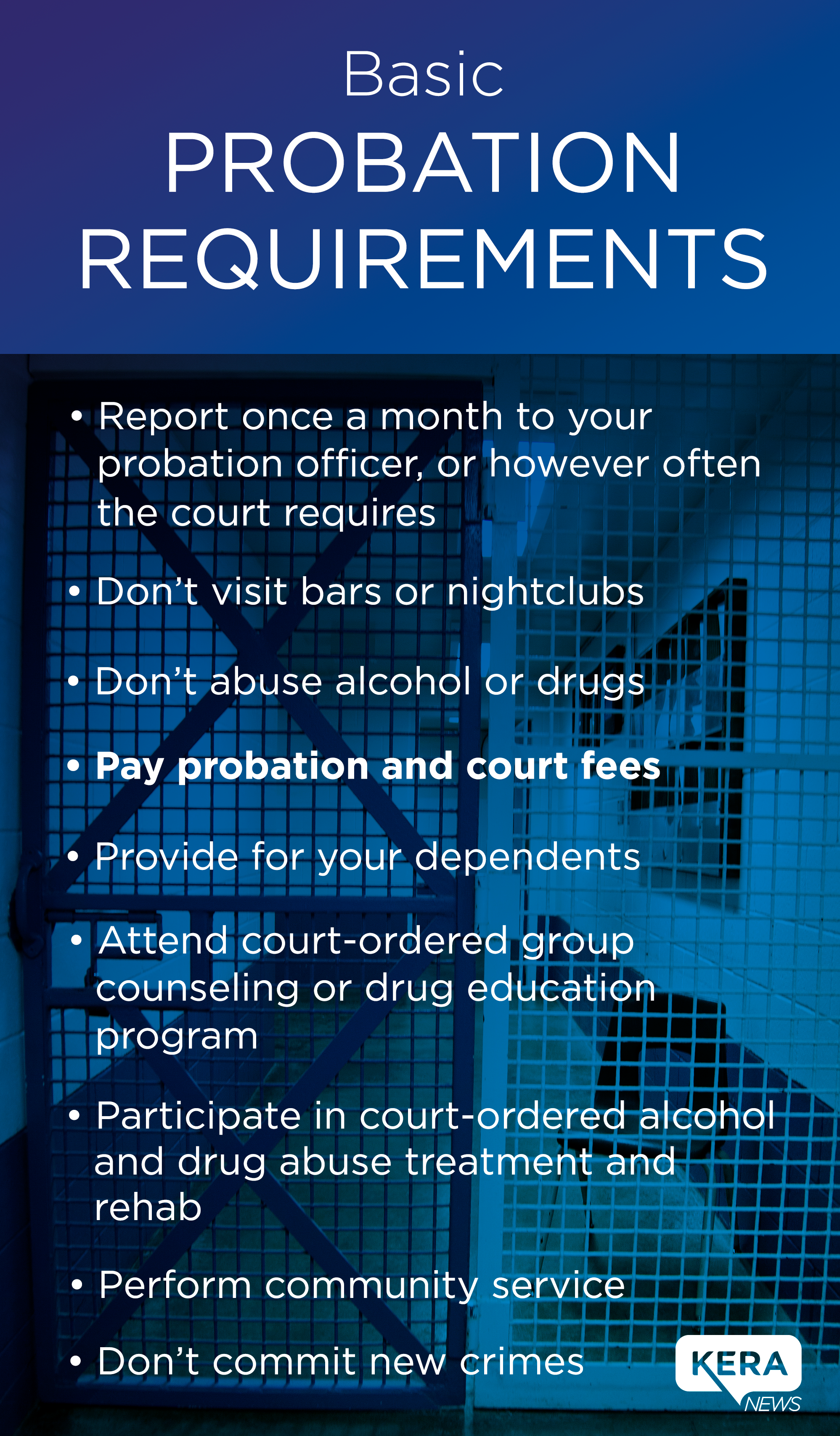 Probationers can expect to have to comply with this basic list of requirements. For the monthly payment, a judge decides how much an individual probationer’s fees will be. (Source: Dallas County Community Supervision and Corrections)

That means an ex-offender could have to pay $3,000 a year — for probation.

Another complication? Just getting around.

“Relying on public transportation, which isn’t always reliable, can lead to missed appointments and also the possibility of violating the conditions of probation, which then can lead to additional time on probation or even revocation of the probation,” Siddique says.

An ex-offender may have to sign on for more probation time, and then end up back in jail anyway.

“So far, I’ve met about eight, nine people who did the same thing I did because, you know, it’s better doing the time than signing up for something that could put you back in jail, throwing you out there for failure again,” he says. “Because probation is basically signing up for failure.”

That’s why he walked into Hutchins State Jail in May. To him though, it’s not a dead end — it’s the key to a new beginning.

“I’m getting out there, slate clean, with nothing to worry about,” he says. “It’s basically like a fresh start.”

He will have a felony record, which does make it harder to find work and rent an apartment. But he won’t have to pull away from his job every week to make probation classes.

And he won’t be paying a couple hundred dollars into the system each month for probation.

What's Prison Like? Learn With These Videos, Books And Links