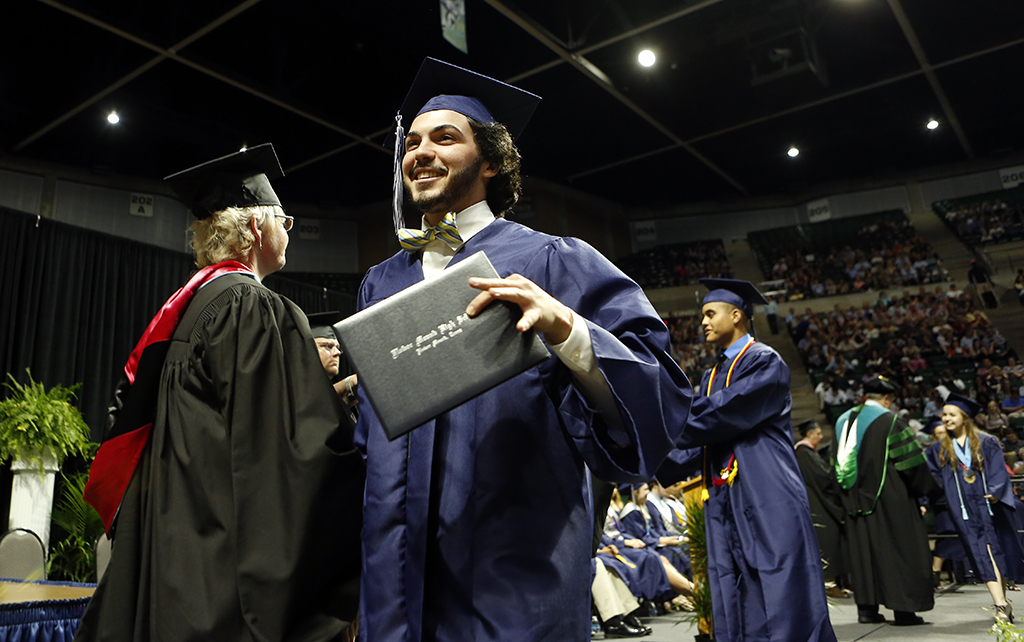 After Losing His Best Friend, Ricky Rijos Plans To ‘Live Life To The Fullest’

Ricky Rijos finished up high school in January, but he waited until June to get his diploma with his classmates from Flower Mound High School. He’s headed to the University of North Texas this fall. Ricky’s learned some hard lessons over the last four years, including one that may actually take a lifetime to deal with — the death of his best friend.

‘He was just real family’

One recent day at the Rijos home in Flower Mound, only Ricky and his mom were around. Sister Gabriella, 20, is in college and dad, Riki Sr., is busy managing his Texas Roadhouse restaurant.

Since graduating early in January with a 3.4 GPA, Ricky Jr.’s worked at the restaurant full-time. 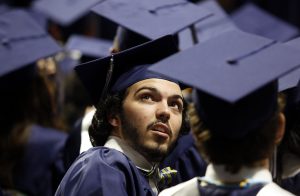 Ricky Rijos Jr. turns to look for his family and friends during his graduation ceremony. Photo/Lara Solt

“We’re open from like 4 to 10 Monday through Thursday, so I’ll usually work that,” Ricky says. “And then in the morning, I’ll maybe work out, but sometimes I want to get some sleep.”

Back in 2014, Ricky was waiting for a growth spurt that never really happened. Basketball was his life. He was laser focused on playing in the NBA.

He hasn’t missed it much, except for his best friend, Keonte Johnson.

Ricky met KJ at a local rec center a few years back. Ricky was three years younger than KJ, but the age difference didn’t matter. They hit it off and with another friend, Noah Chambers, hung out all the time.

“He was just real family. He would always say we were brothers: me, him and Noah,” Ricky says. “We have all these other friends. We’re close with them, but that was like us three — we’re the big three. We’re all brothers. His family was my family. He would come in. He wouldn’t even knock on the door. He would just open the door.” 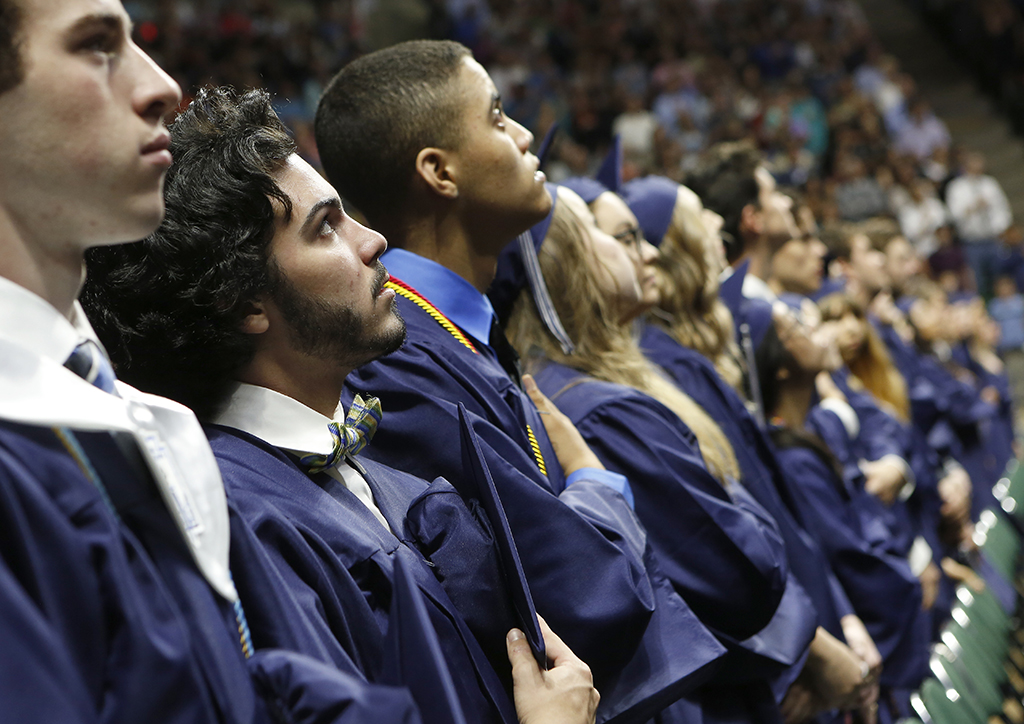 Ricky Rijos Jr., second from left, and other graduates during the National Anthem at graduation. Photo/Lara Solt

‘He just became a man’

Then, one night in April changed everything. Ricky’s restaurant shift was over.

“So, he finished class, and he called me, and he was like ‘All right, I’m done with class. I’m coming down there. I’ll meet you there in 30 minutes.'”

Then he called again.

And then KJ’s mom called Ricky.

“[She] told me he had gotten hit by a car on the highway.”

Hours had passed since Ricky talked to KJ by phone and he could not — would not — believe the awful news.

His best friend was dead. 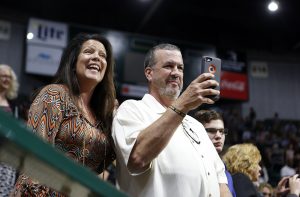 Trying to help, a friend invited Ricky to church. He agreed, even though, raised Catholic, he’s not that religious.

Months later, in his kitchen, Ricky talks about the preacher’s words, with clouds darkening outside.

Ricky’s mom, Jodie, says her son had never been to a wake before. She wasn’t sure how he was going to be able to handle it.

“He went in there and was there for KJ’s mom,” Jodie Rijos says. “He just became a man. I saw he became a man. He was the shoulder everybody cried on. But, then I had to remember to tell him, ‘You have to grieve, too. And you don’t have to be everybody’s rock.'”

Today, Ricky seems OK. He misses KJ and talks to him driving to and from work.

The trauma did not challenge what he believes — it reinforced it.

“It makes me think [that] life is short. Anyone can go at any time — just like that,” he says. “So, it’s just live life to the fullest. Be around those you love as much as you can, like family and friends.”

“That both the kids … just get them home safe, watch over them,” she says. “Because that’s all you can do as a parent. You guide them. And you hope they remember everything you taught them.”

Ricky leaves high school in the Class of ’17, with his basketball dreams and his best friend gone. Yet, he’s not adrift. He’s rooted in family and close friends, working in dad’s restaurant.

College this fall lets him start over.

Ricky talks about several possible majors he’s considering at UNT. Then he stops — and smiles.

The sky, he says, is the limit.

Ricky Rijos, Through The Years

Joel Luera's School Struggles Set Him Up For Success