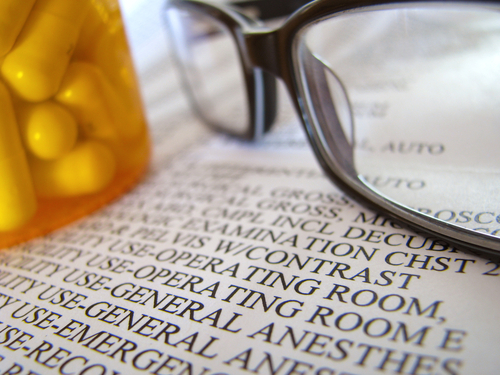 Two years ago, the average hip replacement in Texas cost about $48,000 – that was the average hospital charge.
The KERA Radio story

The Cost of a Broken Hip

We talked with Sean Cavanaugh, deputy director of the federal government’s Center of Medicare, about who’s paying what and why.

Breaking down the costs

Question: Two years ago the average hip replacement in Texas cost about $48,000 – that was the average hospital charge. Medicare only paid about $9,000 of that and patients were responsible for $1,300. What do you make of that discrepancy?

Sean Cavanaugh: “Hospital charges are often very disconnected from what Medicare and other payers are actually paying hospitals. I think the people who need to worry about hospital charges are those who go in with either no insurance or the type of insurance that requires significant deductibles because then they are often subject to charges.” 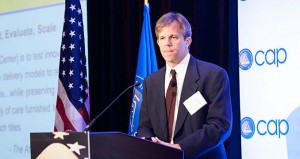 After the hip replacement

The sticker price for a new hip doesn’t tell the whole story. Much of the cost — and what makes the bill so difficult to predict — comes after a patient leaves the hospital.

Question: Is there any way to determine how much a Medicare beneficiary can expect to pay for something like a hip replacement?

Cavanaugh: “It’s complicated. A patient can probably get a pretty good sense of what they’ll owe for the hospital portion of their stay, what the hospital likely will be paid. And they also know in Medicare benefits what their hospital deductible is, which is around $1,200. That’s the easy part. 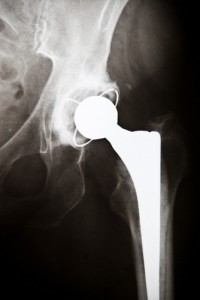 An X-ray of a hip replacement. Credit: Shutterstock

“In each of those cases, Medicare appraises providers differently and the patient has different cost-sharing responsibilities.”

How to evaluate care

The cost of a hip can be high, but a higher cost doesn’t necessarily mean a patient is getting better care. 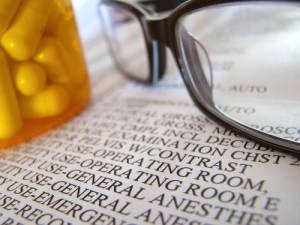 Two years ago, the average hip replacement in Texas cost about $48,000 – that was the average hospital charge. Medicare only paid about $9,000 of that and patients were responsible for $1,300.

Question: In one study looking at the cost of a new hip, prices were all over the map, from $10,000 to $125,000, and data shows Medicare will often pay between $10,000 and $25,000 for primary joint replacement surgery. Is this inconsistency of cost a concern for Medicare?

Cavanaugh: “Yes. It interests us greatly. The reason those payments vary so much is not because of how much Medicare pays the individual providers. It’s because of how many services are used in different regions and the types of services. This is particularly true around where the patient is discharged after they leave the hospital, whether they go to another rehab facility, go home and what therapies they receive. The reason we’re so interested and concerned in this area is there are regions and providers who have very expensive post-hospitalization expenses, but they are not associated with higher-quality care or better results. We feel this is an opportunity for the industry to learn from each other, to learn from the lower-cost areas of how to reduce costs while still improving quality care that the beneficiary receives.”

Medicare is trying to be more transparent with who’s paying what in the hopes of encouraging better care.
Question: The cost of hip replacements doesn’t say anything about quality. What is Medicare doing to try and help patients access information about quality? 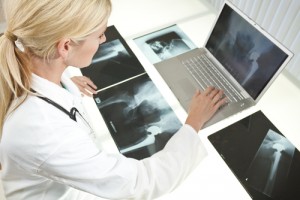 Cavanaugh: “We’re doing quite a bit in recent years. We have a website called Hospital Compare where patients can see voluminous data of the quality of care that hospitals are providing. That’s information that’s available to the beneficiary. We’re also doing things with providers. We’re increasingly linking how much they get paid to the quality of care they provide. That’s not something that the beneficiary sees, but we’ve seen significant strides made in quality improvement because of this public reporting we’re doing, but also because of the payment incentive we’re giving to providers.”