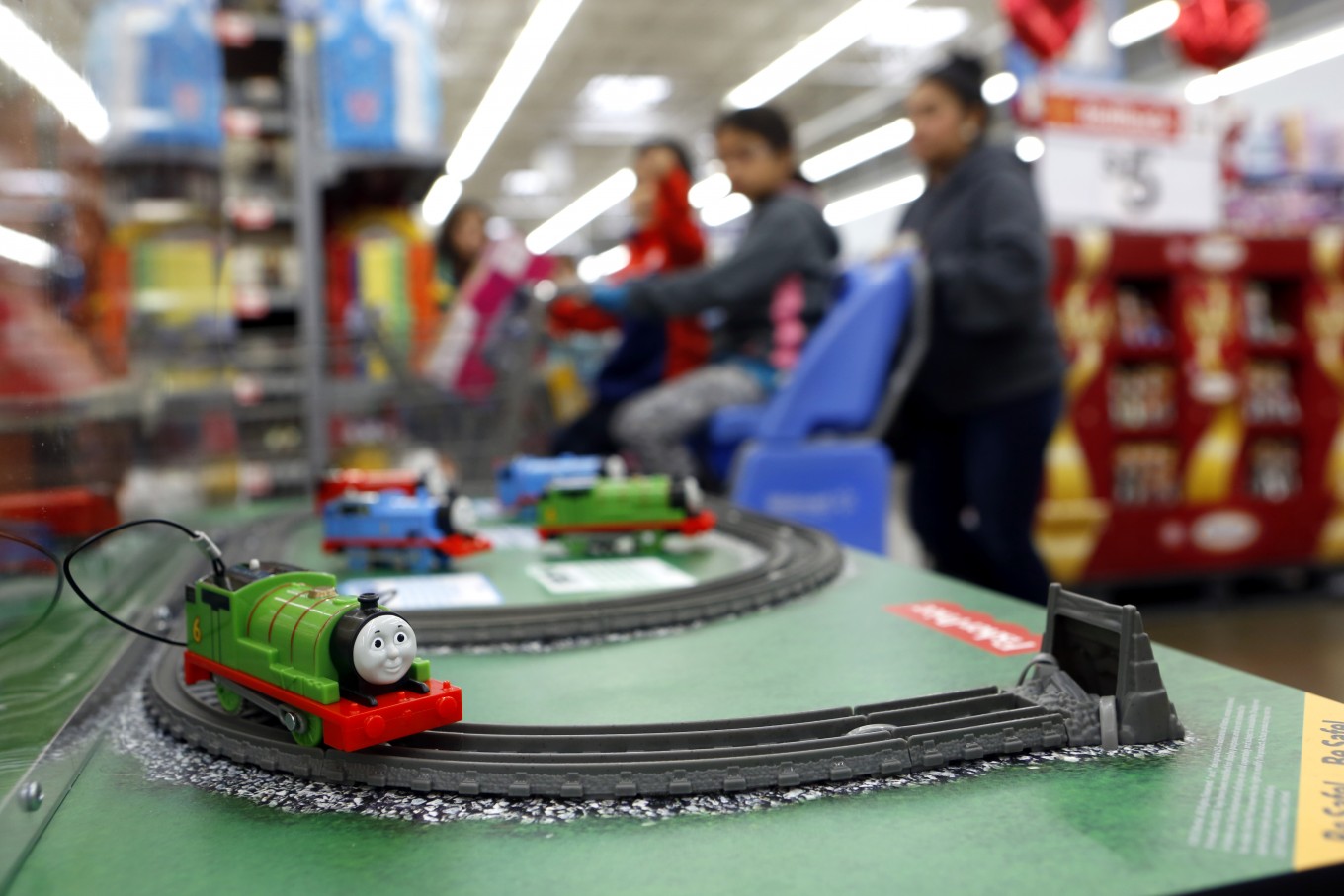 Whether it’s gifts, decorations, food or travel, spending is unavoidable during the holidays. The pressure to buy can push families to spend money they don’t have. The average American carries nearly $10,000 in credit card debt. For the average Texan, it’s $6,600. From department store charge accounts to wallets full of plastic, explore how retail has changed over the past seven decades. 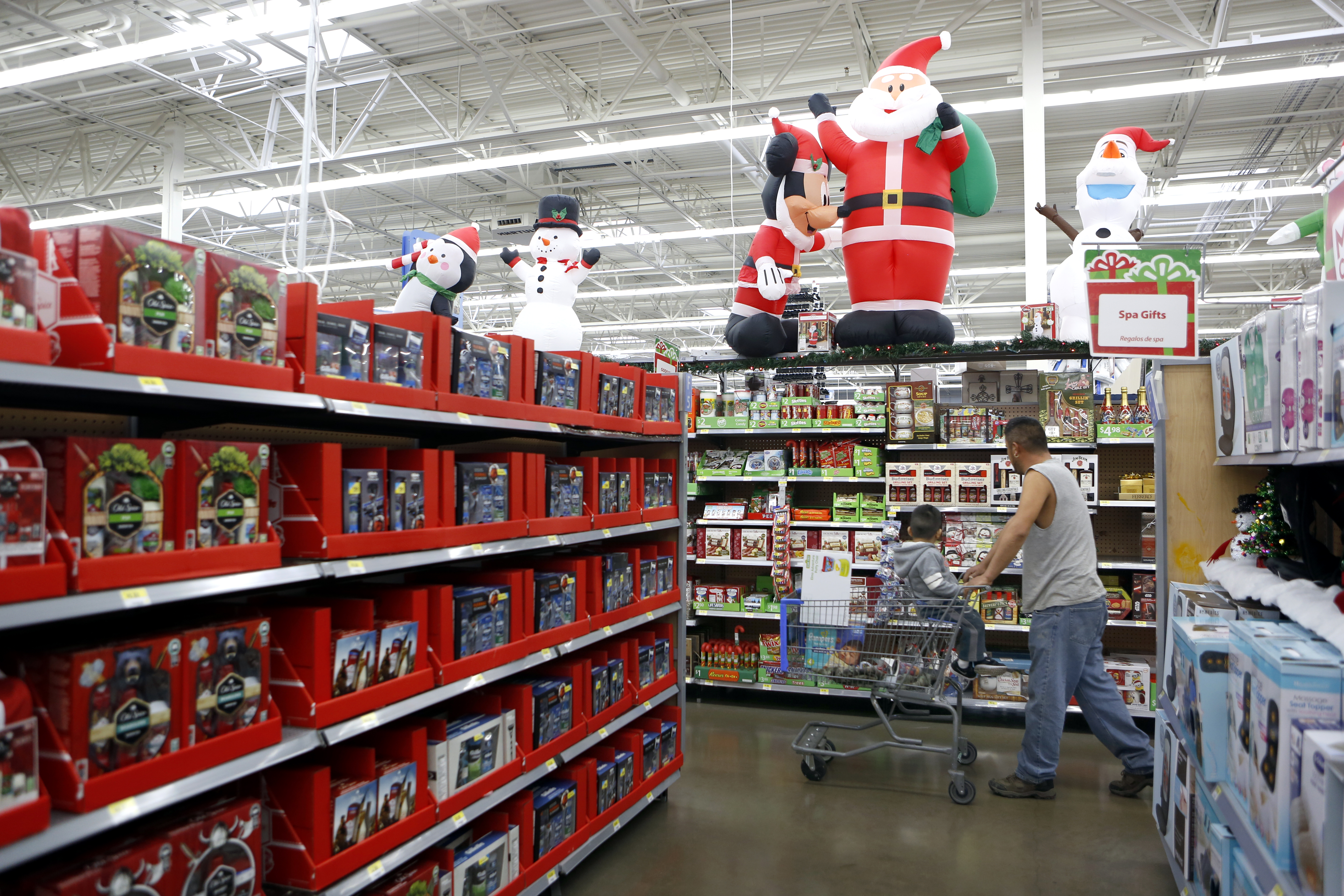 In 1945, Bing Crosby released 10 tracks of yuletide cheer and optimism with his famous album, Merry Christmas.

It came out the same year World War II ended. The post-war American economy was glowing. Through the 1950s and ’60s, wages were steadily rising, and people were ready to spend — especially during the holidays. 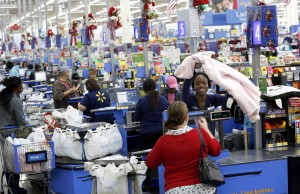 Some cautious consumers put items on layaway. Some opened Christmas Club accounts at their local bank, putting aside a few dollars a week.

A lot of shoppers took a different approach, said Louis Hyman, a professor of business history at Cornell.

“We all hear how our parents and grandparents never borrowed any money, but they borrowed all the time,” Hyman says. “They just borrowed in different ways.”

Back in the 1950s, there wasn’t credit card debt as we know it today, just department store charge accounts people paid off each month.

In the postwar era, Hyman says, department store credit was the status quo for the middle class.

Watch: An educational film about credit from the 1950s

Wages just kept going up and up and up. So that if you borrowed today, you could expect to make more in the future.
Louis Hyman, professor of business history at Cornell

“In the 1950s, ’60s, ’70s, ’80s even, the credit you received was tied to a particular store,” Hyman said. “So for instance you could get your Neiman Marcus card and you could shop at Neiman Marcus. And Neiman Marcus didn’t take other kind of credit card. This was true until the late 1970s.”

Hyman says that kind of credit card kept customers loyal and coming back. And because the American economy was growing, families could generally pay those bills at the end of the month.

“Wages just kept going up and up and up,” he said. “So that if you borrowed today, you could expect to make more in the future.”

Things started to change in the 1970s. Namely, wages stalled for the average worker – usually the man of the house. 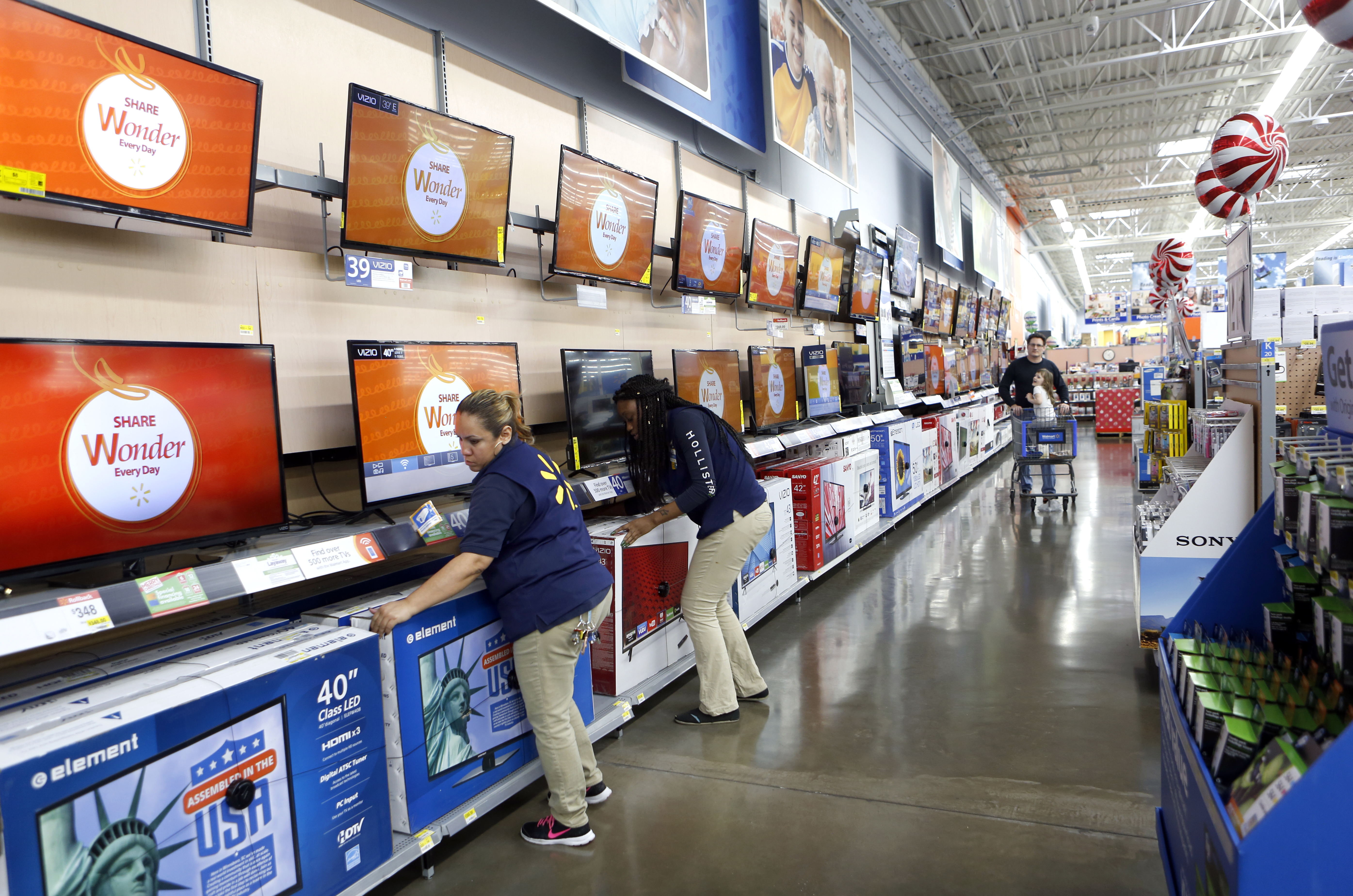 “And for about 15, 20 years, that effect was hidden,” Hyman said. “Because it was exactly that moment when women began to enter the workforce in huge numbers.”

So household incomes were still going up, at least in the ’70s, which meant people could still keep up with those department store credit accounts.

In 1977, folks were carrying an average credit card balance of $330, according to the Federal Reserve. But many people still didn’t even have credit cards.

If you think back to watching ‘Pretty Woman,’ there’s this exciting moment where Julia Roberts has access to a credit card and it’s a sign of her affluence.
Louis Hyman, professor of business history at Cornell

Fast forward to the next decade, and consumer spending changes dramatically.

“So there’s a big recession in the 1980s and interest rates go way up,” Hyman said. “After those interest rates fall, credit card companies find they can still charge people very high interest rates, so they’re able to lend to more and more riskier clients.”

In the late ’80s, credit cards were making their way into the mainstream. About a third of families still didn’t have them..

“If you think back to watching Pretty Woman, there’s this exciting moment where Julia Roberts has access to a credit card and it’s a sign of her affluence,” Hyman said.

Words of wisdom from Gere. Soon after that came securitization: the process of bundling and selling debt. That meant credit cards for pretty much everyone.

Watch: MasterCard commercial from the 1980s

By the ’90s, holiday shopping was all about the plastic. 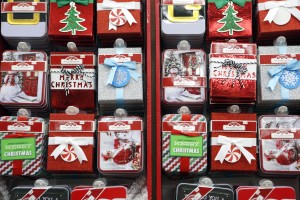 A selection of Christmas gift cards at Walmart in Dallas. Photo/Lara Solt

“And really the class signification of credit cards begins to change: from one of prosperity, to one of financial insecurity,” Hyman said.

The recession hit in 2008. And many lower-income people who’d relied on credit cards to holiday shop couldn’t get approved anymore.

Big box stores like Kmart and Walmart had a solution.

“It’s after this moment that we see the return of layaway,” Hyman said. “Big retailers roll it back in style.”

Hyman said when hot toys and electronics were scarce, layaway made sense. Now that stores have a seemingly endless supply of merchandise, he’s not a fan.

Here’s how he explains it: If you decide to buy a toy for $100 on layaway in mid-October, you’ll need to put about $10 down and pay a $5 fee to hold your purchase.

“So $90 borrowed, $5 fee. Two months,” he says. “Gives you an annual percentage rate of 44 percent. Now that’s about double what you would get on a credit card.” 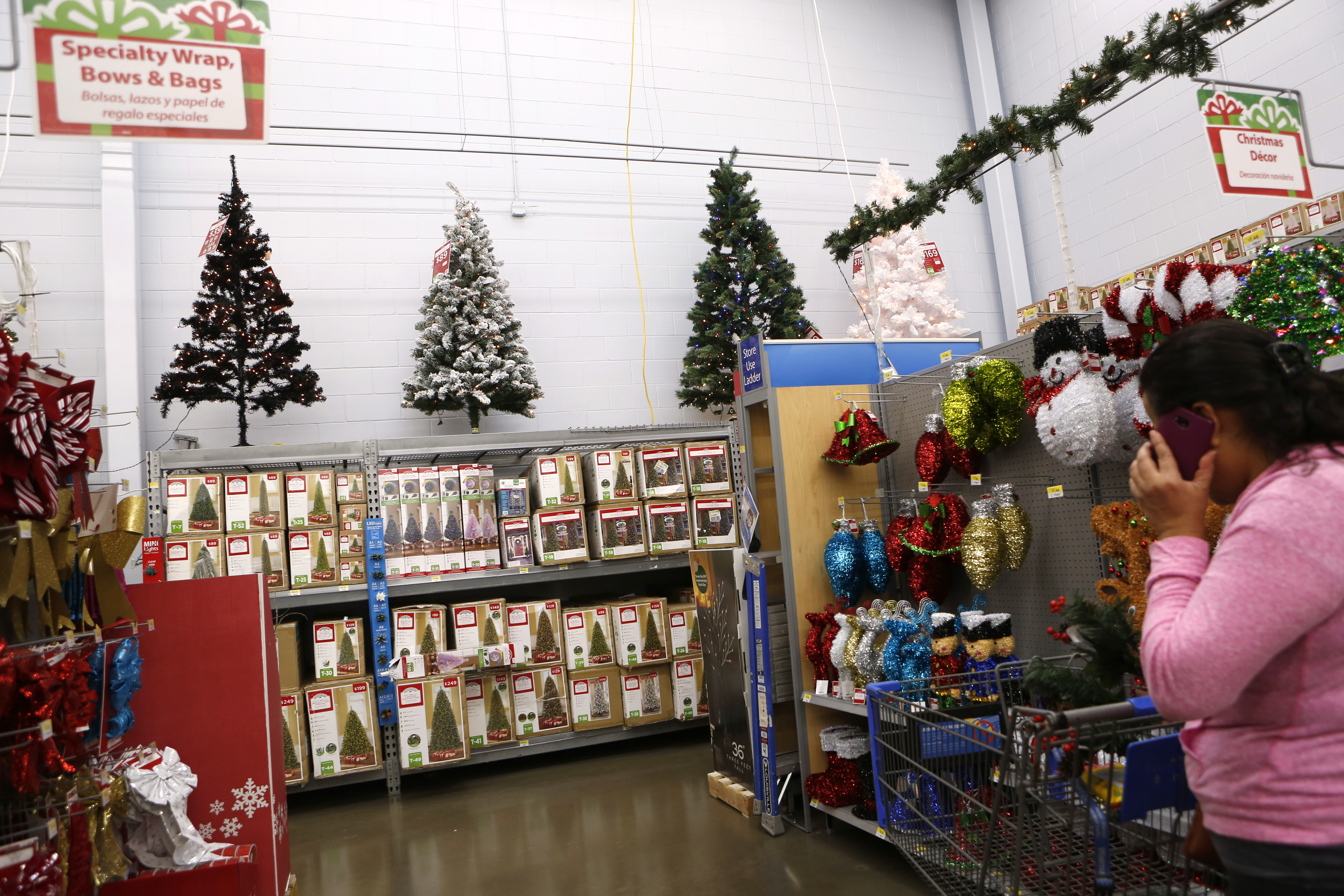 Christmas trees are on display at Walmart in Dallas. Photo/Lara Solt

With Apple watches, X-boxes and Doc McStuffin dolls, there are plenty of gifts to go around. Paying for them? That’s a different story.

Shopping can be tricky these days. Layaway will cost you, and unless you pay off credit cards in a few short months, that interest will pile up fast. Also, job security can be shaky and wages are flat.

Hyman said the best bets are always advance planning and a savings account. And, sometimes, you just have to say “no.”

“Ultimately, there are limits to how much we can let our heart decide on our spending,” Hyman says. “You know we have to be grownups. I think kids after all want parents’ love, they don’t just want the newest gizmo.”

Ultimately, there are limits to how much we can let our heart decide on our spending. You know we have to be grownups. I think kids after all want parents’ love, they don’t just want the newest gizmo.
Louis Hyman, professor of business history at Cornell

A Look At Credit Cards Through The Years

Listen To The 'One Crisis Away' Special From Texas Standard