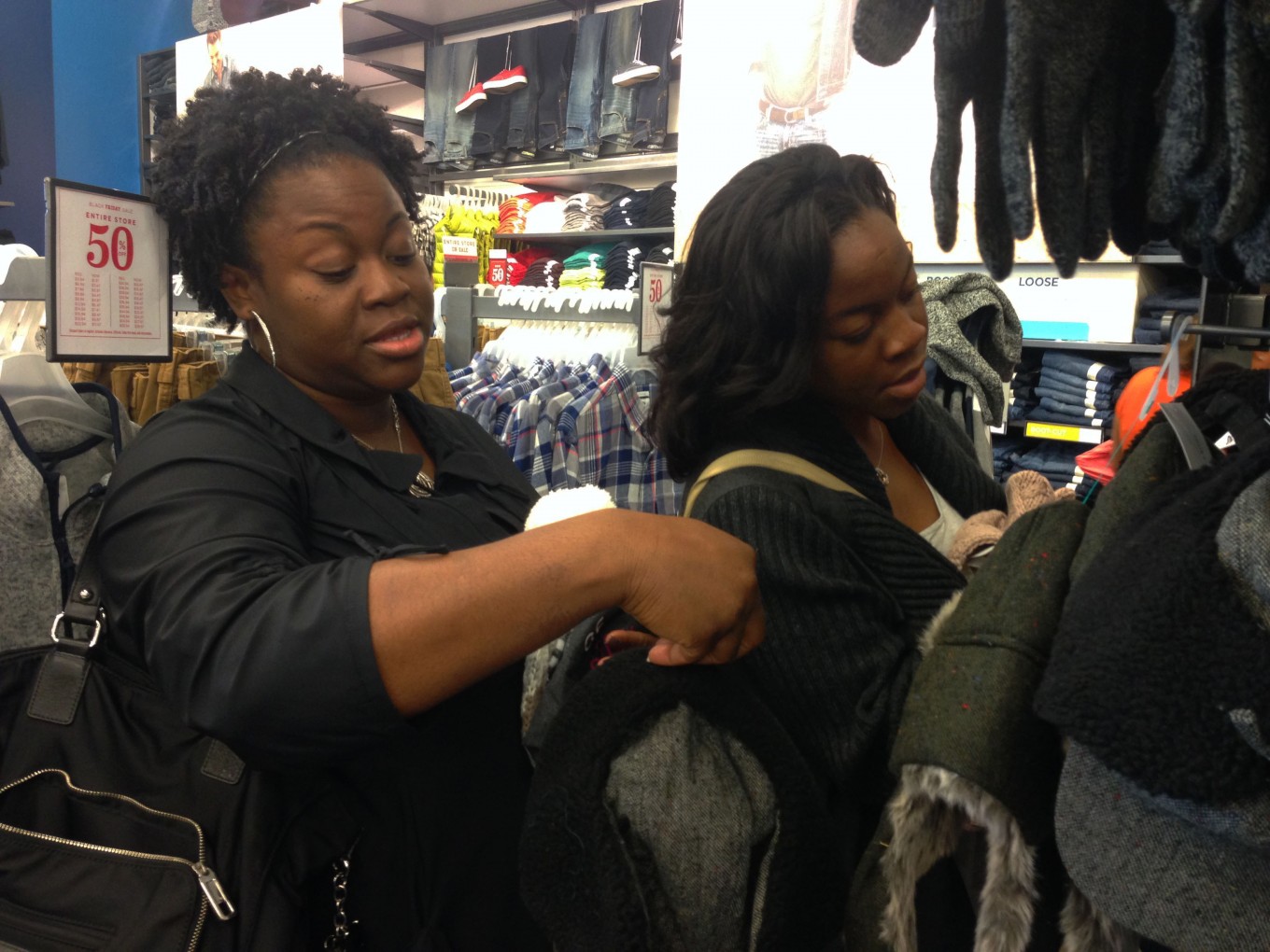 Tosha Hightower, a postmaster who lives in Arlington, shopped at
Old Navy with her daughter, Danielle. Photo/Courtney Collins
The KERA Radio story

The pressure to buy gifts during the holidays can cause tremendous stress for folks living on the financial edge. According to WalletHub, the personal finance website, one-third of Americans have already blown this year’s holiday spending cap.

This time of year, you see huge markdowns and deep discounts. On Black Friday, the Old Navy in Arlington boasted 50 percent off everything in the store. The winding checkout line with scores of customers proved the sale was working.

Tosha Hightower braved the crowds to put a big dent in her Christmas list. Her sister has nine kids — that’s a lot of nieces and nephews to shop for.

Hightower lives in Arlington and works as a postmaster. Her 20-year-old daughter, Danielle, was home from college and tagged along for the shopping adventure. Their goal was to get each niece and nephew a small present to go inside Tosha’s famous “Gift Box.” 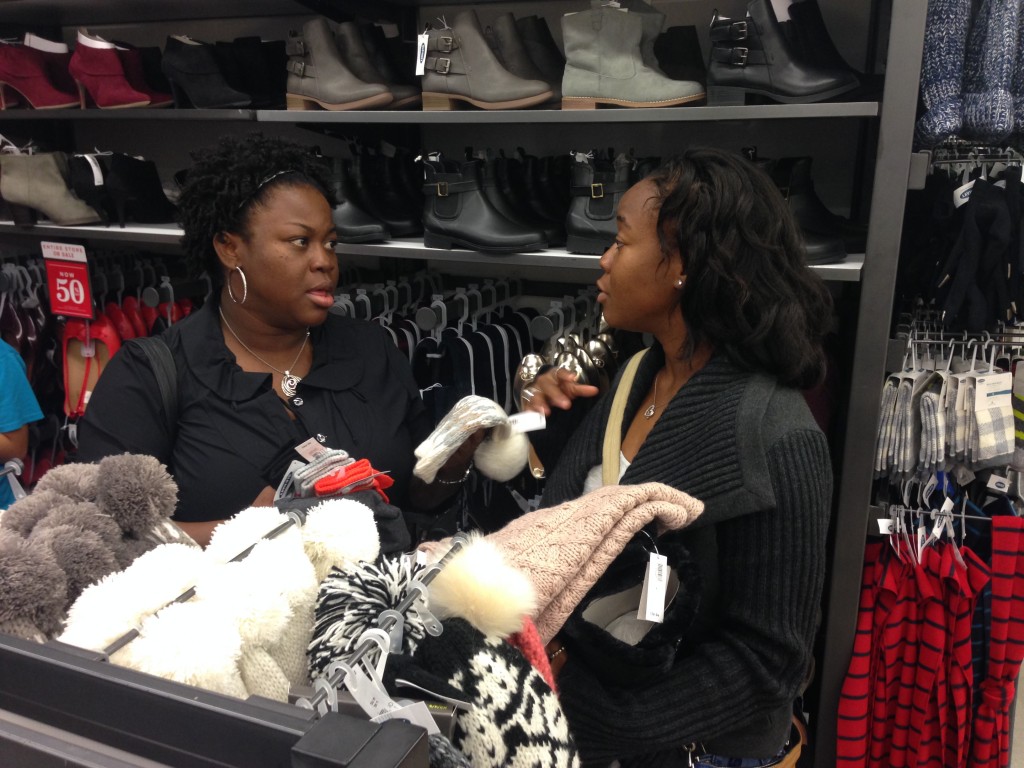 Tosha Hightower, a postmaster who lives in Arlington, shopped at Old Navy in Arlington with her daughter, Danielle. For Hightower, her budget is top of mind during the holidays. Photo/Courtney Collins

“If I can’t buy it cash, I don’t get it and it’s that deep for me. It’s that deep financially for me.”
Tosha Hightower, holiday shopper

The Box has been a Christmas staple for five years now. Hightower always makes sure each child gets one thing just for them, like a scarf or a T-shirt. Then she adds in small toys, treats and even toiletries — and lets the kids claim their spoils.

“You pick out girl toys and you pick out boy toys and then you just put them in the box, and then when they dig in, they pick whatever they come up with first,” Hightower said. 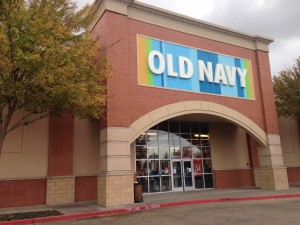 This approach to gift-giving is a huge hit with her family. She started the tradition because she was newly divorced and couldn’t afford a big present for each child.

“From two to one income, you can’t do what you used to do,” Hightower said. “And that’s how it really got started.”

And it’s been a joy to continue, she said.

As she sorted through the racks of clothes with her daughter, Hightower explained her shopping philosophy: Set a budget per person ahead of time, and no credit cards.

When Hightower hit the checkout line, she had a gift in hand for all nine kids — gloves for the little ones, hats for a couple of the boys, and a pair of shoes on super sale for one of the teenagers.

Setting and sticking to a holiday budget isn’t easy.

It’s hard to figure out how much to spend, said Jill Gonzalez, a spokesperson for WalletHub. It’s even harder to come up with a plan when you exceed that budget.

“It’s been harder and harder to really keep these budgets on track, because there’s just more time to be buying,” Gonzalez says.

Gonzalez said holidays shopping deals started in early November and will continue through Christmas Eve. The convenience of shopping — from your phone, work computer or tablet — means there’s even more temptation to buy.

Experts at WalletHub researched maximum holiday budgets for residents in nearly 600 cities across the country — and found that some Texas residents have among the biggest budgets.

WalletHub looked at monthly income and compared that to monthly expenses, a well as savings and debt.

Palo Alto, Calif, topped the list. Right behind at No. 2: a town here in North Texas — Flower Mound.

“Their budget is around $2,600, so far over what the average consumer spends this season,” Gonzalez said. “And that all goes back to having one of the highest monthly incomes in the country at around $10,500.”

On average, Americans plan on spending about $800 per person. 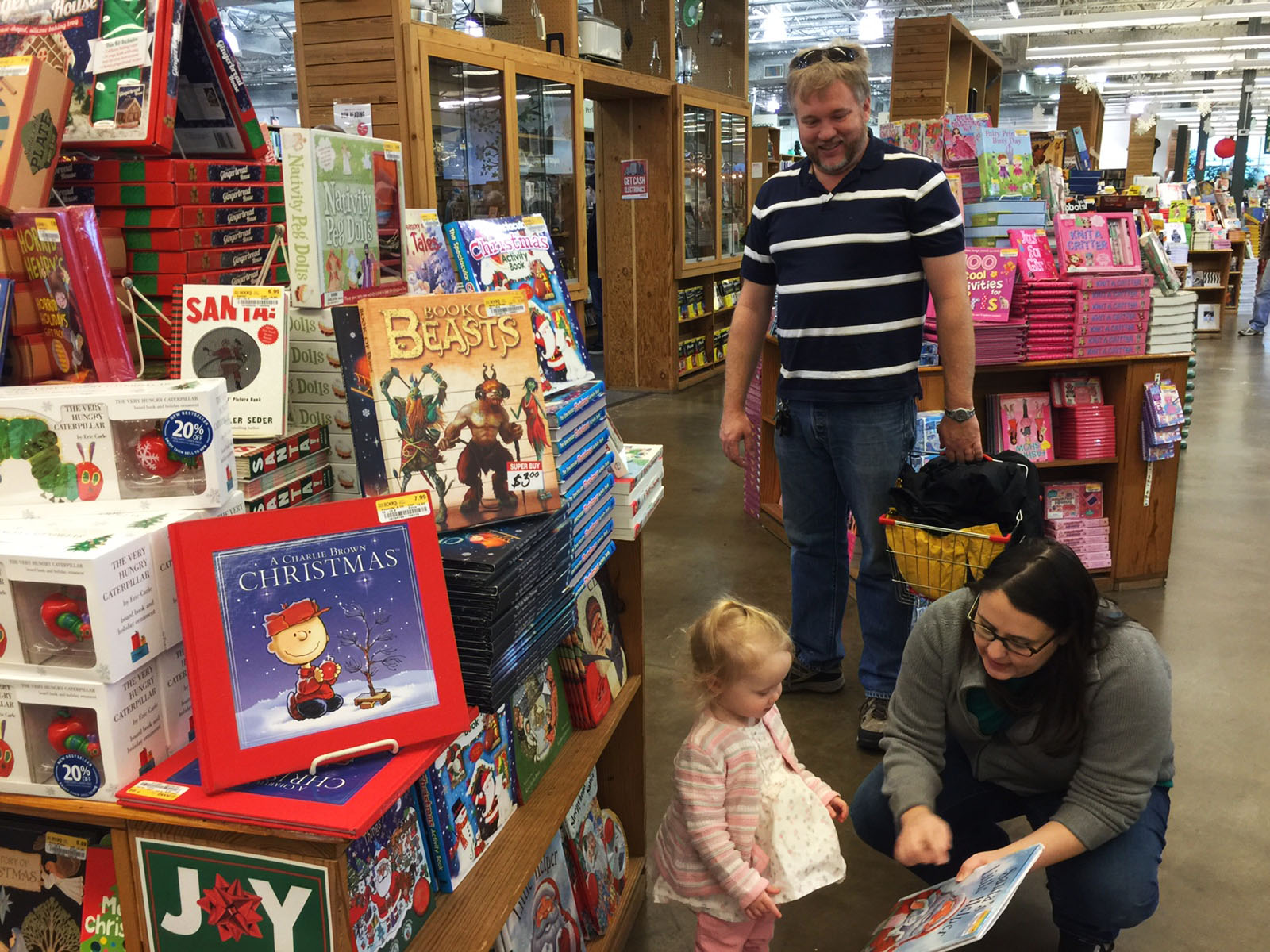 Lee Crump, with his wife Glynn and daughter Eleanor, shopped on Black Friday at Half Price Books in Dallas. Photo/Courtney Collins

Finding A Strategy For Spending

In Dallas, Chastity Lopez decided to brave Black Friday to do some book shopping with her youngest daughter Bella.

“We’ve been doing a lot more online this year,” she says. “We woke up early this morning, we’re getting some online stuff before we came out here to Half Price Books.” 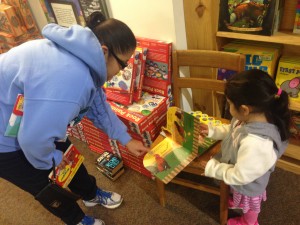 Lopez says online shopping is much more convenient — she’s able to find better deals online, too. Lopez and her husband set a Christmas budget every year and work hard to stick to it.

If they don’t, they’re in for an unhappy new year, she says.

“The reality doesn’t hit sometimes until after the holidays,” Lopez says. “The financial toll takes a strain on people, I think, in January.”

The Lopez family has a few other shopping strategies, too. One is spending money on things like memberships and passes, so the whole family can enjoy the zoo or art museum all year long.

The Lopez family tries to stress the importance of learning experiences and family time. They try not to emphasize stuff.

“That’s the sad part of the whole rush of buying gifts and the holiday season,” Lopez said. “Sometimes, you lose the whole meaning of it.”

It’s easy to get swept away in the blizzard of “special offer” emails and TV commercials touting gadgets. Finding your way back is just as tough.

Wallethub calculated maximum holiday budgets for residents in cities across the country. These Texas cities made the top 10:

“The reality doesn’t hit sometimes until after the holidays. The financial toll takes a strain on people, I think, in January.”
Chastity Lopez, holiday shopper