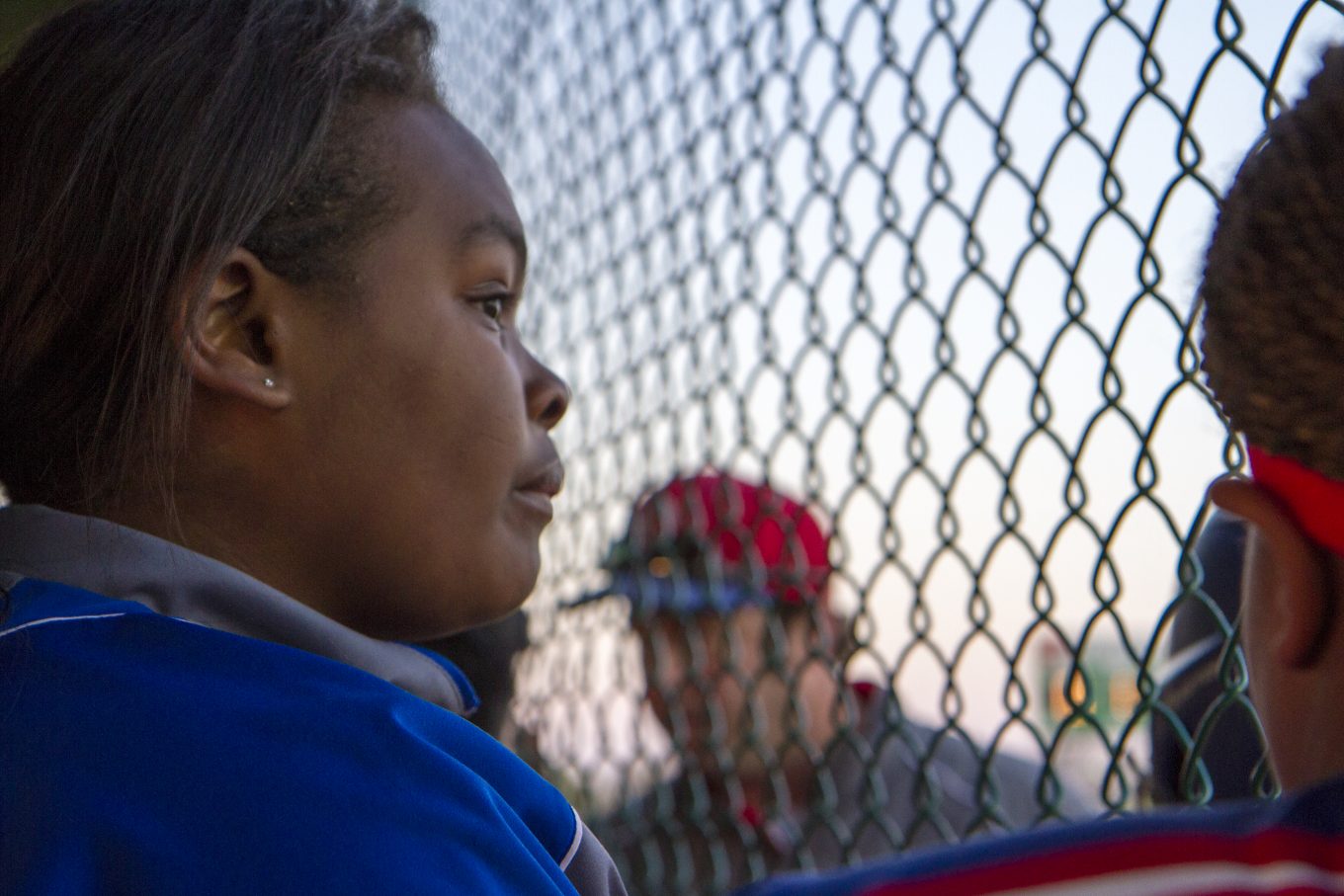 Duncanville High School has undergone big demographic changes in recent years. Today, about 70 percent of the students are considered economically disadvantaged — students like Rykeyia Branch. The high school senior is juggling classes with a part-time job and her role as manager of the Panthers softball team.

‘I don’t want to be selfish’

She’d rather be playing, but she missed the cut. The coach asked her to be the manager, so she handles equipment and keeps the box scores.

“I felt loved,” she said. “But I was like, ‘no, I don’t want to sit in stands cheering for someone else.’ … I wanted to be someone on the field. I didn’t want to be in the stands.”

But she came to terms with cheering for others.

She can’t afford to be. The 17-year-old carries a lot of responsibilities. 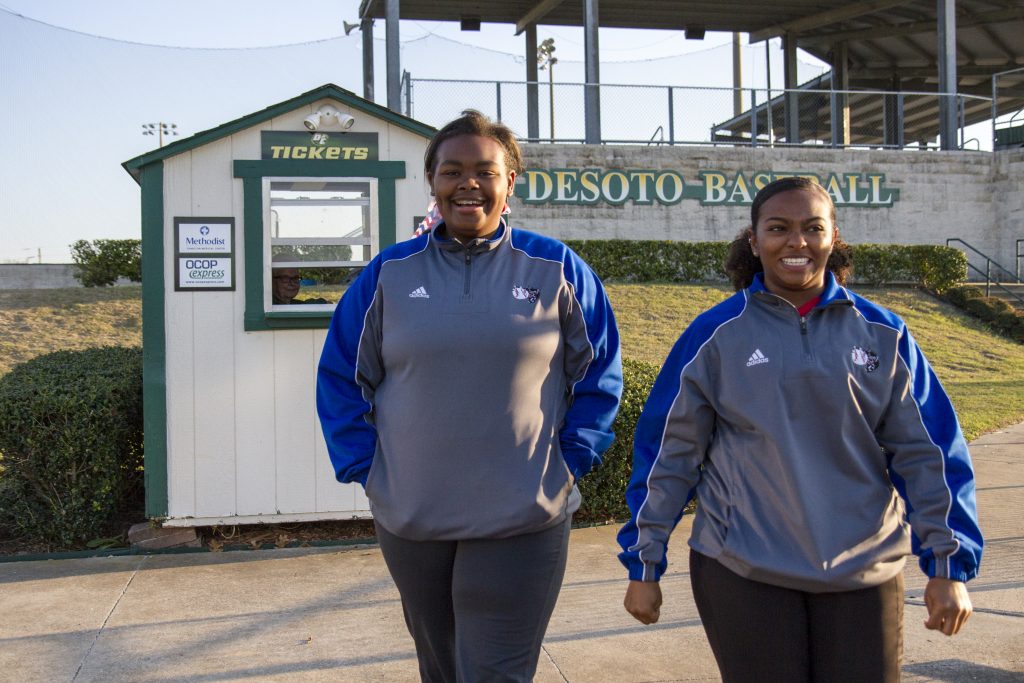 At home, she helps her mother, who’s divorced, take care of younger brother Ryderius. She gets up at 5:30 in the morning and takes him to school. After class, Rykeyia, who goes by Rocky, is a part-time cashier. She helps support her family.

“My mom, she doesn’t have a job,” Rocky says. “We get a child support check. But sometimes you just have to use that to pay for the bills, so we won’t get evicted. So sometimes that doesn’t leave enough in the budget for us to like have food. Sometimes we fall on hard times.”

“I didn’t want to be in the stands. But I don’t have a problem cheering for someone else. I don’t want to be selfish.”
Rykeyia Branch, Duncanville student

Recently, her family was evicted from their apartment. Rocky’s faced hard times at work, too. She says she was cheated — repeatedly — out of a paycheck.

“My manager, she got my time card and she changed my times from when I clocked and clocked out. I saw it, and I was like ‘What? What are you? I didn’t work 22 hours; I worked 40 hours,’ Rocky says. “She tried to steal my time and take my money and I can’t do that I because need all the money I worked for.” 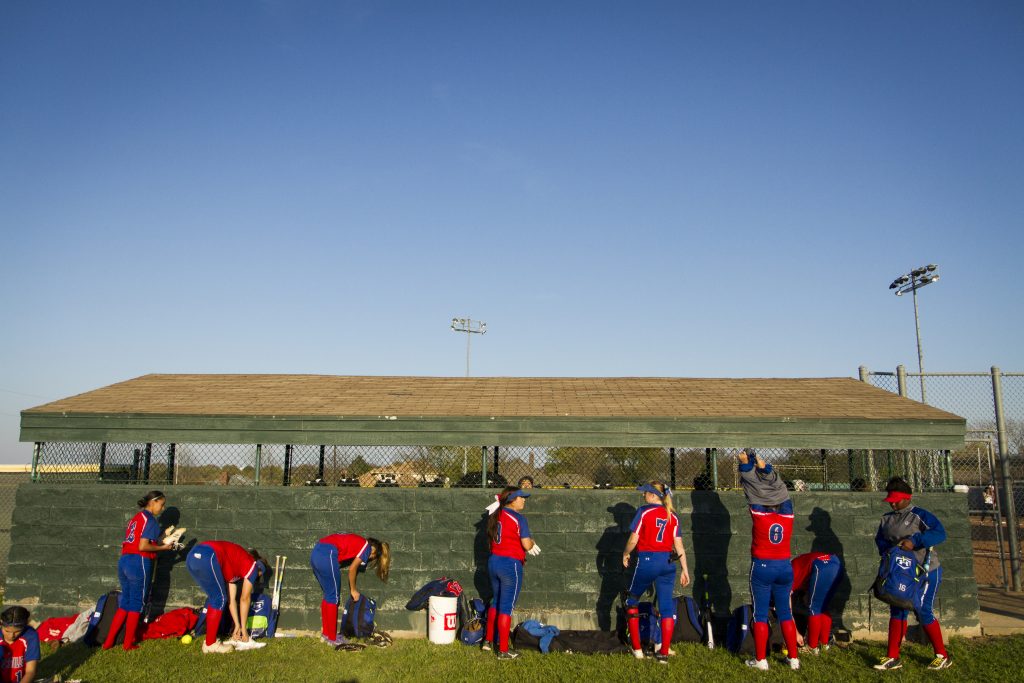 Players on the Duncanville varsity softball team get ready for their game against DeSoto High School. Photo/Samantha Guzman

Rocky’s mother, Melissa Branch, said she wanted to “go beat up” her daughter’s manager, but Rocky asked her not to.

Rocky says home life is tough. It’s tough for a lot of students at Duncanville High. About 70 percent of the student population is economically disadvantaged.

Focusing on the future

For Rocky, the softball team has become like a second family. Her teammates, including Cne Garay and Lauren Lewis, try to help. They say managers, like Rocky, are practically players. They say they feel as if they are family.

Members of the team say they have Rocky’s back. So do a lot of others at Duncanville High, including her favorite English teacher, Darrya Betts. She says Rocky, who’s a senior, is almost always upbeat and smiling.

But sometimes Rocky isn’t — like when she learned her dad probably wouldn’t make it to her graduation because he lives out of state.

“And he probably wouldn’t have the money to come,” Betts says. “I pretty much have to tell her: ‘If no one else is there to cheer you on, I’ll be there to cheer you on’ because there have been times when she was working two jobs and she had a lot going on. I’ve had to encourage her a lot throughout the year.”

Rocky’s softball coach also helps. So does her school counselor, who referred her family to a local program after the eviction. Despite all the struggles, Rocky’s focused on her future.

“I want to go to Tarleton State,” she says. “I want to major in vet medication, and I want to minor in marine biology. And then I want to graduate with my master’s degree and be a wildlife specialist.”

Rocky knows paying for college will be a challenge. But she’s faced lots of challenges. Rocky is confident she’ll figure it out.