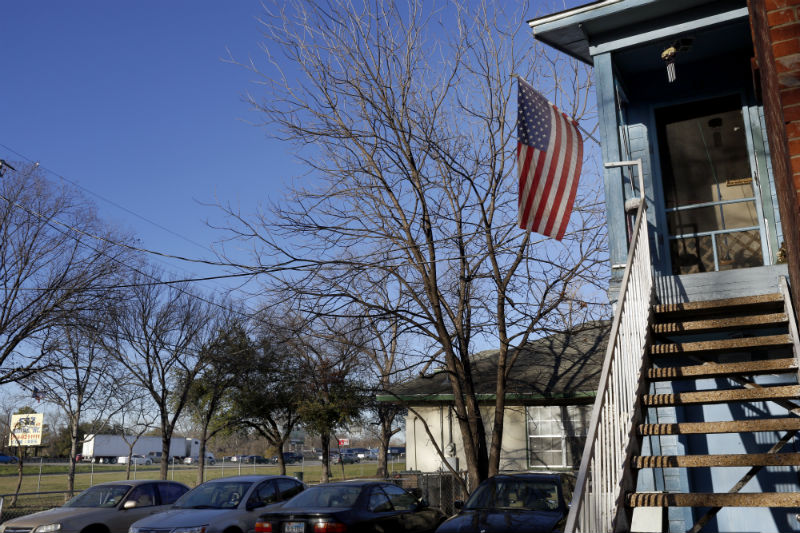 Jubilee Park is a Dallas neighborhood in the shadows of Fair Park. Photo/Lara Solt
The KERA Radio story

Living On $10 An Hour, While Trying To Pay The Bills

There’s a big difference between having a job and having a job that pays enough to live on. In Dallas, some Jubilee Park residents know what it feels like to watch a paycheck vanish in a haze of bills, rent and childcare. They include a single mom trying to get by on $10 an hour.

Many people in Jubilee Park have lived here for decades. They’ve watched it change from solid and middle class to crime-ridden and poverty-ravaged.

And they’ve watched it change again, to what it is today — a quiet neighborhood with low crime, but with plenty of folks still on the financial edge. 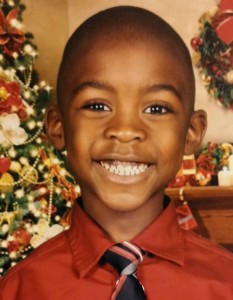 Jubilee Park is friendly to newcomers, too. Tricia Oliver thinks so. She and her son Jayden found an apartment here four months ago to be near family.

She lives down the street from the Jubilee Park Community Center. Eventually, Jayden will attend the after-school program there. He’s in pre-K now, but he doesn’t read like a kid who just turned 5 years old.

Mom and son read the book “My Mommy and Me.”

When I’m with you mommy, I love to skip and run.

I know that every day with you will be a lot of fun. …

I am very, very happy when I am with you!

Racing from one job to another

Oliver had two jobs when she moved to Dallas from New York — one at Whole Foods, another at RadioShack. That meant working seven days a week. 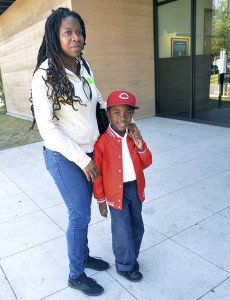 “Some days I would go to work at 4 o’clock in the morning to Whole Foods, leave there at 11 and then run to RadioShack and do another four or five hours,” she said.

It added up to 60-hour work weeks. She barely had time to breathe. After saving enough money for an apartment, she dropped the second job.

Oliver now works 35 hours a week at Whole Foods and makes $10 an hour. That’s 38 percent more than the minimum wage. She doesn’t get government assistance or child support. Ten bucks an hour is it.

“My reality is that rent is due on the first,” Oliver said. “And I try to pay that before the first even comes. The water bill is due, light bill is due, cellphone bill.”

Her take-home pay? Eleven hundred dollars a month. To feel comfortable paying all of her expenses, she thinks she’d need to earn almost twice that amount.

“Like $2,000 a month?” she said. “Knowing the lifestyle that I live, which is not the movies or the Chuck E. Cheese or the Dave & Buster’s — it’s just rent and bills and necessary items — I’d say I’d be able to live comfortably with that.” 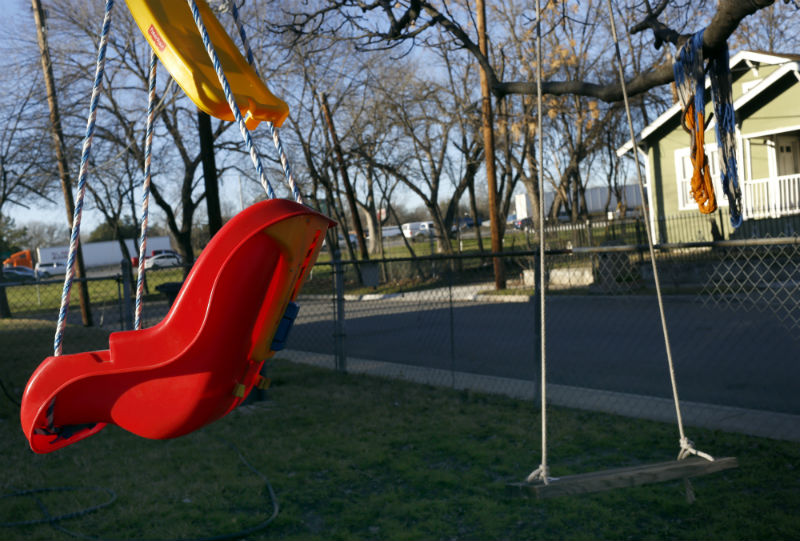 Single parents in Dallas County, including Jubilee Park, need to earn $19.13 an hour in order to make a living wage, according to Massachusetts Institute of Technology. Photo/Lara Solt

Researchers agree. Massachusetts Institute of Technology has developed a living wage calculator. It estimates a single parent with one child in Dallas County needs to make $19.13 an hour. 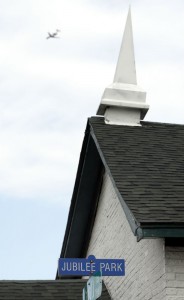 Jubilee Park is a Dallas neighborhood between Interstate 30 and Fair Park. Photo/Lara Solt

How are you supposed to survive if you don’t make $19 an hour?

Candace Thompson with the Jubilee Park Community Center says there aren’t a lot of options.

“I could only hope that there would be family that would be willing to care for my child when I would be away at work,” Thompson said. “But a lot of people don’t have those resources.”

Oliver is lucky. Her mother keeps Jayden after preschool lets out.

It’s even tougher if you have several children.

MIT’s living wage calculator says if you’re a single parent with three kids, you need to make almost $29 an hour to get by. That’s $60,000 a year.

For folks in Jubilee Park, those kinds of jobs are almost impossible to find.

“Getting a check isn’t necessarily going to be the solution,” Larrea said. “They have to get employment and a living wage, a meaningful wage, and sustain that for a long period.” 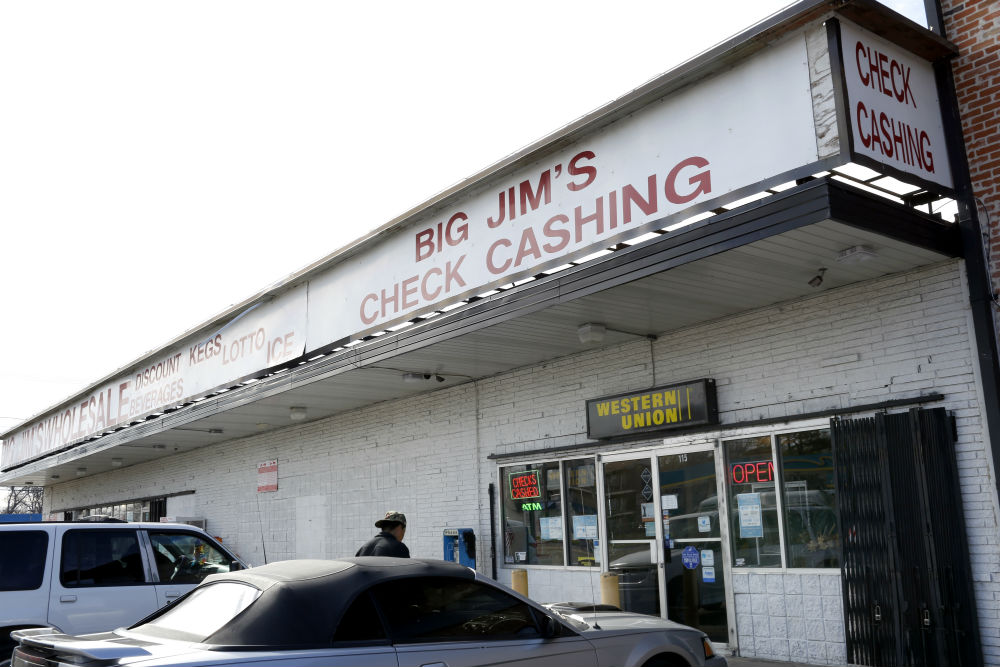 Several check-cashing stores are located near Jubilee Park in Dallas. Many Jubilee residents rely on these types of stores because they don’t have bank accounts. Photo/Lara Solt

Sovannsamnang “Soso” Soksovann is a civilian public service officer. He fled Cambodia’s killing fields and came to the United States in 1984. “Soso” moved to Dallas in 2001. He works and lives with his family in Jubilee Park.

The Bicycle Will Have To Wait

Larrea says trying to augment income with a second job, especially with kids in the mix, can grind down even the hardest worker. 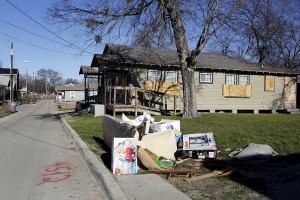 “If you have a child and if you have two jobs, what is the likelihood of beginning to erode that work ethic and work record?” Larrea said. “Showing up on time. Being too tired. Having a sick child.”

“We’re still looking in this region at

about 140,000 people who aren’t working,” Larrea said. “Plus, those who are underemployed.”

Then there are those who aren’t earning enough, Larrea said. 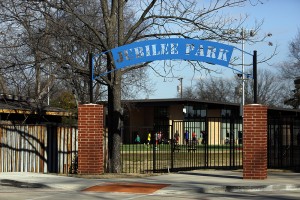 A soccer field donated by FC Dallas Foundation and the Embassy of the United Arab Emirates. Photo/Lara Solt

People like Tricia Oliver. Her mission is to provide for her son. She wants to be able to order Jayden’s school uniform pants without worrying. She wants to enroll him in karate. She wants to give him the birthday he deserves.

“His birthday was just Monday and I couldn’t even buy him the bicycle that he wanted,” Oliver said. “We went to Walmart and he wanted an $80 bicycle. He’s a kid that understands so he knows that the bicycle will come — just not now.”

Update: Jayden Gets His Birthday Bike

KERA listeners who heard the story about Tricia Oliver weren’t OK that Jayden wouldn’t get a present. More than a dozen called or wrote in, offering to buy Jayden that bike.

On a Wednesday in March, Michael and Melissa Rogers of Farmers Branch dropped by Jubilee Park to deliver a Spiderman bike.

The basket is a shiny, blue web decked out with half a dozen Spiderman rings.

“I know how important bikes were to me when I was little and for him to not have one, it upset me,” Michael Rogers says. “So I felt the right thing to do was get him one.”

Jayden got safety gear, as well as a football, light saber and remote control car.

Oliver was floored by the generosity.

“There are great people out there and I appreciate it,” she said. “This is a lot.” 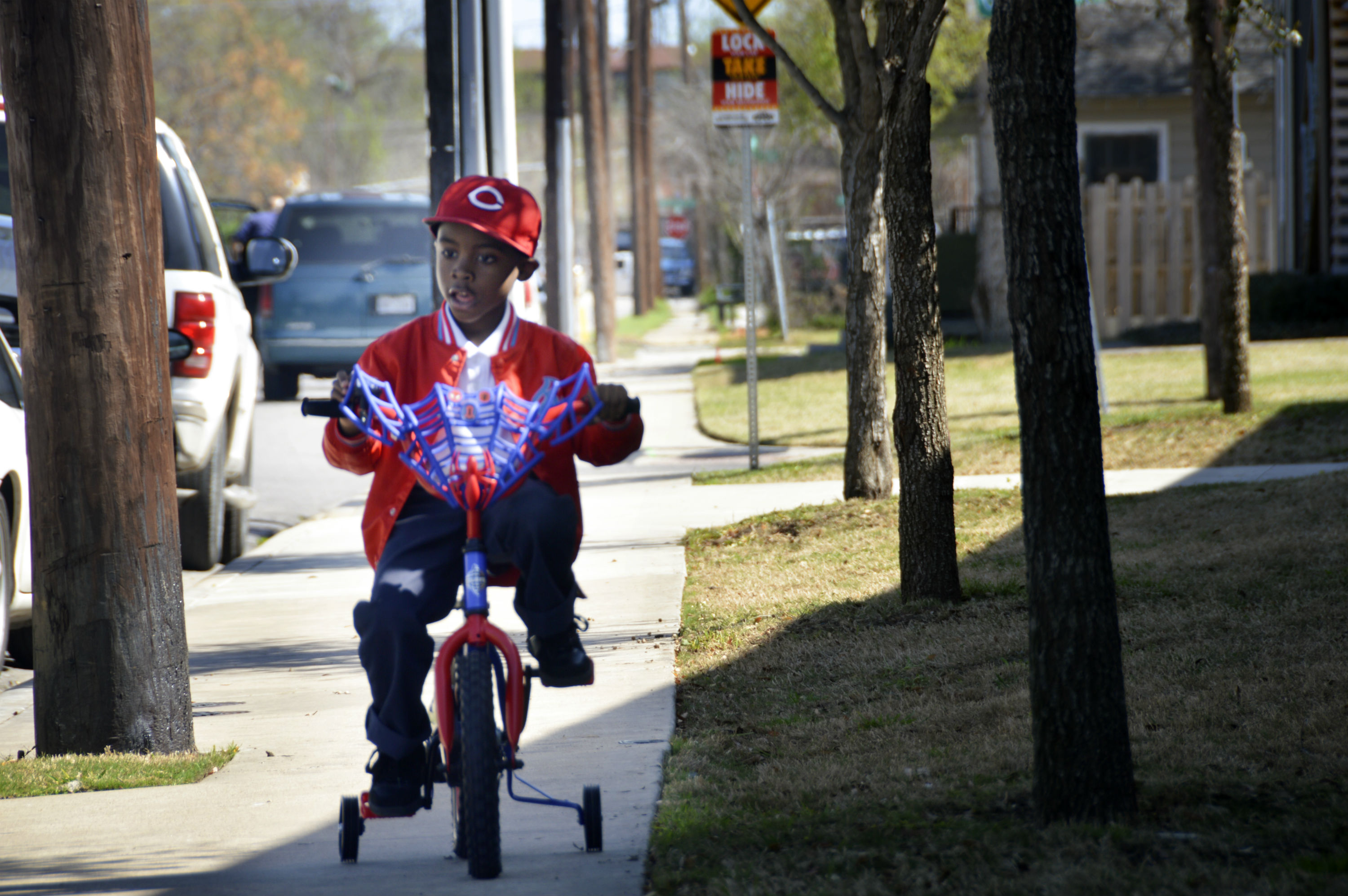 Tricia Oliver’s son, Jayden, got the birthday bike he wanted, thanks to KERA listeners who heard his story. Photo/Christina Ulsh

Bonding Over A Book

Listen to Tricia Oliver and her son, Jayden, read the book “My Mommy and Me.”

Explore the living wage calculator from Massachusetts Institute of Technology.