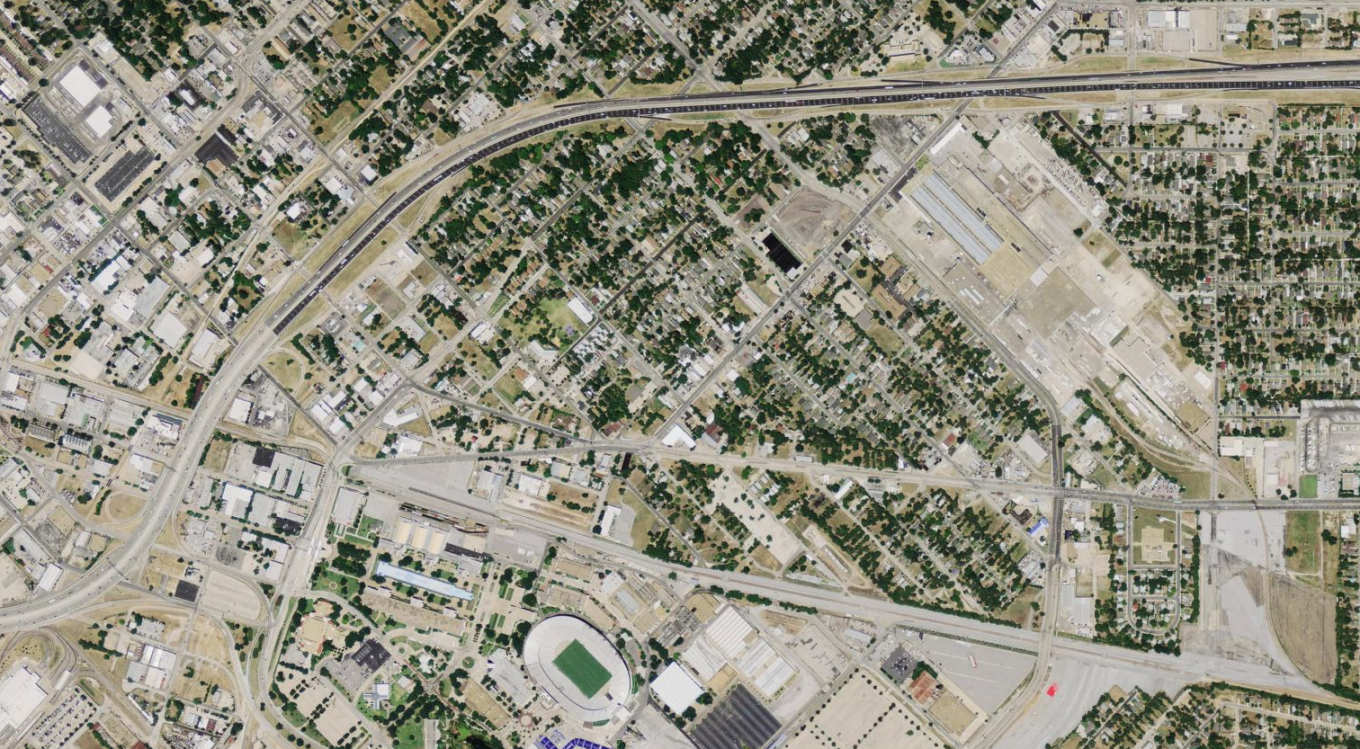 Jubilee Park is a 62-block neighborhood in Old East Dallas and bounded by Fair Park, Interstate 30 and East Grand Avenue.

It’s a neighborhood in transition. Years ago, there were drive-by shootings and drug deals on the streets. It’s much safer now, thanks to the support of the city, police and community groups.

Take a tour of the Jubilee Park neighborhood and its landmarks.

In 1997, St. Michael and All Angels Episcopal Church was celebrating its 50th anniversary. The church decided to help revitalize Jubilee. The Jubilee Park & Community Center was established. The center focuses on education, public health and safety and housing projects.

Congo Street is the narrowest lane in the city and just one block long. Historians say Congo Street was given its name to warn whites attending the 1936 Texas Centennial at Fair Park to avoid the area because African-Americans lived there, D Magazine reported.

The assembly plant operated from 1924 until 1970. More than 3 million Ford cars and trucks were produced — they came off the line with “Built in Texas by Texans” stickers. In 2007, Addison-based Holt Lunsford Commercial bought the plant and renamed it City Warehouse.

Oran M. Roberts Elementary was built in 1908. A new elementary school is in its place — it opened during the 2013-14 school year. Dallas ISD says the 98,000-square foot building is environmentally sustainable and has enough room for 800 students.

The Old Church serves as the meeting place for the Play and Learning Strategies program. P.A.L.S. is a home-based education program serving women and families with young children. It’s affiliated with Head Start of Greater Dallas and located across the street from the community center.

Vickery Wholesale Greenhouse is a long-standing business on East Grand Avenue.The greenhouse itself has been at the location since the 1940s.

The Community Garden, located at the corner of Bank Street and Parry Avenue, provides produce in an urban environment with limited access to fresh food.

Just a few minutes from the community center, Fair Park is the longtime home of the State Fair of Texas, as well as the Cotton Bowl.