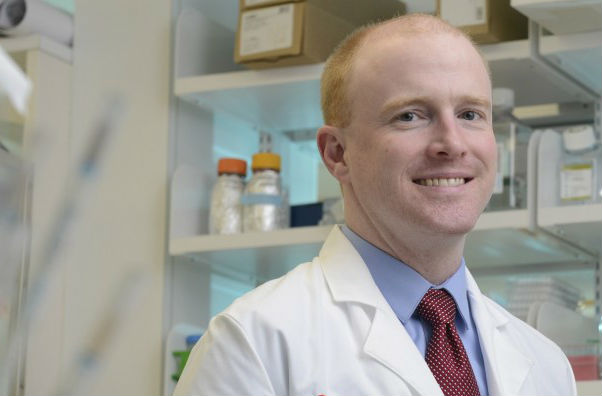 What Doctors Say About Cancer

The Promise Of Immunotherapy

For decades, standard cancer treatments have been surgery, chemotherapy and radiation therapy. In the last few years, though, something called immunotherapy has shown promise – especially for children. The therapy engineers patients’ own immune cells to treat their cancer. 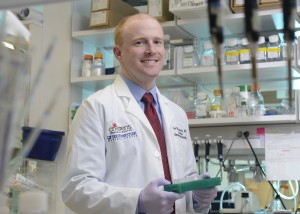 Would Immunotherapy replace traditional therapies, like chemotherapy or radiation?

What does genetic sequencing have to do with treating cancer?

“The idea behind looking at the genome of a patient’s cancer is that every one of your cells have DNA, but there are mutations in those DNA that cause your cell to become cancerous. So by looking at the specific mutations that are developing in the cancer we can identify what may have caused the cancer and therefore specifically treat that cause, rather than giving chemotherapy that kills every cell indiscriminately.”

Listen To The Conversation With Dr. Laetsch

Cancer’s Toll On A Kid

Cancer can take a toll on a kid’s physical health, but there are psychological effects, too. Many survivors experience anxiety, while some suffer from post-traumatic stress.

“Four- and 5-year-olds are not going to take up cancer the same way as a 7, 8, 9, 10-year-old,” Poppito said. “Because the developmental shifts that are occurring in their bodies, in their brains, are shifting. These little kiddos, they’re just exploring the world for the first time. They’ll understand cancer as not feeling very well and not being happy that they can’t go out to play. … But they look to their parents – if they’re angry, if they’re sad, if they’re nervous. They take on whatever the parents are experiencing of their cancer.” 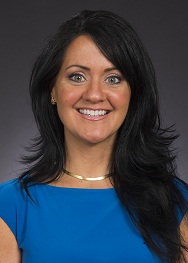 “There is something about having cancer that is ever present in your mind, that once you’ve overcome the cancer, you want to make sure you are doing everything in your power,” Poppito said. “So there’s this hypervigilance, this control to make sure that you’re doing everything to take care of yourself. Parents should just be aware of if the fears of contamination start affecting a child’s functioning. Preemptively, perhaps, have a child go see a psychologist … because, as a psycho-oncologist, I see patients that struggled with cancer at 5 years old that will come to me in their 20s having not worked through these fears of contamination and now it has become debilitating, and now they struggle with obsessive-compulsive disorder or they struggle with issues that were left unattended.”

“Teenagers will experience cancer, maybe some similarities to an 8 or 10-year-old, but different in the fact that stress will trigger a stress hormone called cortisol,” Poppito says. “Cortisol then, working together with estrogen, which females are having course through their bodies as a teenager, will spike this traumatic stress even more. On top of that, we have identity issues. So she’s trying to find her own sense of identity in the world. All of these bio-psycho-social underpinnings will impact how cancer develops this post-traumatic stress in the body, the mind and the spirit of a teenager.”

Listen To The Conversation With Dr. Poppito

Stories Of Survivors Of Childhood Cancer