In the rehearsal room at the Wyly Theatre, director Patricia McGregor consults with actors who’ll be rolling one door on — and off — during “St. Louis,” the show’s opening number. Then she shouts to cast and crew they’re ready for the run-through. She exhorts the performers to convey their different characters’ collective enthusiasm: “Think about all the images that we looked at yesterday of St. Louis 1910, full of possibility, where you want to go.” Then she counts off — “5! 6! 7!” — and the music kicks in. 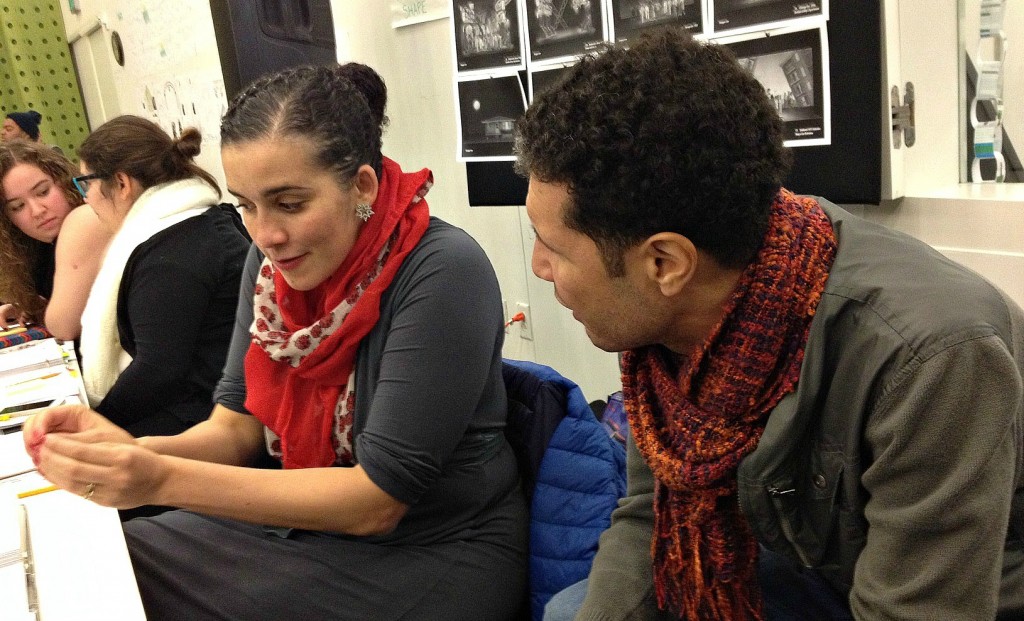 It’s been said of theater directing that it’s really just getting the right actor to go through the right door, holding the right prop. That’s often true with Stagger Lee. A lot of actors in it spend their time toting suitcases through doorways. That’s because the show follows several African-Americans over the decades of the 20th century as they move from Mississippi to find jobs in Harlem, build lives in Chicago. So there’s a lot of luggage being hauled around – and a fair amount of symbolic weight going with it.

“To me,” McGregor says, “those bags, what you carry with you, symbolize the optimism and the hope.” And doors, she admits, figure prominently in the show as well: “I’m always charting when is that door creaking open and you see a new opportunity and when is that door being shut in your face and you feel that frustration.”

McGregor’s presence in the director’s chair highlights a significant fact about the production. Stagger Lee is perhaps the most African-American show the Theater Center has ever staged. It’s not just that its 21-member cast is all African-American, half from New York, half from North Texas. It also has a black author, director, costume designer, composer, lighting designer and choreographer.

Such a set-up does change the fundamental experience of creating a show, she says — and creating this particular show. “To have something that is so rooted in African-American history,” Brown notes, “and to be in the room with so many black people working and singing and dancing telling our story is an amazing thing to be a part of.” 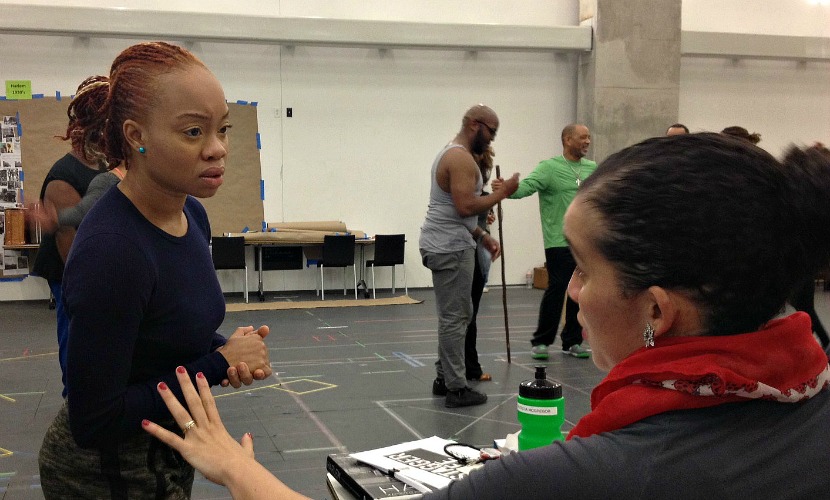 There are, for instance, very few African-American women directing Broadway-style musicals. For her part, McGregor is an SMU graduate, a Harlem-based theater artist who’s staged works for the New York Shakespeare Festival. On Broadway, she was associate director for the musical, Fela! But McGregor and Will Power, who wrote Stagger Lee, share the same agent, and he put the two of them in touch. So for almost two years now, McGregor has been working with Power on Stagger Lee.

McGregor points out Stagger Lee, the musical, tells perhaps our country’s quintessential story, the story of people struggling to gain the American dream. But it’s also very much a story of black music and black dance: the cakewalk, the Lindy hop, the jitterbug, breakdancing.

“One of the things I talk about with the cast and with the choreographer,” she says, “is like how do black bodies move through space? To me, the way people hold themselves in Mississippi is influenced by survival, by physical persecution on a daily basis. That’s different than when you get up to Harlem. Harlem people start to wear those zoot suits, it becomes diagonal, it becomes about taking up space.”

“I said [to the cast] if this happened to be the last piece I was ever able to do, I would feel incredibly grateful because it does everything theatrically – and politically – that I ever want a piece to do.”
Patricia McGregor, director

So over the course of creating Stagger Lee, the cast has had to learn to sing in different black musical styles, to move differently in period dances. In a way, Stagger Lee, the show itself, is another one of those doorways they must get through. A big one.

“I would say this [show] speaks to how far we’ve come and how much farther we need to go,” McGregor says, “because decade after decade, it feels like we’re facing some of the same challenges, even as percentages of us get to the idea of that dream, there’s still a long way to go.”

The rehearsal’s run-through of the “St. Louis” opening sequence ends on an uplifting note — as the characters exult in their big-city dreams. The entire cast sings triumphantly, “To our brand-new shiny day! Headed there unto that place, St. Louis. St. Louis!”

McGregor applauds. “Now that’s how you end an opening number.” 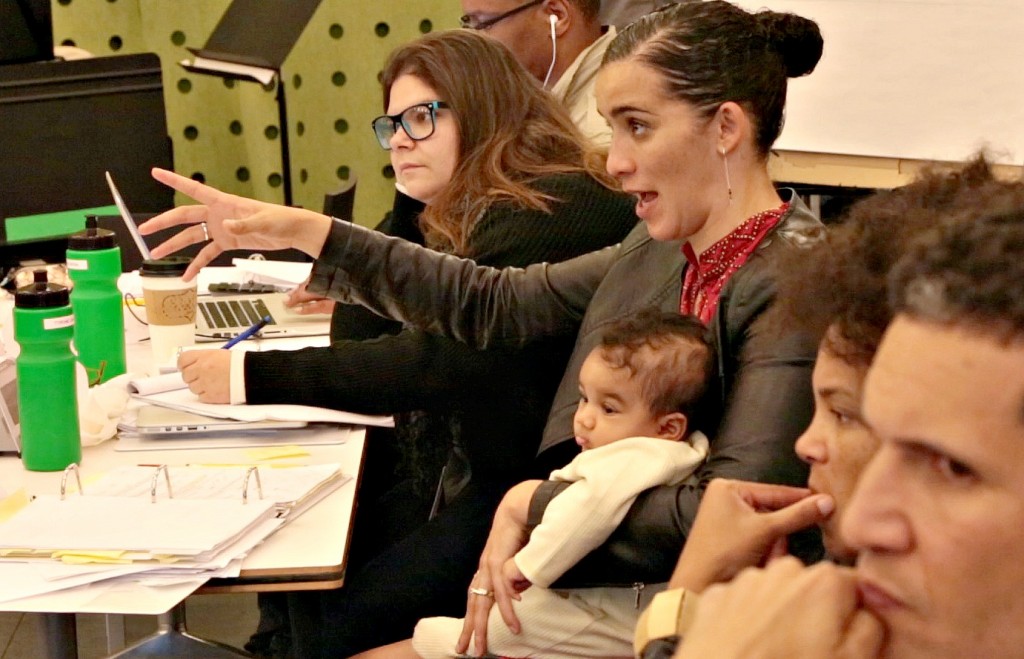 The Race to Opening Night

Will Power Interviewed on KERA's Think