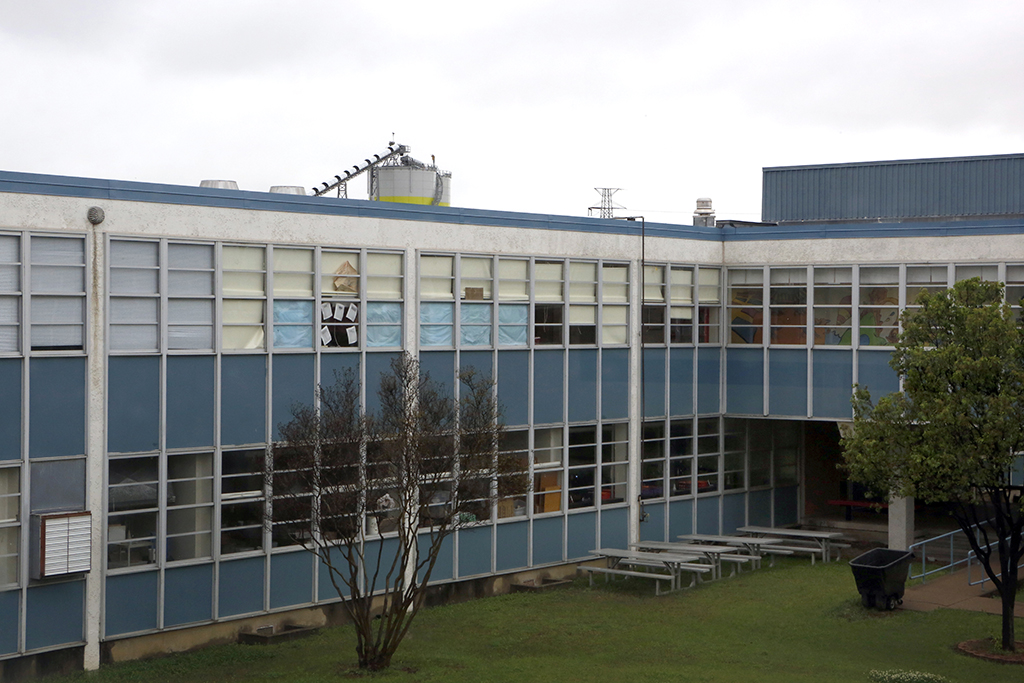 The courtyard at Thomas A. Edison Middle Learning Center in Dallas on March 28, 2018. Photo: Lara Solt
The KERA Radio story

A few years back, the Dallas school district came up with an ambitious plan to save failing schools. Accelerating Campus Excellence, or ACE, pours money and the best teachers and principals into struggling schools. With Fort Worth, Garland and Richardson borrowing the idea for their failing schools, can ACE work on a larger scale?

KERA’s Rick Holter talked with Dottie Smith, the managing director of the Best in Class Coalition, which includes the education nonprofit Commit and the Communities Foundation of Texas.

“A higher rate of staff turnover is pretty common,” she said. “More teachers who are brand new to the profession and students who are growing up in households that don’t make a lot of money.”

Listen to the interview in the player at the top of this page.

On whether ACE can scale up to hundreds of schools:

We’ve seen tremendous results from the model implemented in 2015. Thirteen hundred dollars per student is well worth the investment given the return we’re going to see. This is a chronic cycle that we see in education: How do we make sure that our schools are getting what they need and the kids with the biggest burdens and who are just as capable as their affluent peers? To level the playing field we need to give some kids more.

ACE: In 2015, Dallas ISD launched the Accelerating Campus Excellence (ACE) initiative. The plan incentivizes highly rated teachers and principals to work at the district’s lowest-performing schools. The program also extends the school day, provides students with uniforms, adding before and after-school activities and serving three meals a day. Six of the seven initial ACE campuses in Dallas ISD have gone from “Improvement Required” to “Met Standard.” Garland ISD and Richardson ISD have recently implemented the ACE program at their schools. However, the original program is becoming expensive to sustain at Dallas ISD. More on ACE here.

On whether schools can maintain their progress they roll off the ACE program:

The systems are in place in those campuses; the talent is there. The perception of those schools are different. The human capital paradigm is completely different so I’m hopeful and I’m rooting for these kids and teachers that the success will maintain, and time will tell.

On the criticism of being a “white savior”:

It’s a fair observation. As someone who’s been in this work a while — and I’m a white woman — I’ve definitely learned to be a better listener and I learned that lesson, in some cases, the hard way. We see that our teacher workforce doesn’t look like our kids and that matters because there’s a growing body of research that shows that students do far better academically when they are taught by a teacher that looks like them. There’s significant effort in my own work to recruit candidates of color into the field and I would say that we have a lot of work to do to get that right. 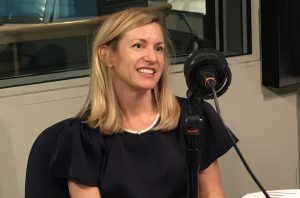 On whether ACE can turn the tide on failing schools without financial help from Austin:

I don’t think so. If we’re going to meet our goal of seeing 60 percent of our young adults aged 25-34 with a post-secondary degree, which is critical to attracting businesses, we have to make sure that they’re prepared for college and career. That takes an investment.

This interview has been lightly edited for length and clarity.

Note: The Communities Foundation of Texas is a financial supporter of KERA’s One Crisis Away Initiative.

Edison Middle Learning Center in West Dallas became one of the first seven ACE schools in Texas when Dallas ISD launched the program in 2015. After the first year of the program, six of those struggling schools turned things around. The only exception was Edison. Read more here.

Under Pressure To Improve, Arlington School Starts With 'Good Things'