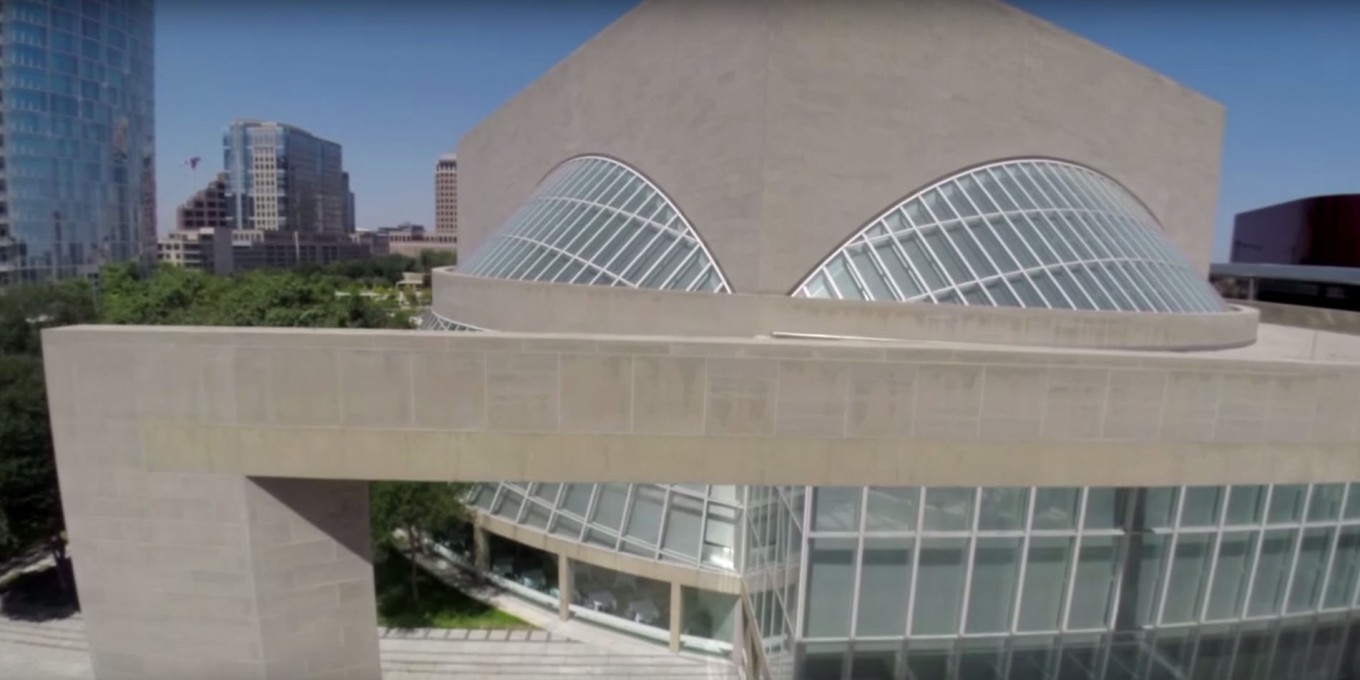 Guide To The Site

Welcome to Secrets of the Meyerson, a special project from KERA’s Art&Seek.

September 2014 marks the 25th anniversary of the Morton H. Meyerson Symphony Center. Designed by architect I.M. Pei and acoustician Russell Johnson, the Meyerson is home to the Dallas Symphony. On this site, you’ll go behind the scenes to explore areas of the building that the public rarely sees, and learn more secrets.

We hope you enjoy discovering the secrets of the Meyerson.

Who you will meet on this site: 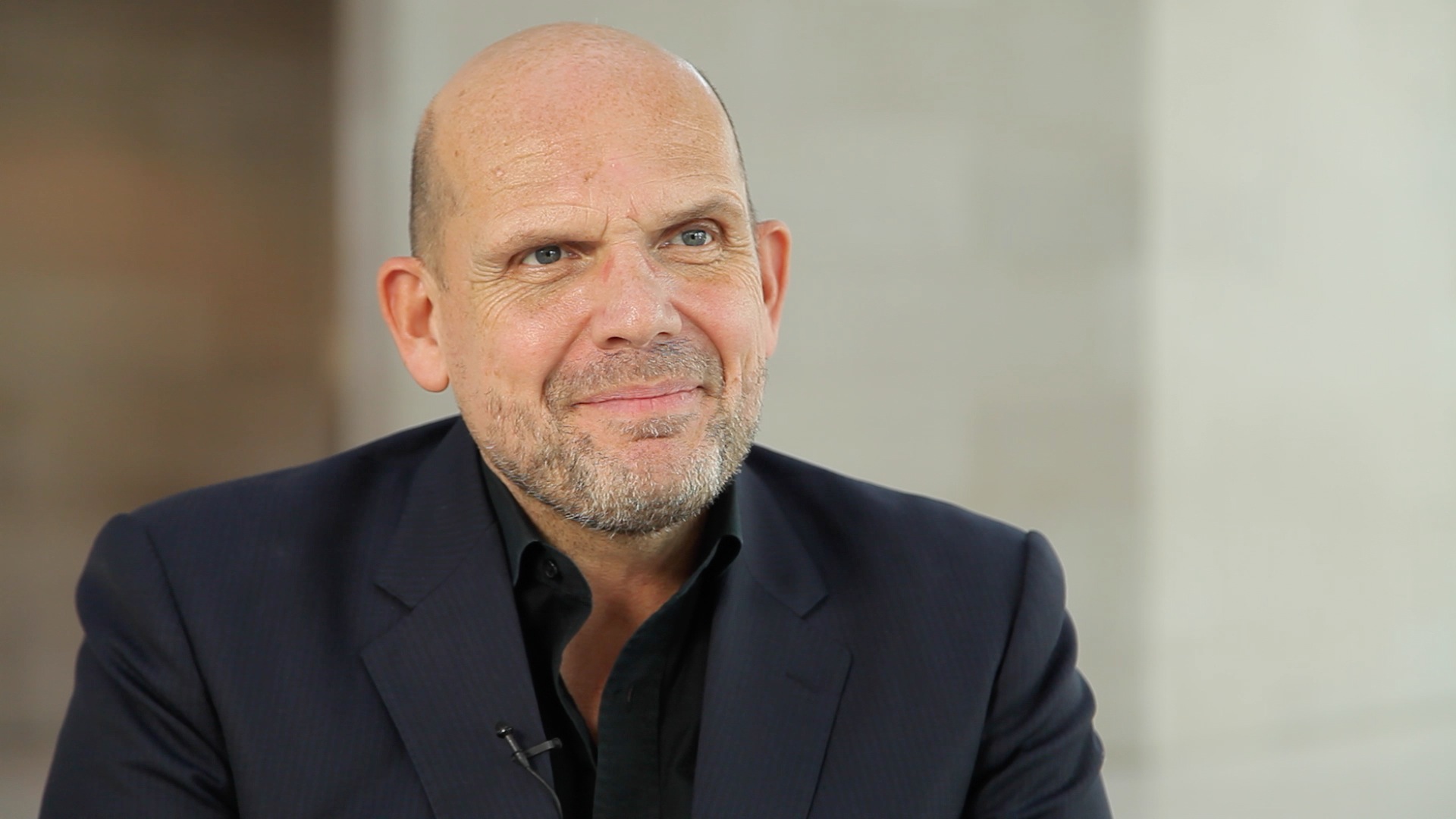 Chairman of the Building Committee
Appears in: An Interview with Mort Meyerson, Five Key Questions 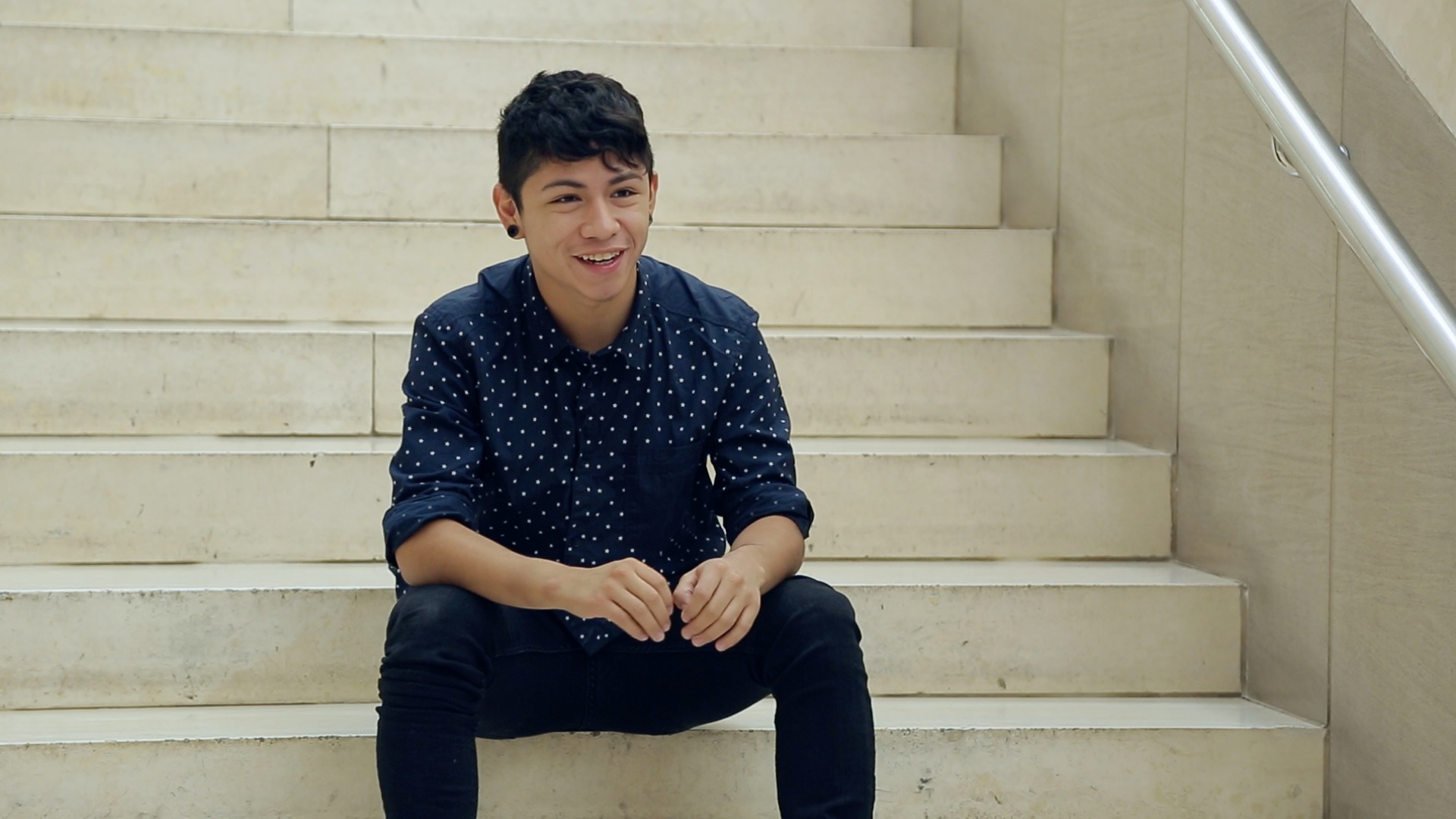 Vargas attends La Sierra University in California, where he is pursuing a performance certificate. He has played the cello with such ensembles as the Greater Dallas Youth Orchestra, the Meadows Symphony Orchestra at SMU and the Allen (Texas) Philharmonic. A graduate of Booker T. Washington Arts Magnet High School, Vargas began his cello studies in 2009 with DSO cellist Mimi Allegan McShane through the DSO’s Young Strings Program and continued them with Andres Diaz at SMU. He has also spent summers at the Apple Hill Center for Chamber Music in New Hampshire. 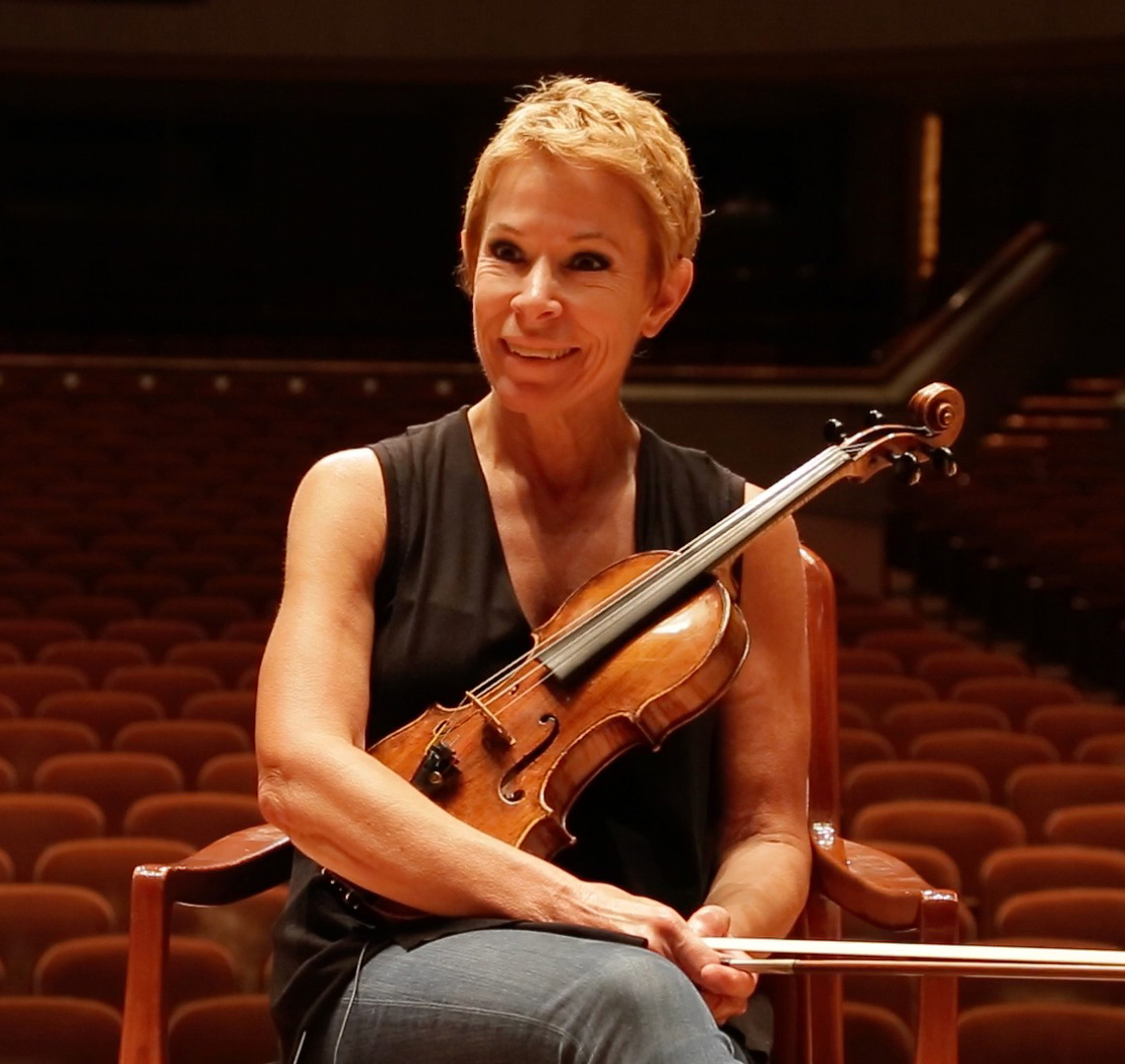 Diane Kitzman Kitzman joined the Dallas Symphony Orchestra in 1981. She is a graduate of the Interlochen Arts Academy and the University of Michigan. Before joining the DSO, Kitzman was principal second violin of the Grand Rapids Symphony and second violin of the DeVos String Quartet. She is an active chamber music performer and teacher in the Dallas area, and has performed with Chamber Music International and the Dallas Bach Society. Kitzman also served as acting concertmaster of the Dallas Symphony Orchestra in 2001 and interim associate concertmaster in 2010-2011. She is an adjunct professor of violin at Southern Methodist University. 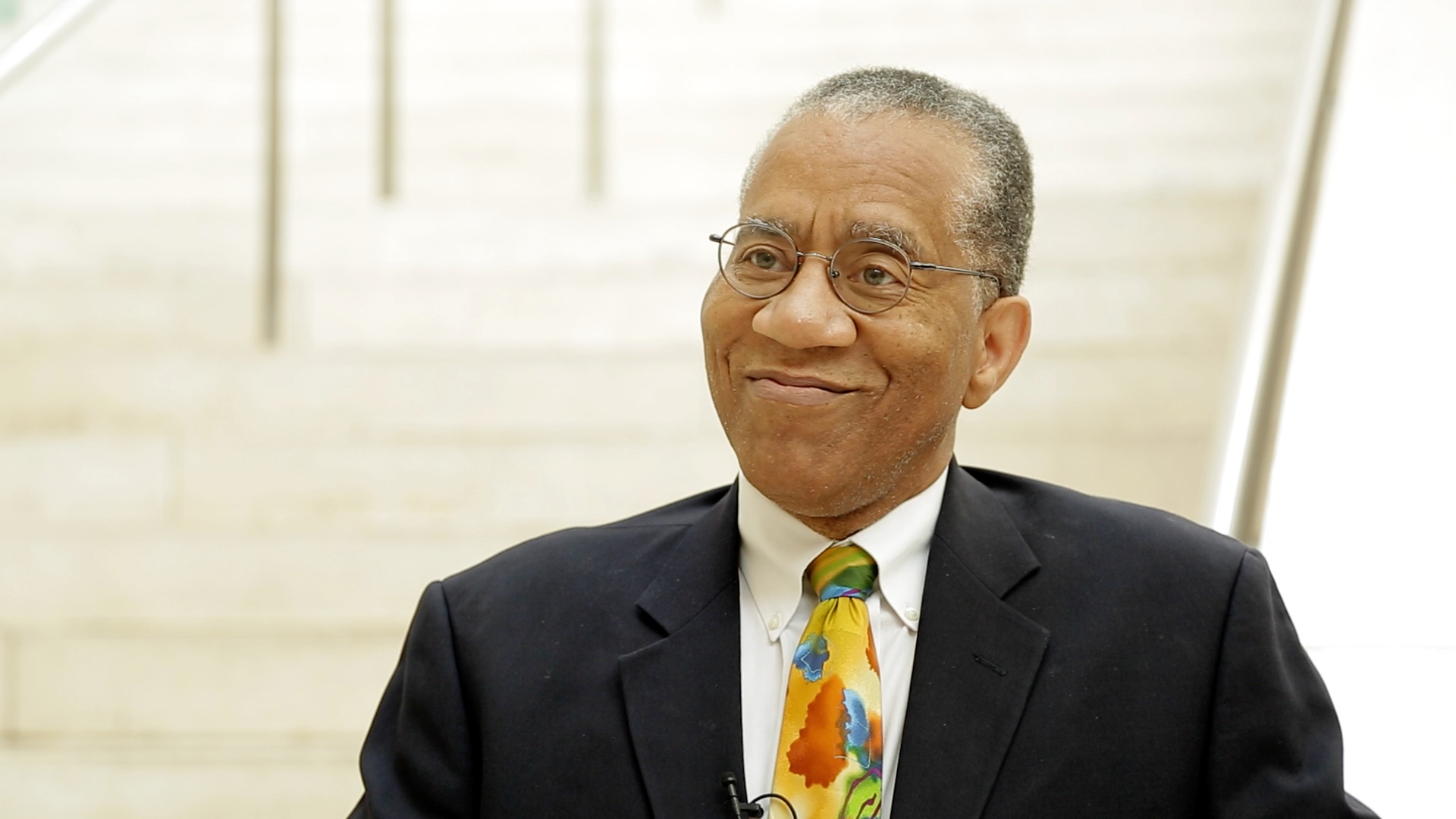 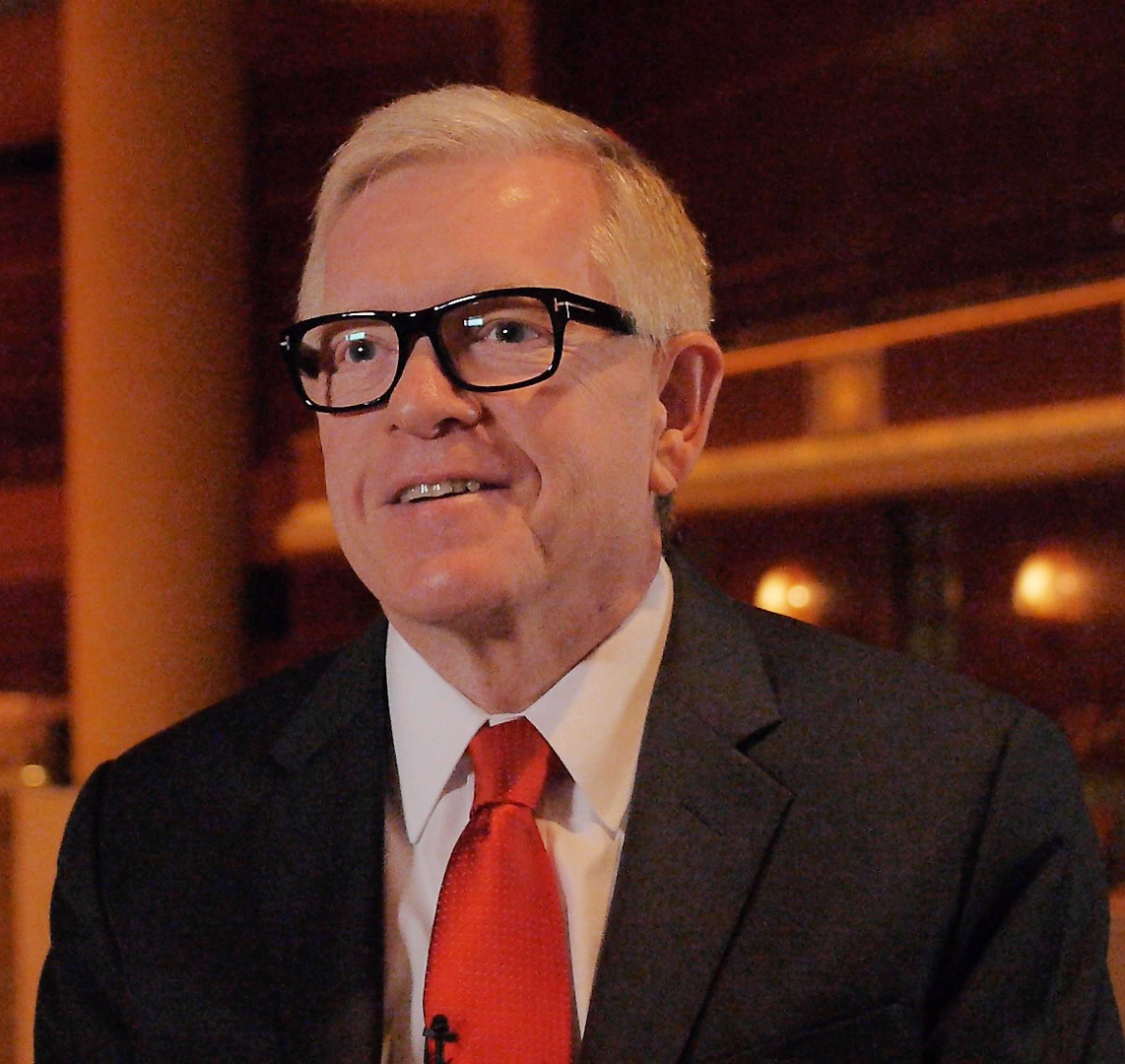 Jonathan Martin has led the Dallas Symphony Orchestra since July 2012. Martin previously served as the President and Executive Director of the Charlotte Symphony Orchestra from 2008 to 2012, and, prior to Charlotte, Martin served for nine years as the General Manager of the Cleveland Orchestra, where he successfully managed 22 domestic and international tours and residencies and helped develop and launch its groundbreaking ten-year residency program in Miami, Florida. Before beginning his tenure at the Cleveland Orchestra, Martin served as Executive Director of the Spokane Symphony from 1995 to 1999. A native of Atlanta, Martin holds a Bachelor of Music degree from Georgia State University and began his career at the Atlanta Symphony Orchestra, where he served in five different positions over 14 years. He has served as Chair of the League of American Orchestras’ Executive Directors for Group II orchestras. 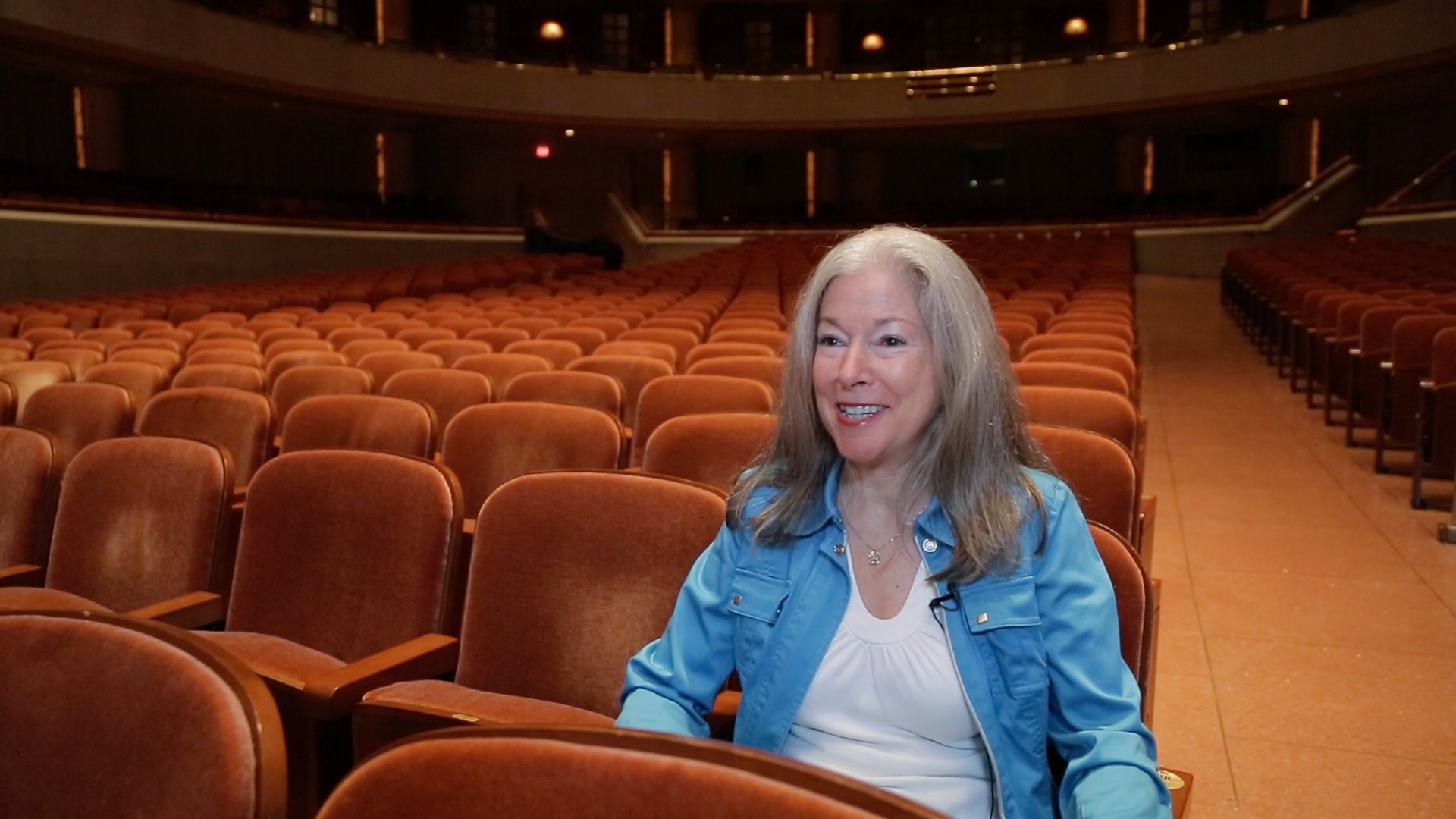 Shulman is the author of The Meyerson Symphony Center: Building a Dream (University of North Texas Press, 2000). She holds a B.A. from Syracuse University and an M.A. and Ph.D. in historical musicology from Cornell University. She is a well-known program annotator for orchestras and an author of CD liner notes. Her writing has appeared in The New Grove Dictionary of Music and Musicians, The New Grove Dictionary of Opera, Tempo and Chamber Music Magazine. She has also written on sports, travel and early childhood education. An active amateur pianist, Shulman and her husband live in Dallas. 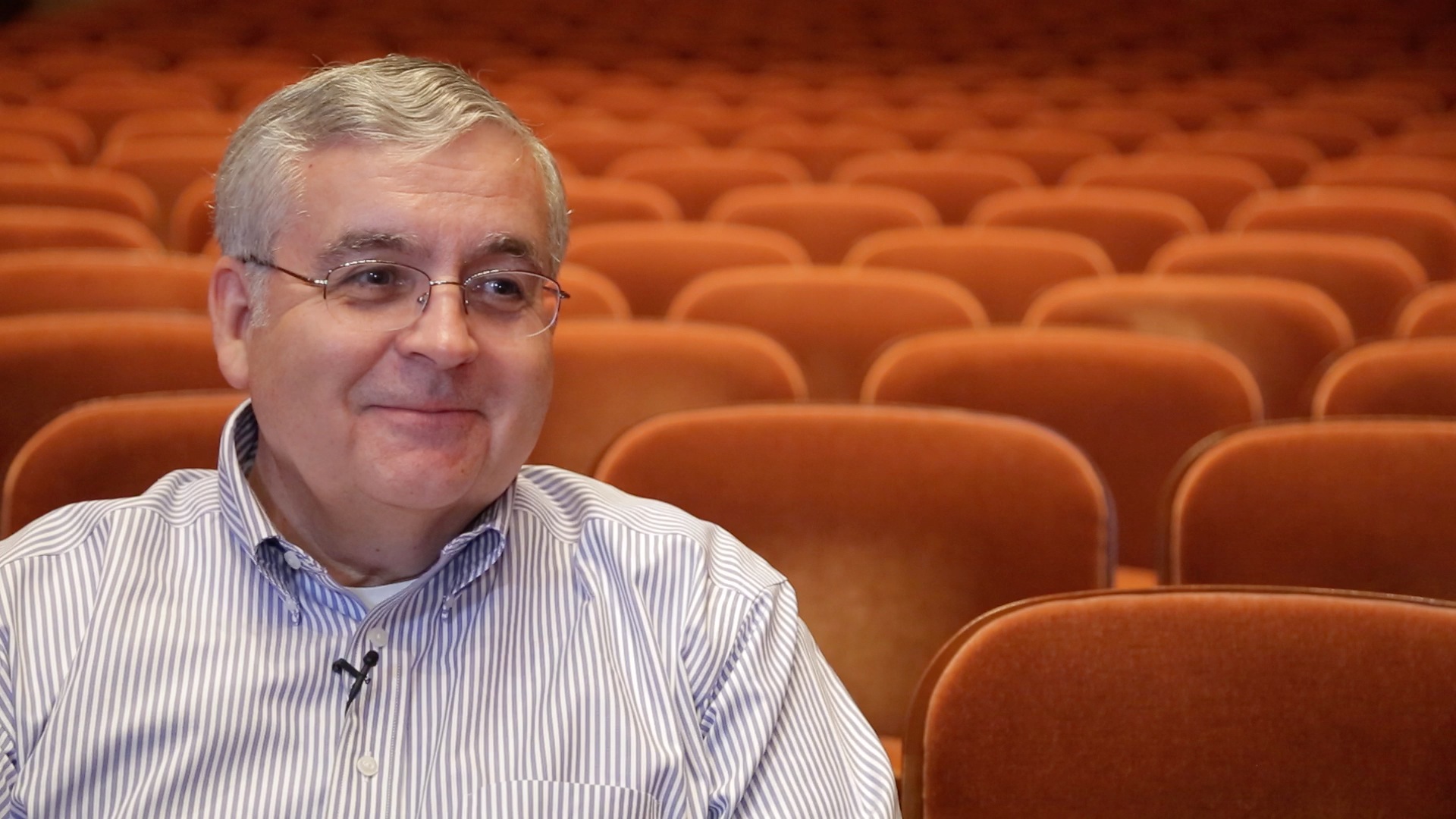 Mark Melson served on the Dallas Symphony staff from 1985 to 2011, the last 14 years as Vice-President of Artistic Operations. He is currently President of Melson Arts Consulting. During his tenure with the Dallas Symphony he served on two music director search committees, oversaw the hiring of assistant conductors and chorus directors, and managed concert tours to Europe, Asia, Mexico and Carnegie Hall. He also gave many of the Dallas Symphony pre-concert lectures and  spoke frequently about the Dallas Symphony to community groups. From 1991 to 2005 he was adjunct faculty in the SMU Arts Management program. Melson currently hosts a weekly classical music program, “Behind the Classics,” for the North Texas Radio for the Blind and serves as a consultant to the Dallas Symphony. 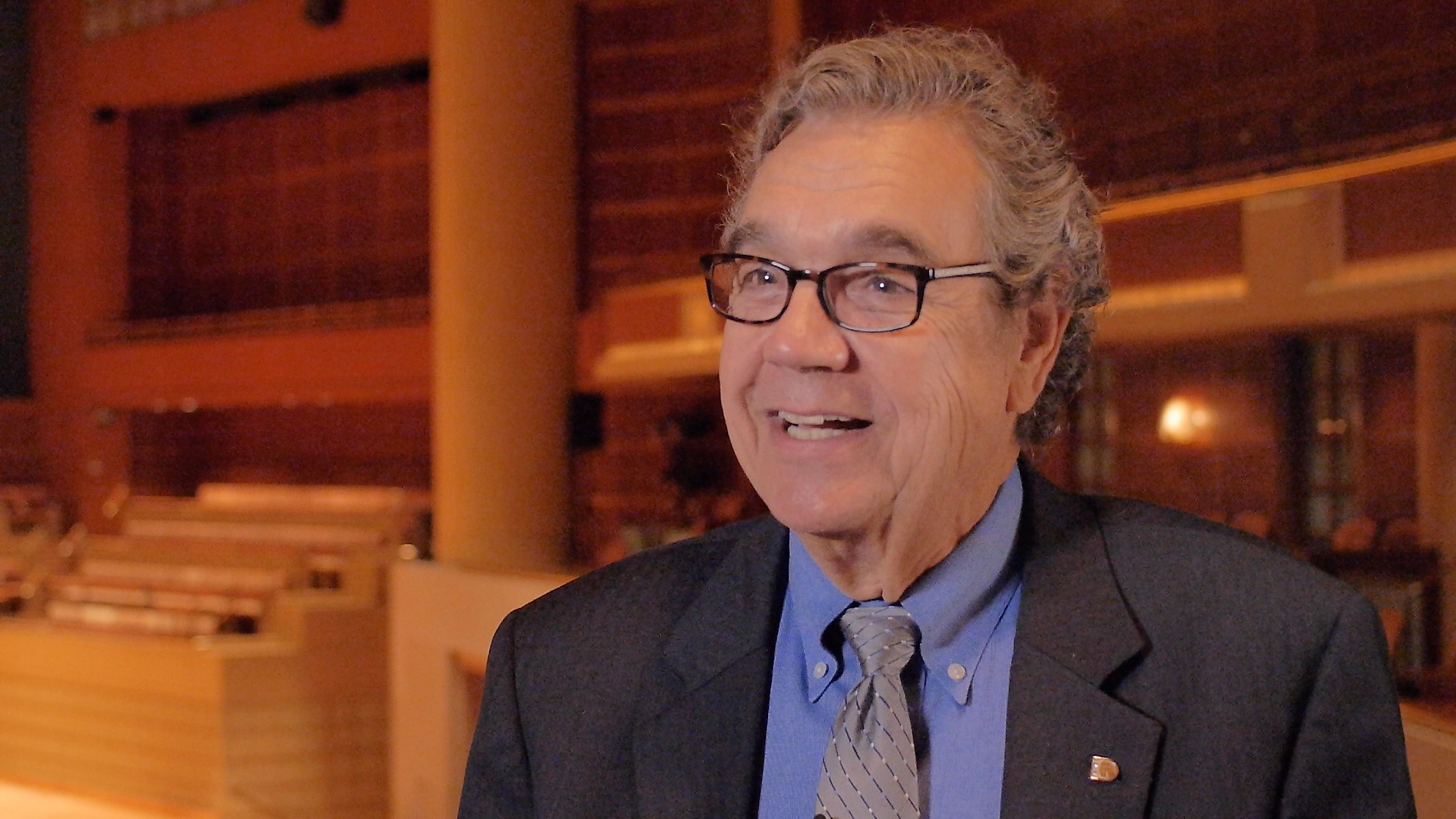 A Dallas native, Studdard has spent the last twenty years managing City-owned performing arts and special events venues, working in the Office of Cultural Affairs and the Park and Recreation Department. He has previously served as Managing Director of the Music Hall at Fair Park and as Events & Sales Manager for Fair Park Administration. He earned MBA and BBA degrees majoring in Finance from the University of Texas at Austin. Les has enjoyed a career in music facilities management, including January Sound Studios, a major music production/recording studio, and is a past voting member of the National Academy of Recording Arts & Sciences (Grammies). 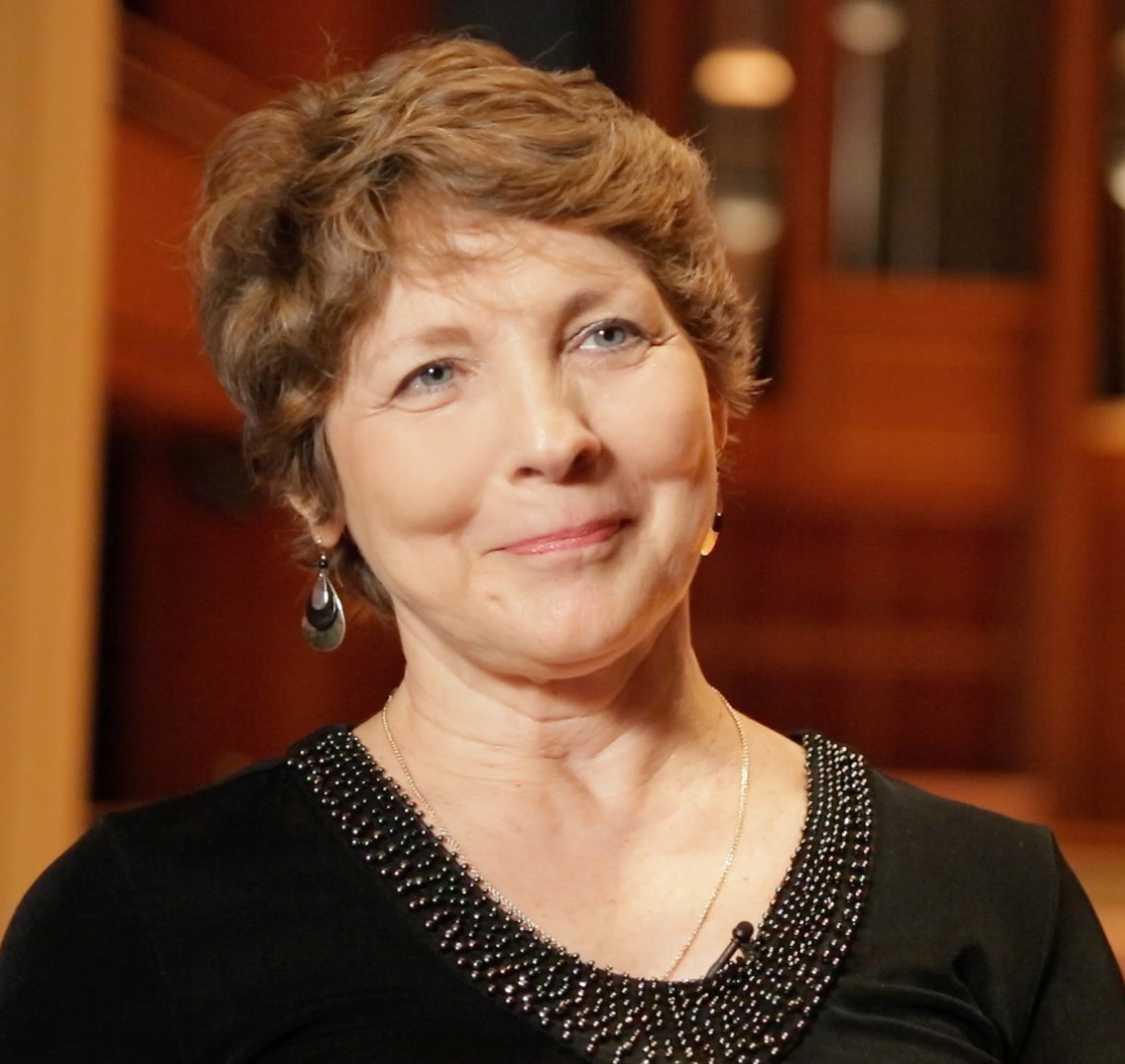 Preston is the curator of the Lay Family Concert Organ. Preston also serves as Director of Music and Organist at St. John’s Episcopal in Dallas. And her performances have been heard numerous times on NPR’s “Pipedreams.” Preston has performed in San Francisco, Chicago, Dallas, Salt Lake City, Cleveland, Pittsburgh, New York, Ottawa, and Los Angeles and throughout Europes. She appeared at Notre-Dame de Paris by special invitation of the late Pierre Cochereau and has performed at New York’s Riverside Church. Ms. Preston graduated with honors and received her Master of Music degree from the University of North Texas and continued post-graduate study at the Eastman School of Music. 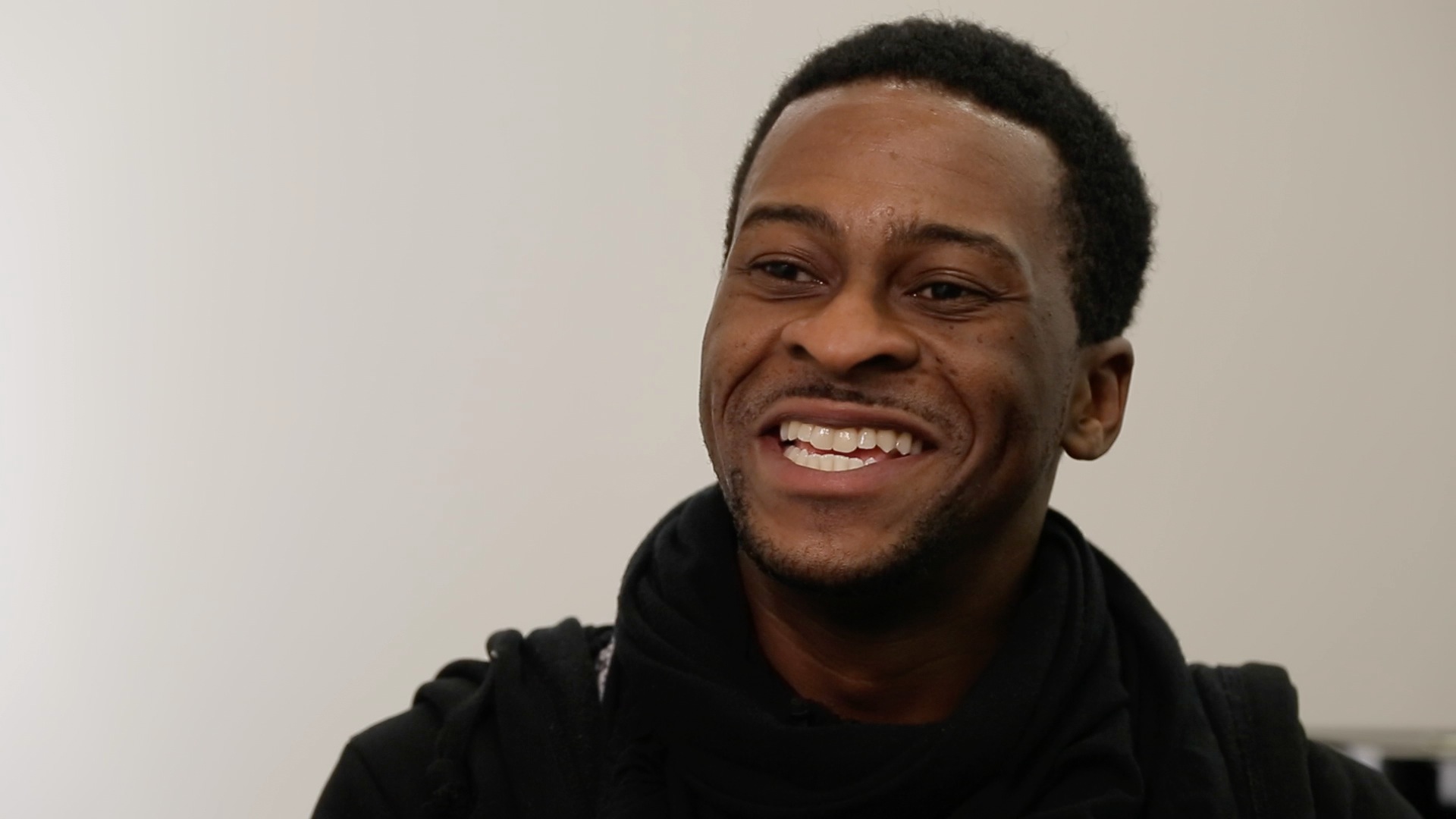 Myers has been a choral director with the Dallas ISD since 2005 and is currently the director of opera for the Booker T. Washington High School. As a baritone, Myers has sung with Deutsche Oper Berlin, the Lyric Opera of Chicago, Dallas Opera, Turtle Creek Chorale, Pittsburgh Symphony, the Minnesota Orchestra and the Denver Symphony. Myers was an inaugural member of the Dallas Opera Young Artist program. He holds degrees from the University of Tulsa and Mannes College of Music and was a recipient of both the Richard F. Gold Career Grant and an American-Berlin Opera Foundation Scholarship. Additional career highlights include performing in the movie Everyday People and on the soundtrack of the movie, Kingdom Come, with Whoopi Goldberg. 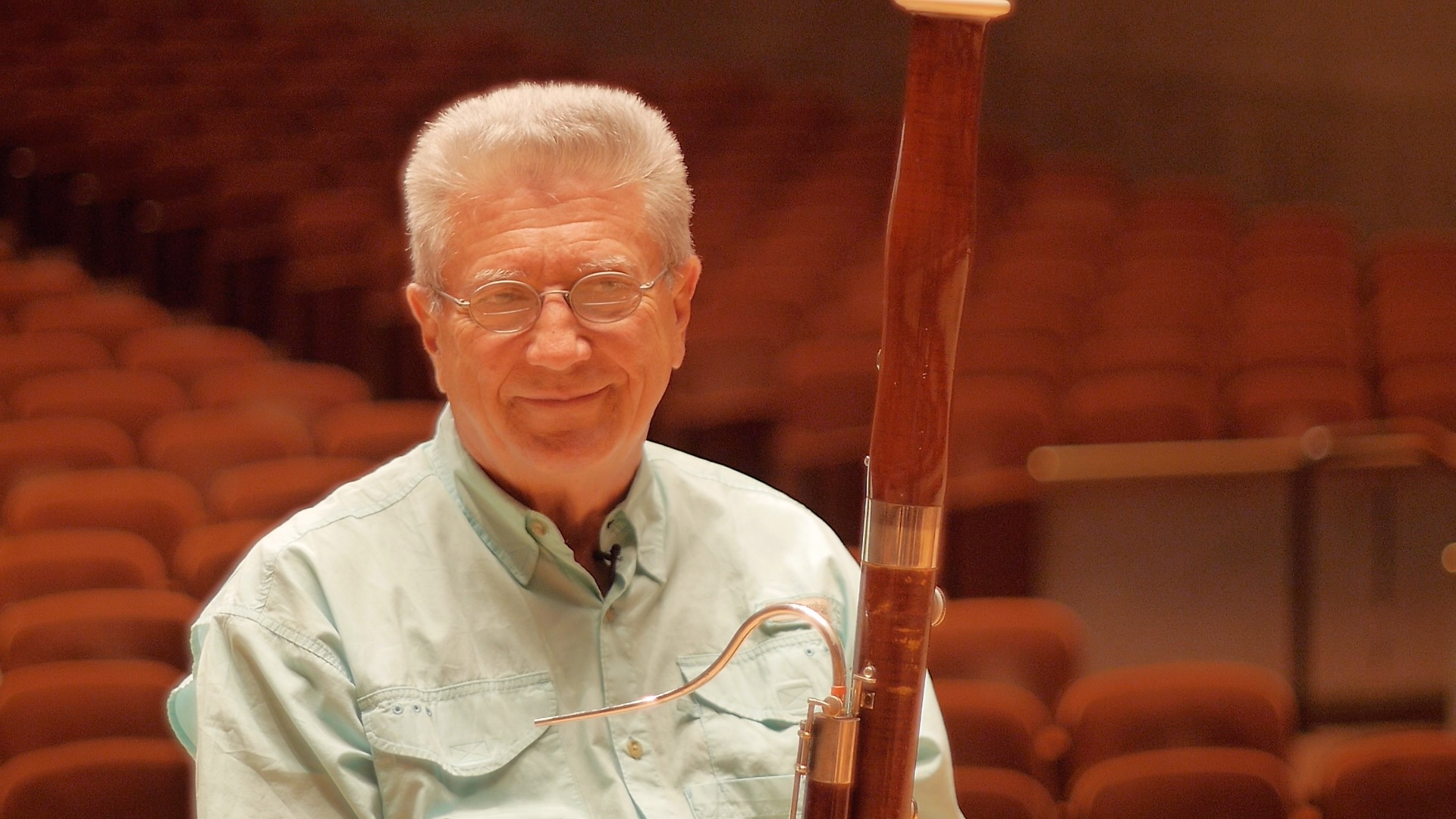 Wilfred Roberts has been principal bassoon of the Dallas Symphony since 1965. He graduated from Oberlin Conservatory and also studied at the Mozarteum Academy in Salzburg, Austria. Before beginning his career in the United States, he served as principal bassoon of the Camerata Academica Orchestra of Salzburg. He is on the faculty of Southern Methodist University and has served on the faculties of the University of Indiana, University of Michigan and University of North Texas schools of music, and has performed in major summer festivals throughout his career.

From The KERA Archives