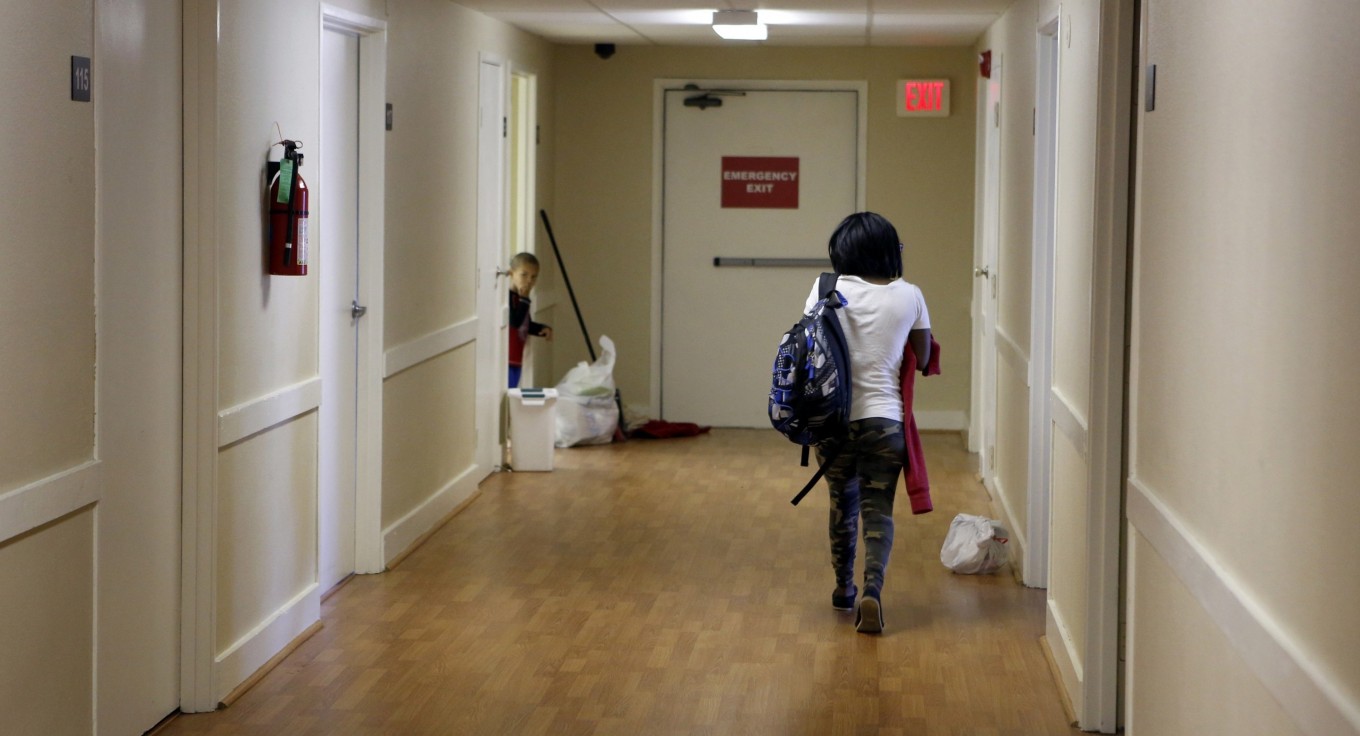 A hallway at The Samaritan Inn in McKinney, a homeless shelter in Collin County. Photo/Lara Solt
The KERA Radio story

About 110,000 children in Texas are considered homeless — many live with relatives or couch-surf at a friend’s place. Some even live on the street. Others live in homeless shelters. Learn what it’s like to be a student without a home in one of Texas’ wealthiest counties.

The moment she walked into class, she was behind.

“When I came here from South Dakota, they were ahead of us and I haven’t learned it,” she said. “I started failing. It started frustrating me. And it got to the point where I couldn’t eat no more. I couldn’t sleep.

Sylvia’s family was struggling, too. 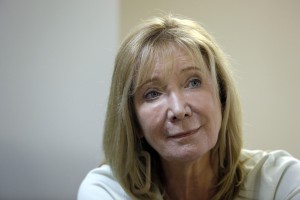 Lynne Sipiora is the executive director of The Samaritan Inn in McKinney. Photo/Lara Solt

In the two years since her freshman year in Rapid City, her financially-strapped family bounced around. They lived in Richardson, McKinney, and back to South Dakota. That’s when they got word that a spot had opened up in The Samaritan Inn, a homeless shelter in McKinney in Collin County. It used to be a minimum security jail.

The Samaritan Inn, founded in 1984, calls itself the largest homeless program in Collin County. Smaller shelters in the county take in homeless kids, but no one focuses on adults and families the way Samaritan does.

She uses the word “insanity” because Collin County, just north of Dallas, is among the wealthiest counties in Texas.

“And that is an obstacle I have to get around everywhere I go,” Sipiora said. “But I have gotten around it because I have the numbers to back up the need: Always full.”

Inside The Samaritan Inn

Today, the Torres family has a small room in the family wing of The Samaritan Inn — bunk beds, lockers and a tiny bathroom. 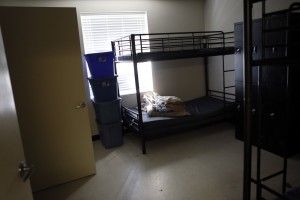 Inside one of the rooms at The Samaritan Inn in McKinney. Photo/Lara Solt

Down another spoke of a hall are rooms for women. Another wing is for men. The central desk is the hub of the shelter’s design. There’s a cramped computer lab, small kitchen and dining room.

A federal law, the 1987 McKinney-Vento Act, requires all public schools to educate homeless kids. It has nothing to do with the North Texas town — it’s named after two late Congress members.

Barbara James, who runs the Texas Homeless Education Office in Austin, explains who qualifies: “Children that are living in shelters, in motels or hotels, kids that are sleeping on the streets. Kids that are sleeping in places considered unfit for habitation, and the largest category of all, children and youth that are doubled up with family or relatives.”

Kids who are doubled up with family account for up to 70 percent of the state’s homeless kids.

When Sylvia lived with her uncle, she fit that category.

Click on each marking on the map to see how many homeless students were enrolled in North Texas school districts during the 2013-2014 school year.

It’s up to school districts to identify homeless students. 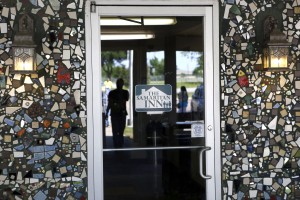 The entrance to The Samaritan Inn in McKinney. The organization was founded in 1984. Photo/Lara Solt

It starts with a simple questionnaire.

“It just asks questions. Are you living with parents or not?” says P.J. Holland with the McKinney School District. “Are you living in any of these situations? One is ‘I live on my own.’ The second one is ‘I live with another family due to economic hardship.’ Another one is ‘my house doesn’t have running water, or electricity.’”

Other than support services, school for homeless kids is pretty much the same as for anyone else. It’s up to each district to get homeless students to and from school, Sipiora says.

“We have about 15 school buses that show up every day taking kids all over the county,” she says. “Or you can use The Samaritan Inn as your permanent address and go to the school you would go to if this is where you lived all the time.” 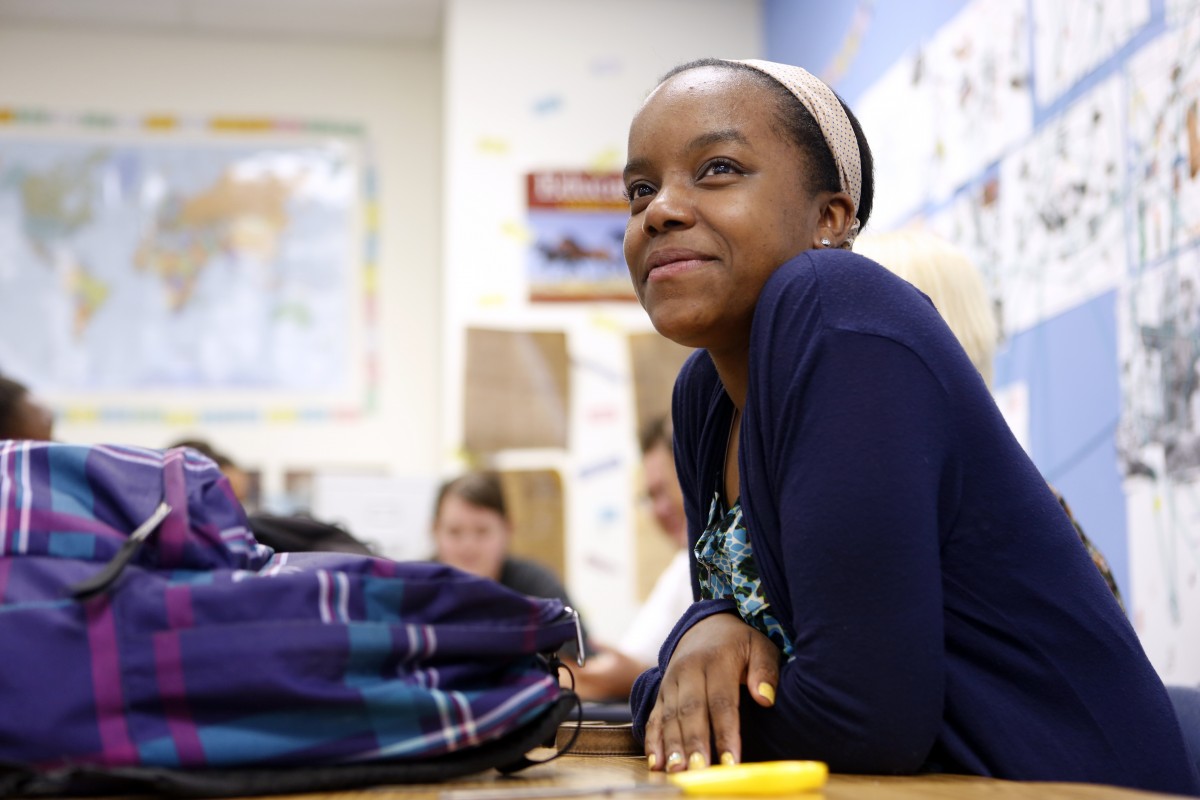 It’s how Sierra Mickell ended up there, too, after her mom got evicted from their Plano apartment.

“I just assumed, like, you know, on TV and stuff, when people go to a shelter, you see … homeless people,” Sierra says. “I just kind of stereotyped it into my head it was going to be a place with gross people.”

Sierra, who’s 18, had never been in a shelter before. But she likes Samaritan. Under McKinney-Vento, she gets food, clothing, tutors, counseling, physicals and annual shots – all the necessities to graduate.

The senior has since moved in with a friend while her mom works in New York. Sierra wants to be a teacher for the hearing impaired. Her sister wears a hearing aid.

“Even though we were struggling, I just grew up being told that education is key,” Sierra says. “So, to me, that was more important — to finish school and focus on keeping my grades good.” 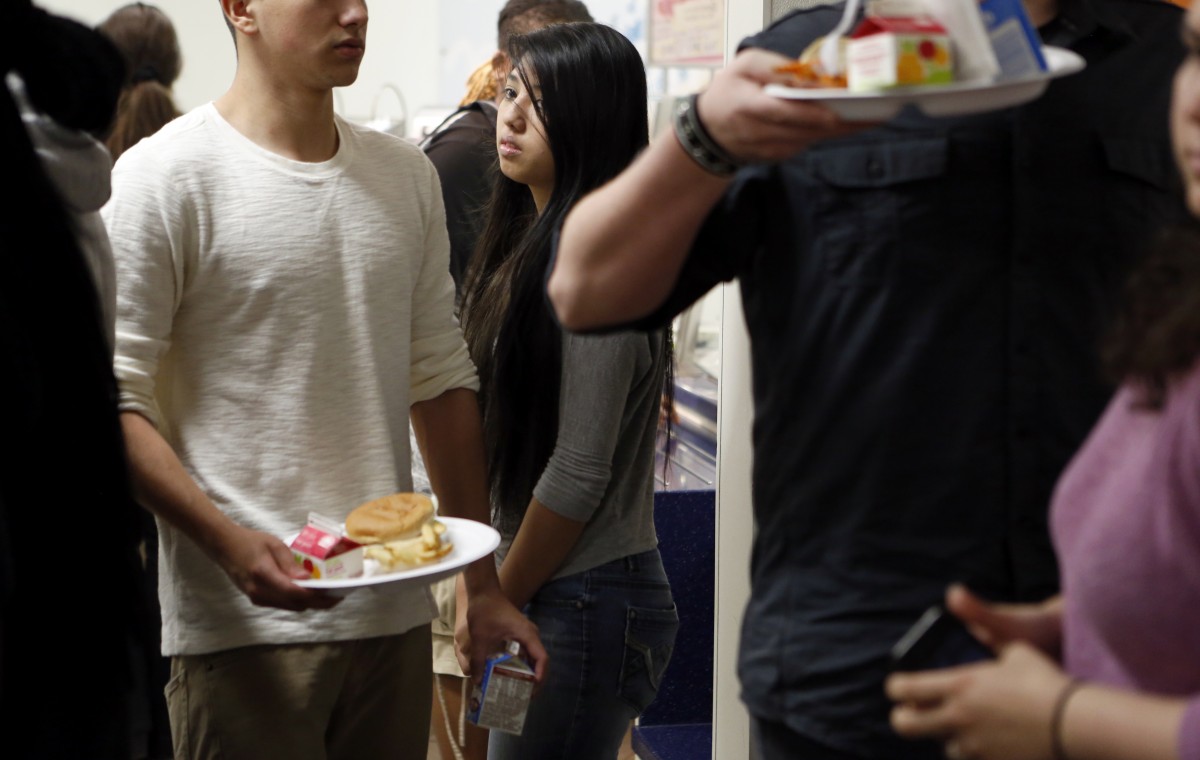 ‘I thought I was the only one’

Meanwhile, Sylvia still struggles with some classes. She’s determined to be a mechanic, like her dad. She’s learning to beat stereotypes – that girls can’t fix front-drive axles or change truck tires.

“I wanted to prove them wrong,” Sylvia says. “How they said that girls can’t lift tires. I proved them wrong. It was [a tire for] a truck. The tire went up to my chest, and I was like, ‘Oh. OK.’ I tried and I got it.”

There’s more she wants to accomplish, like beating the homeless stereotype.

Sitting across from Sierra, she learned she’s not alone.

“You know, I’m not going to lie,” Sylvia says. “I’m glad I met her. Because I thought I was the only one that lives in a homeless shelter. I never knew there were other kids like me.”

At McKinney North, there are 171 other students just like Sylvia: homeless in high school.

I thought I was the only one that lives in a homeless shelter. I never knew there were other kids like me.
Sylvia Torres, a McKinney North High student

Coming Up In Our Series

Meet Desmond Davis, a senior at North Dallas High School. He’s the Bulldogs’ drum major, and plays in the band. He runs track and wrestles for the school. He’s also homeless. Read Chapter 2 of American Graduate: Homeless In High School. 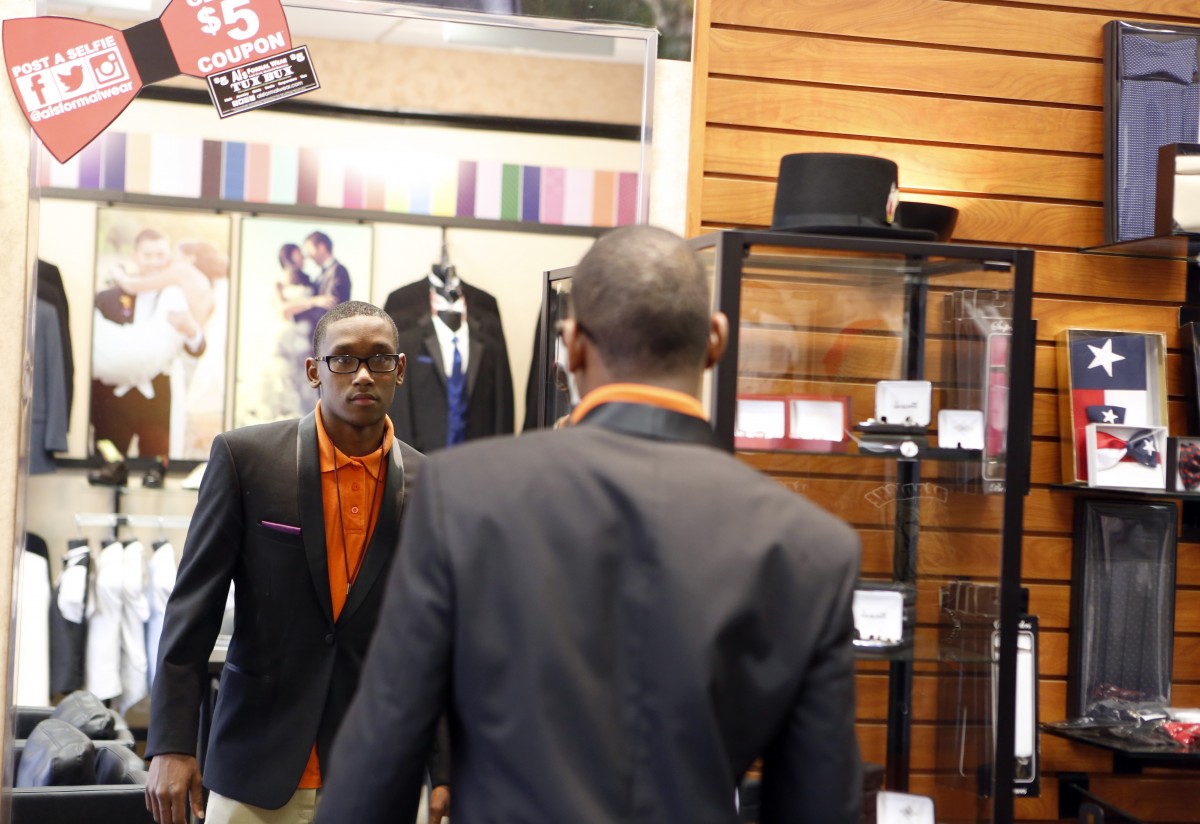 Desmond Davis, a North Dallas High School student, tries on a tux for his prom at Al’s Formal Wear in Dallas. Photo/Lara Solt

'Moving From Place To Place’