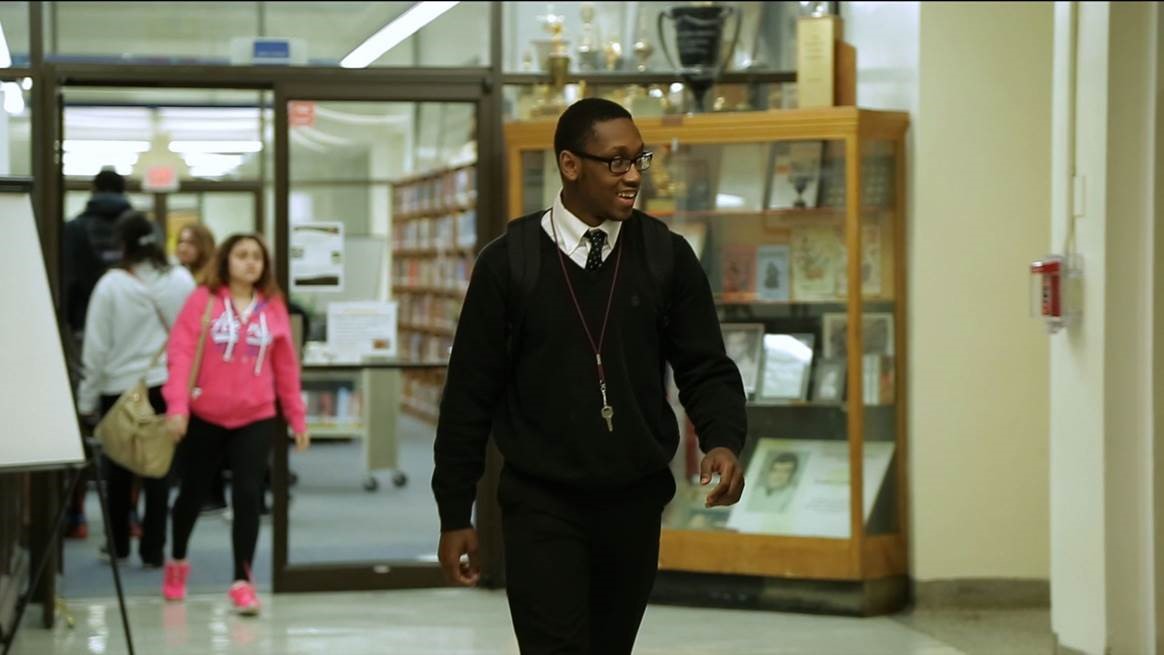 Desmond Davis is one of those 18-year-olds that schools like to brag about: He’s a runner, wrestler and drum major. He’s graduating from North Dallas High School in June and he’s heading to college in the fall. Desmond just happens to be homeless.

Through much of elementary school, home life was tense for Desmond Davis. Playing baritone horn in the school band turned out to be a safe place.

“At the time I was playing to, I guess, escape what was going on when I was at home,” he says. “School was like another home.”

“That was a place where I know I can express myself truly and fully,” he says. “And when I got into band, I felt like that’s another family.” 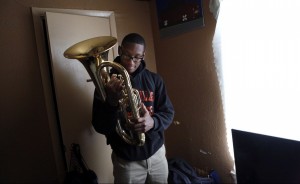 Family matters to Dez. So does survival.

His mom and dad divorced by the time he got to middle school. Before that, he lived in South Oak Cliff. Life was scary.

“In the area I grew up in, where I stayed with my mom, most of those kids don’t even make it out of high school,” he said. “And I said to myself: ‘I can’t be like all these other kids that’s around my neighborhood.’ For the most part, I just don’t want to be a statistic.”

After his parents split, Dez says dad got custody based on his mother’s neglect. With his father, he moved out of Oak Cliff. But dad’s a long-distance truck driver, gone for weeks at a time.

Dez had to find other places to live.

“So for the past six years, I was moving from place to place to place,” he said. “I’ve been to a total of 12 houses during that time period.”

The Dallas Independent School District classifies Dez as homeless. He never spent a night on the streets, but came close. He’s among the 70 percent of homeless kids in Texas known as sofa surfers, staying with relatives, cousins or friends.

For the most part, I just don’t want to be a statistic.
Desmond Davis, who's graduating from North Dallas High School 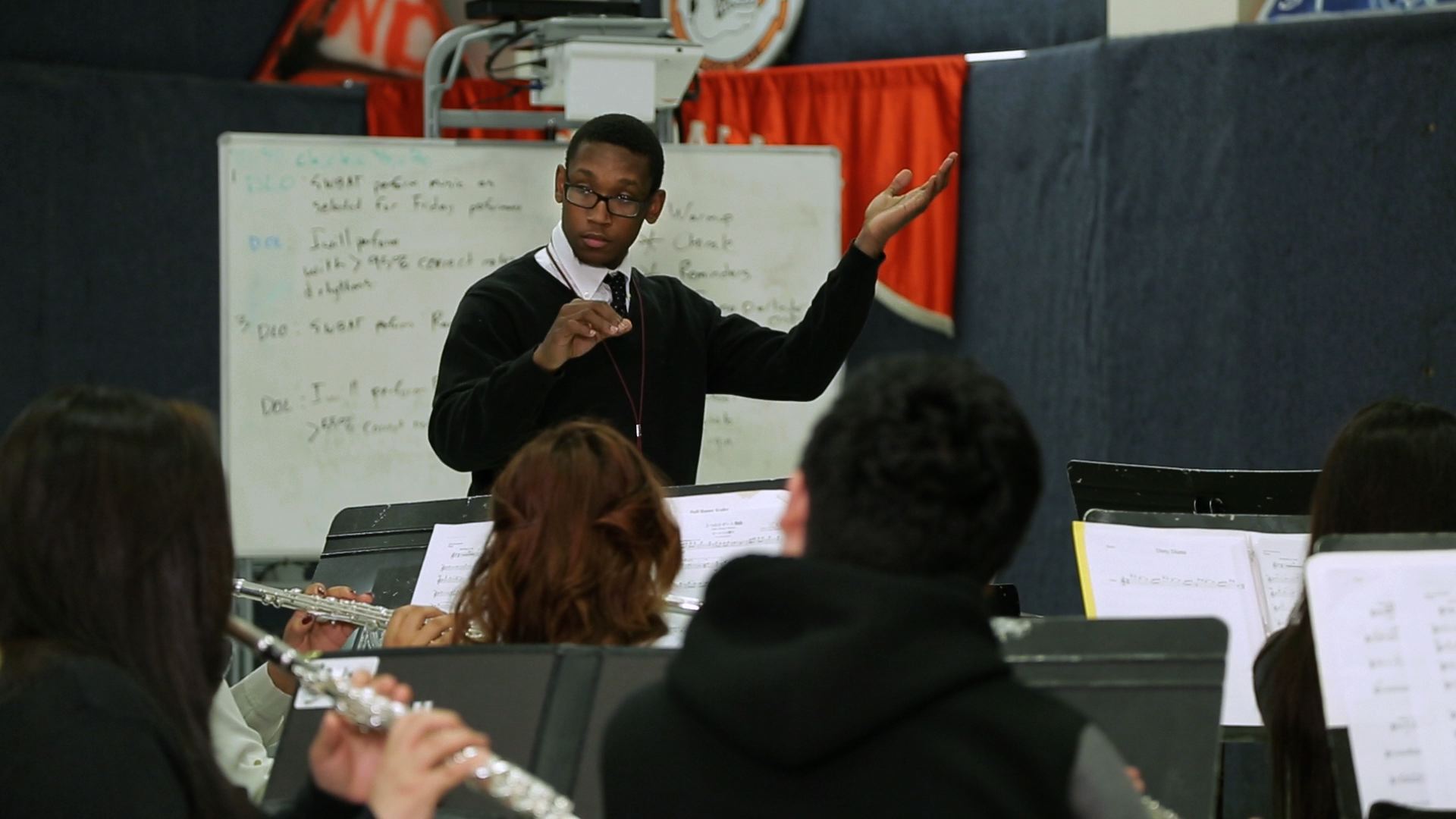 Desmond Davis works with fellow music students at North Dallas High School. The band room is “a place where I know I can express myself truly and fully,” he says. Photo/Ginny Martin

Band Is In His Blood

By high school, Dez was back in South Oak Cliff living with his grandmother, who has diabetes.

“It used to be nerve-wracking,” he says. “I had to wake up at 3 or 4 o’clock in the morning to help her out with medicine and stuff and then I had to get ready for school. Plus, the sports and stuff, and then got to go home, do homework and do chores.”

One afternoon, near his grandmother’s place, he got robbed at gunpoint.

But life was changing.

When Dez was a freshman, he had a new band director, Jesse Warmanen. 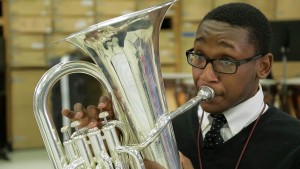 “Desmond is absolutely a hard worker for me,” Warmanen says. “He has, every day he’s been in the program, worked to improve himself, and improve the kids around him.”

Warmanen gave Dez leadership responsibilities because he recognized band was in his blood — and the band needed help. This senior year, as drum major, he’s led the marching band.

“He shows up before school, after school,” Warmanen says. “He’s here before I get to school in the morning, waiting to get into the band hall to just work with kids, write music for himself. And anything he can do just to help out.”

North Dallas High opened more than 90 years ago. Famous graduates include Looney Tunes cartoonist Tex Avery and Federal Judge Barefoot Sanders. Once at the northern edge of town, the red brick school is now nestled in a decidedly mixed neighborhood. Public housing and shelters sit near upscale shops and new apartments. Most kids at North Dallas High are minorities.

This is where a man named CJ, or Charles Johnson, entered Dez’s life.

Johnson was the school’s hall monitor and wrestling coach when Dez was a freshman. A Bulldog himself, CJ has spent the last decade and a half putting kids up at his house until their home life improved. 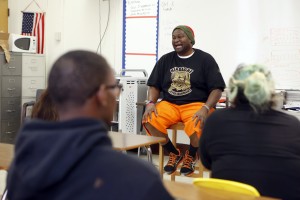 Johnson, who no longer works at North Dallas High and is now working security at Baylor Medical Center, extended an offer. Need a place to hang out for a few hours? On the weekend? Need a place to sleep?

“It started as being one day, and a day turned into weeks, and those turned into months,” Dez said. “And I just went ahead and said: ‘Well, Granny, I’m going to be staying over here now.’” 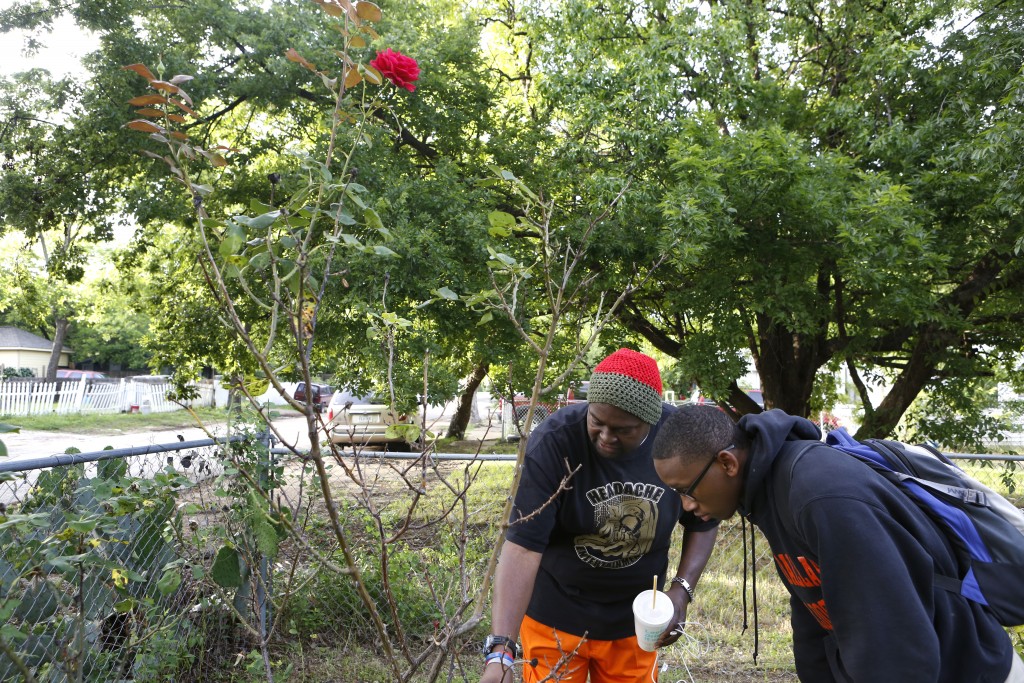 Charles ‘CJ’ Johnson instructs Desmond Davis on how to prune a rose bush at his home. Photo/Lara Solt

‘We created our own family’

Johnson’s South Oak Cliff home has become a refuge for troubled and homeless high school kids. Jerimi Gonzales, visiting a few months ago, is one of them.

“It’s kind of like we created our own family,” Gonzales said. “So CJ brought us in. That’s my father. He’s the head of the tree.” 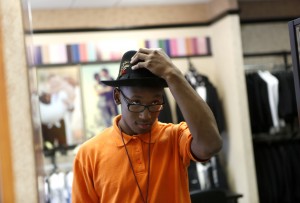 North Dallas High School student Desmond Davis tries on a hat while looking for a tux for his upcoming prom at Al’s Formal Wear in Dallas. Photo/Lara Solt

Gonzales, now 27 with a young son, was one of the first boys Johnson helped 11 years ago.

“He brings Desmond in, so that’s my little brother,” Gonzales said. “If he ever needs me, I’ll take care of him. Everyone can relate to each other, kind of not having no one, and wanting to be loved, like all human beings want to be loved.”

Dez has been learning that lesson.

“There’s always somebody in a worse position than you,” he said. “So you have to be grateful for whatever you get. And if you don’t get anything, you still just be grateful you’re alive.”

There’s another thing Dez is grateful for — Oklahoma State University.

What hooked him? A visit to Stillwater, where he saw everyone wearing neon OSU orange.

They were a family. 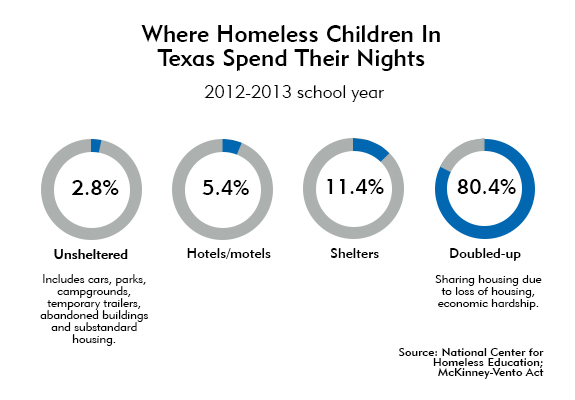 COMING UP IN OUR SERIES

Learn more about Charles Johnson, or CJ, the unofficial foster dad to dozens of homeless kids over the years. Check back next week for the third chapter of American Graduate: Homeless In High School. 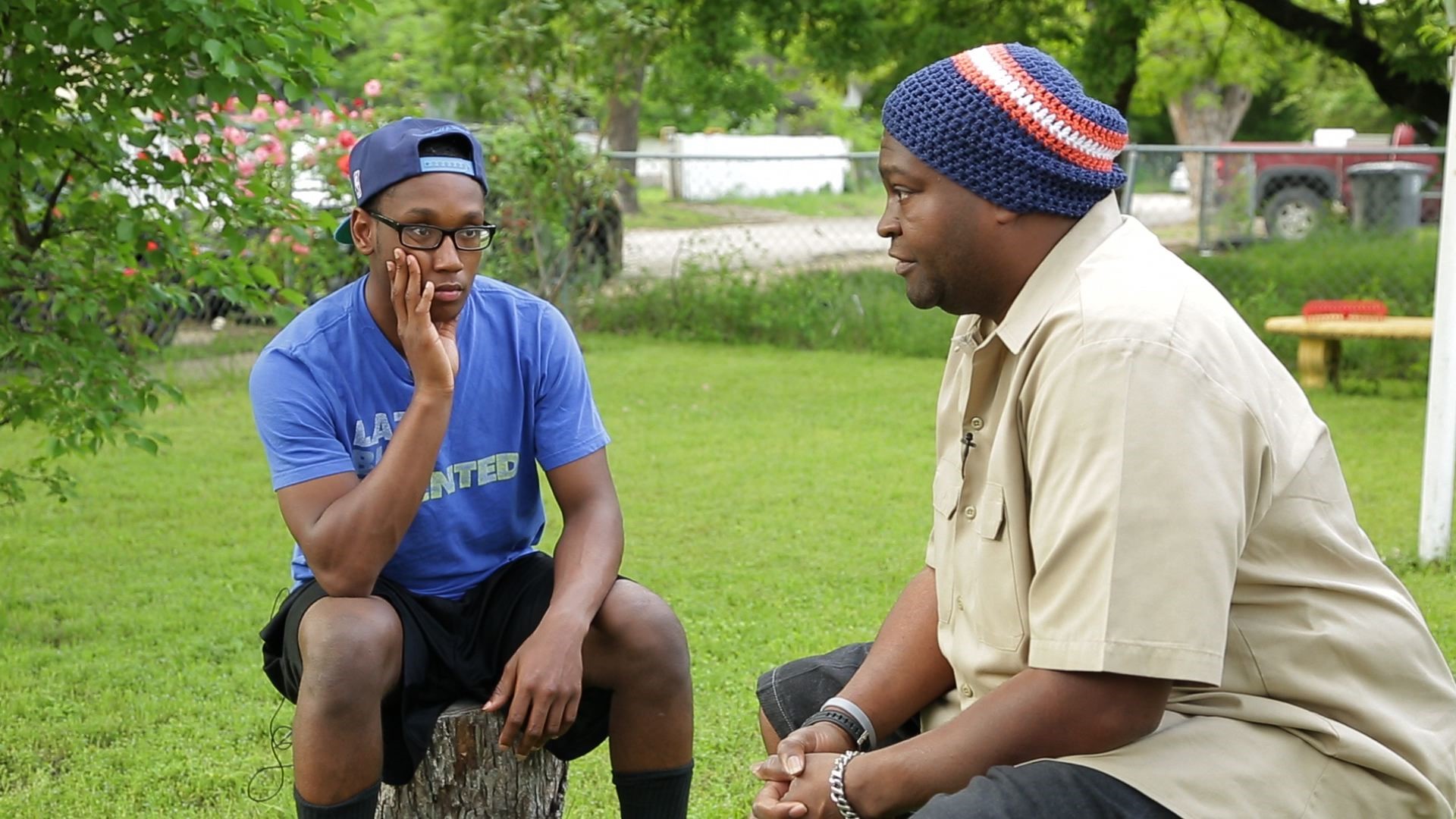