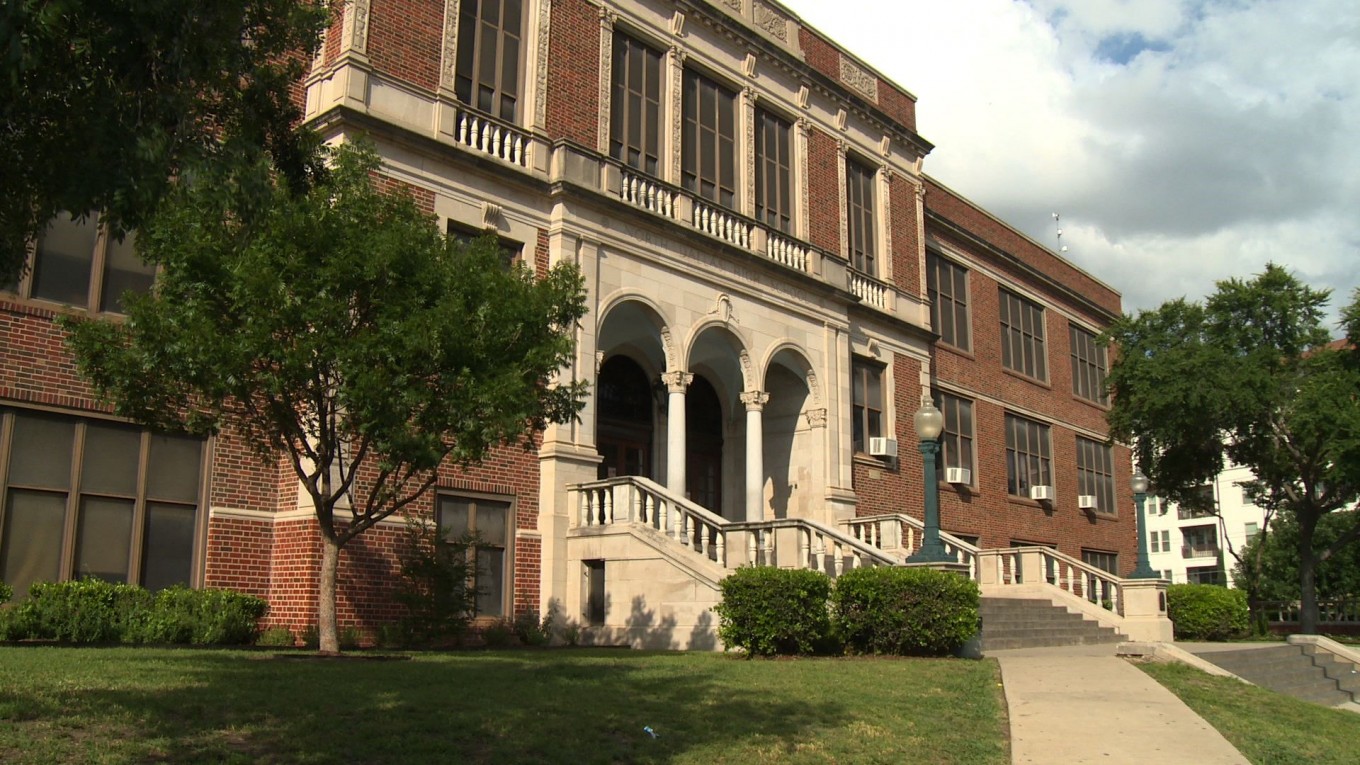 In This Dallas School, A Safe Space For Homeless Kids

North Dallas High School has the most homeless students in the Dallas Independent School District — one out of eight is without a home. Many see North Dallas High as a center of innovation, thanks to its homeless outreach efforts.

That was the number of homeless kids this past year in North Dallas High School. 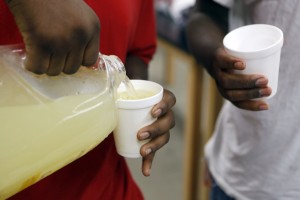 Students help themselves to drinks provided by volunteers from the Church of the Incarnation at the North Dallas High School drop-in center. Photo/Lara Solt

Homeless students are four times more likely to drop out, the National Coalition for the Homeless says. So, to try to change those odds, North Dallas High opened the Dallas school district’s first drop-in center three years ago.

“We’ve got breakfast tacos, we’ve got fruit, we’ve got juice, we’ve got cookies,” said Jim Rain, a drop-in center volunteer from The Church of the Incarnation, which is across the street from the high school. “Kids who’ve been identified by the school as homeless are free to drop in and get some breakfast, get some toothpaste, toothbrushes, sanitary stuff. We also have a clothing closet.”

The drop-in center helps turn the “homeless student” label into a real person.

Kymberly Jackson was in the drop-in center on a recent Friday morning for food and friends. The 16-year-old homeless student, who just wrapped up her sophomore year, lives in a shelter with her mom and two younger sisters.

She used to be pinned down by her bad behavior. But now she’s wrestling. It’s helped change her life. Kymberly Jackson, who is homeless, has earned a national wrestling title. Photo/Bill Zeeble

“Gave me something do to besides fighting,” she said. “So I just turned that fighting into something positive.”

Kymberly took a Texas wrestling title this year, which was a first for the district and the North Dallas High Bulldogs. Last month, she earned a national title.

Next month, she goes international for a shot at the Junior Olympics.

For all that, she’s grateful to the folks back home.

“Because it’s like there are a lot of people here that motivate me,” she says. “They’re very good motivators and they have good spirits. [There are] some people from church, so if I need to be prayed for, if I need to talk to someone about something, they’re always there.”

The Church of the Incarnation helped fill out Mark Pierce’s vision of this drop-in center. Pierce, the homeless education director for the Dallas school district, borrowed ideas from across the country, but most of those centers weren’t in schools.

“Our primary objective is to get these kids to school every single day,” Pierce says. “And to get them to their school of origin so they will graduate. Because they’re much more likely to graduate from the school they started at once they’re in high school. That’s where friends are, that’s where activities are. That’s where the teachers are that know them and the counselors that know them.” “If there is a class of 400 freshmen, the statistic is that only half of them will make it to graduation,” Gonzalez says. “We have several kids that have been with us through the beginning of the program. All of the seniors that come here are actually graduating. So that’s something we’re really proud of.”

In addition to the drop-in center, North Dallas High also has a social services director. The school also uses psychologists and psychiatrists who work for the district. Thankful for the help

Then there’s the Action Team, a club that gives students a chance to do community service. Charles Johnson, who’s taken in several homeless kids from North Dallas High, created the group.

Action Team helps kids earn credits to graduate, but also serves the homeless in nearby shelters. Charles ‘CJ’ Johnson, left, and Desmond Davis, a student who is currently living with him, talk to other Action Team volunteers during an Action Team meeting at North Dallas High School. Photo/Lara Solt

Sophomore Jeannette Ruiz says she joined to give something back. Talking about it makes her choke up.

“We were homeless for a long time,” she said. “And all the shelters that helped out, it was mostly the community here.”

She got food, too, Jeanette says, fighting through tears. But she insists on finishing her story.

“We did Angel Tree with Church of the Incarnation, and one year I was about 10 and they gave us Christmas presents, which is really cool because we didn’t feel the Christmas spirit. But through, like Angel Tree, that really helped us out. We really felt like people were trying to help us and we actually mattered. That just made us feel really great.”

She says the Action Team’s great, too. Members urge each other to do well in school and to graduate.

Next year, things change at the school.

There will be a new principal. Johnson, the Action Team founder, has left for a new job. One staff member who helped homeless kids every day won’t be back either.

Pierce isn’t worried. He says the community liaison remains, and so does the drop-in center with its team of church volunteers.

Schools live through changes all the time. As long as there are people who care, he says, this one will be a refuge for kids who are homeless in high school.

Stories Of Homelessness In North Texas