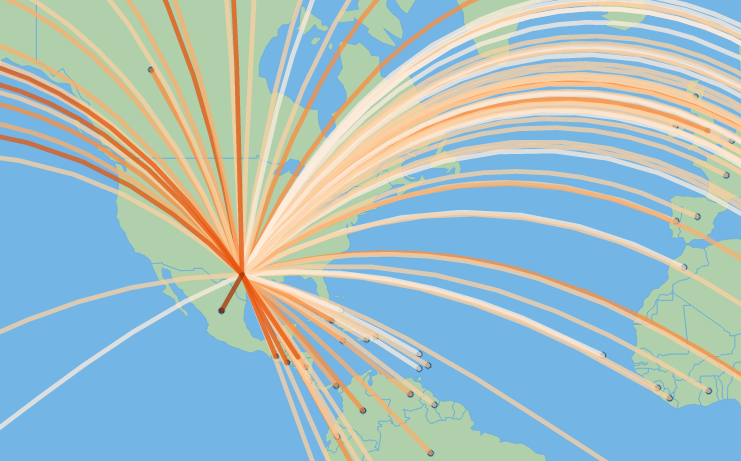 Texas is a melting pot, with immigrants coming to the Lone Star state from around the world. In 2010, more than 4 million people in Texas were born in other countries. Hover over each line below to see the place of birth for the foreign-born population in Texas as of 2010, according to American Community Survey data compiled by the Migration Policy Institute.

Texas’ foreign-born population hails from scores of countries. Here’s a look at the top four as of 2010:

Going From Spanish (Or Urdu Or Arabic) To English