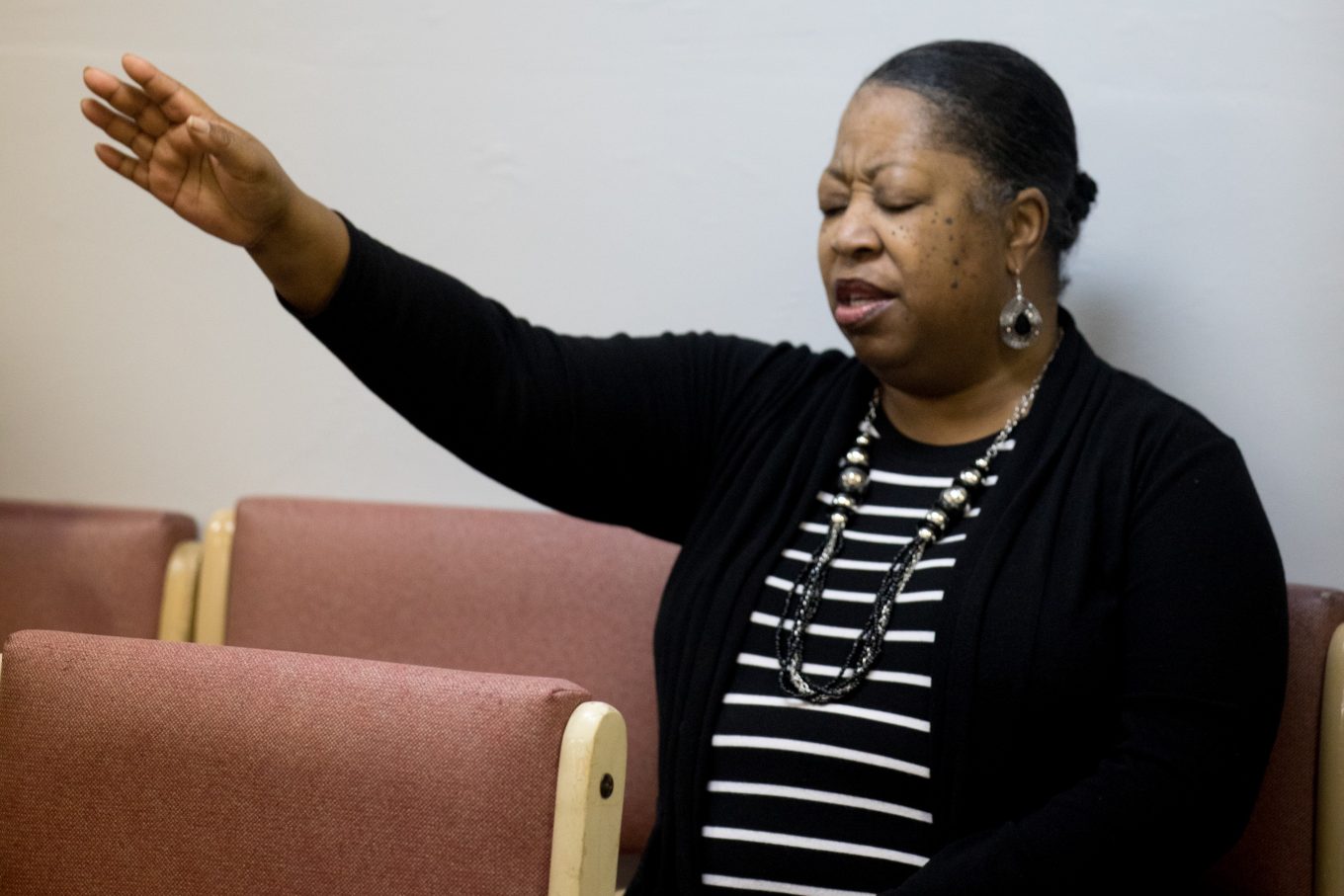 A Mother Struggles To Care For Her Adult Son With Schizophrenia

When a child is diagnosed with a mental illness, parents can play a crucial role in their treatment, but what happens when those children become adults? One Fort Worth mother is caring for her adult son with schizophrenia — and the legal hurdles are tripping her up. 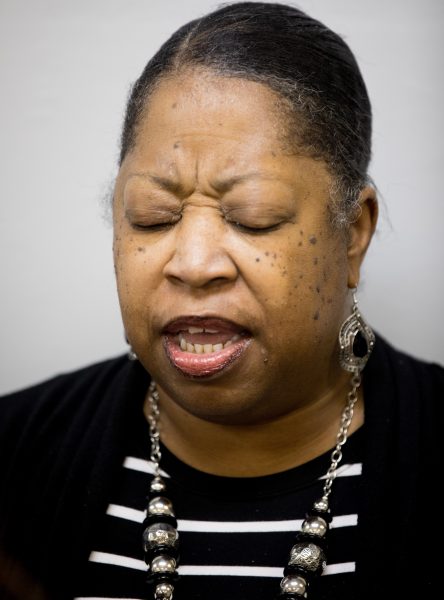 Debbie Spruell worshipping at church in Burleson, Texas. She says when her son Jermaine was first diagnosed with schizophrenia she didn’t know a lot about the disorder. / Photo: Allison V. Smith

It’s a Sunday morning in November, and Debbie Spruell is wearing a black and white striped dress to match her fellow choir members at the Straightway Christian Church in Burleson. As the congregation files in, they join in song.

It’s been a tough morning. Before Spruell left home, her son Jermaine Hayley wasn’t in a good state of mind, and they had a disagreement. Spruell is a Fort Worth native and a caregiver to 30-year-old Hayley. He was diagnosed with schizophrenia about 10 years ago. Symptoms can be managed with treatment and can include  hearing voices, having hallucinations and a lack of pleasure in everyday life.

“He is never compliant with his medication once he gets out of the hospital,” Spruell said. “He goes in and out several times a year, and when he gets out he never takes his medicine again until he goes back.”

Much of the past 10 years have looked like this for Spruell. Hayley has been committed to mental health facilities across North Texas, usually for 90-day stints. When he’s released, he comes back to Spruell’s house.

“When he first gets out of the hospital, he’s primarily doing pretty good,” she said, “but after that, as he starts to decline, he’s not able to take care of himself or fix himself anything to eat.”

>>WATCH: Debbie shares more about her difficult life at home with Jermaine.

Spruell works full-time to support the two of them — but she’s getting older, and it’s getting harder. At times, she says Hayley has torn things up around the house. Spruell has tried to get him into some group homes, but he never wants to stay. When she’s home, Spruell spends a lot of time alone, reading or watching crime dramas on TV.

“I have to stay locked in my room most of the time depending on how he is,” she said. “If he is having a pretty good day, then I’m able to come out, straighten up. But if he is not, then most of the time, I go and get he and I something to eat, and I stay back in my room and try to stay out of his way.”

‘She’s Falling In This Gap’

Despite being his caregiver, Spruell can’t force Hayley to take his medication or make any concrete decisions about his care. That’s because he’s a legal adult with his own rights.

“Debbie has a problem that’s sadly typical to Texas law, which is that she’s falling in this gap within the laws,” says Matthew Bourque, an attorney with the Johnson Firm in Dallas.

He said Texas offers some legal remedies for people like Spruell and Hayley. Spruell could seek a medical power of attorney, but Hayley could revoke the agreement.

What Is A Guardian?

Texas HHS says guardian and ward are legal terms used to indicate the relationship between someone who protects another person (the guardian) and the person being protected (the ward).

In Texas, the process to appoint a guardian includes:

There’s the option to seek a guardianship, a more permanent legal tool which could allow Spruell to decide where Hayley lives, who he sees and what type of treatment he receives. That would also mean stripping Hayley of basic rights, which is why the state of Texas says guardianship should be the last and “best available choice.” It can also be expensive, and applications have to be filed with a court.

“In addition to the financial toll, the time toll, there’s often a deep and harmful emotional toll on all the parties involved,” Bourque said.

Four years ago, state lawmakers introduced a new tool called a supported decision-making agreement. It’s meant to be a less extreme alternative, allowing adults to appoint someone to make certain choices for them, without going through the courts. But even if Hayley and Spruell signed off on an agreement, the concept is still pretty new.

“So when you hand one of those over to an institution like a hospital or a bank, they’re probably going to look at it quizzically and not really know what to do with it,” Bourque said.

For now, Spruell isn’t certain of her next steps.

“Getting support from friends, family, loved ones, church members is very important,” she said. “Because if I didn’t have people praying for me, I wouldn’t be able to make it.”

>>Explore the series On Our Minds: The Caregivers

Caring For Someone With Dementia Can Be A Full-Time Job