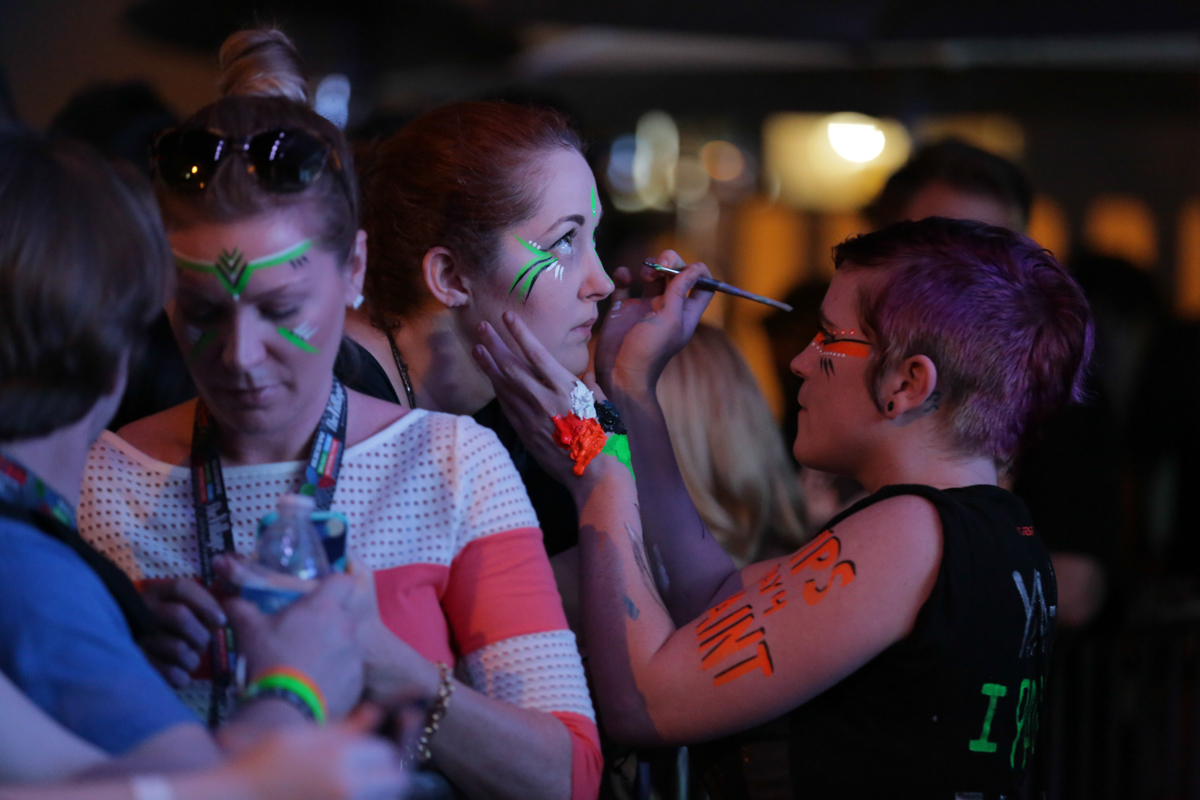 Sorting through the noise at SXSW

With thousands of concerts, parties and impromptu performances to see at South by Southwest this weekend, how do you sort through the noise? Mark Abuzzahab, Program Director at our sister station KXT, is in Austin. He talked to Art&Seek Director Anne Bothwell about a mother-son act, a Fort Worth singer on the brink of big things and other acts he’s looking forward to.

AB: Who are some of the bands we may not have heard of that you are excited to see?

MA: One of the bands I’m really excited to see is a group from the UK called Wolf Alice. I guess the best way to describe them is they’re a four piece band, female lead singer, and they’re just kind of in your face. There’s a lot of attention on Wolf Alice. They recently got signed to RCA Records, which is a very good sign, that their independent release was picked up on a major label. So that just adds to the fervor that it’s the show, the band, that a lot of people are trying to get in to see at SXSW this year.

AB: Anyone from North Texas making a splash down there?

MA: Yes, Fort Worth’s Leon Bridges. I’ve seen him named in a couple major publications including, Billboard, as one of the artists to watch at this year’s festival.

I just saw him do a morning show broadcast with one of the radio stations here in Austin. Not only was it crowded, but it’s one of the few things that he’s doing. I think it’s smart that Leon isn’t playing 10 or 15 shows. He’s only doing really three or four shows during the entire conference. And to put that into perspective, it’s not unusual for a band to do three or four, or even five shows a day.  So there’s a lot of attention on Leon Bridges and his album isn’t even out yet. It’s coming out in June. But there are only going to be a few chances to see him play at this year’s conference.

AB: KXT’s one of several stations broadcasting live from the Public Radio Stage…

There are a number of acts that I’m really excited to see at SXSW that will be part of the Radio Day Stage.

Courtney Barnett is an artist that KXT listeners are probably familiar with. She’s definitely an artist to watch at this year’s festival. People are predicting great things for her. She’s an Australian singer with just an incredible rock band. She has a unique way of writing songs too. Her lyrics are quite memorable.
One of the other great stories from this year’s festival is Madisen Ward and the Mama Bear, which is a mother and son combo from Kansas City. There’s a lot of attention on them. One of the few performances they’re going to be doing is at the Radio Day Stage. It’s a great way to experience a little bit of SXSW without having to deal with all the crowds and all the traffic.

On The Road: SOAK

DJ Windows 98, Spoon, TV On The Radio and more